IS THIS THE AGE OF AQUARIUS? MILLICAN HOPES SO 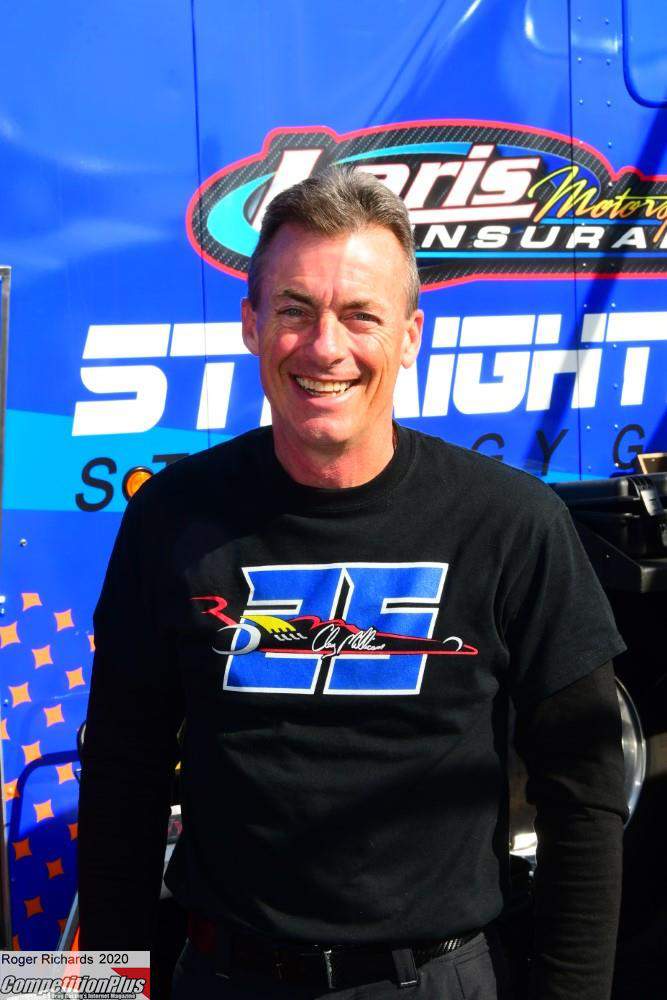 Clay Millican has been dancing the numbers rhumba.

“We didn't come out here to put any hero runs down. We didn't have any intentions to making full pulls,” Millican said, despite clocking a 3.780-second elapsed time Friday in his overhauled Parts Plus Dragster.

He had his mind on other numbers.

ALAN PRUSIENSKY RETURNS TO PRO STOCK, BUT WILL HE RUN THE ENTIRE 2020 SEASON? 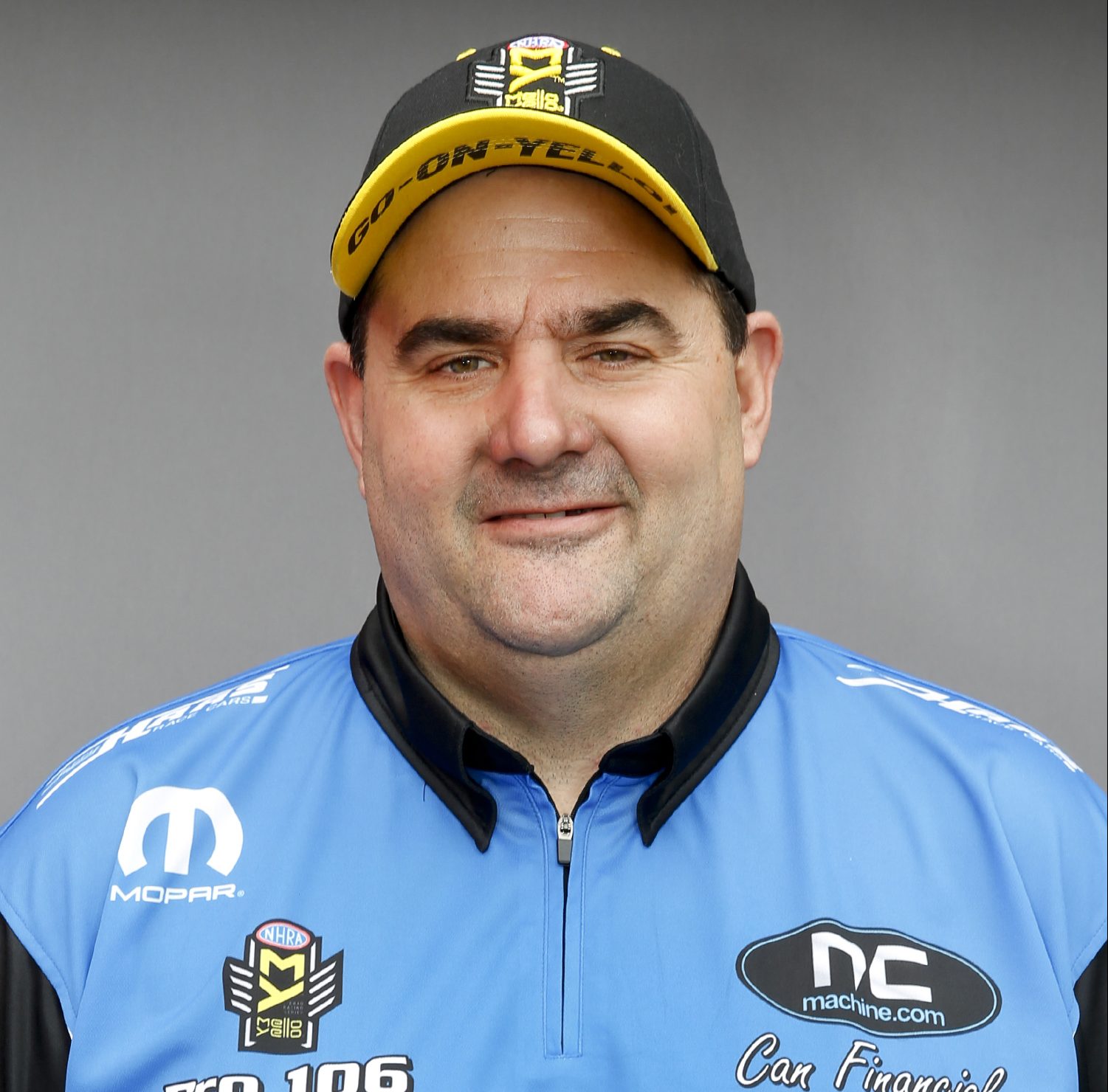 NHRA Pro Stock driver Alan Prusiensky makes his return to the Mello Yello Drag Racing Series next weekend in the 2020 season-opener. But will he race much after that?

Prusiensky, who suffered a fracture to his L5 vertebra in a grinding crash at Charlotte last October, said he plans to race the entire season. That, however, could change.

“I would say I’m going to race the whole season,” Prusiensky said. “I’m just going to start the season off and see how it goes performance-wise. Performance-wise is the most important thing right now. See how it runs and see how competitive I can be.” 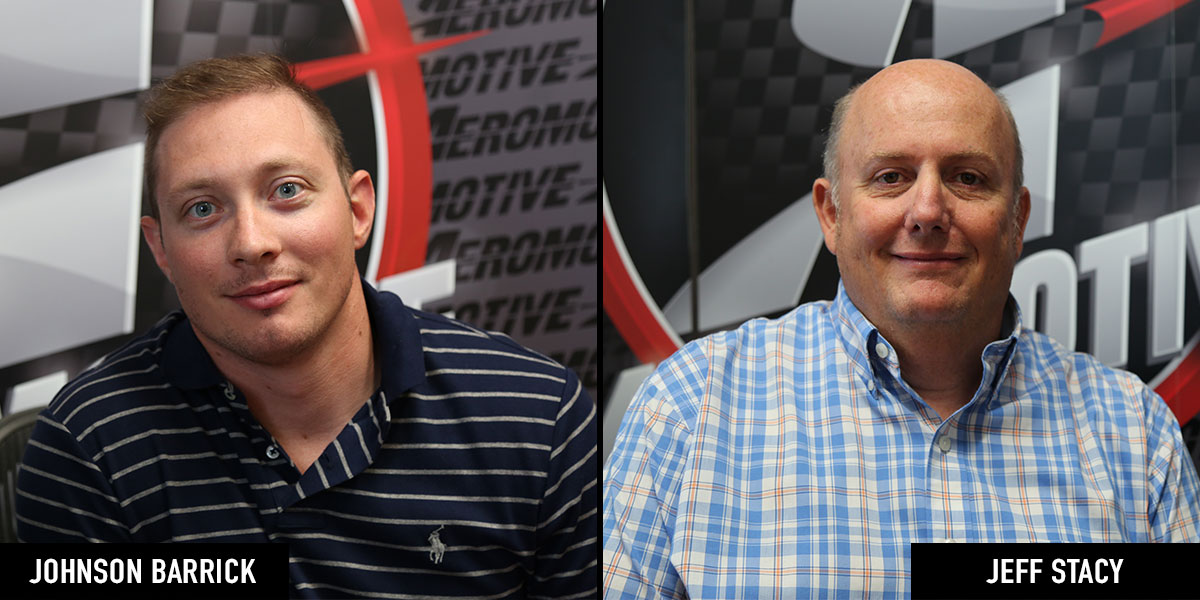 Aeromotive, a leading manufacturer of aftermarket fuel systems and accessories, has announced the promotion of two employees into senior management roles.  Johnson Barrick has been named vice president of sales and marketing, while Jeff Stacy has been promoted to executive vice president of both Aeromotive and its Waterman Racing Components sister brand.  These promotions took effect on January 13, 2020. 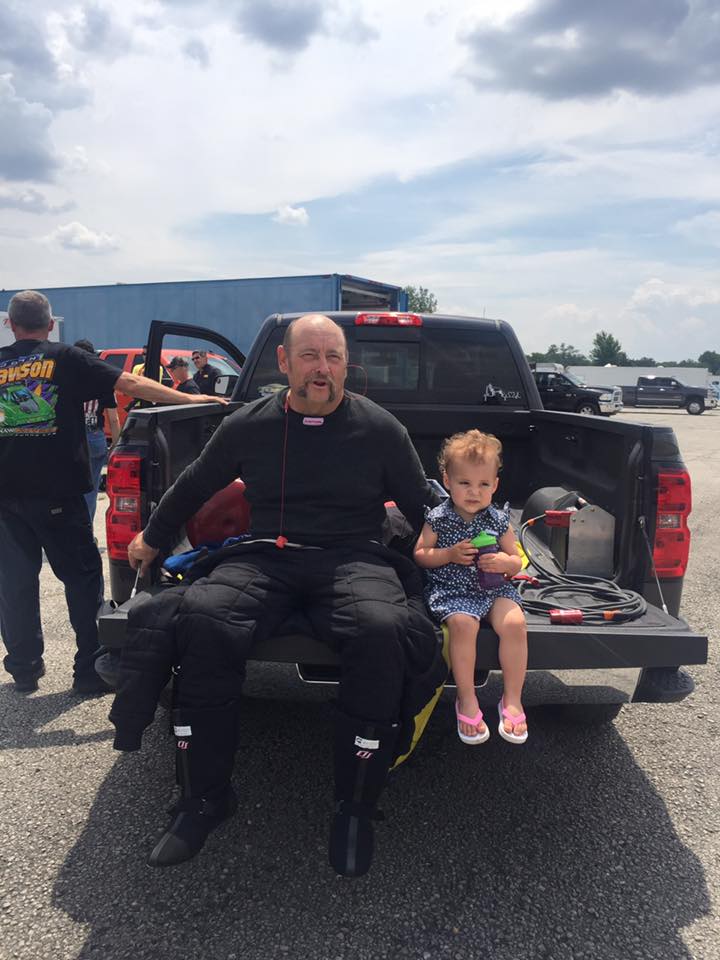 Right now, many details remain unknown but what is known is there were no injuries reported. The facility reportedly housed Lawson's street rod collection. 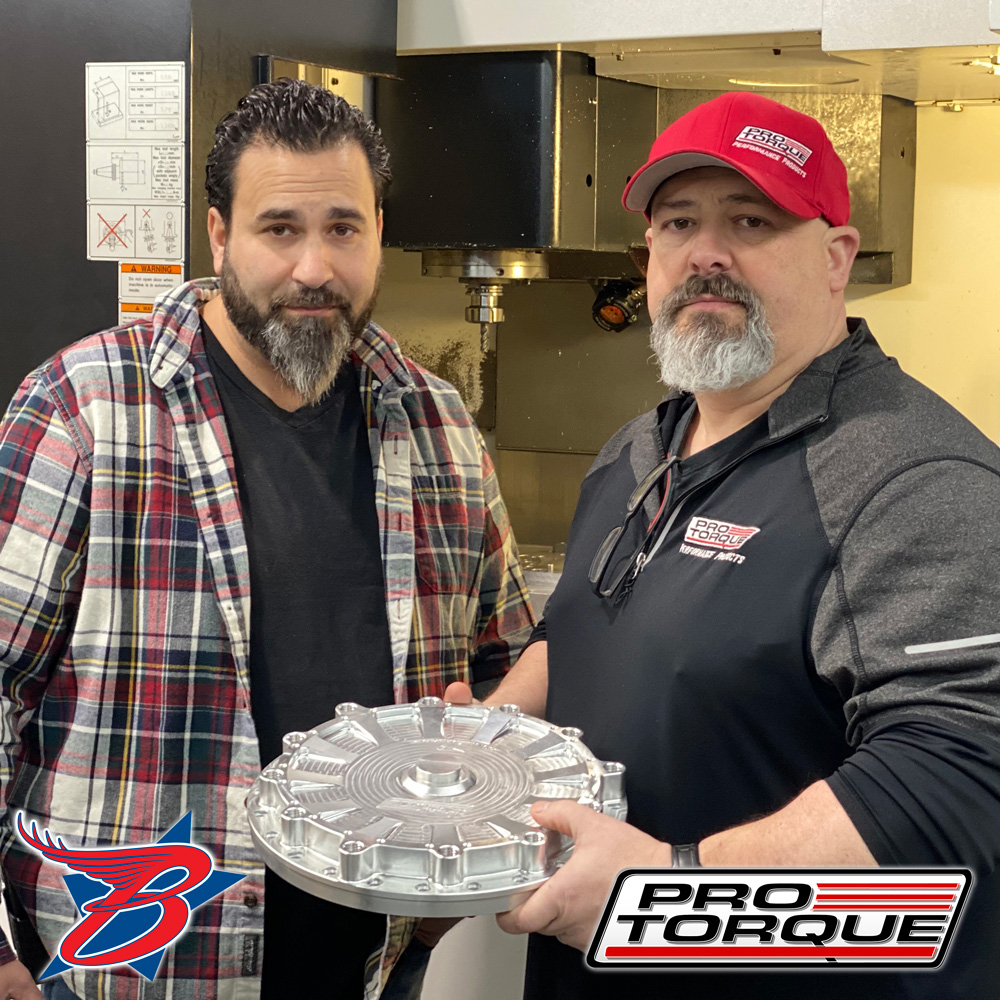 ProTorque’s Joe Rivera has partnered with the “King of Clutches” Rob Boninfante of Boninfante Friction, to up the ante on the market-leading line of ProTorque converters. This alliance ensures growth and a bigger, better future for the company, its customers, and the racing industry.

Putting two of the performance industry’s premier minds of the “bellhousing” together in one place makes sense for a brighter future.

Honing their skills since adolescence and with similar backgrounds from having grown up in the industry, Rivera, and Boninfante, each brings a lifetime of experience and proven performance as experts of their respective fields and crafts. 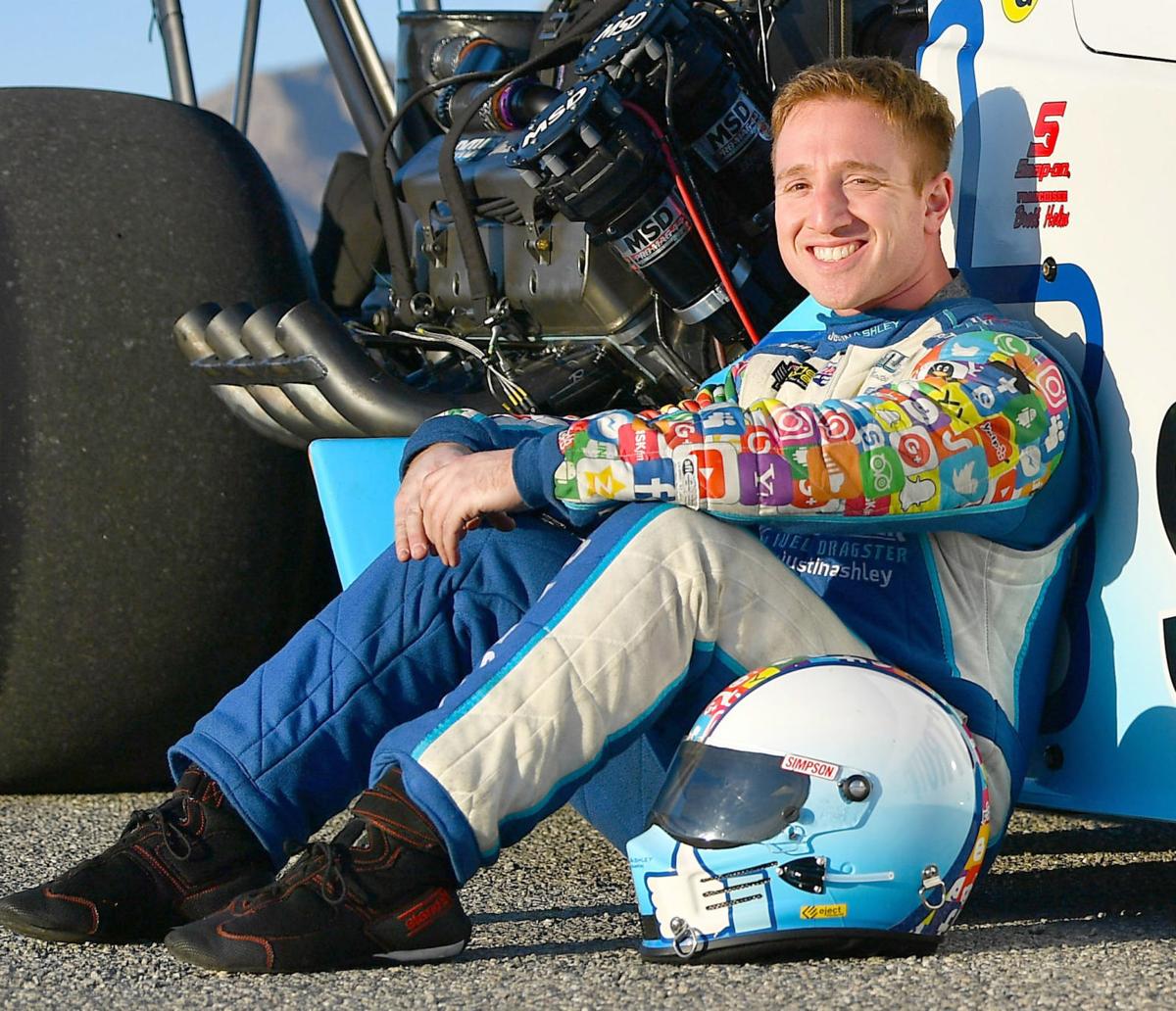 Justin Ashley’s plan for his second season in the Top Fuel ranks calls for 12 races, with the possibility of two more.

“We’ll start at Pomona, then we'll go to Phoenix and Gainesville to kind of try and get ourselves into a rhythm by doing the first three races of the year. We would love to do all 24 and compete for a championship just like all the teams out here, but it's going to take some time and we're going to continue to work together on the business side of things and as a group and we'll get to that point. But right now 12 to 14 races is where we're going to be at for this year,” the 24-year-old New Yorker said.

And that’s a mind set that distinguishes Justin Ashley from the pack. His passion is tempered with a strong sense of business.

LANGDON SHINES IN TRANSITION BACK TO TOP FUEL 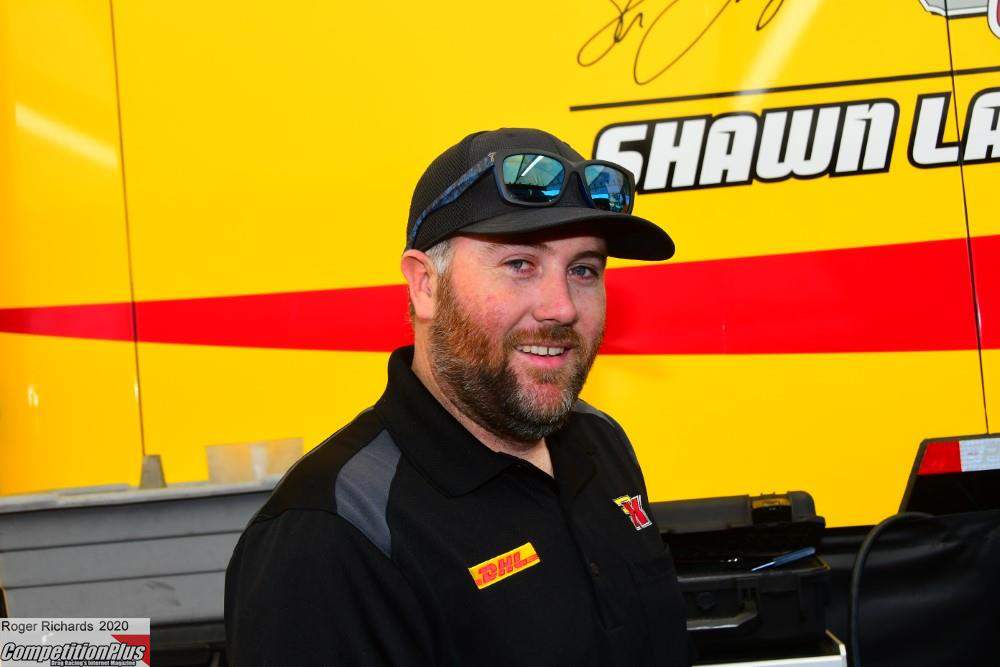 Before this past Thursday, Shawn Langdon hadn’t even sat in a Top Fuel dragster since the end of the 2017 season.

"We got everything kind of adjusted and got the warm-up going. So everything seemed good,” he said just before hitting The Strip at Las Vegas Motor Speedway in the DHL Dragster at the outset of PRO-sponsored preseason testing.

Knowing how much success he had enjoyed in a Top Fuel car, first with Morgan Lucas Racing, then in a championship run with Alan Johnson Racing, a stint at DSR, and finally with Kalitta Motorsports, someone told him he will enjoy being back in a dragster. “I think you're going to be happy boy” was the prediction.

CTech Manufacturing, an industry leader in the manufacturing of racing carts, cabinets and drawers, has been named the title sponsor for the upcoming Drag Illustrated World Doorslammer Nationals, which takes place March 6-8 at Orlando Speed World Dragway.

The inaugural event puts the spotlight on Pro Mod and Pro Stock, as winners in both classes at the CTech Manufacturing World Doorslammer Nationals will receive $50,000. CTech Manufacturing has built an impressive resume in drag racing and motorsports, but the highly-anticipated event marks the first time the company has stepped into the title sponsorship role in drag racing. 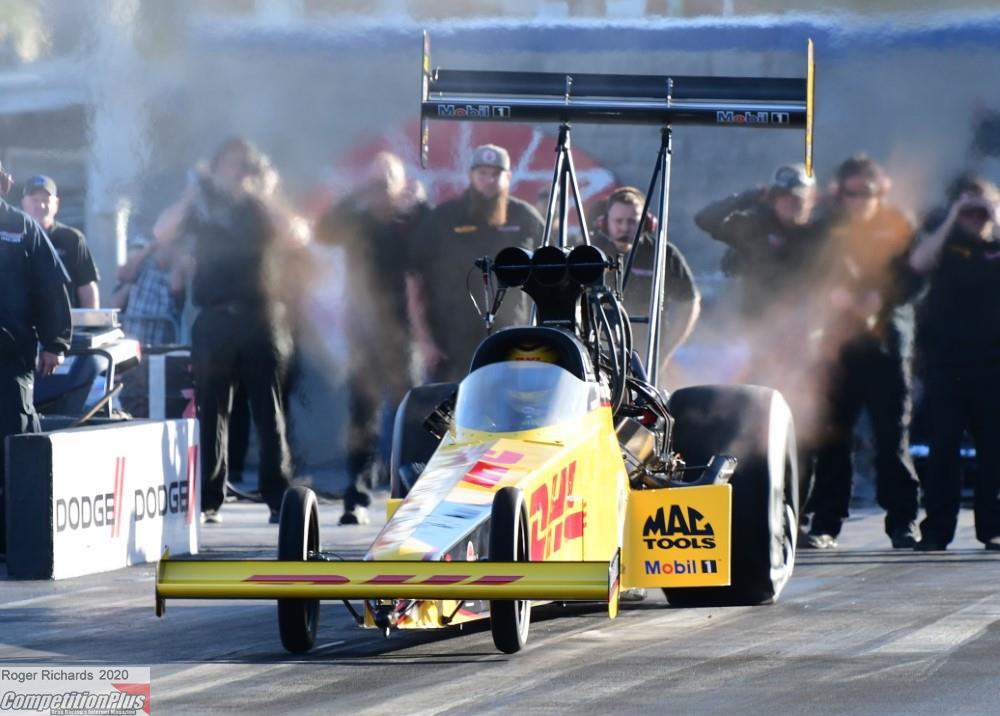 The Professional Racers Organization [PRO] test came to a close on Saturday after hosting three successful days of runs for drag racers who compete on the NHRA Mello Yello Drag Racing Series tour.

In the end, returning Top Fuel driver Shawn Langdon and Funny Car pilot Matt Hagan emerged as the head of their respective classes.

Langdon stopped the timers behind the wheel of the DHL dragster with a 3.685 second elapsed time at 325.77 miles per hour. Proving the run was no fluke, he returned in warmer temperatures and added a 3.691 follow-up. 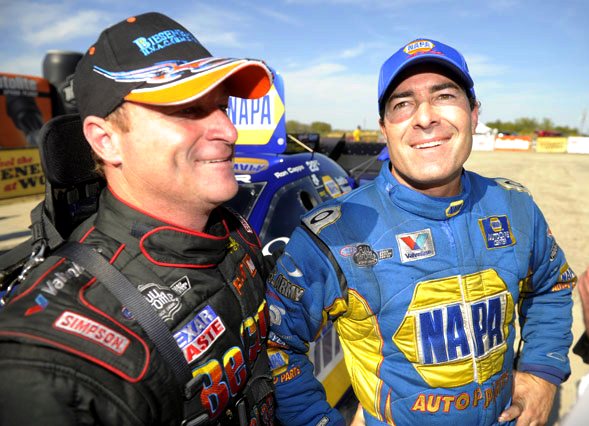 In less than a week, Funny Car racer Ron Capps’ emotions have gone from disappointed to elated with a series of cross-country events that string from his home at Carlsbad, Calif., through Las Vegas and Amarillo, Texas, and finally Miami. This past Tuesday his NAPA Dodge hauler – which contained two Funny Cars, his helmet, brand-new firesuits, and all his Don Schumacher Racing team’s tools and equipment – experienced a severely damaging fire. It occurred near Amarillo, Texas, on the way to testing at Las Vegas. It was unsettling to try to learn the extent of the loss, what the team was doing to recover from it, and how it will affect his start to the 2020 season next weekend at Pomona, Calif., at the Lucas Oil Winternationals. And Capps had to appear Friday at The Strip at Las Vegas Motor Speedway for a DSR photo shoot and commercial filming.