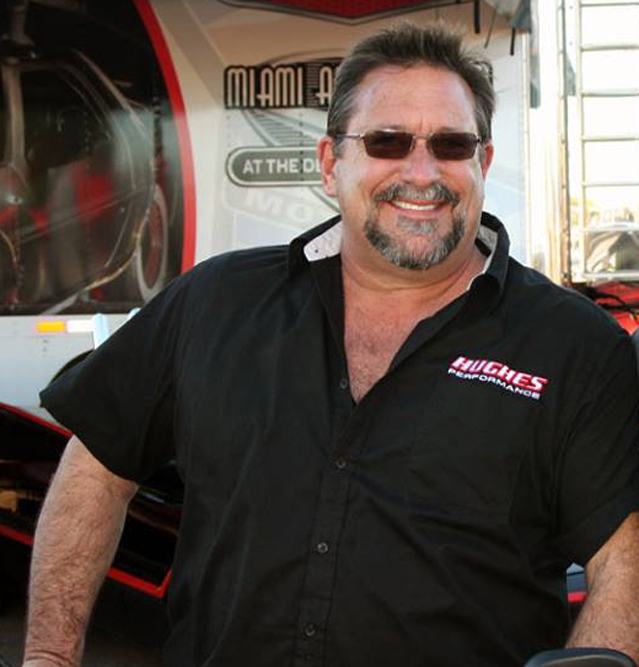 “You can tell the tracks that have a lot of pride in ownership. And now that I’ve got a track, I realize how much work it takes to keep a place up.”

A legend in the sportsman ranks, Jim Hughes, of Phoenix, is the owner-operator of Tucson Dragway. Hughes has over 40 years of experience in the performance and racing industry and even spent time behind the wheel. He started racing in the 1970s and earned multiple victories across the country, including four division titles. Most notably, he raced to the NHRA Super Comp world championship title in 2002.

Located just south of Interstate 10 on the Pima County Fair Grounds, Tucson Dragway is one of the nation’s most active drag racing facilities. Formerly an IHRA track, Tucson Dragway offered a full and dynamic schedule with nearly 100 events in 2016 as part of the NHRA Member Track Network in Division 7.

So how did Hughes, an accomplished racer and namesake for Hughes performance converters and transmission for nearly four decades, get into the race track business at nearly 60 years of age? 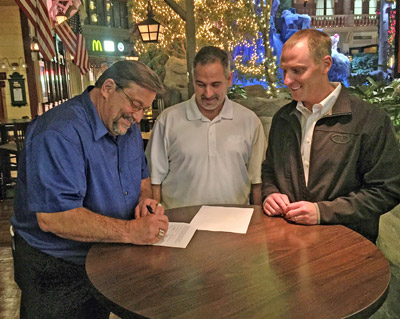 “Well, I came down to Tucson to actually buy a two-seater dragster from IRG at the time. And while I was waiting for them to get it out of the trailer, I was looking around and I looked at the track and the lighting and I hadn’t been here for a few years. But it just hit me how nice this place is and how much potential it has,” Hughes said. “Then I heard that it was possibly going to be made into an RV park and we’ve lost so many race tracks already. I took a look at it and it made sense. At the time, I sold out of Hughes Performance, and was looking for my next move. And now here I am.

“It feels awesome. It’s really exciting. It’s a challenge. It gives me the opportunity to accomplish something new. I think there’s a light at the end of the tunnel and it’s going to be very rewarding.”

In the midst of his second full season at the facility, Hughes says that his years of racing experience has actually helped him better relate to the competitors at his own facility, and even lend a helping hand when they struggle with the track itself.

“I think it all stems from being a racer myself and then being a manufacturer. I knew, through our race team, what product the racer was looking for. We designed and built products by racers, for racers, and it made a big difference because we knew the end result,” Hughes said. “Now, being an owner/operator at a dragstrip, I also know the end result that the customer is looking to achieve. Therefore, I can go out there and try to fulfill his or her needs.

“When we were racing, we would basically go up and look at a track, look at the track conditions, and we would set the car up accordingly. Now, being on the other side of the fence, we can bring the track to the cars or to the different categories, and that’s a really cool part.

“If we’ve got a good track and a guy still can’t get down, then I have the ability and opportunity to help him again as a customer to work on his car. Whether it be the converter combination, the gear ratio, the tire size, the four-link setup, the chassis tune-up, whatever it may be. Because of the years of experience that I’ve had on my own equipment, now I can bring that to the customer base.”

Of course, it’s not always rainbows and butterflies when dealing with competitive individuals.

Sometimes, Hughes finds himself on the other end of the very same disagreements he would have with track operators over a decision that directly impacts the racers themselves. 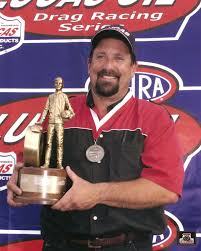 “Being a track operator, you’ve got so many different variables that you need to take into consideration before making a decision,” Hughes said. “And that’s the one thing you have to consider, you’ve got to make decisions that are not always going to be in the best interest of everybody. But you have to be consistent on your decisions.”

Another challenge is balancing the entertainment, or “show” portion of an event, with the competition. Again, Hughes found himself in agreement from his days behind the wheel, but in this day and age of putting butts in seats and filling the pit area, it isn’t as simple as dividing the show from the competition.

“For years I thought it was all about the competition. However, the other part of the equation that the racers look at when they come to an event is if he or she wants to have a good time with their friends and family,” Hughes said. “If they are not having a good time, then it doesn’t matter if the points are there. They can win championships, but if they are not having fun, there’s something missing from the equation.”

To this point, it would be fair to say that Hughes’ plunge into facility ownership has been a success.

In 2016, Tucson Dragway held over 100 events, with a similar calendar on tap for this season. While it hasn’t always been easy, as many of his contemporaries like to think, it has been rewarding. And that is what matters most to Hughes, a drag racer turned track operator who is using his knowledge on the other side of the business into a unique environment for his racers.

“Does being a drag racer make me a better track operator? Absolutely, because it builds passion,” Hughes said. “And if you don’t have the passion for a dragstrip, then you look at it as a business opportunity only. And if you do that, I don’t think you are in the right business.”