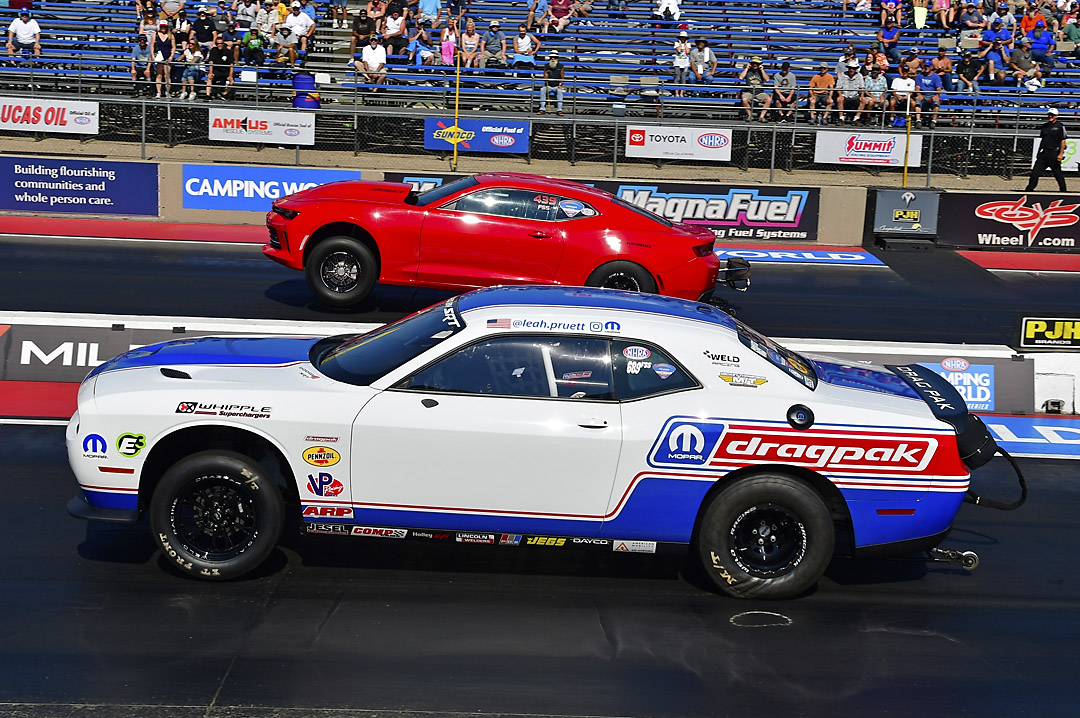 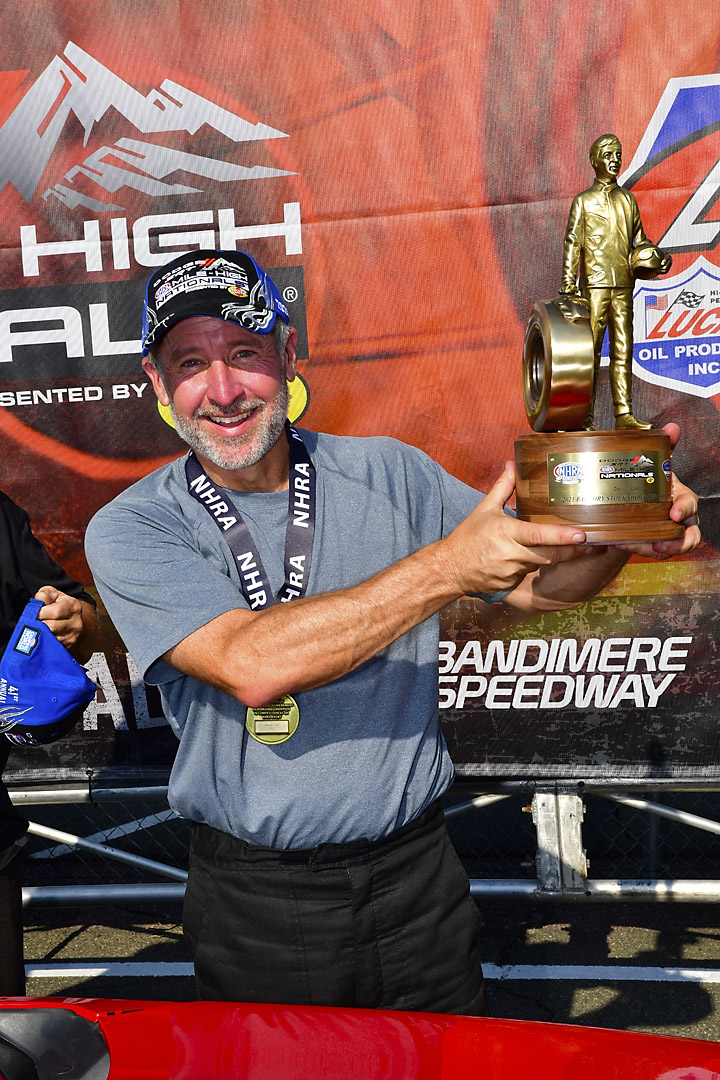 Stephen Bell drove his Chevrolet COPO Camaro to the Constant Aviation Factory Stock Showdown winner’s circle from the No. 3 qualifier position at the Dodge//SRT NHRA Mile-High Nationals today in front of a near record setting crowd. Bell took out Doug Hamp, Leonard Lottig, Arthur Kohn and finally Leah Pruett for the win.

“I am feeling now as good as I have ever felt in my life,” said Bell, after picking up the win. “It was a great day and we worked really hard. [Crew chiefs] Greg and Aaron Stanfield made great tuning decisions all day and I did an OK job driving the car.”

Throughout the day Bell kept his focus and took every round one by one. The final round was a race for the ages as Bell and Pruett left the starting line almost simultaneously with Bell getting the slightest of reaction time edges, .051 to .053, and at the finish line it was Bell getting the nose of his Camaro in front of Pruett’s Dodge Drag Pak. The final elapsed times lit up the scoreboard 8.259 to 8.265 seconds respectively.

“Things just went our way today. It was a magical day,” said Bell. “We have had a really fast car for two or three races and we just needed some racing luck. We will be at Topeka, Kansas, in August and then the U.S. Nationals. We are really excited and the car is running good."

In the quarterfinal round it was Arthur Kohn taking out No. 2 qualifier and Constant Aviation Factory Stock Showdown bounty driver David Barton. With $1,000 on the line Kohn took the win and the bounty with a nearly perfect .015 reaction time and winning elapsed time of 8.370 seconds at 163.69 mph.

With four races in the books for the 2021 Constant Aviation Factory Stock Showdown, attention will shift to the Midwest for the NHRA Menards Nationals in Topeka, Kansas, August 13-15. The fifth race of the eight-race specialty series will feature an ongoing battle between Chevrolet COPO Camaro, Ford Mustang Cobra Jet and the Dodge Mopar Challenger Drag Pak and a tough field of contenders.