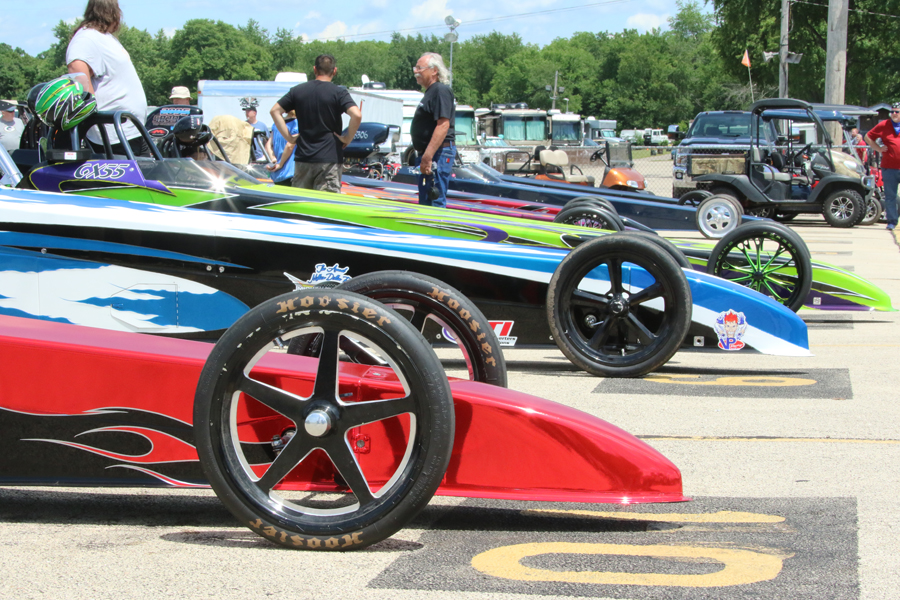 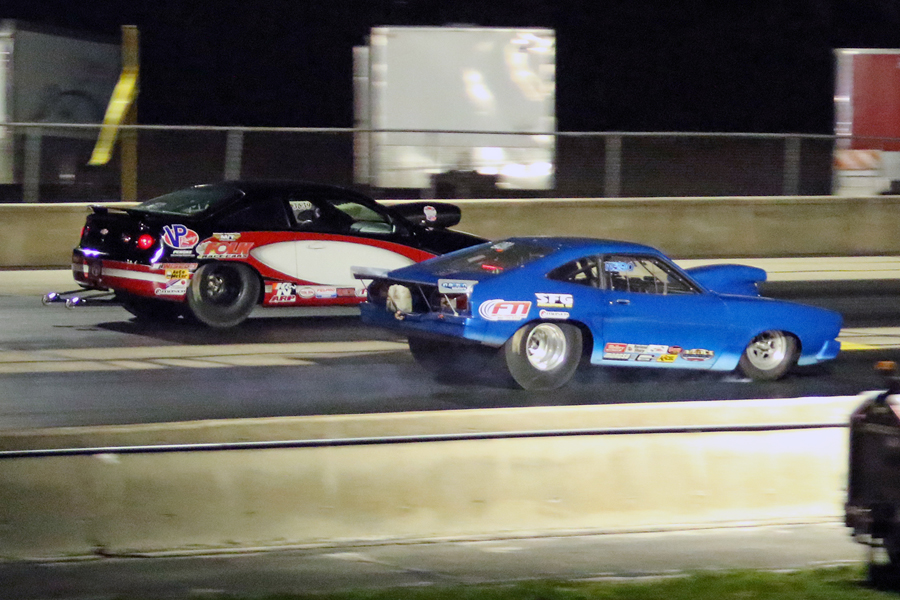 After 7 rounds of Door Car competition, the final two were Nick Hastings of Shelby, OH and Nick Folk of Durand, IL, a powerhouse on local and national stages. In this pairing, Hastings predicted his Mustang II would run a 6.07. Meanwhile Folk would paint a 5.79 on the window of his ex-Super Stock Chevy Cobalt.  When Hastings took the green it was with an uncharacteristic .040 reaction time, while Folk left with a perfect .000. As they made their way down the track, the lead swapped more than once. In the final 60', Hastings took the lead and crossed the stripe first with tire smoke from braking. He lost, breaking out by .045, while Folk also broke out with a "less worse" .029. Folk would go on to the $100k final with a 5.769 ET to Hastings 6.025. 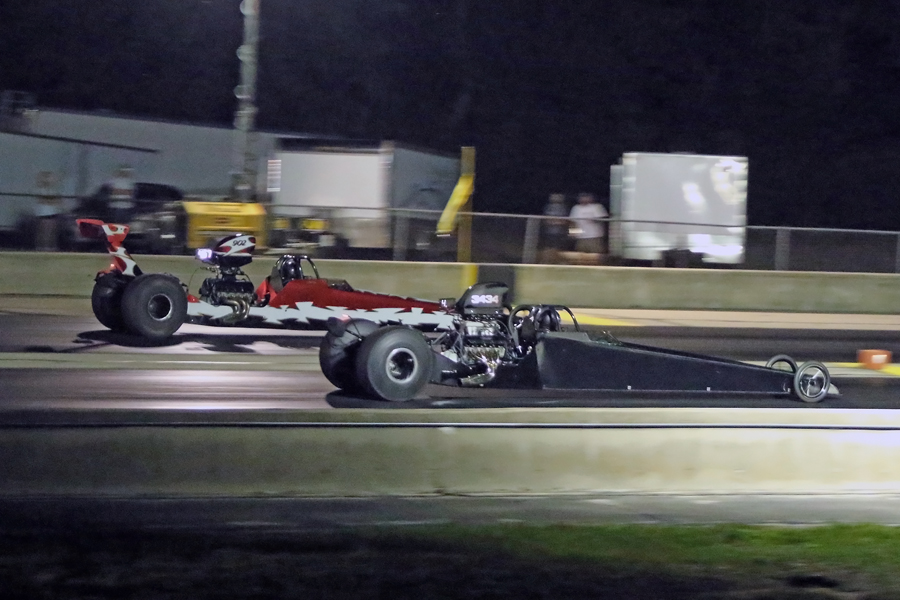 As usual, the Dragster class produced some incredibly close racing on Saturday. The last two dragsters were Steve Law, an automobile dealer from Booneville, IN, and St. Bernard, LA  commercial fisherman Wade White. Both drivers are highly accomplished, and in this race were evenly matched. Law dialing in 4.68. White a 4.67. White's .011 reaction time put him even with Law's dial in advantage, and they were glued together as they raced to the finish line. At the finish, Wade White literally inched ahead taking the win light with a breakout ET of 4.664 to Law's 4.669, also breaking out. White would move on to the $100,000 final round against Nick Folk.

With this final pairing, the Firecracker $100k Final  promised to be spectacular. Both Wade White and Nick Folk were very consistent all day. Both also successfully prepared their race cars for conditions that changed from daytime heat and humidity to considerably cooler night time air. Their dial-ins reflected this change with Folk predicting he would run 5.76 and White a 4.65. As the tree came down for Folk, he would leave .002 early, putting on the red light. Wade White reacted with .027 and would cruise to the finish line, earning the cool $100,000 prize. 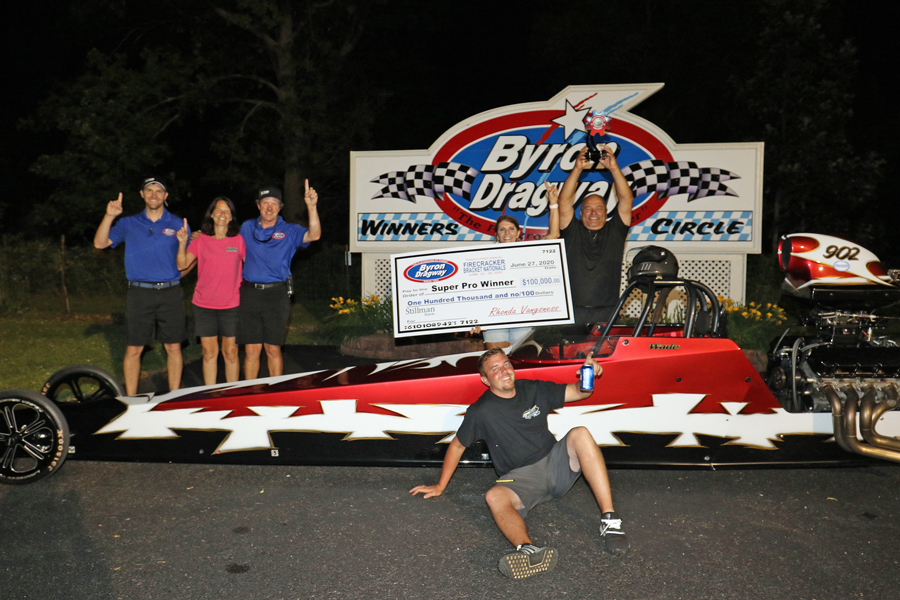 After the Winner's Circle festivities, Wade related that this race was not in their initial plans. "We were on our way to Martin, Michigan for the Million Dollar race. Annette heard this $100k race here at Byron was on, so we called B.J. Vangsness about open entries. Fortunately we got one of the last open spots and headed over to Byron."

Asked about where the credit for his day lies, Wade said "Everyone involved. Annette and I are a small operation, we run on our own dime. We had no easy rounds today, but I was very consistent. Deadly on the tree, and I hit my number just about every round." Wade credits Danny Nelson at Racecraft Chassis for a solid race car, Russ Miley Racing Engines for the power, FTI for the transmission/converter combo and Faron Lubbers at Hoosier Racing Tires for getting it all hooked up.

Finally, Wade White said "I can't thank B.J. Vangsness enough. He, his family and his people have always been good to us. We also can't wait to get to the next race. We play with house money the rest of the season!"

In Sunday's $60,000 to win event, Hunter Patton took the overall win in his Dragster over Andy Schmall's Door Car. In order to get there, Patton defeated Johnny Brannon, and Schmall took Door Car honors over Andrew DiPiazza.