DAVE DENSMORE SPEAKS (COMMENTARY): - IT WAS ALWAYS MORE ABOUT THE REUNION THAN THE RACING

There is no better example of the NHRA’s current disconnect with the sport it purports to promote than its callous handling of last year’s 25th annual California Hot Rod Reunion and its shameful treatment of those responsible for the event’s creation and success.

Twenty-five is an enormous milestone in any endeavor but, instead of a celebration, what the NHRA delivered was a swift kick to the nether regions; a boot to the balls, if you will.

Racers who spent months restoring old cars to their former prominence and took time away from family and business were turned away at the gate. And why? Because the NHRA, in its infinite wisdom, apparently determined that despite what you and I might believe, there apparently can be too many old cars at an old car event. I don’t know what that number is; the NHRA apparently does.

Furthermore, the number of cars allowed to “cackle” also was limited because someone in Glendora decided that vehicles which typically get more TLC than lap dogs and small children were a major safety issue.  I might have picked 340 mile-an-hour Funny Cars myself, but what do I know?

That the High Sheriffs now are trying to backtrack and restore the parameters that made the reunion the No. 1 destination for so many of those at the core of the sport’s development is commendable but, in my little pea brain, it doesn’t compensate for the blunders of 2016, especially since they were not blunders of ignorance but instead blunders of arrogance.

They were “because I said so” blunders, the kind of blunders for which the NHRA rightfully has been branded by critics as “the biggest buzz-kill in drag racing.”  If you’re an old Pro Stock Truck racer or if you raced in the old Sport Compact Series, then you know what I mean. 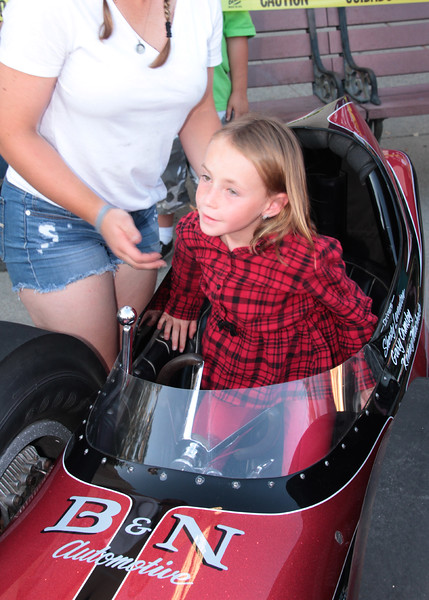 The bottom line is that upon retiring from full-time travel on the NHRA tour, one of my bucket list items was to regularly attend the CHRR.

In the aftermath of last year’s snafu, however, and with no malice toward either Bakersfield, Calif., the Auto Club of Southern California or AAA Raceway at Famoso, the hosts of the CHRR, I have opted instead to throw my support to the new Nitro Revival event created by the Father of the CHRR, former NHRA Competition Director and track operator Steve Gibbs.

After attending the inaugural last week at Barona Drag Strip, a track I would not have found without the navigational skills of Simon Menzies, friend, former racer and current California vintner, I’m confident that I made the right decision.

It was, after all, a day full of the three things about which the High Sheriffs seem to know so very little: fun, freedom, and drag racing history.

I don’t know what the future holds, but if they have another Revival, I’ll be there. Hope you will, too.