In addition to the more successful promotions, Mack and longtime partner Larry Clayton introduced the world to the first four-wide fuel Funny Car match (almost four decades before Bruton Smith did the same thing in Charlotte). Then there was the wacky “Dragzacta,” which allowed fans to take part in pari-mutuel betting on weekly bracket races as they would at a horse track.

Mack was involved in a lot of drag racing.

Today, Mack has shared his memoirs with CompetitionPlus.com recalling his in drag racing. His latest offering focuses on the days when the gas shortage affected drag racing much like is happening this weekend for the NHRA Four-Wide Nationals in Concord, NC. 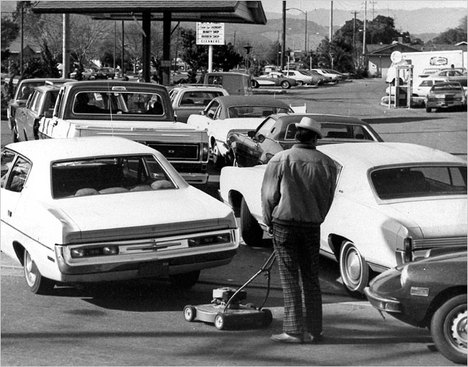 This latest gas shortage put a big scare in racers and fans planning to attend the Four-Wide Nationals in Charlotte, NC, since the Russian hack on the vital Colonial Pipeline caused almost all gas stations in the area to lose their supply of gasoline. When I couldn’t get gas for my car a couple of days before the event, I had to empathize with Bruton and Marcus Smith on their pending plight. Especially when I went through the exact situation decades earlier during the “gas crisis” of the 1970s

I was in my first decade owning and operating Maryland International Raceway in Budds Creek, MD. We were “lucky enough” to have our NHRA Winston World Championship Series event scheduled on the same weekend when the gas shortage peaked across the country. During the week before the race, the media told us this was the “end of life as we knew it”. Even the AAA warned drivers not to venture far from home that weekend because they would likely not find fuel to get home.

We were already shell-shocked by the experience of long lines at the pumps, fuel rationing, and skyrocketing prices. And now I’m faced with trying to get thousands of people to drive to Budds Creek, MD, to see a race that I am committed to and already have a lot of money invested in.

I’m already concerned about the future of my relatively new business. Can fans and participants still afford this sport? We’re already getting criticized in the press as a glaring waste of gas. The auto industry is dumping the muscle cars that created interest in drag racing. The public is suddenly more interested in buying Pintos and Corvairs instead of big V-8 muscle cars. Not very many good vibes.

I had a meeting at my office with my partner Larry Clayton and my best friend and ally Bob Hall. We had to face the reality that maybe racers and fans could not get to the track, which was close to nowhere. Could we afford to take that chance?

I firmly believed that our tracks and the entire sport of drag racing were facing an existential threat.

Larry and Bob felt we should cancel the event. I wasn’t sure how NHRA felt and whether I could cancel the contract we were obligated to. They had no money invested in the race and would be due a flat fee from us with no risk on their part. To their credit, they told me to use my best judgment and make the best decision I could.

For the first time in our partnership, I overruled everyone and decided to run the race. I did that after thinking about a great business lesson, my father passed on to me years earlier. He proved to be right then, and I felt that lesson applied to the current situation. Larry graciously agreed to take the chance after telling him that I had “a plan” that I thought would work. I owe Larry many thanks for always falling for my “But I Have A Plan” line before all our crazy promotions.

MAKE LEMONADE FROM THE LEMONS

During a deep recession in the country, I was faced with figuring out how to survive in the drag racing business and had a rare sit-down with my Dad. He really had no idea why I was involved in the racing business or what it was all about. But, he was the smartest man I ever met so I listened whenever he offered advice.

He asked what I planned to do to survive this economic recession. I answered that I had to cut expenses in hope of weathering the storm. That sounded like the obvious approach to me. He followed up by asking what expenses I would cut. I explained that my biggest expense, by far, was advertising and promotion and I would start there.

His reply shocked me. He said that was probably a great idea. That would assure that I would go out of business and I wouldn’t have to worry about making business decisions anymore.

He told me that when you are struggling to get business the LAST thing you should do is quit trying. When you are faced with that you have to fight harder than ever before to win business. Cutting back on advertising and promotion is like throwing in the towel.

He went on to explain to me that people who survived the Big Depression were those who found businesses that sold low-ticket items. His theory was that the hysteria behind a recession was created by the press with stories about big industries that were in a downward slide. When car manufacturers’ sales are falling; major appliance companies can’t sell expensive products; people stop taking expensive vacations or they stop buying homes or improve the ones they have — that’s what creates the stories that foster a large scale recession. It’s not because the price of bananas goes up two cents a pound, or people stop going to a movie theater. It’s the big-ticket items that create the news and start a snowballing effect on the rest of the economy. In fact, he said that this opens up a giant opportunity for a shrewd businessman. When people stop spending on the big-ticket items, they actually have more money in their pocket for small-ticket items. Book publishers thrived during the depression because people had a nickel or a dime in their pocket for inexpensive entertainment. 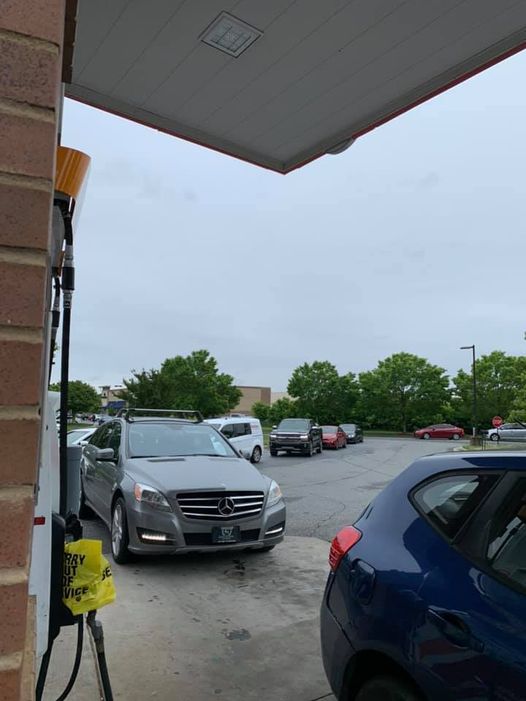 He felt my drag strips were in the same category. I offered a full day of entertainment for a relatively low price, and I should be more aggressive to promote that fact. Sure, we were in a recession, but my fans were not buying new cars or other big items, and they actually had the money they would have spent on them in their pocket. Get more aggressive and don’t completely give up.

He was right. I took that approach and prospered beyond my dreams during that recession while other tracks I knew of were floundering.

I felt that this gas crunch might be the same situation, and if I pulled in my horns and canceled the race, it would be like waving the white flag — giving up and maybe never recovering.

I made the decision to go for it with more gusto than ever before. Rather than pull all our big radio ad budget I added to it, but with an entirely new approach. I promoted the fact that this might be the “last time you ever get to see a show like this” and the tag ending that the track was “less than half a tank of gas from Washington or Richmond”, my two big drawing areas. I even added a couple of dollars to the ticket price figuring that people were either coming or not and a couple dollars wasn’t going to make a difference.

Much to all of our surprise it turned out to be the biggest crowd we ever had for a Winston WCS race and we had nearly as good a field of racers as we would have had under normal circumstances. And Bob Hall (Yep, the Bob Hall of Paddy Wagon wheelstanqer fame) spent hours after the race selling expensive racing gas to racers from our underground tanks for their tow vehicles to get back home to places all over the East Coast.

I learned that racers are eternal optimists and won’t let much get in the way of enjoying their sport. And I learned that there are lots of ways to skin a cat if you just listen to the best mentors and believe in what you are doing. Creativity and determination can overcome nearly all obstacles in your path.

I am writing this several days before the Charlotte race and I’m willing to bet that the Smith family has those attributes and the race will be a big success.