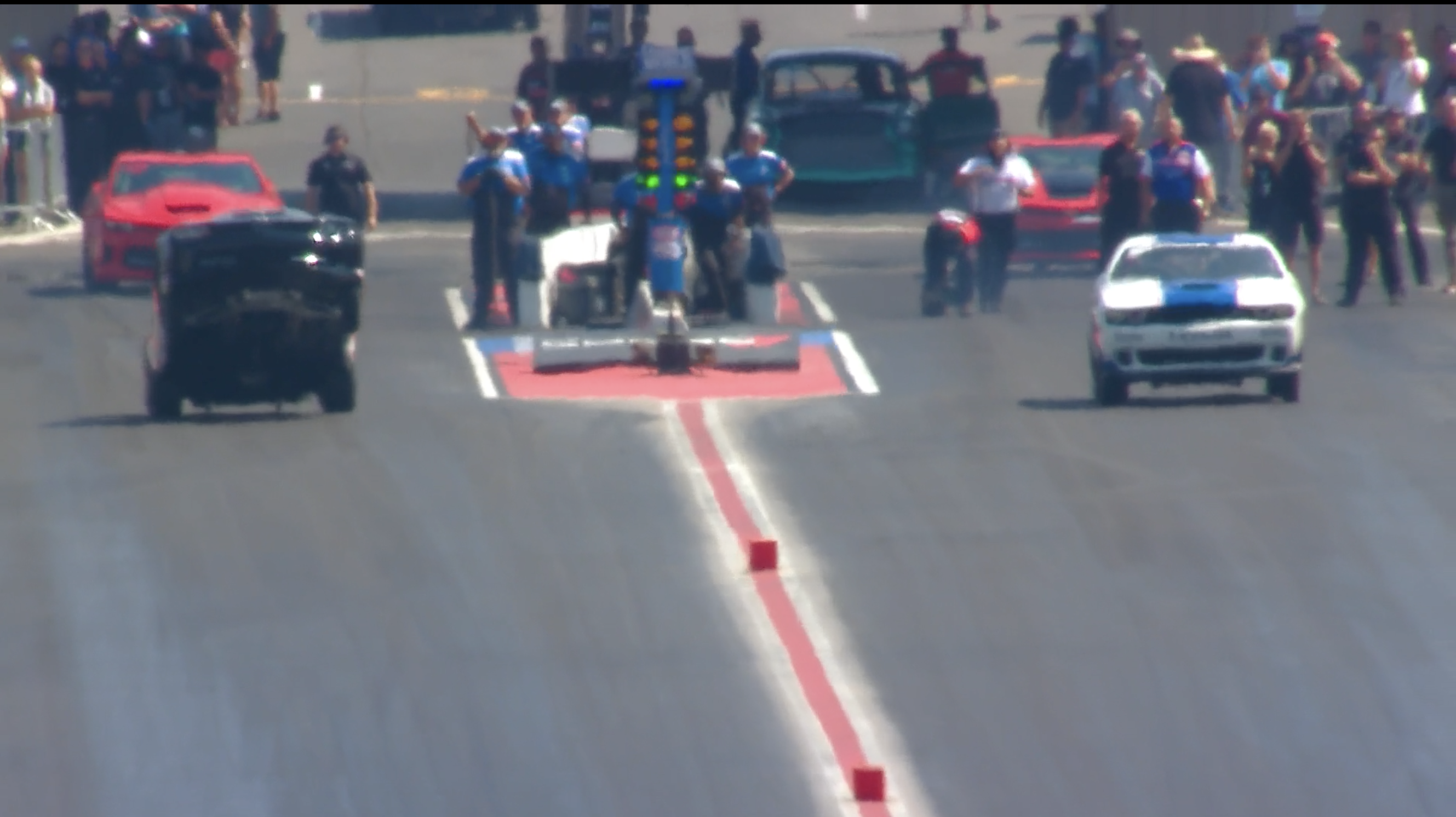 Aaron Stanfield had the COPO Camaro to beat in the Factory Stock Showdown class at the Dodge//SRT Mile-High NHRA Nationals Presented By Pennzoil, July 16-18.

Then a wheel stand got in his way.

Stanfield lost in the semifinals at Bandimere Speedway to Leah Pruett when his 2020 COPO Camaro did a wheel stand off the starting line for far longer than he wanted.

“In my second qualifying run, I did a really big, nice straight wheelie and it didn’t unload,” Stanfield said. “In the semifinals, it got up super quick we obviously knew we had to make a really good run against her (Pruett). The track got pretty tight, and we got a little bit too aggressive, and it came up and I started feeling it and it drove a little bit too left and then it just full-blown unloaded.

“What happens is the chassis is unloaded and that what caused it to take a turn.”

As adventurous as Stanfield’s run looked, he’s had experience dealing with this before.

“Absolutely,” Stanfield said. “When we go testing, it is not something uncommon. It happens. That one was a little bit more aggressive than normal as far as how hard it turned. As far as that kind of wheelie, a good bit of us in the (Factory Stock Showdown) class have done stuff like that.”

Although Stanfield didn’t win the race, he was celebrating Sunday afternoon as his teammate Stephen Bell beat Pruett in the final round.

Stanfield tested his COPO Camaro as well as Bell’s and David Barton’s at Bandimere Speedway July 8.

“I say it all the time, as long as one of the cars we pour our blood, sweat and tears into wins I’m happy as I can be. I have no complaint. It would have been nice to have both of us in the finals, but I’m super glad to see Stephen win, it has been a little bit for him and now he can call himself king of the mountain for a little while.

“We thought good handle on what we needed to do on the race cars. We went testing and I think it showed. We were well prepared. It was a great track, and the fans were great. They were very supportive of every class. Our Q2 run, was like 9 p.m. and the stands were still full. It was cool.”

“I got home (in Shreveport, La.) and I have some work to get done and then I will go out to Sonoma, (Calif.), and we are going to try and win us a Pro Stock race this weekend.”