AUSTRALIAN WINTERNATIONALS TO KICK OFF THIS WEEKEND 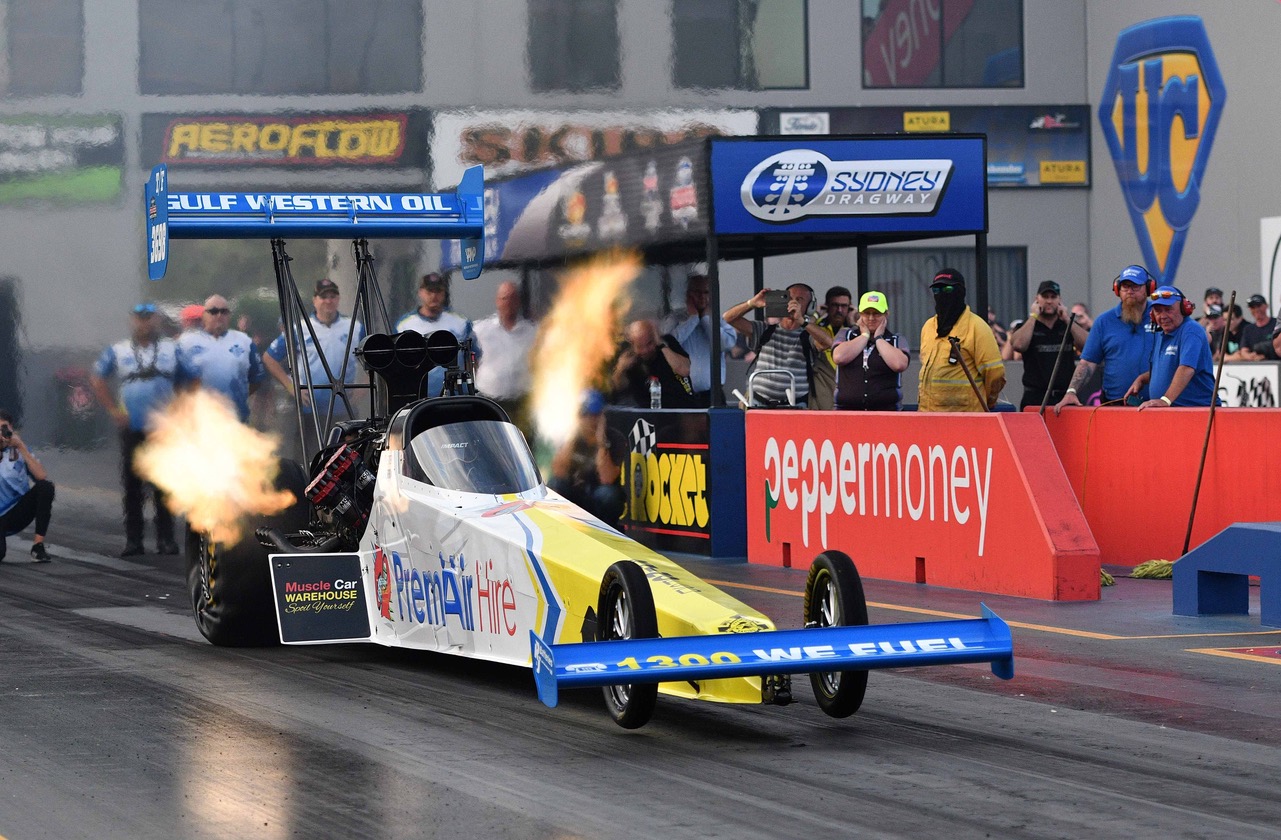 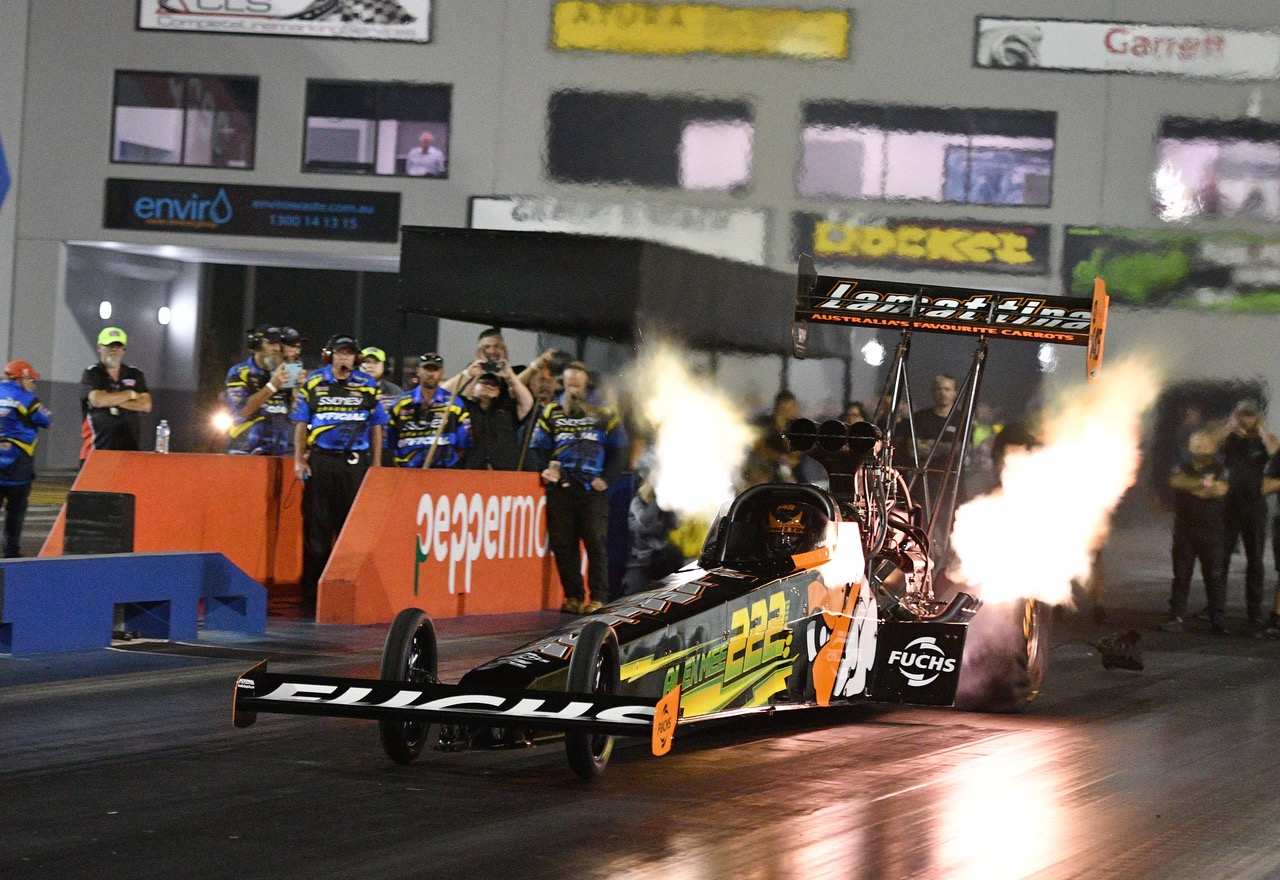 The most prestigious event on the Australian drag racing calendar, the Gulf Western Oil Winternationals at Willowbank Raceway, June 10-13, has attracted three Top Fuel entries. Veteran Phil Read chasing his first Winters crown since 2006, Phil Lamattina who claimed victory in 2007 and 2009 and Peter Xiberras on the hunt for his first win at the Winternationals.

Read, driving the same car he steered to victory in 2006 will go into the meeting nominal favorite after scoring a gritty win over Xiberras when they met at Sydney Dragway last month.

Xiberras is in career-best form scoring three wins that day and posted a personal best and new track record of 3.79 sec. before losing to Read in the final.

Xiberras was the only driver to test at the traditional Winters warm-up meeting last weekend. “The day went well,” Said Xiberras. “We did two runs playing around with some clutch settings to improve out short track times and then put the car back in the trailer. We’re happy and looking forward to racing at Willowbank for the first time since January last year."

Lamattina will bounce back from a disappointing performance at Sydney. After opening his account with a solid solo pass, the following three runs ended prematurely after pushing out burst panels and popping the chutes. The team traced the problem to a faulty cable connected to the burst panel that activated the safety system and shut the car down. 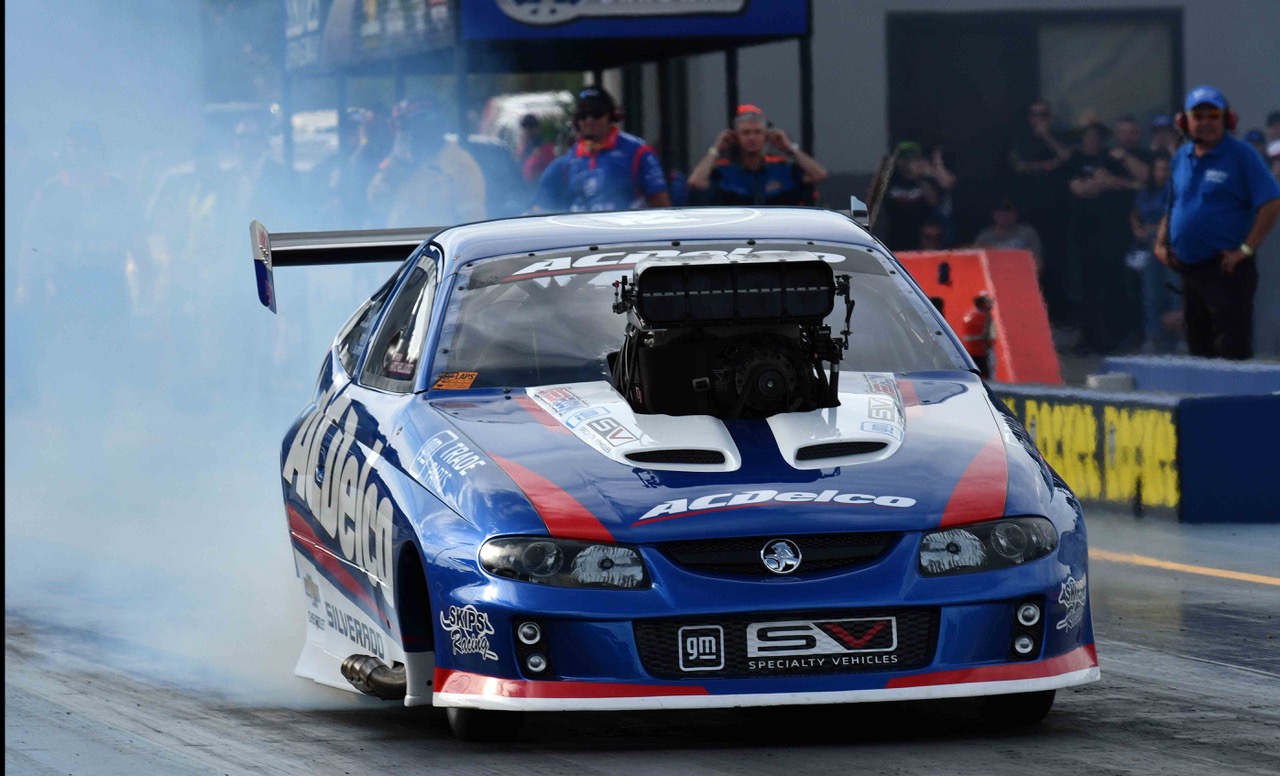 Fenech was the blue-ribbon act at the Nitro Thunder meeting. After being sidelined after a spectacular crash at Sydney Dragway in January 2019, his career looked to be over until thrown a lifeline by Fabietti. He repaid that faith with a stunning win on debut with the team.

His Aussie-built Holden Monaro also serves as a two-seater corporate and sponsor ride car for the team.

Hinchelwood, approaching his third year in the Pro ranks, is on the cusp of scoring his first win after a career-best third behind Fenech at Sydney. Ben Bray returns to his home track for the first time this season. 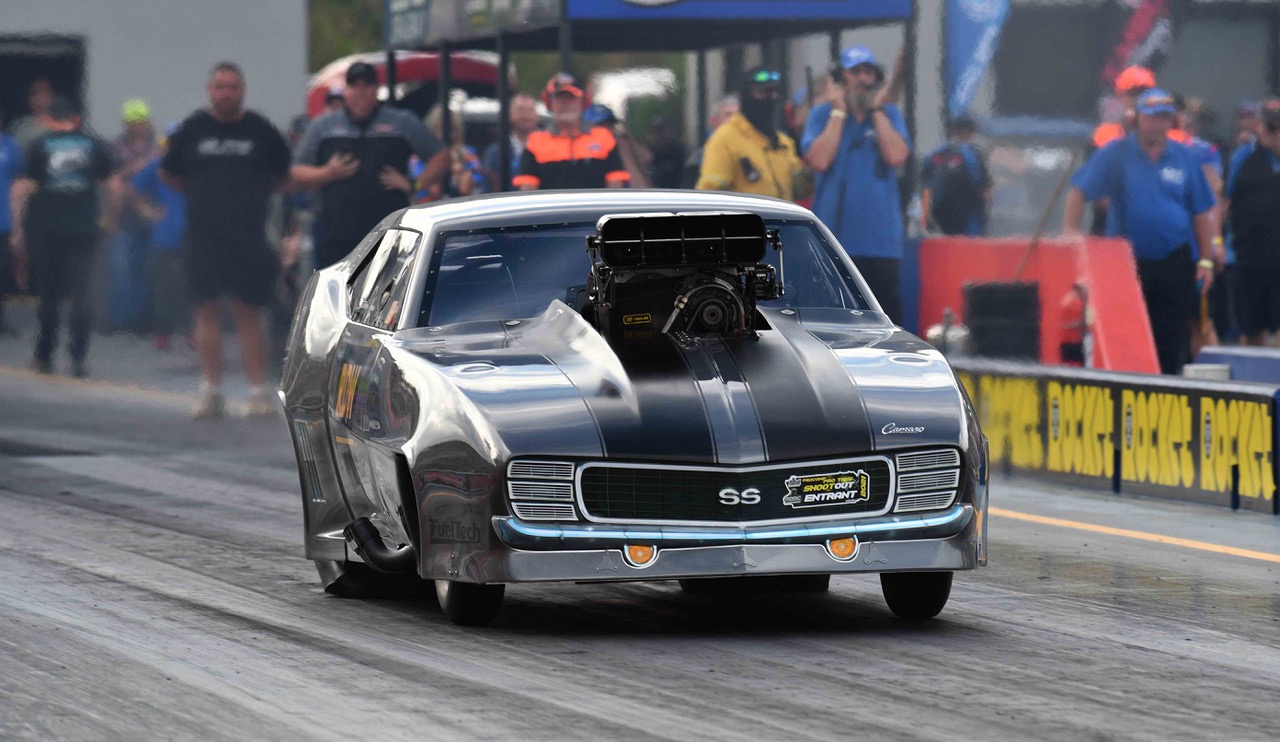 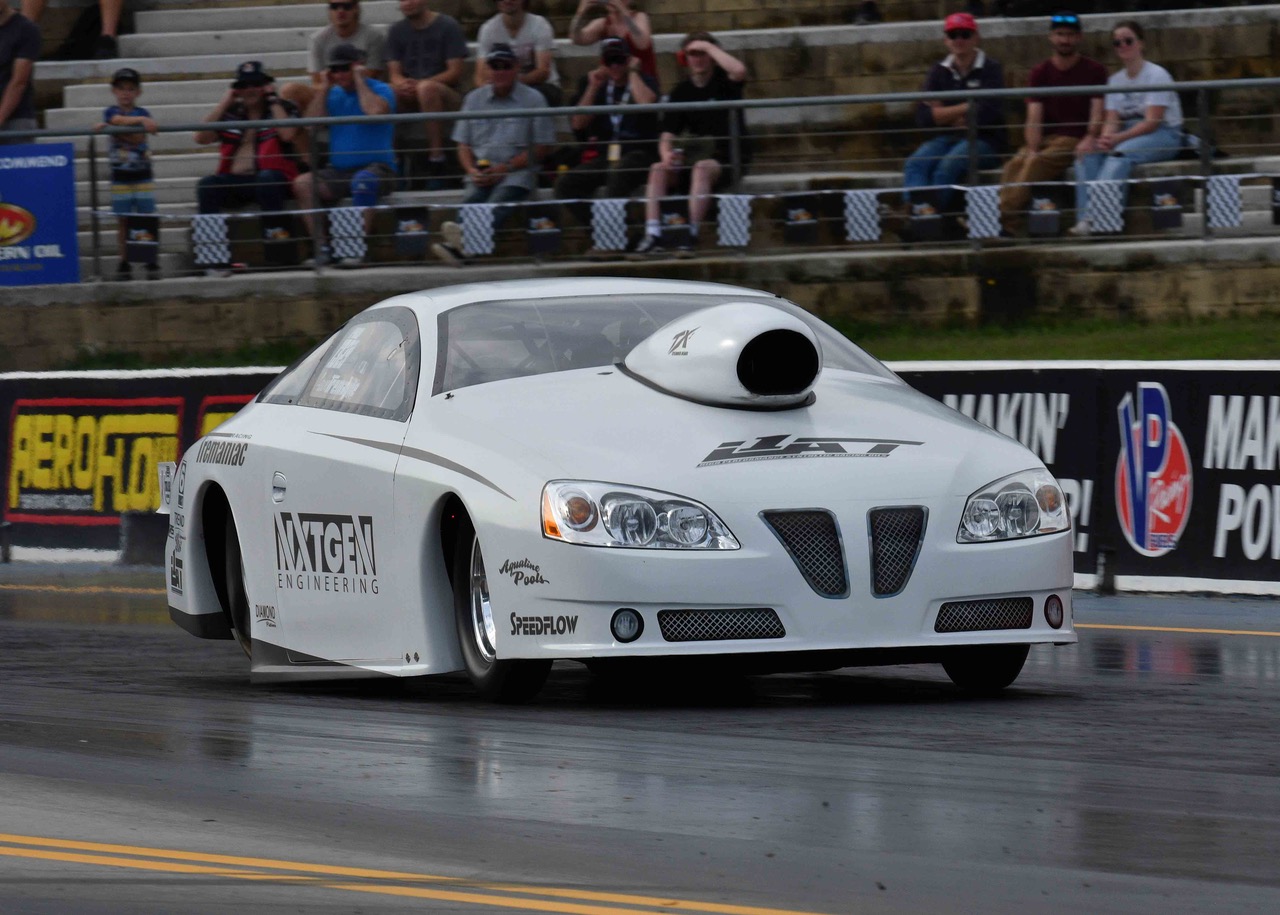 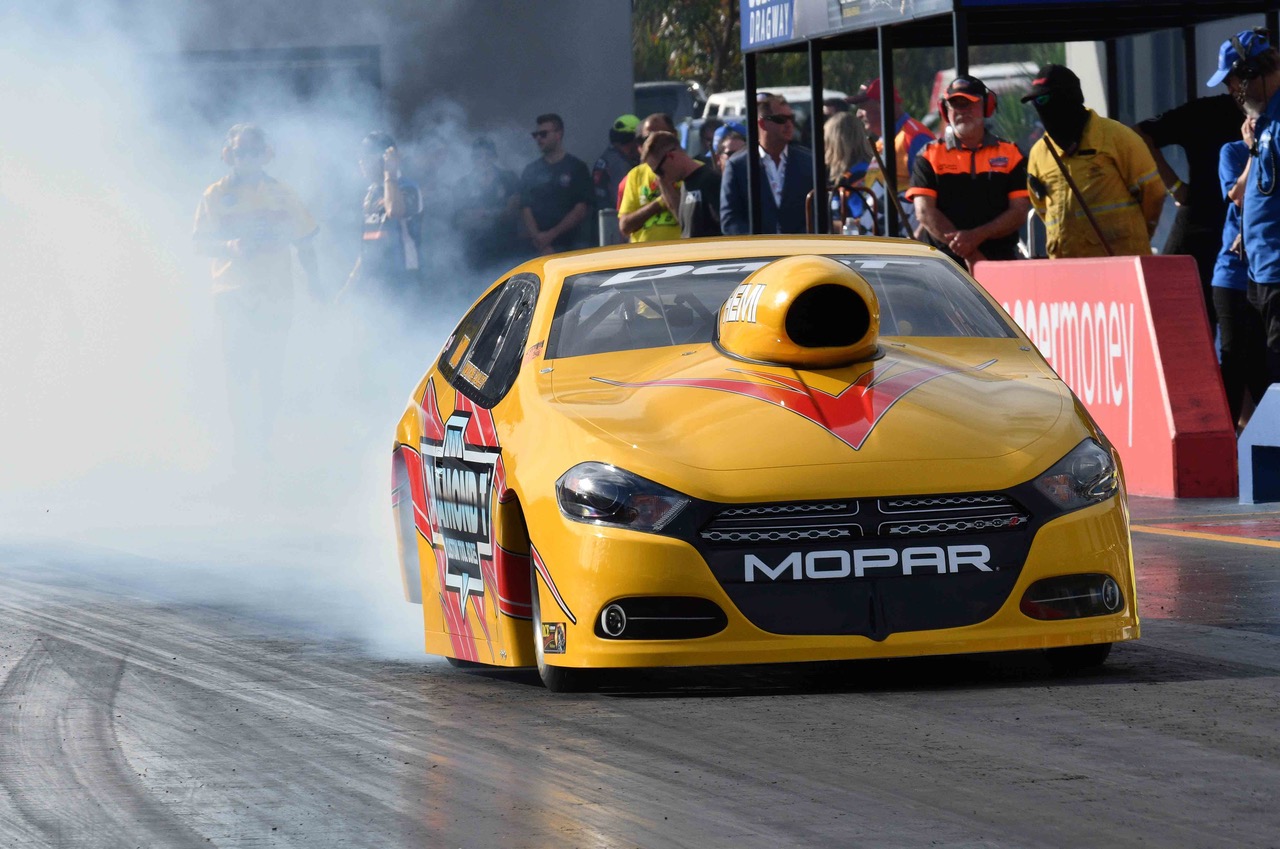 Pro Stock with a dozen entries is shaping up to be the most hotly contested of the Pro classes. Local knowledge of track and weather conditions, plus car set up are critical to success. Queenslanders Aaron and Tyrone Tremayne, Wayne Daley and series leader Jason Hedges all have the talent, equipment and race smarts to win.

Aaron Tremayne, the most successful racer in the category over the past decade, will be keen to atone for a disappointing outing in Sydney, where he finished eighth.

With the Queensland border shut due to the latest COVID outbreak, a cloud hangs over whether last round winner Nino Cavallo and runner-up Rob Dekert from Victoria will make the event. 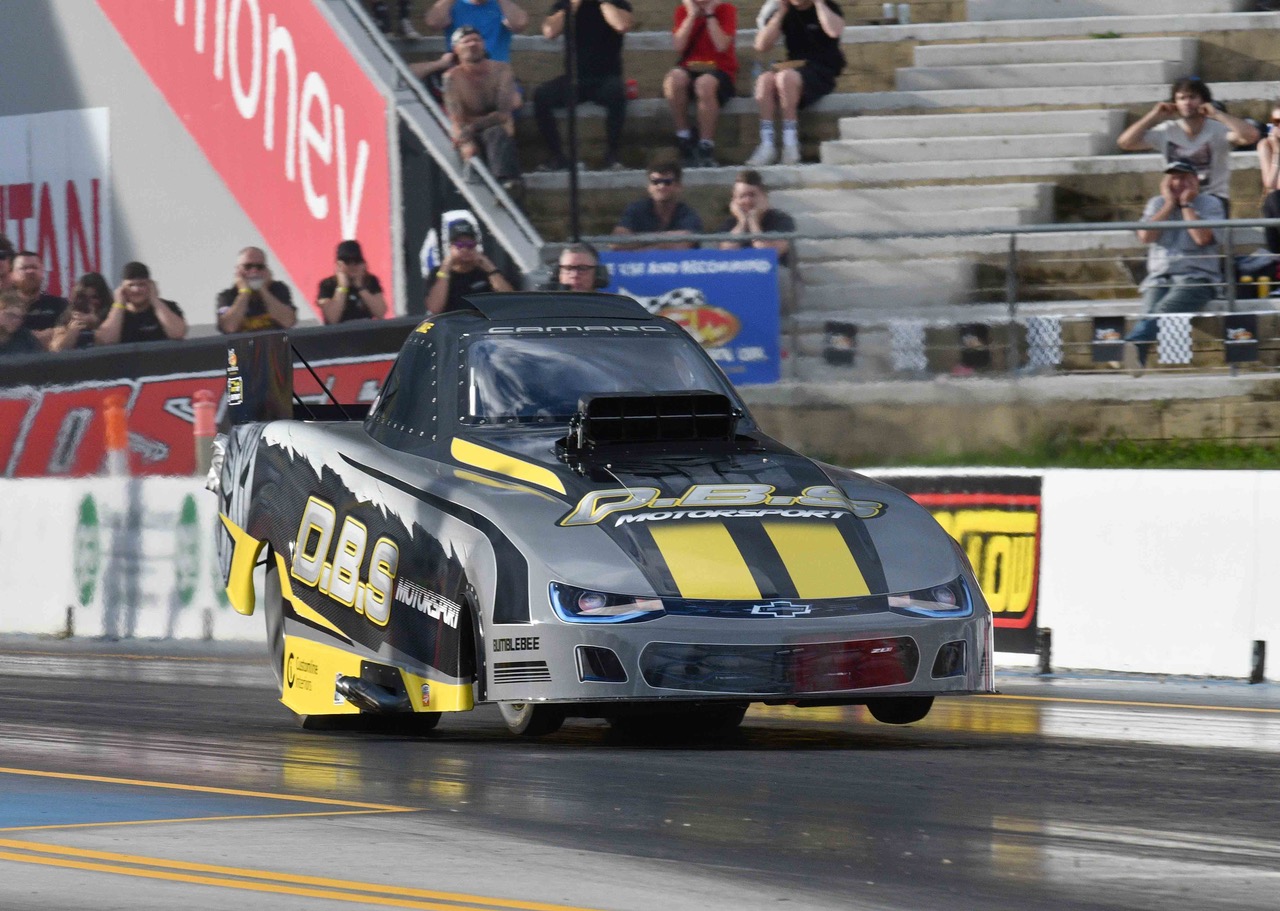 Their ongoing battles over more than three decades have been one of the most enduring narratives in the category.

The most probable candidates to cause an upset, if either Phillips or Read stumble, are Justin Walshe, runner-up in Sydney where he clocked a new world record of 5.58, 252 mph for a Pro Alcohol Fuel Altered and rising star Jake Donnelly, who burst on the scene last year.

Fans with a keen eye will have noted Peter Gratz on the entry list. A pioneer of Doorslammer in the 90s, Gratz won the 1997-1998 Winternationals and is making his debut in Pro Mod. He last raced in Supercharged Outlaws at the 2019 Winternationals.