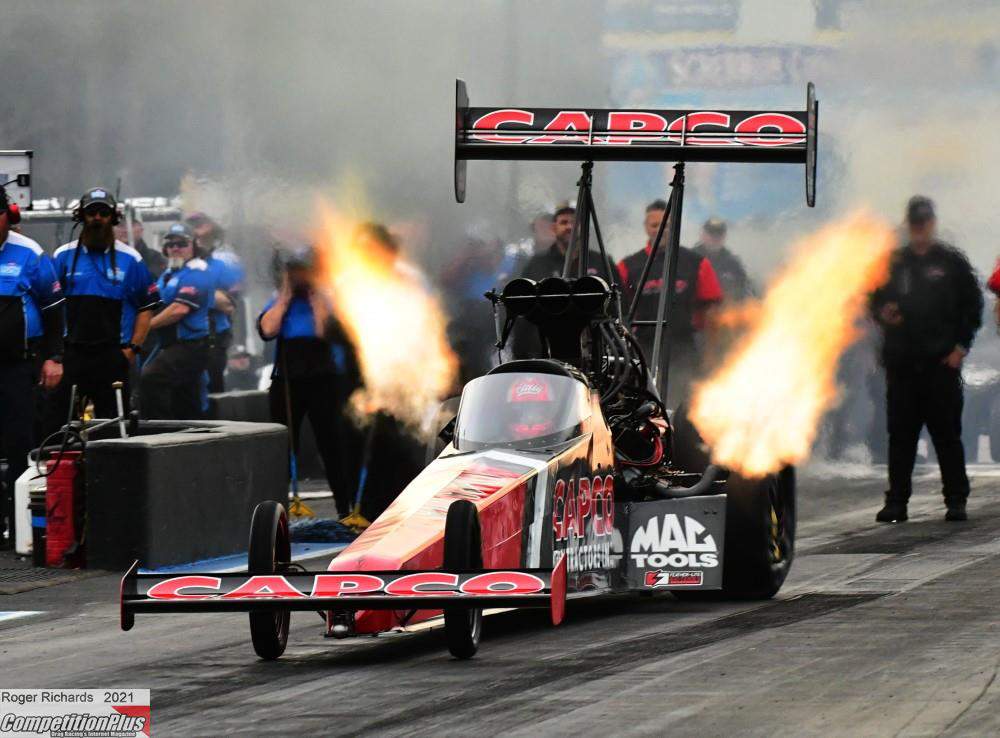 It's no surprise that a Torrence was atop the qualifying ladder at an NHRA Camping World Drag Series event.

The latest Torrence is Billy Torrence, who clocked a 3.744-second elapsed time at 324.98 mph to take the provisional No. 1 position at the Tascaparts.com New England Nationals Friday night in Epping, N.H.

Torrence is the father of reigning three-time NHRA world champion Top Fuel driver Steve Torrence. Steve, who has back-to-back victories in Epping, qualified No. 7 after losing traction right off the starting line en route to clocking an 8.562-second run.

Billy Torrence came to Epping seventh in the points. He has a 4-5 elimination round record in 2021. He was the No. 1 qualifier in Atlanta earlier this season. If Billy keeps the No. 1 position on the qualifying ladder it will be the fifth of his Top Fuel career.