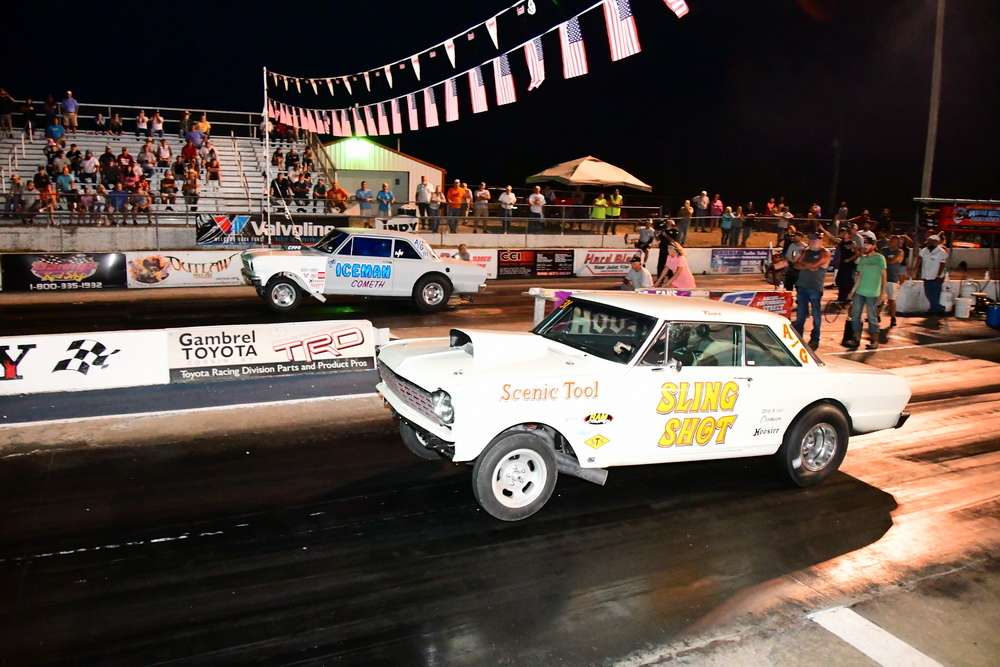 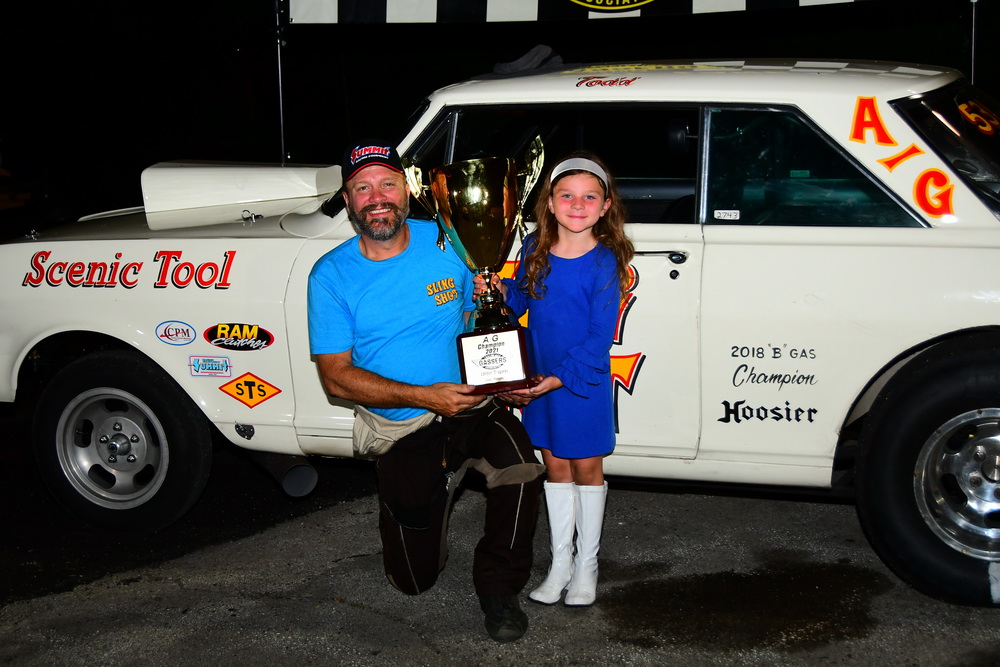 Blackwell came out on top in a battle of A/Gas Chevy II Novas by beating Rod Burgner.

Blackwell, the 2018 SEGA B/Gas Champion, entered eliminations as the No. 2 qualifier, and scored victories over Jeff Madden, Dean Jonas, had a bye in the quarter-finals, then stopped No. 1 qualifier Gabriel Burrell to reach the final round.

Burgner made his way to the final round by beating Zak Hall, Alan Gaulden, Kenneth Phillips and had a bye in the semi-finals. 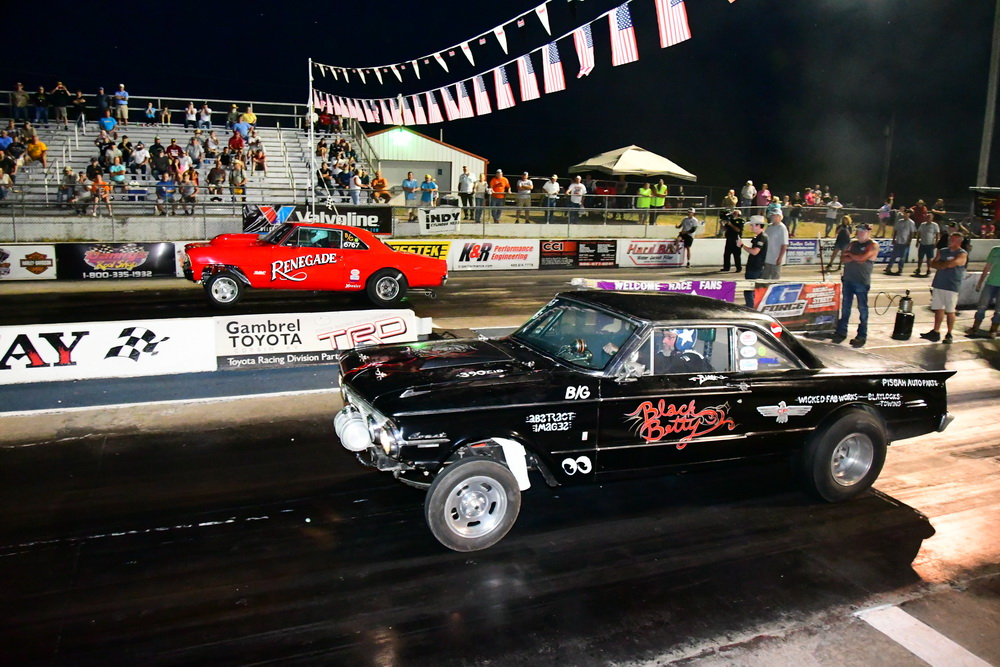 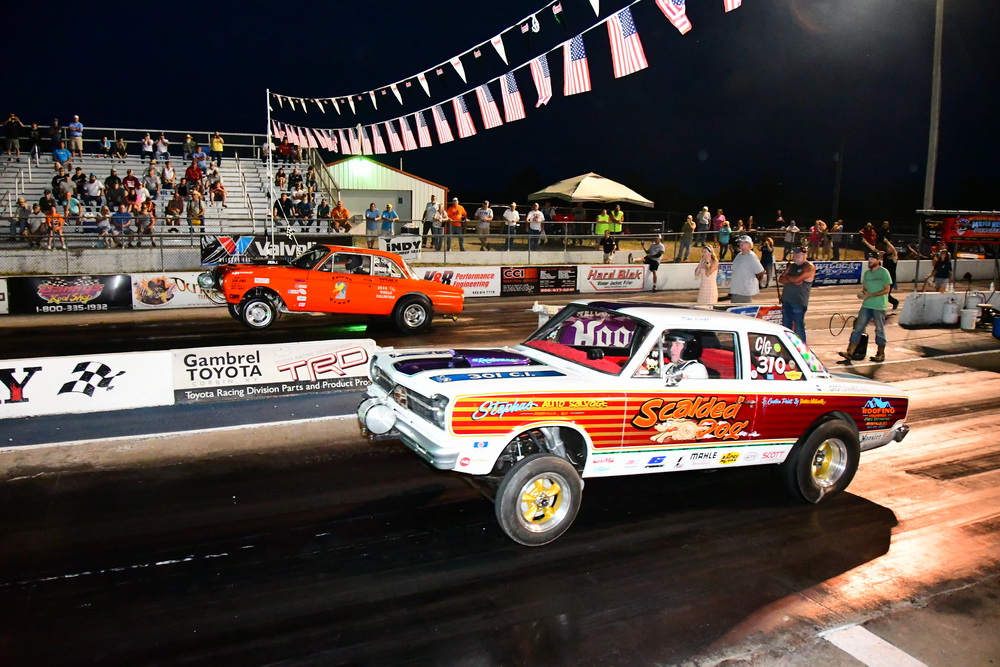 Rainwater, the No. 2 seed in B/Gas, stopped No. 6 qualifier Bill Revels for the win.

For his part, Revels stopped Gary Smith, Art Beeler, and low qualifier Coby Welch before getting a bye run into the final round.

Miller started from the No. 8 spot in C/Gas, but this didn't deter him from taking out low qualifier Tim Hall in the final round.

Rounding out the winners, Varner scored the Super Stock title by stopping the 4-speed Stampede car of Robert Peffley. 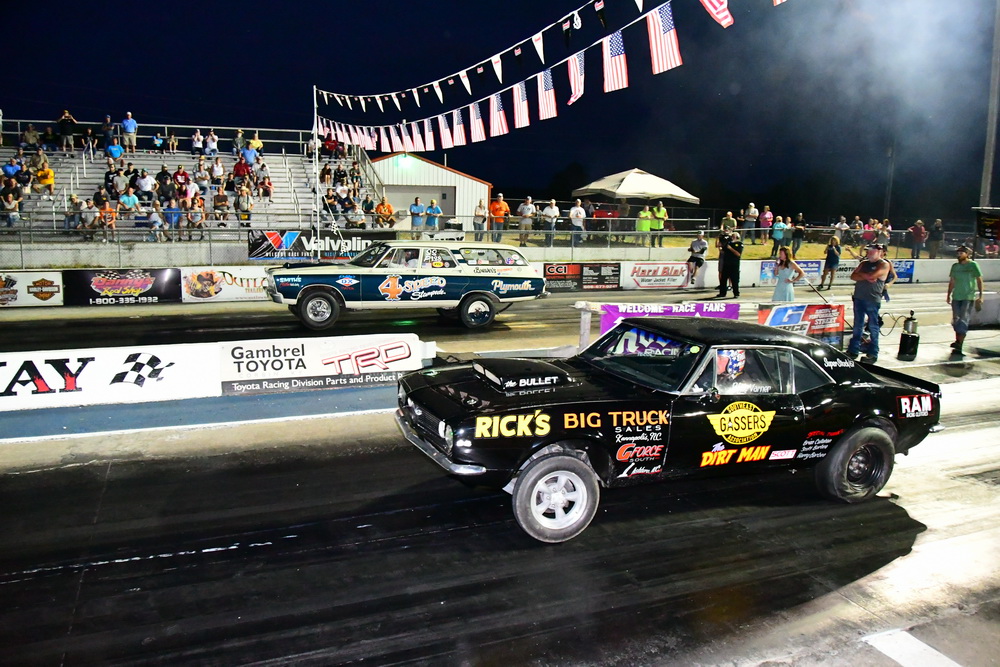