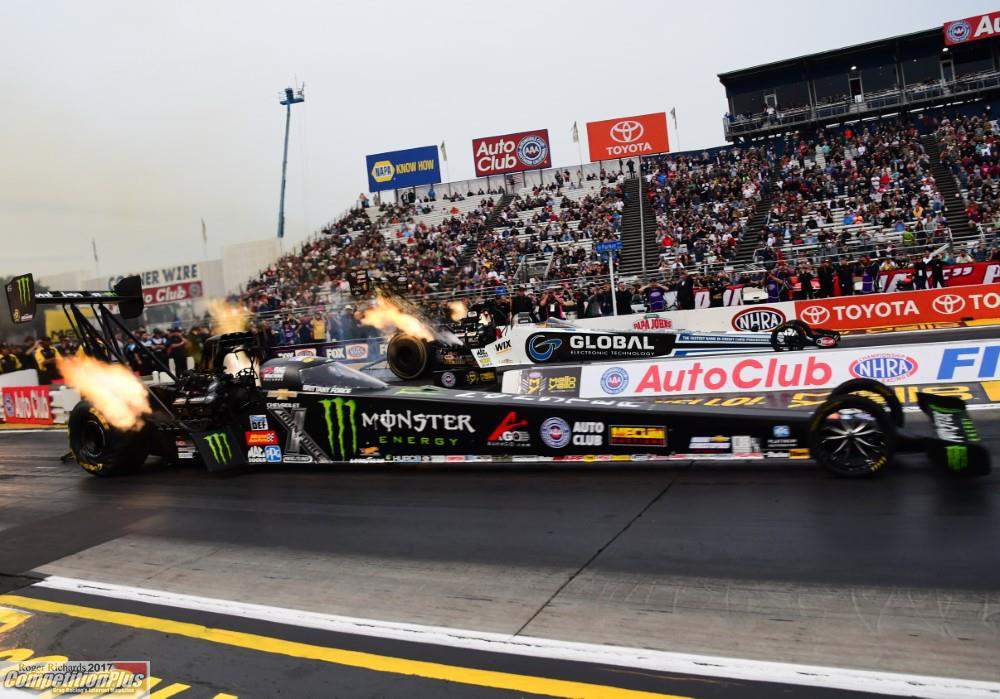 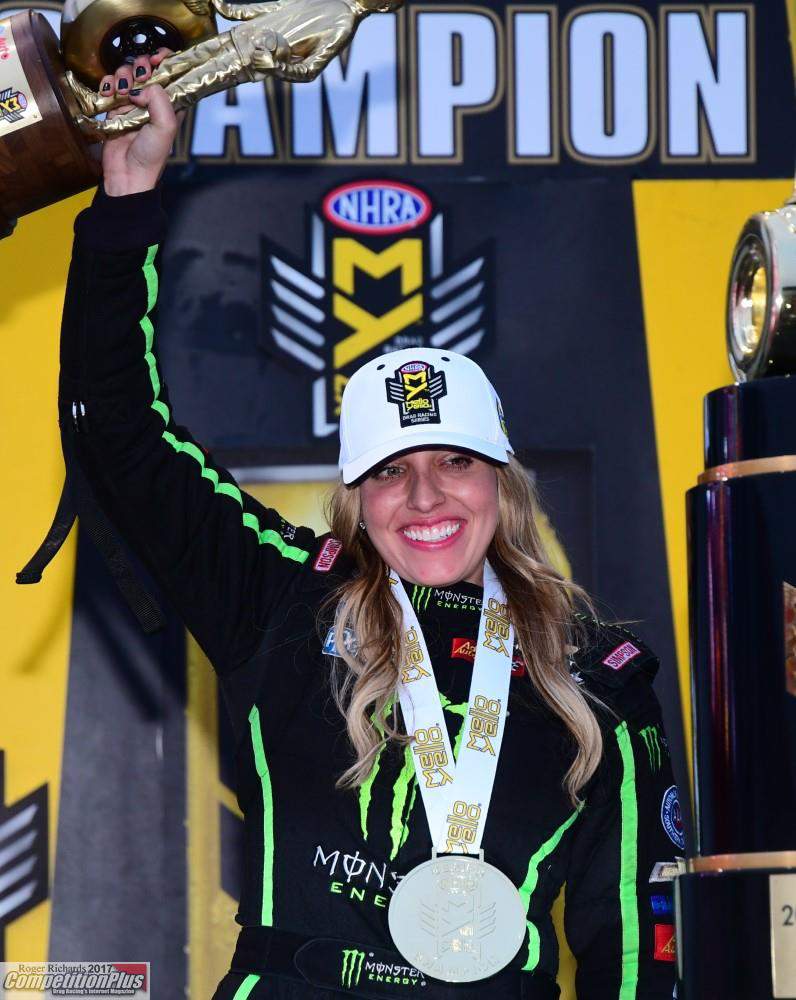 While her famous father fell to his knees on the starting line Sunday at Auto Club Speedway during the NHRA Finals, dumbstruck and sobbing in some mix of pride and overwhelming personal sentiment, Brittany Force looked like the pillar of poise.

She spoke decisively about how she held up throughout her 2017 NHRA Top Fuel journey and how her historical championship played out. She sounded fearless, exactly what one would expect from somebody who drives a noisy, smoke-churning, nitromethane-gulping, 10,000-horsepower race car called the Monster Energy Dragster.

The 31-year-old from Yorba Linda, Calif., had clinched her first Top Fuel championship, the first woman to do that in 35 years, since Shirley Muldowney did it in 1982 – nearly four years before Brittany Force was born. And she won the race, to boot, bringing her career-victories total to seven, including four this season. She became the first in her racing family to earn a Top Fuel title. Her sisters have Funny Car experience: older sister Ashley won four races before taking a hiatus, and younger Courtney has earned eight Funny Car trophies in 143 events. She’s the first in the family besides her 16-time Funny Car champion father to win a title and the fourth driver at John Force Racing (joining her dad, Tony Pedregon, and Robert Hight).

So with her quarterfinal victory over Richie Crampton, she sealed the deal. Then with her dismissal of outgoing champion Antron Brown, and her final-round victory against Shawn Langdon, Brittany Force had probably the most eventful day of her life.

And she was calm. Or was that merely an optical illusion?

“I think I have everybody fooled then, because I am not calm. I’ve felt like I’ve been losing my mind the last two weeks,” she said. “But again, that’s fine. I’ll carry that, I’ll carry the gut ache, the nerves, the excitement, all of it, but when I climb in my car, that’s when I get rid of it. You just have to flip that switch, get rid of it, and find your focus.”

Her dad often has talked about having stomachaches, and she said, “I’ve always, always known what he meant. You have it first round Sunday, first round. You have it all day long, but something about first round is the toughest. And today was really tough.” She got past Terry Haddock to take her battle with Steve Torrence one more round.

In the wake of her significant accomplishments, she kept saying, “I still haven’t wrapped my head around everything that’s happened.”

And she certainly hadn’t gotten ahead of herself. She hadn’t been practicing delivery of an awards-ceremony speech. 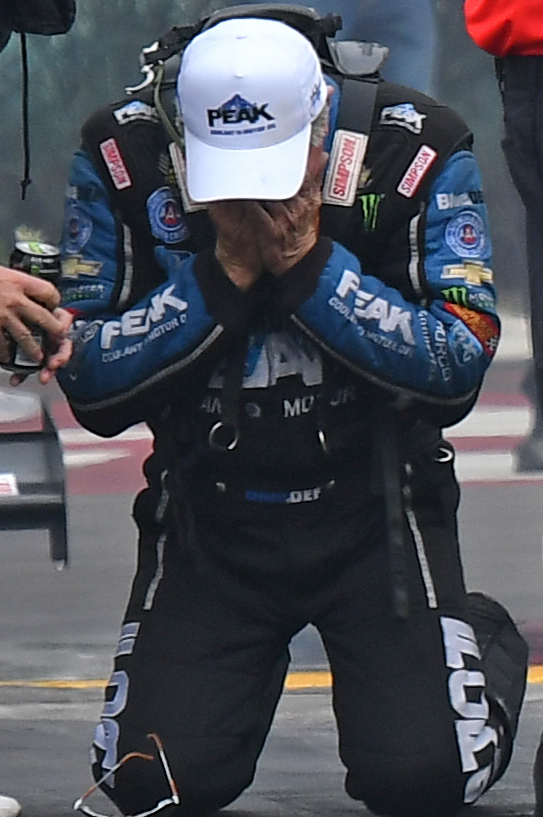 Racers always say that, but Brittany Force genuinely lives by it. And it works for her.

“That’s what kept me here all day long,” she said Sunday. “That’s the way I have to do it. Drivers have different approaches on how they do things, but for me it’s too much to take it all in at once, so I just do it one step at a time.”

And that’s what earned her kudos from normally tight-lipped Alan Johnson, her tuner.

He said, “Brittany’s young at this, and I can’t say enough about how she sucked it up and did such a great job this year, especially down the stretch when the pressure was on. We made a lot of great runs here at the end, and that’s what it takes to win these things these days. The Torrence team, we fought them all year long. They’re like teammates of ours. It was a great race to the finish here. They just had some unfortunate things happen to them, and we took advantage of it and won the championship.”

When preseason testing began this winter, the conventional wisdom didn’t predict Brittany Force as champion. That’s no disrespect to her – Antron Brown seemed unbeatable and likely headed to his fourth title. Then Leah Pritchett posted impressive numbers and burst into the points lead with victories at the first two events. But she cooled off and Steve Torrence started steamrolling the competition. But Force worked her way toward the top with victories at Epping, N.H.; Reading, Pa.; Ennis, Texas; and finally Pomona, just a few miles from her home. So that saying – “It doesn’t matter where you start but where you finish” – rang true again.