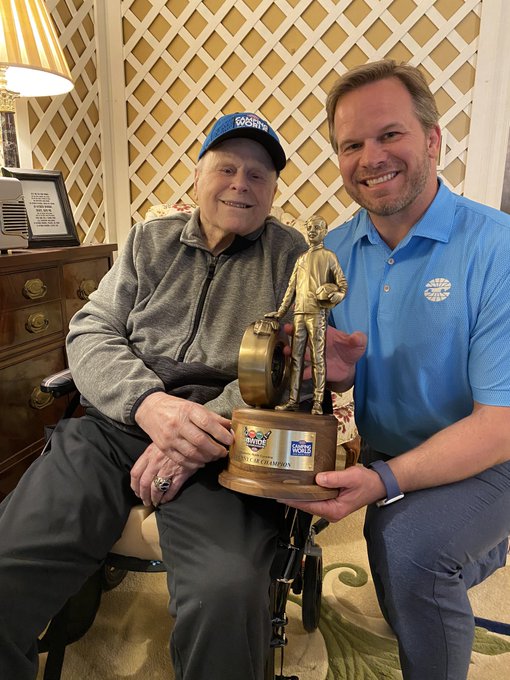 Smith was 95 and died of natural causes.

Smith’s road to stardom through his Speedway Motorsports brand, the first motorsports company traded publicly on the New York Stock Exchange, was in 1959 when he and Curtis Turner broke ground on Charlotte Motor Speedway.

Smith’s highly decorated career is largely in NASCAR, but in 1996, he got into the drag strip business with the purchase of Sonoma Raceway and Bristol Motor Speedway, where he revamped both facilities. He added Las Vegas Vegas Motor Speedway to the portfolio, along with The Strip at Las Vegas. In 2008, Smith built zMax Dragway on the hallowed grounds of Charlotte Motor Speedway, which became the only purpose-built four-lane drag strip in existence. Ten years later, he converted the Vegas strip to four-lane capabilities.

Under Smith’s leadership, Speedway Children’s Charities has distributed more than $61 million to local organizations across the country that improve the quality of life for children in need.

Bristol Motor Speedway President and General Manager Jerry Caldwell, whose track hosted the most recent stop on the NHRA tour, learned a lot from Smith.

“It has been a true honor and privilege to have grown my entire career working for and being mentored by entrepreneur titans Bruton Smith and his son, Marcus,” Caldwell said. “Together, they have created a family-like atmosphere at Speedway Motorsports, making today’s news of Bruton’s passing a sad day for all of us at Bristol Motor Speedway and Dragway.

“The impact of Bruton’s contributions to the sports and entertainment world are too many to name, but his lasting legacy of building world-renowned destinations will stand the test of time. His contributions personally touched so many in the state of Tennessee throughout his businesses and philanthropic endeavors.

“His vision and passion for creating the most amazing experiences for our guests live on today through his mantra of, ‘We work for the fans.’ We will continue to carry the torch he built and lit for us to the best of our abilities to honor and celebrate the legend we lost today.”

Of all the drag racers on the NHRA tour, it’s 16-time champion John Force who was always the most outwardly with his admiration for Smith.

Case in point, when Force won the 2021 NHRA Four-Wide Nationals at zMax Dragway, he immediately looked to Smith.

“I love Bruton and I ran my big mouth this weekend,” Force said. “I told him, ‘I can do this, I’m going to win this race for you,’ “Force said in a track release. “I love this guy and everything he’s done for this sport. … This just makes me so proud.

“You never tell Bruton Smith you’re doing to do something and then you don’t do it. I tried to backpedal. These kids out here are so competitive and you never know how good you’ll be, but I’m excited I get to send this (trophy) home to somebody I love, a guy who built our sport.”

Survivors include sons Scott, Marcus and David; his daughter, Anna Lisa; their mother, Bonnie Smith; and seven grandchildren. Information regarding funeral arrangements will be released at a later date.