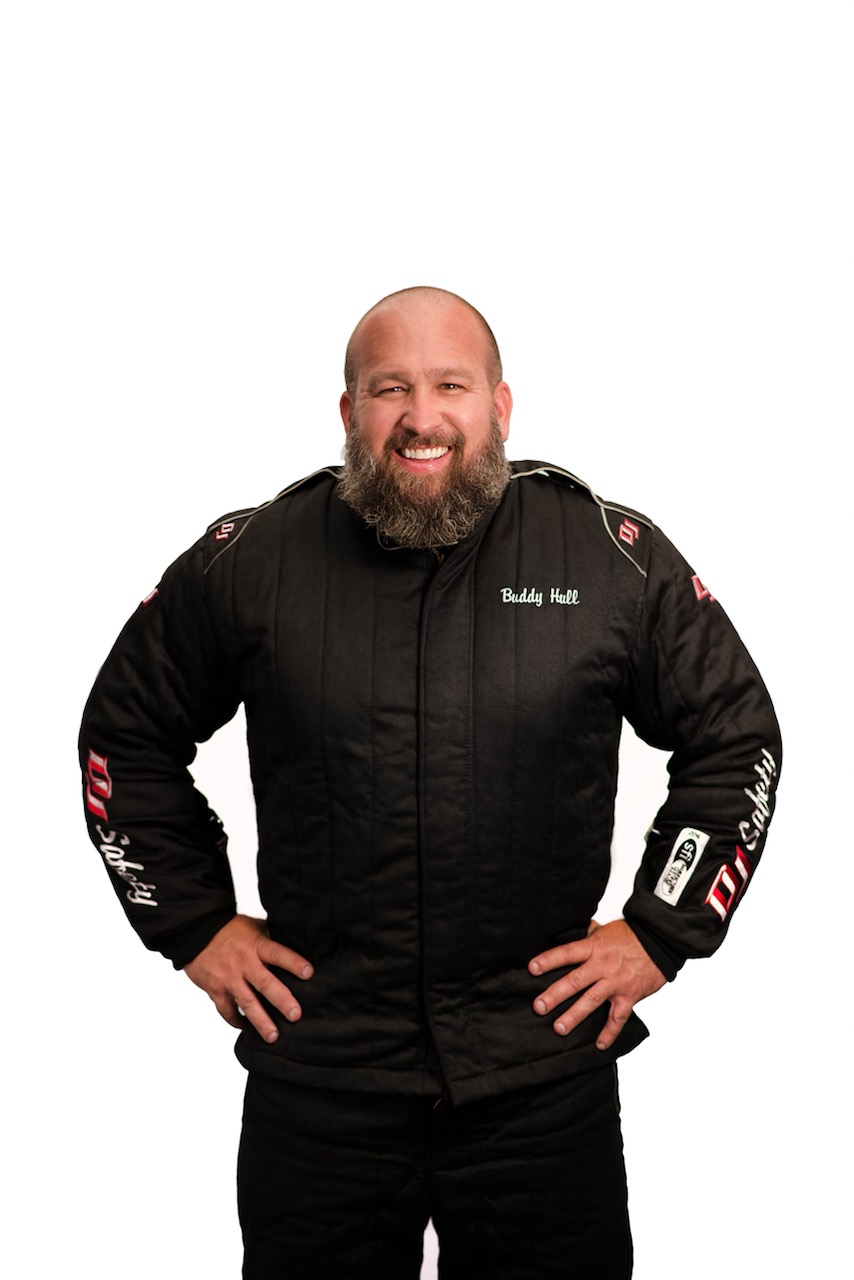 Buddy Hull’s progression up the NHRA ranks has led him to be competing in Top Fuel driving for Terry Haddock Racing.

“Terry and I our friends before this endeavor and we have been working on a special project over the last year, which has brought us closer together, “Hull said. “Through our relationship and working for Terry as a crew member Terry presented an opportunity to Buddy that full filled his lifelong dream. The opportunity to license and drive his Top Fuel Dragster. I am forever thankful for my relationship with Terry and the opportunity he has given me. Terry is the best teacher I’ve ever had.”

Hull made his Top Fuel debut at the Lucas Oil Southern Nationals in Atlanta, qualifying No. 15 and falling to Steve Torrence in round one on May 2.

Torrence clocked a 3.769-second time, while Hull came in with a respectable 4.005-second run.

“We were there for him to make a mistake,” Hull said. “I clicked the car off at 850-900 feet. It was hauling the mail and on a low 3.90 run per the onboard computer. I knew Steve crossed the finish line, so I took my fat foot off the loud pedal because there’s just no reason to potentially use up parts. We run on a tight budget, and I treat Terry’s car and parts like they are my own.”

Hull also competed at the NGK NTK Four-Wide Nationals, in Charlotte, N.C., May 14-16, but failed to make the field after experience engine problems.

“When I get in a race car, I get in there to do a job,” Hull said. “For me, it is making sure I do the same thing every time, preforming the same steps like a machine. The difference between Top Fuel and anything else I’ve ever driven is there is less margin for error due to the speed things happen. A Top Fuel car is so aggressive in the middle of the track it is insane. Between 250 feet and 600 feet it is literally sucking the cheeks off your face. I love it! It is not necessarily an adjustment skill-wise; it is just getting used to having that feeling going on with your body and everything happening at an extremely fast pace.”

As Hull navigates through the Top Fuel learning curve, he’s preparing to compete at the Tascaparts.com New England Nationals in Epping, N.H., June 11-13. 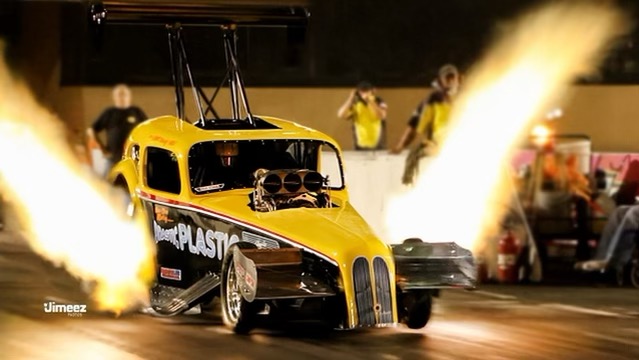 “I’m excited and jazzed up to be back in the hot rod” Hull said. “I think I’m going to end up running 13 to 14 races in Top Fuel this year for Terry and my sponsors. I did half my (Top Fuel) license this spring in Ennis, Texas, where I’m from here in Dallas, and then I finished up my license April 19 in Las Vegas the Monday after the race there.

“I originally planned on eight races, but Terry is doing very well in his Funny Car. He’s sitting pretty at No. 11 in points, and he could definitely dip into the Top 10 for the first time.  So, that changes the schedule and wherever he goes both cars also go. This allows me to follow, work my tail off and get more opportunity to put my butt in the seat of his Top Fuel car.”

Prior to this Top Fuel endeavor, Hull competed for years in a blown altered, nitro altered/funny car and many other types of race cars.

“I’ve been doing Nostalgia stuff for the last 13 years,” he said. “I still have a B-Fuel Altered that has a blown Chevy in it. This car will forever be my favorite. It’s a really hard car to drive and it taught me too many lessons to count.  I also have a new car that we will be testing in the near future. Terry and I are both super excited about this project

“I purchased the chassis from John Force, and the majority of the parts on it are also directly from JFR and some other manufacturers, including DSR. I want to continue my career in Top Fuel at this point in time but plan to obtain my (Funny Car) license just in case an opportunity presented itself.” 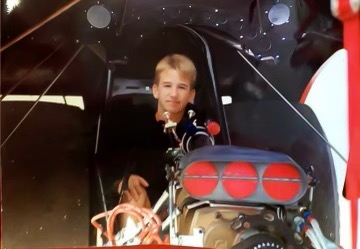 Hull grew up in Central Illinois and is a third generation drag racer.

“I grew up at the racetrack with my dad and my uncle. I was wiping down the car and doing odd jobs at the track at age 8,” Hull said.  “I was a competitive powerlifter for 17 years. I am certainly not your typical race car driver. I am 5-foot-9 and weigh 250 pounds. Somehow, Terry and the boys shoehorn me in that Top Fuel dragster. I am certainly tight which keeps me safer. My physical size has been something I’ve had to work with all the cars I have driven.”

“I was the top-ranked guy in the world at one point,” said Hull, 40. “I knew my body couldn’t keep up that pace forever and I had to retire. I grew up around drag racing, so it just made sense to become a driver to fulfill my competitive nature. During my powerlifting career, I would wrench on other people’s race cars because I was handy and willing to do whatever around the pits. I somehow always managed to be lifting all the heavy things and pulling on the torque wrenches set at 160 pounds. I am extremely competitive and when I stopped powerlifting, I went straight into owning and driving my own race car. There is no way possible I would be where I am today without the help of so many people, friends, family, and sponsors. Those people know who they are and that I love em’. Life itself has been a blessing and I am sure having fun with it.