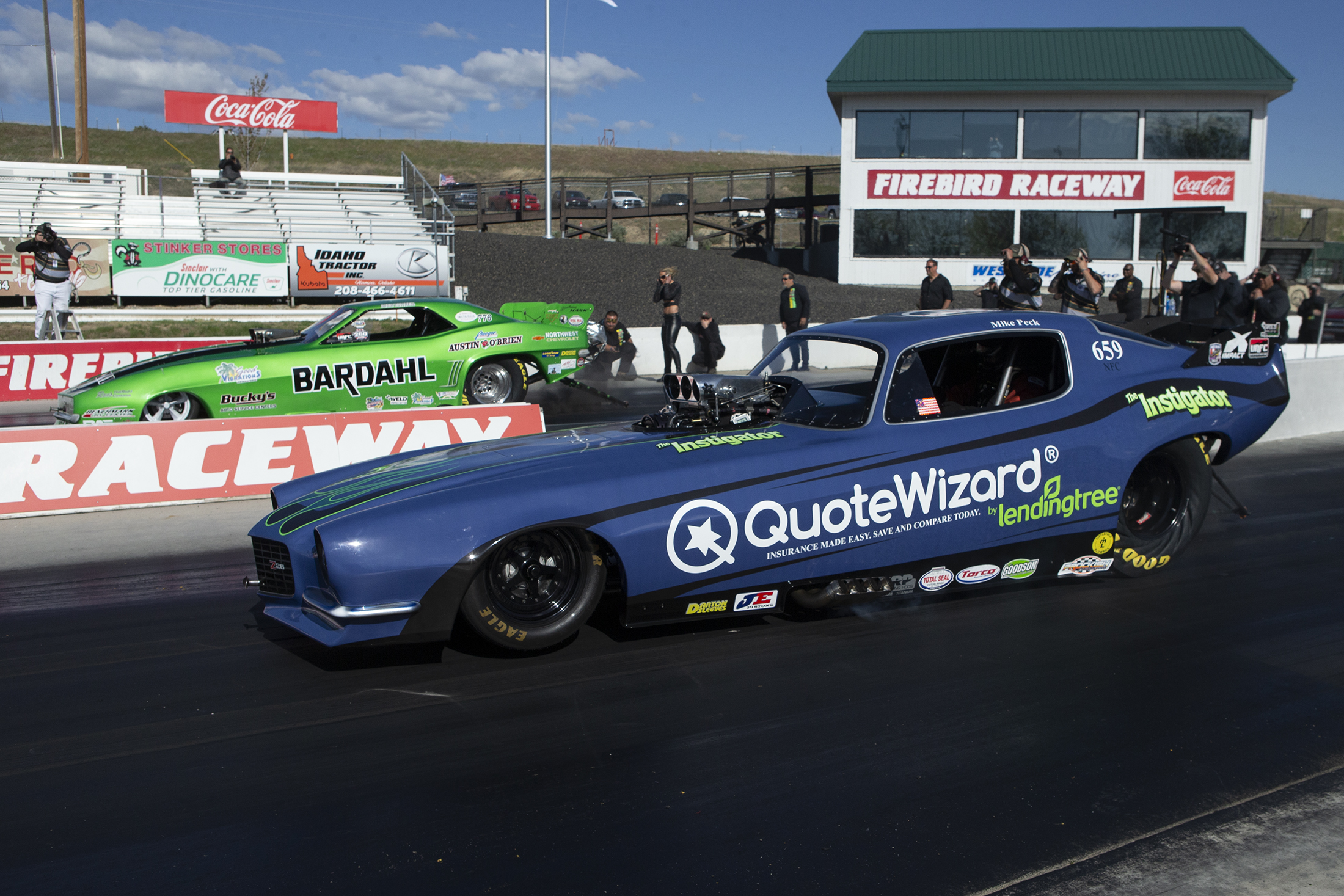 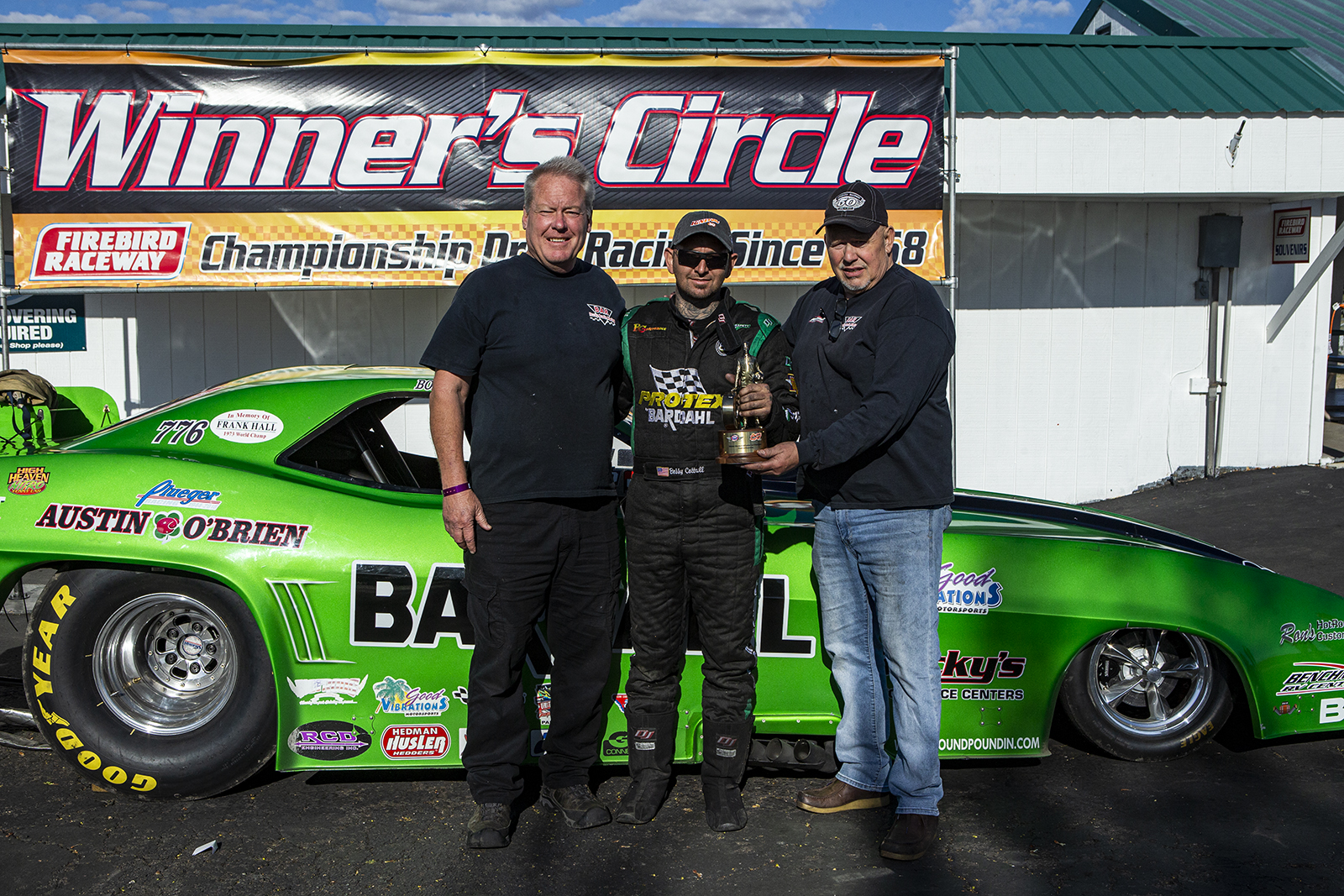 Reigning NHRA Heritage Series Funny Car Champion Bobby Cottrell picked up right where he left off in 2020, taking the win at the 50th Annual Ignitor Nitro Opener at Firebird Raceway in Eagle, Idaho.

Cottrell some trying moments in testing and qualifying, then the Austin and O’Brien team was able to get on track take the pole position in qualifying. He would then defeat Jerry Espeseth in Round One.

In round two Cottrell would be matched up with James Day. Day left on Cottrell, however by 330 feet the bright green Camaro had pulled alongside, past half track it appeared that Cottrell’s car had another gear in it as it ran 207 miles per hour at half-track, they just walked out of Day’s life to take the win. There were many crew chiefs shaking their heads in amazement at Cottrell’s half-track speed.

This would put Cottrell into the final with Michael Peck. Peck who previously had driven Don Nelson’s California Hustler, he decided to put together his own operation and started by purchasing the former Mac Attack Nostalgia funny car from IHRA top gun Mike McIntire. It could be safe to say they studied the notes made by McIntire as Peck took out the driver of his former ride in Kamaka Pocock, who was making his debut.

Round two was one of the closest races of the day as Peck took out Billy Morris at the wheel of Eddie Knox’s Problem Child on a holeshot.

Nevertheless, in the final the holeshot bug then bit Peck, as Cottrell stole seven hundredths on the starting line and took the win in the quickest side-by-side Funny Car race in Firebird history. Cottrell’s 5.69-249.49 covered Peck's quicker but losing 5.68-252.05. 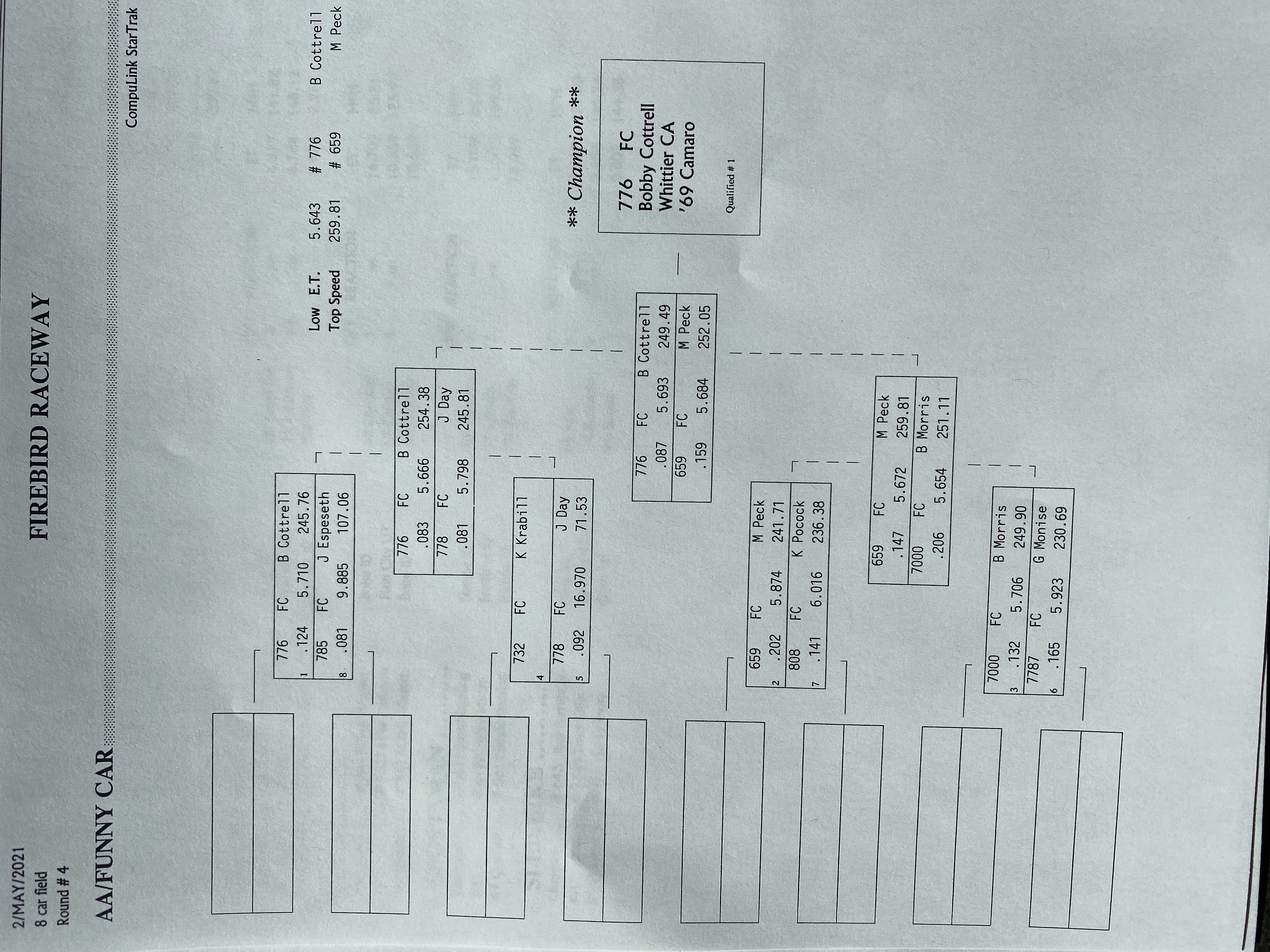 "Uncle" Bucky Austin has competed and won at Firebird Raceway for so many years, that it is almost like he has a home-field advantage.

And again it was that book of knowledge that has Austin's Bardahl Camaro driven by Bobby Cottrell on the pole for this weekend's 50th Anniversary Ignitor being held at Firebird Raceway.

Team Austin & OBrien came into the weekend struggling, as on Friday during a test session the team ended up doing an engine replacement, after putting the rods out of their primary power plant.

The team's struggles continued into session one where Cottrell ended up in the number five position.  Then a 90-minute rain delay took place while the team was in the staging lanes.  After the rain delay, Cottrell and the team made some adjustments and the results a very stout 5.64 @257.04 mile per hour lap and the pole position.

Following Cottrell is Michael Peck in his Camaro, [email protected] for number two. In at three is Billy Morris in Eddie Knox's Problem Child Camaro  5.72-244.60. At number four it is Michael Peck's son-in-law, "Hollywood" Kris Krabill 5.75-254.66. The top of the bottom half of the is James Day in Jim Broome's Speed Sports Omni at 5.76-246.04. Geoff Monise in the VanGundy and Clark Quarter Pounder is sixth at 5.91-243.28. Kamaka Pocock the new driver of the California Hustler Trans Am with his new crew chief Mike Boyer. Rounding out the eight-car field is Jerry Espeseth at the wheel of the former Rupert and Bays world championship car at 6.07 at 233.28.

Eliminations get underway at 12:00 MDT. 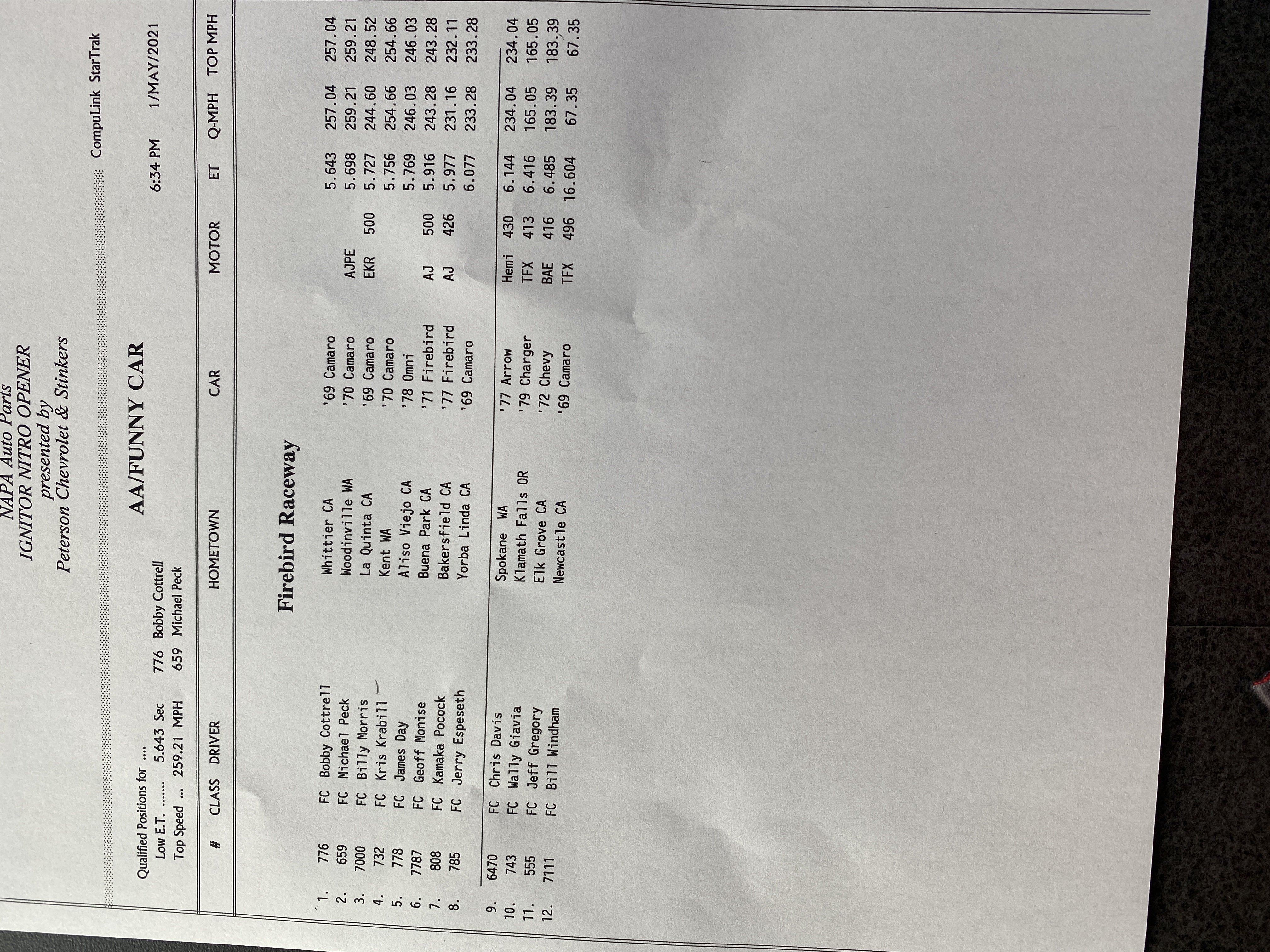