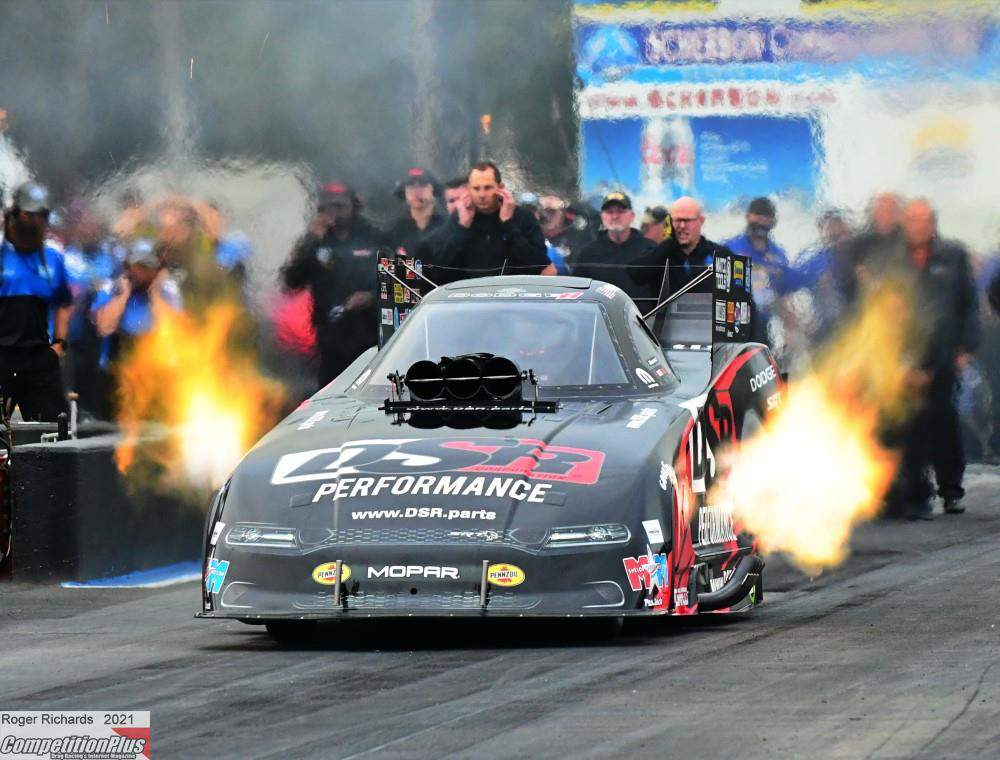 No driver in NHRA’s Camping World Series has had more success in Epping, N.H., than nitro Funny Car pilot Matt Hagan, who has won the event three times.

That trend of success continued for the reigning world champion Friday.

Hagan will see if his time will hold on through Saturday's final two qualifying sessions. If it does, it will be his first of the season and 41st of his career.

“We are trying to make it four wins in Epping and that’s hard to do," said Hagan. "But there’s something about up here in New England where (crew chief) Dickie (Venables) has a great combo, and the car drives great. I think it put a hole out down there towards the end. It kind of dipped over a little bit and the lip on the body caught so we have to figure out what is going on there. I didn’t feel like it hit anything, but it tore the body up a little bit.”

“I’m glad to be racing Don Schumacher Racing parts this weekend, and like I said, Dickie Venables is just a bad a**,” Hagan said. “When Dickie has it right and the tune-up is happy, everything goes really well. I tell you I rolled in here and all my parts and all my stuff was wet. I don’t know if we had a leak in our trailer or something like that. I was like what is dry? What can I salvage? I was trying to think about keeping my visor from being fogged up because I had a different head sock on and everything else. All kinds of stuff runs through your head out here. I was smiling all day thinking about eating some lobster (Friday night).”