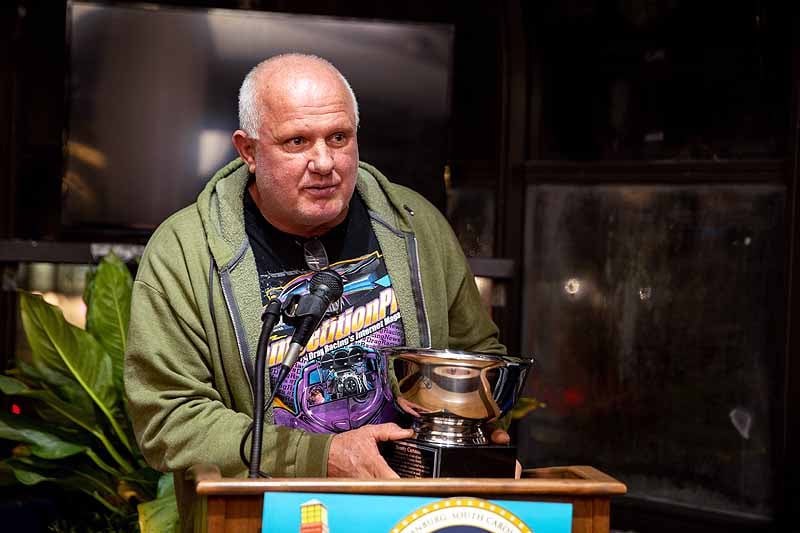 Scotty Cannon will be the first to admit there were many demons on his back when he left driving in the first decade of the 2000s, primarily for pain and health reasons. Almost two decades later, he's back with a greater passion than the one that fueled his six IHRA Pro Modified championships. Those hard-fought championships, which he made look easy at times, were the catalyst for his appointment as the first Pro Modified driver into the International Drag Racing Hall of Fame.

"I'd like to clear some things up," Cannon said on the CompetitionPlus Power Hour. "When I got hurt in '97, the year before I went to Australia, which was the year before I had Oakley, I was on a 14 or 15-hour flight within two weeks after surgery. I flew over there, and I raced. The whole time I was in Australia, my doctor didn't even know I was there. I was afraid to tell anybody, but looking back on it, I should have had more faith in my sponsors and just told them I couldn't race. I probably should have taken a year off and gotten better. That was one of the bad decisions I made."

Cannon carried his pain and enthusiasm over to the NHRA's Funny Car division, where he did his best to fall in with the crowd, all the while self-medicating with alcohol to avoid prescription drugs. He won't sugarcoat his alcohol dependence; he liked it even when he wasn't hurting.

"One of my biggest regrets is not being able to do better for [Oakley founder Jim Jannard] than I did," Cannon admitted. "I can sit here and say I was hurt. Yeah, I was hurt. Did I have any operations in between? Yeah. Did I stay ruptured? Yeah. There were times when I didn't do myself any favors.

"My crew can tell you I used to take ratchet straps and put soft ties around my legs and my arm and stretch me and ratchet me apart between rounds so I could stand the pain because everybody knows NHRA has a zero drug tolerance. So if I had medicine prescribed to me if it was more than an Advil, it didn't do me any good, so I never took it. There wasn't any use taking it because I couldn't pass the drug test if I had it. So I went through some hard times, but I owe [Jim] for not handling the situation better. He deserved better."

Cannon stepped aside from driving and put his son Scott behind the wheel, where he tuned him to an IHRA championship in 2007. He briefly drove a Top Fuel car for Evan Knoll, but that was a short-lived experience that yielded more than reasonable success. When the Torco empire sponsoring him imploded, he found himself on the sidelines.

Cannon had some outings in a doorslammer with Scott and then some with his so-called "husband-in-law" Alan Pittman, but for the most part, he was out of drag racing.

"When you drink and party and stuff like I did, you become addicted to that lifestyle," Cannon explained. "I guess I missed all that when the racing ended. I don't know if I felt sorry for myself, but I went through a state of depression. I went through different stuff, feeling sorry for myself. I regret that when looking back on everything, I've done in my life in probably the last 20 years."

Cannon would keep a low profile, racing drag radial with his brother over the next few years, and adapted to the new normal outside the spotlight. Still, health and personal issues would dog the one many considered the G.O.A.T (greatest of all time) in Pro Modified.

He began a road to recovery, which included giving up alcohol altogether. He's been alcohol-free for over a decade.

"I don't know how [doctors] treated me for depression," Cannon admitted. "They've treated me for everything. I lost my dad amongst all this stuff, which it's no excuse. I know that's nature, and it's human. But I guess I just felt sorry for myself. I'm not sure. I'm not going to pull any punches against myself because I've been known to swing punches at another guy, so I probably needed to be smacked in the mouth. I'd be the first one to hit myself. I feel better now. I wish I'd have done a few things different, but I'm ready to go racing somehow, someway."

Cannon credits a doctor's discovery recently of a blood disorder for getting him on the right track medically, which has him excited to race again.

"I had some blood work and found something; it wasn't like real bad disease or anything," Cannon admitted. "They got it straightened out about six months ago. I'll be honest with you, I've never felt better. The bottom line is when I got to where I was feeling better, just over the last six or eight months, I knew I had to be back out there. I haven't felt like this in over ten years. I promise you. It's no excuse.

"I went back to my doctors and asked them, 'Is this [good feeling] going to go away?"

"They said, 'No, this is just you had some blood work monkeyed up. It's good we found it because it probably wouldn't have killed you. This is why you feel better than ever.

Cannon's energy levels had sunk to the point he couldn't even go on an hour's drive without falling asleep. It had gotten to where his wife Amanda was driving on their trips.

The new Cannon, he proudly proclaims, is up at 7 AM and asleep by midnight.

Cannon has also embraced drag racing's recognition of his achievements, first with an appointment into Bristol Dragway's Legends of Thunder Valley and also induction into the North Carolina Drag Racing Hall of Fame. Reliving those memories and getting the call from Don Garlits for the International Drag Racing Hall of Fame was enough to make Cannon relish his glory days again. However, it also started the thought process if there was still some fire in the belly to race again. 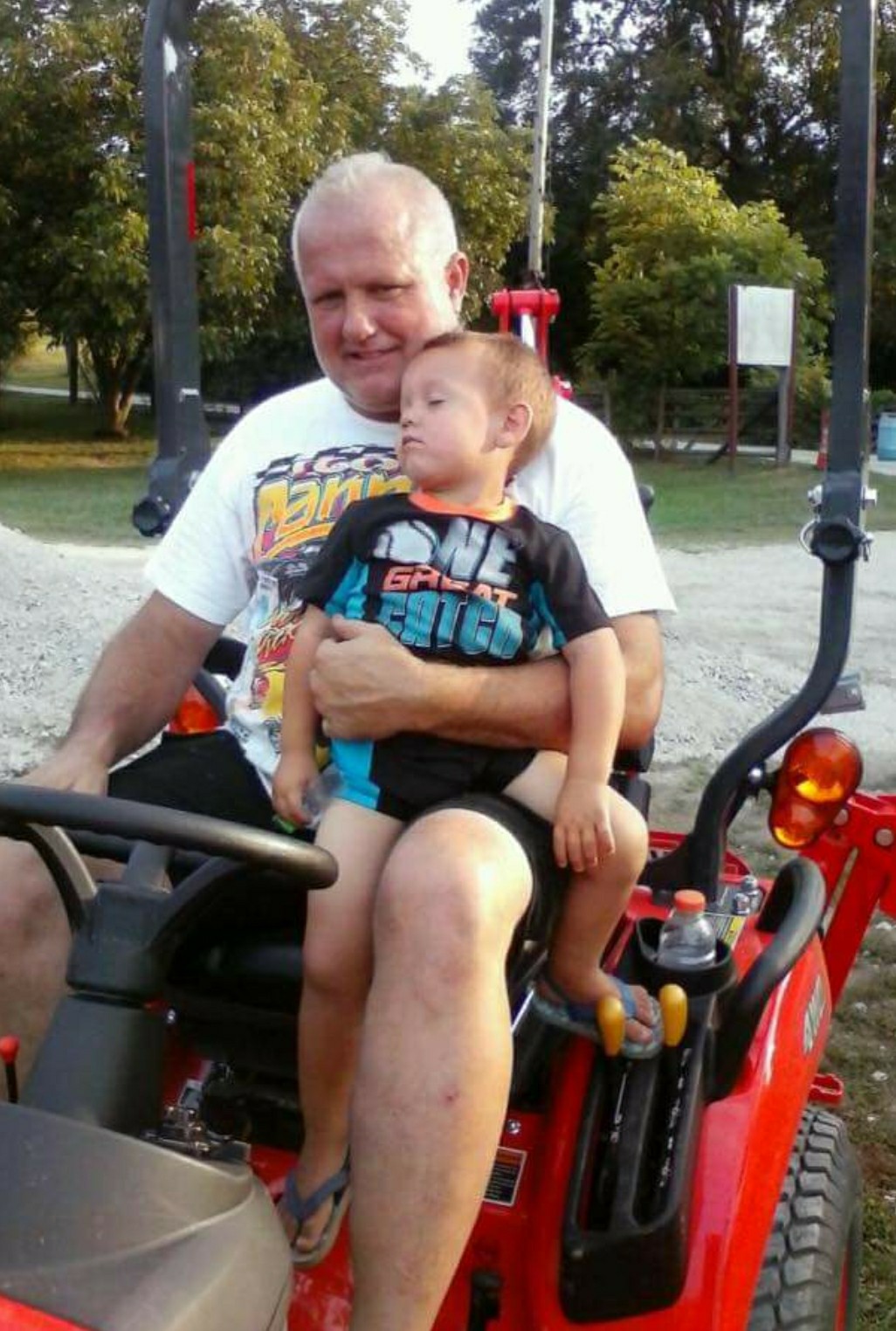 The medical discovery confirmed his desires.

"I'm loving it," Cannon said. "I never thought a year ago, or two or five or ten years ago, I'd be back out in the shop doing this stuff or ready to race. I want to run and win some championships just for me and my brother, whatever."

Recently, Cannon's brother, Doug Greene, purchased a Pro Modified car from Tommy Gray, and together they plan to race PDRA in 2023. He's clear that it's his brother's car, and Doug will be driving.

"Regardless if I get to drive or don't drive, I'm gonna be happy," Cannon said. "I'm so much happier than I was to say a year ago, and that takes it back ten years ago or 15. I sat in my house many times and watched many days go by, and I never thought it'd just be blood work that had me feeling so bad. I guess if I feel good, I'm going to race. If we don't have anything else, I just get to race with my brother. He's been busy all his life building a good electrical business, and he never could enjoy any of the good times with me. He was busy. He had five kids, and his businesses did well. He's prospered. I'm so proud of him.

"I don't want to put this in the wrong way and turn anybody down, but if I crew chief his car and we had some funding, he does okay. It'd take a lot less to fund his car, and I would be just as happy as if I as driving. But I want to be back in the seat and at least hit the throttle, do something. I'm hoping for anything. That's what's on the burner now."

Right now, the spirit is willing, and the flesh is not weak. The right sponsorship and opportunity and the newly christened Hall of Famer will give Pro Modified racing a spin again.

"We'll see what the good Lord brings to us," Cannon said. "Somebody wants to go racing. We'll give it a whizz. I'm just full of piss and vinegar right now, but that's in a good way. My wife says I act like I'm 18 years old again.