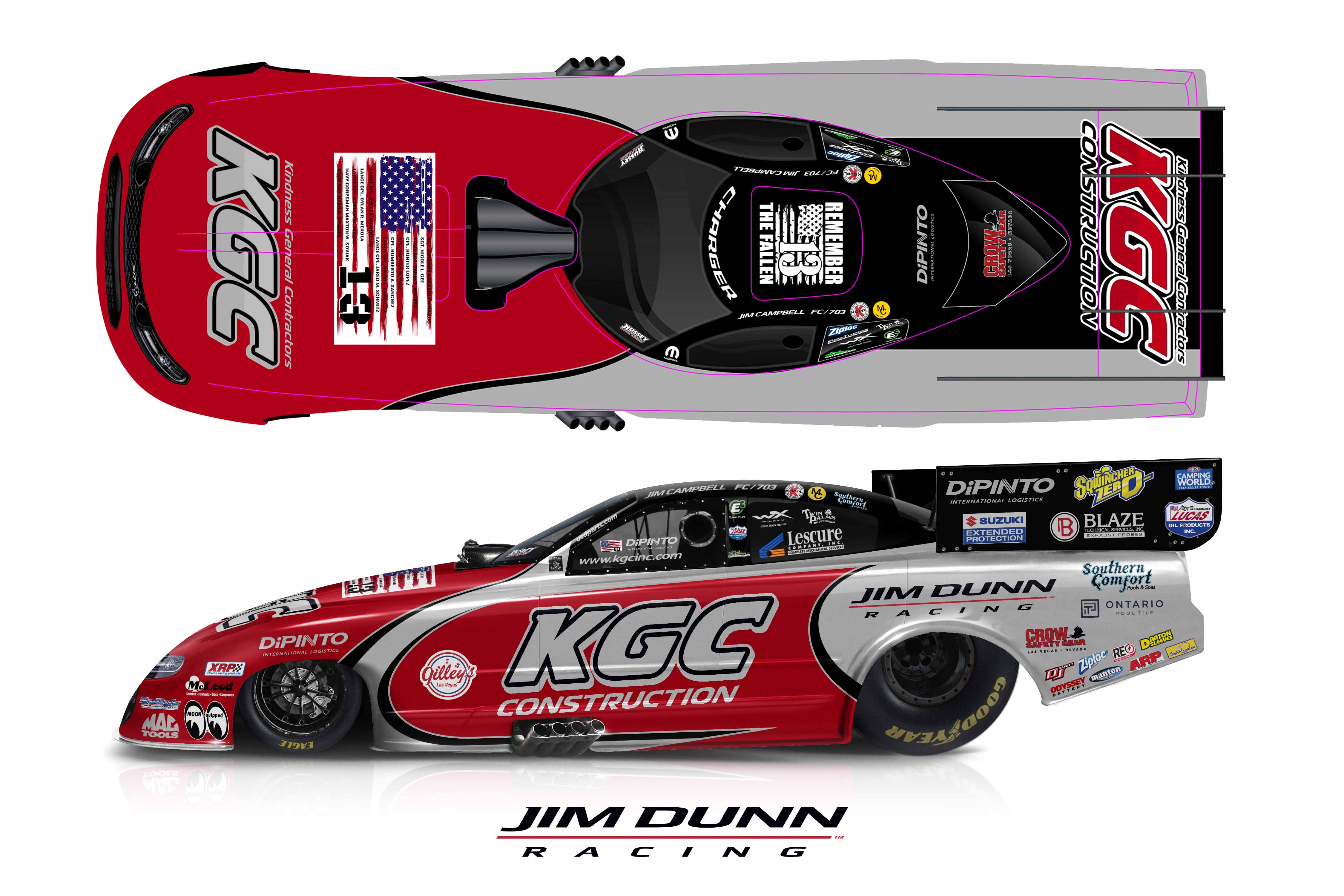 In addition to the primary colors of team sponsor, KGC Construction, the red and silver Nitro Funny Car entry from Jim Dunn Racing will also carry a U.S. flag on the hood during the NHRA Las Vegas race to recognize 13 fallen military personnel that were killed during an August explosion near the Kabul airport in Afghanistan.  The team and sponsor, both want to share their respects to all men and women of U.S. military service that risk their lives for our freedom.

The team and sponsor selected to recognize the fallen 13 service members because several of those killed were from Southern California where the Kindness General Contractors (KGC) operates its primary business, and the team has its race shop.  Based out of Ontario, the race team felt the hurt of members from the fallen 13 who were from nearby Norco and Rancho Cucamonga.

Team Manager, Jon Dunn, stressed the importance of the message. “We are able to compete on the track because of everything that the service members in the U.S. military do to protect us every day.  Hopefully our message of recognition to the fallen 13 is received by fans in attendance and those watching on TV to know the ultimate commitment service members make to defend our way of life.”

KGC Contractors finds the message close to home as an employer that is proud to have many past service members and veterans on their job sites daily.  Fans can see the Jim Dunn Racing Funny Car on site at the NHRA national event in Las Vegas, October 29-31, and well as during TV broadcasts on the Fox network.