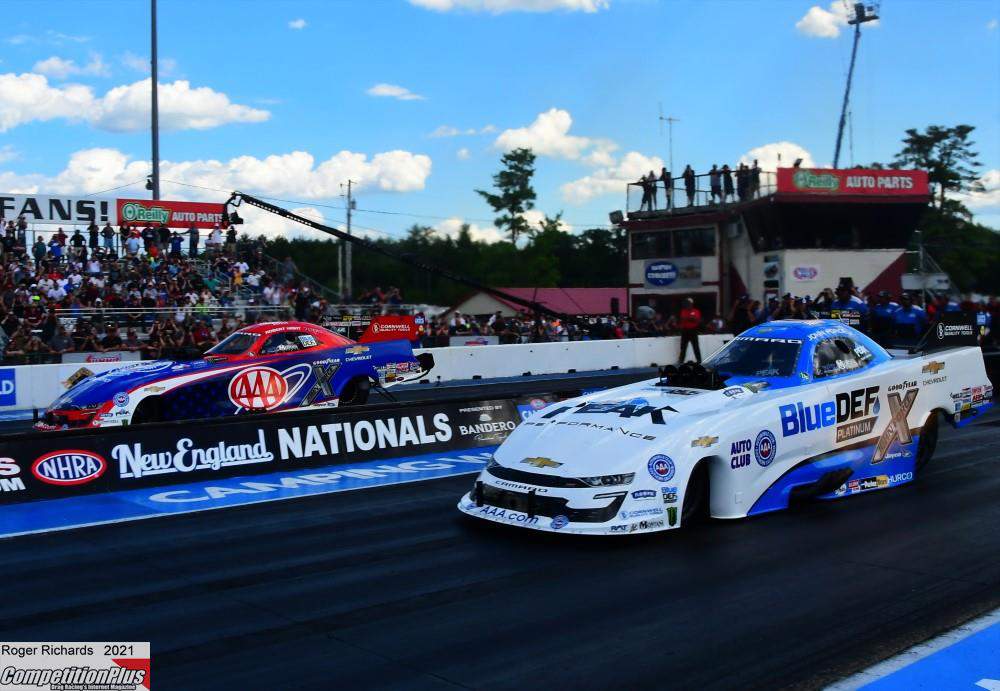 Greatness does not have an expiration date for John Force.

The drag racing legend won his second race of the 2021 NHRA Camping World Series NHRA season and 153rd of his amazing career Sunday at the Tascaparts.com New England Nationals Sunday. 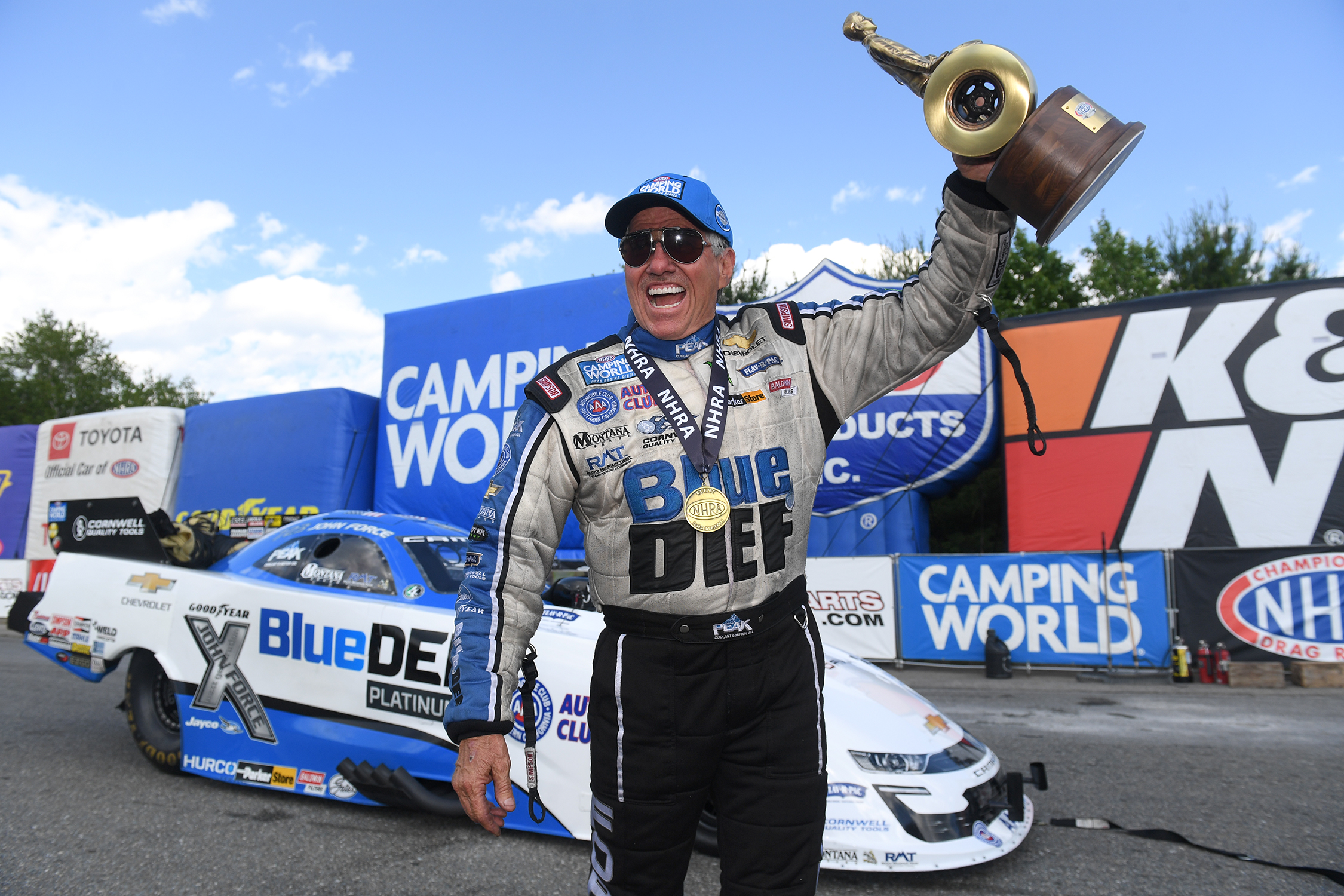 “This (Wally) represents team effort,” said Force, 72. “You have to look at both these cars and Brittany’s Top Fuel car, they have BlueDEF on them, they all have Auto Club on them, they have AAA, Flav-R-Pac, Monster, the list goes on and on. All the people who take care of me, that is really what it's all about. Robert helps me so much, and he should not just try to get me back in the driver’s seat where I don’t suck so bad. Right now, I have a car and I won (Sunday) and I did my job.

“I want to thank all the people in Epping for coming back. I want to thank (crew chief) Daniel (Hood) for a great tune-up and my grandchildren and Tim Fabrisi for fixing the cockpit in my car.”

This was the 51st final round between John Force Racing drivers but the first since 2018 when Courtney Force beat John in Richmond, Va.

Force is a 16-time nitro Funny Car world champion, with his last title coming in 2013. He is the winningest driver in NHRA history and his JFR team has won 21 NHRA world championships.

Force, who won at the Four-Wide race last month in Charlotte, improved his career elimination round record to an incredible 1,368-616.