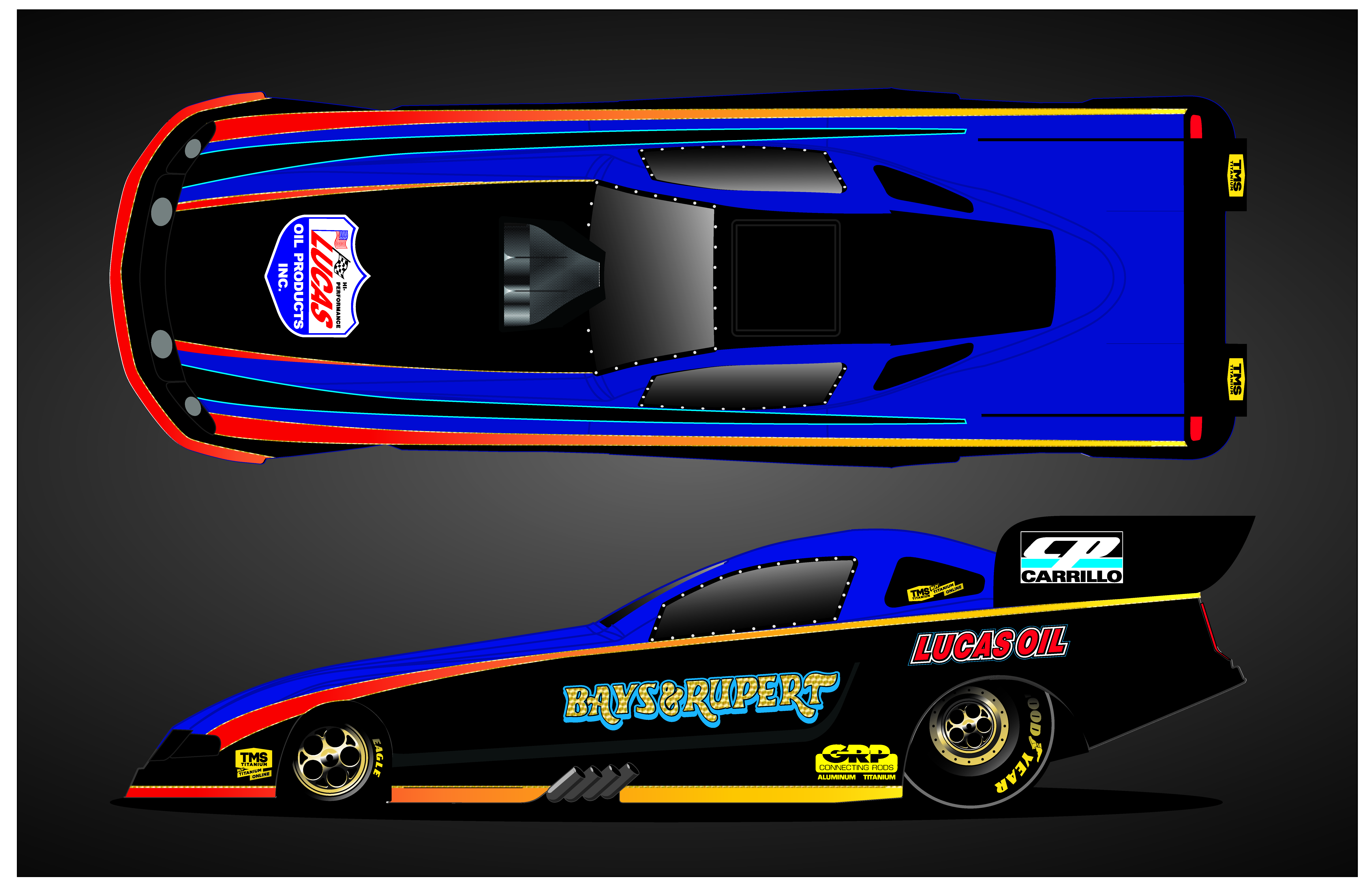 Jason Rupert knew he needed to call an audible as time grew short for this weekend’s Denso NHRA Four-Wide Nationals in Las Vegas. That said, Rupert selected Jonnie Lindberg to serve as his interim driver while he procures his driving credentials for NHRA competition.

Rupert, who is also a three-time Funny Car champion in NHRA's Heritage Series has been working towards procuring his big show competition license but as time for the event came closer, it became apparent it wasn't going to happen.

Rupert made incremental passes this winter to shake down the new car earlier this year in Bakersfield, Ca.

Lindberg was the logical choice for Rupert because of his talent and their common physical stature.

“It’s been a long road, and I’m really excited to be running the car this weekend,” said Rupert. “It is going to feel a little strange to be outside the car, but we are fortunate that a driver of Jonnie’s caliber was available and willing to drive. I think he’s very talented.”

Lindberg, a two-time NHRA Lucas Oil Drag Racing Series Top Alcohol Funny Car champion, drove the Head Racing Funny Car from 2017 through 2019 and was selected to substitute for Bob Tasca III in the Motorcraft/Quick Lane Ford Mustang last summer when Tasca was sidelined with COVID-19. Lindberg reached the final round four times while driving for Head with two occurring at The Strip at Las Vegas Motor Speedway.

“I’m happy to get behind the wheel of a nitro car again,” said Lindberg. “It is always an honor to be trusted with someone’s equipment. Rupert and I talked about this possibility going back to last year. They are a new, part-time team who took the time and effort to put together a good car.”

The Rupert Motorsports entry will be adorned with the Bays & Rupert logo, paying tribute to the Black Plague Funny Cars campaigned by Rupert’s late father, Frank, and racing partner Richard Bays in the 1970s. It will also feature Lucas Oil, which is in its 25th year of partnership with Rupert, along with TMS Titanium, GRP Connecting Rods, Atlas Testing, CP-Carrillo, Blaklader Workwear, and Manley.

“It’s important for us to get out there and put on a good show for everybody who supports us and those who might be interested in getting involved with a team like ours,” said Rupert. “We put a lot of work into getting everything ready. Plueger was really encouraging when he sold us the car. [The late] Eric Lane was instrumental in getting us going in the right direction with all the changes.

“We’ve received a great deal of technical assistance from other teams along the way. It’s exciting to finally get out to the track.”

Rupert plans on competing at NHRA Camping World Drag Racing Series events on the West Coast. Additionally, he will continue tuning the Atlas Testing Nostalgia Funny Car driven by Jerry Espeseth which won the most recent event on the NHRA Heritage Series calendar in Tulsa, Okla., in September.

Rupert plans to complete his competition license upgrade procedures during test runs after the event. He selected Lindberg to drive in Las Vegas so as not to delay to the debut of the new team.