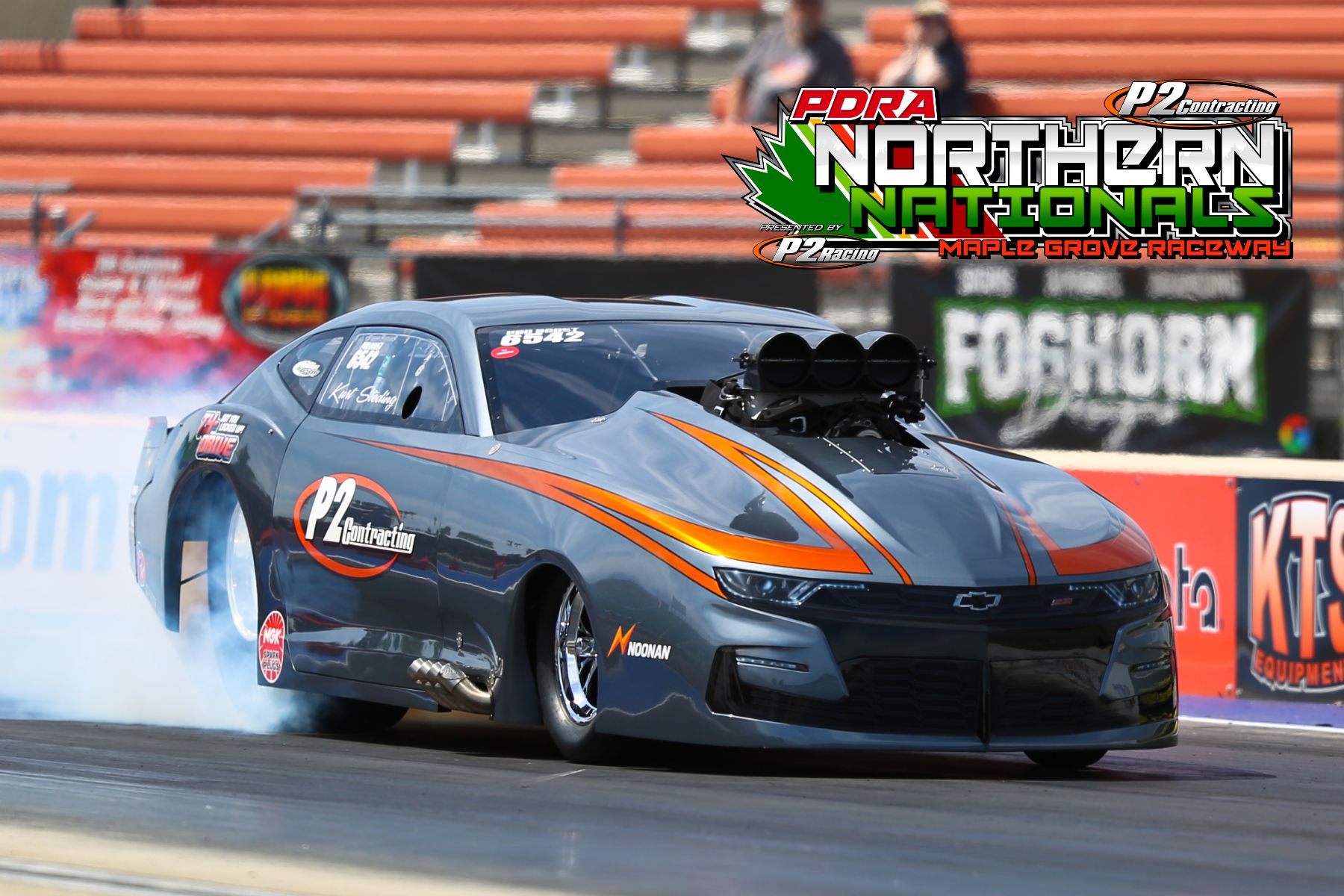 Pennsylvania’s Kurt Steding knew he had to get involved when he found out the Professional Drag Racers Association (PDRA) was bringing its eighth-mile drag racing show to Maple Grove Raceway near Reading, Pa. The Pittsburgh area construction contractor is putting his full support behind the PDRA Northern Nationals, as P2 Contracting is the title sponsor. Steding’s three-car race team, P2 Racing, is also the presenting sponsor.

“Kurt Steding has been a rising star in the PDRA over the last few seasons, and it’s a big deal to have him on board as an event sponsor now as well,” said Will Smith, marketing director, PDRA. “Kurt came to us and wanted to do anything he could to help make this race a success. With the support of P2 Contracting and P2 Racing, there’s no doubt we’re going to make a major first impression on the Maple Grove fans at the Northern Nationals.”

“Everyone associated with P2 Contracting and P2 Racing is excited about the opportunity to work with a great organization like the PDRA and to sponsor an event at an historic facility such as Maple Grove Raceway,” said Tom Lang, public relations director, P2 Racing. “This will be PDRA’s first visit to Pennsylvania and we hope it will be a memorable one. We also hope to see both of our team cars in the final round of Penske/PRS Pro Boost presented by WS Construction.”

Steding and Tutterow recently paired up in the semifinals at the Summer Shootout presented by Ty-Drive, where Tutterow advanced to the final round. His runner-up finish helped him move up to second in Pro Boost points. Ethan Steding is the points leader in Pro Jr. Dragster after his win at the Maryland race. The elder Steding had to sit out the Maryland race due to a knee surgery, effectively taking him out of the championship chase in the ultra-competitive Pro Boost class.

“Since I missed Maryland, I really don't have a chance at the championship,” Steding said. “My goal is to really help Todd and Ethan get to a championship. That would make me just as happy. Of course, I would be happy to win the championship myself, but if you run the numbers, it's just not going to work out this year. I've been hurt since Kentucky, and it obviously affected me in the car. I'm doing pretty good, and my lights were back to the way they used to be this past weekend. We had a great time. My goal is to see Todd to his 22nd championship and definitely keep Ethan in the hunt as well. I think he's got it.”

Before heading to Maple Grove for the P2 Contracting Northern Nationals presented by P2 Racing, all three drivers will take part in the Summit Racing Equipment PDRA ProStars race during Virginia Motorsports Park’s Night of Fire on July 31.