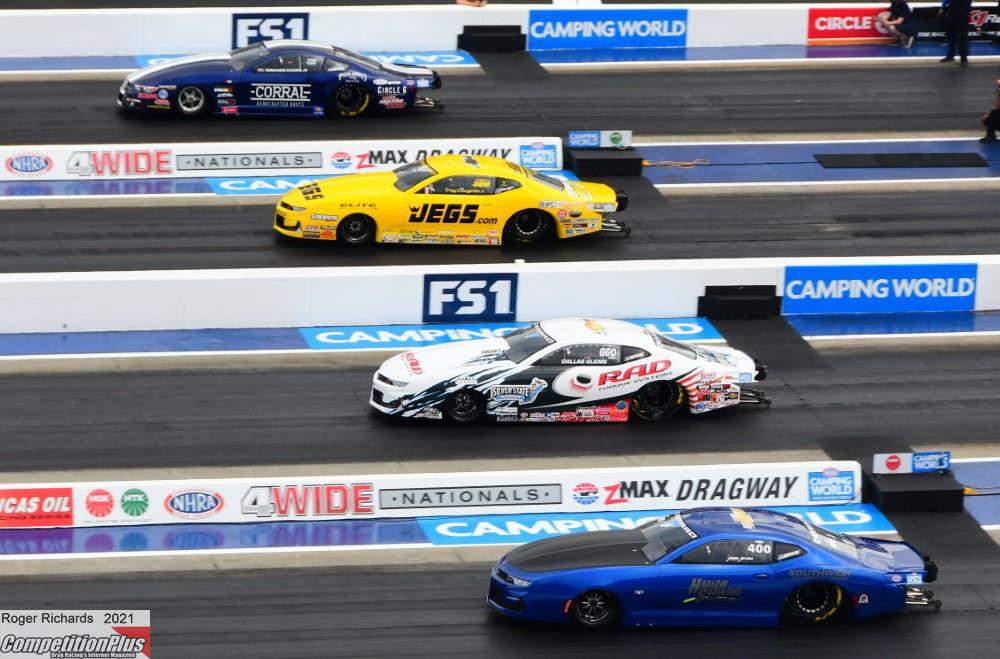 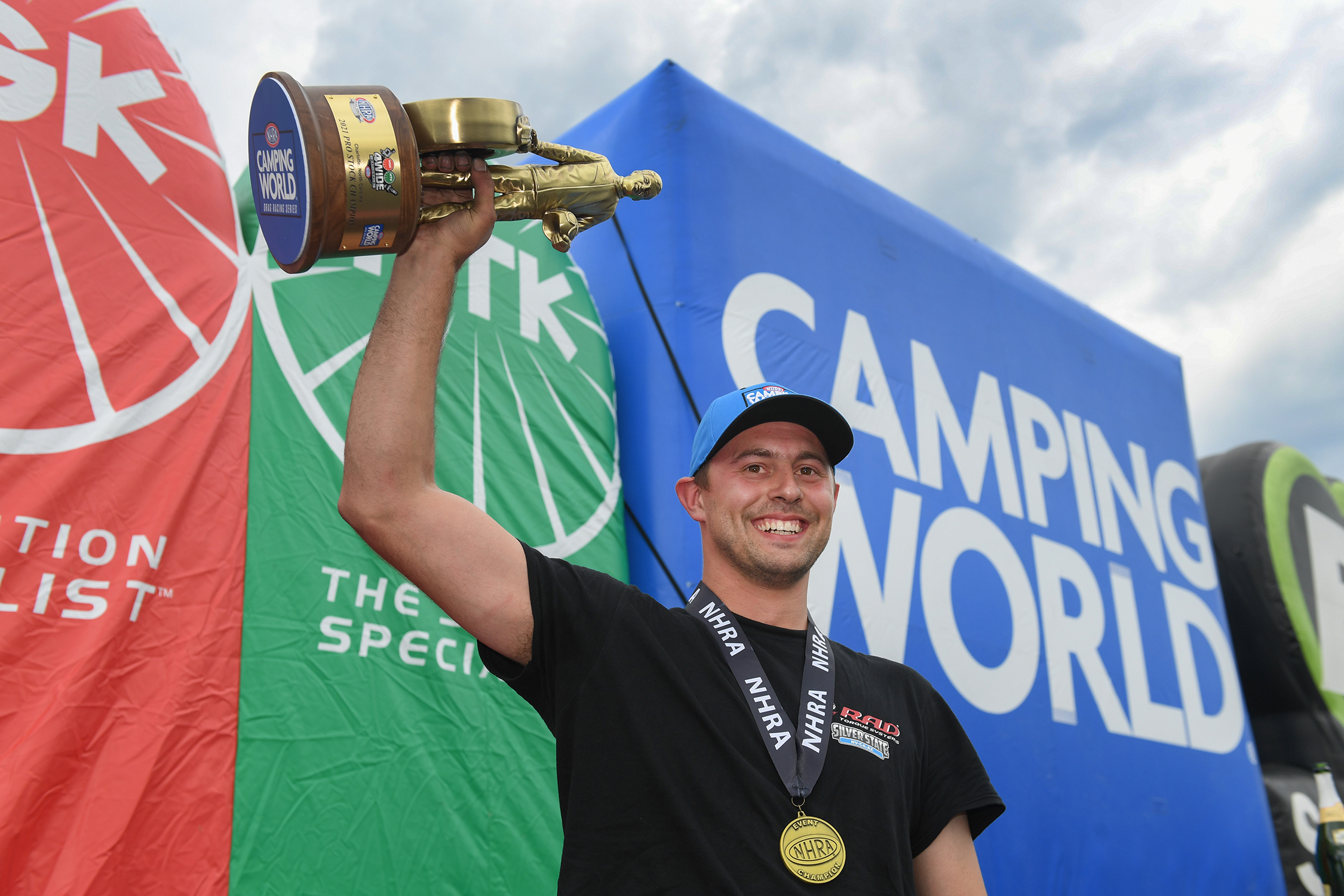 A timing snafu signaled to NHRA announcer Alan Rinehart that Mason McGaha was the winner in the NGK NTK Four-Wide Nationals Pro Stock final round. But the numbers didn’t add up.

The camera didn’t lie either. Race officials overruled the decision and awarded Glenn the victory and McGaha the runner-up.

“When I left, I felt really good on the tree and the car felt really good,” Glenn said. “I’m going down there, hit the shifts. I’m still taking Jason’s advice. I’m not looking over, no matter how much I want to. I went to the finish line and saw the solo light up there. I was like, ‘Well, at least I got a runner up.

“I make the corner, pull over there to the left, and I get out, take my stuff off, I’m just walking over there. Everybody starts surrounding me, and I’m like, ‘What’s going on?”

“It was definitely pretty wild.”

A source close to the situation told CompetitionPlus.com when Fernando Cuadra went red because of a glitch; it did not lock out for the final round. This resulted in no win light.

Glenn might not have been as disappointed with the runner-up if his ascension from bracket racer to Pro Stock crewman to driver was not already a dream come true.

Back in 2012, a conversation between Glenn and a couple of friends related to the KB Racing team revealed three openings on the crew, one of which he’d end up filling. Fast forward to 2021, with the retirement of Jason Line and backing from Rad Torque Systems; he got the chance to drive Pro Stock.

What started out as a four-race program has Rad’s owner Dan Provost looking ahead to more appearances.

“We talked to him last night and he said, “We’re fully committed. We’re going to try to find out whatever we can, and we’re going to send you to all of them. You just keep doing what you’re doing. Don’t worry about any of the results because the results will come.”

Glenn paused and added, “I guess they just came a little sooner than what we were thinking.”

As Glenn sees it, the timing couldn’t be better for Pro Stock, a division he sees as on the upswing.

“I think Pro Stock right now is extremely healthy,” Glenn said. “Every race, we’re getting at least 18 racers. Pretty much half the field is, I guess, under the age of 35, and there are a lot of young guns driving right now. It’s absolutely brutal right now. Anybody in the top 16 can go up there and win a race.

“Anything can happen right now.”

But apparently, for Glenn knowing anything can happen for him to score a win this early in his career is a feat he might need a little more convincing to believe.

“To be honest, I don’t think it’s really even hit me yet,” Glenn said. “I still am just kind of going through it, just trying to soak everything up and enjoy everything I can. I’ve never got to experience this side of winning. I’ve been on KB Racing, and we’ve had a lot of success. I always just go back to the trailer and just start tearing everything down. You’re happy you won and everything.

“This is a whole new perspective for me. These cars are so much fun, but they’re hard to drive. That was a very interesting final round there.”