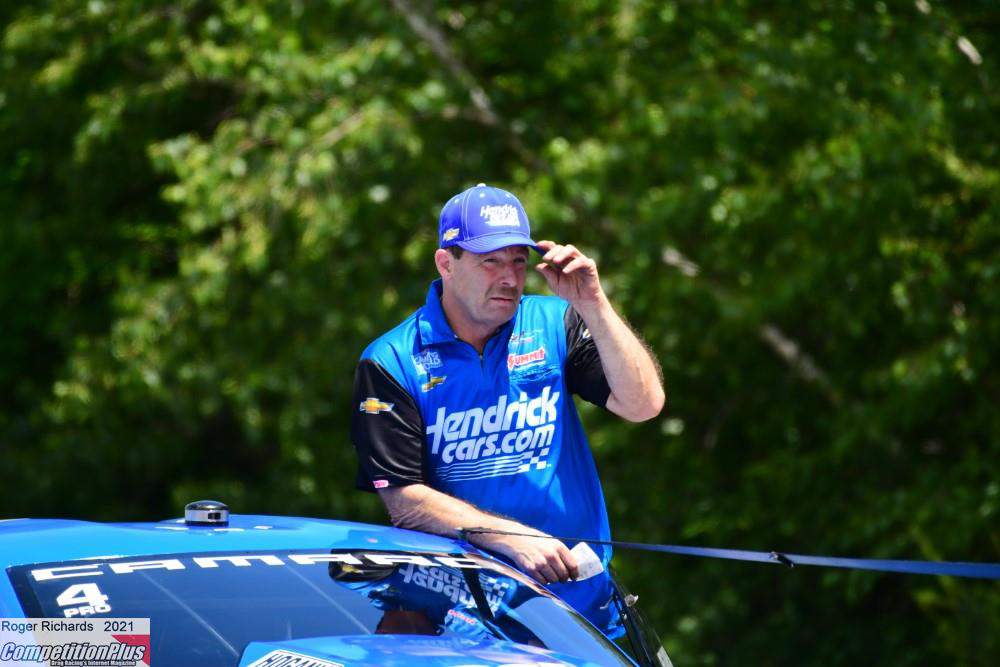 Greg Anderson has had an incredible 2021 season so far and nothing has changed with that narrative this weekend at the sixth race of the year in Epping, N.H.

Anderson is now 5-for-6 in qualifying No. 1 at races this season in the 2021 NHRA Camping World Drag Racing Series. His worst qualifying spot was second in Houston.

This was the 111th career No. 1 qualifying position in Anderson’s decorated career.

“I certainly can’t complain,” Anderson said. “It has really been pretty much a dream start to the season. I have made a couple of mistakes on the driver end otherwise we could have had a seriously good run going already. I have a lot of time yet to win some races out here with the (HendrickCars.com) Chevy. She has been pretty bad to the bone all year and it is a beautiful looking car and I really want to be able to present that first drag racing trophy to Mr. (Rick) Hendrick. That’s what I really want to do and I can’t think of a better weekend to get that job done.

“They are doing a great job over in NASCAR and we need to start pulling our own weight here in drag racing.”

Anderson faces John Gaydosh Jr. in the first round. Anderson, who was fourth in the world standings last year also was the quickest in the third and final qualifying session with a 6.538-second run at 210.18 mph.

Anderson, the points leader, has an amazing 851-366 elimination round record. This is his 486th career NHRA Pro Stock event.