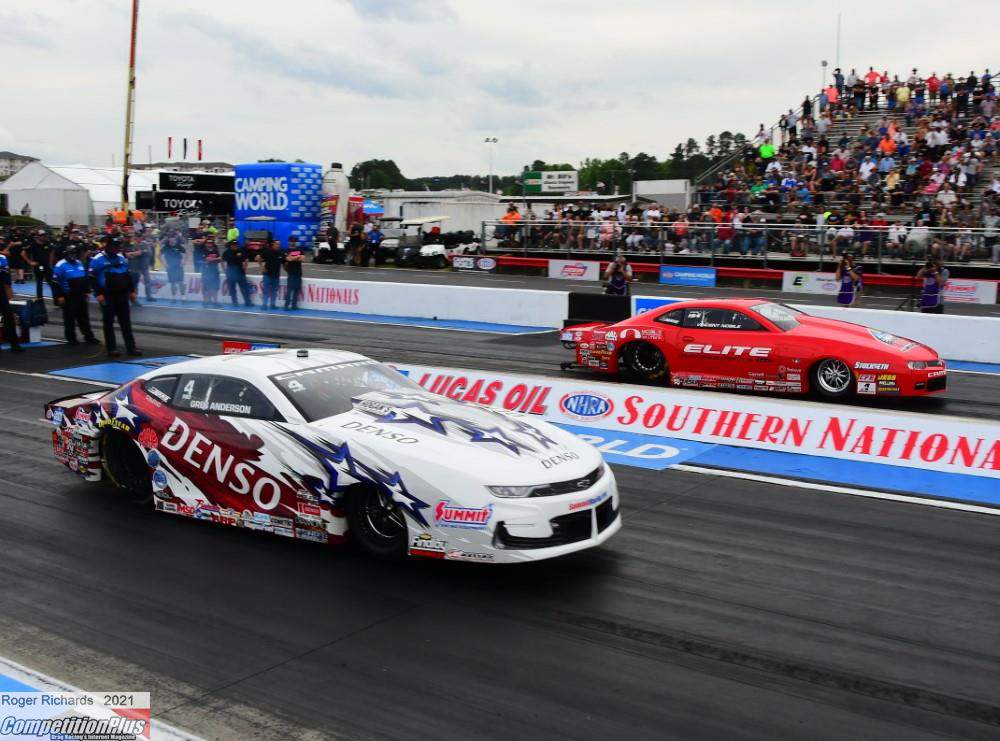 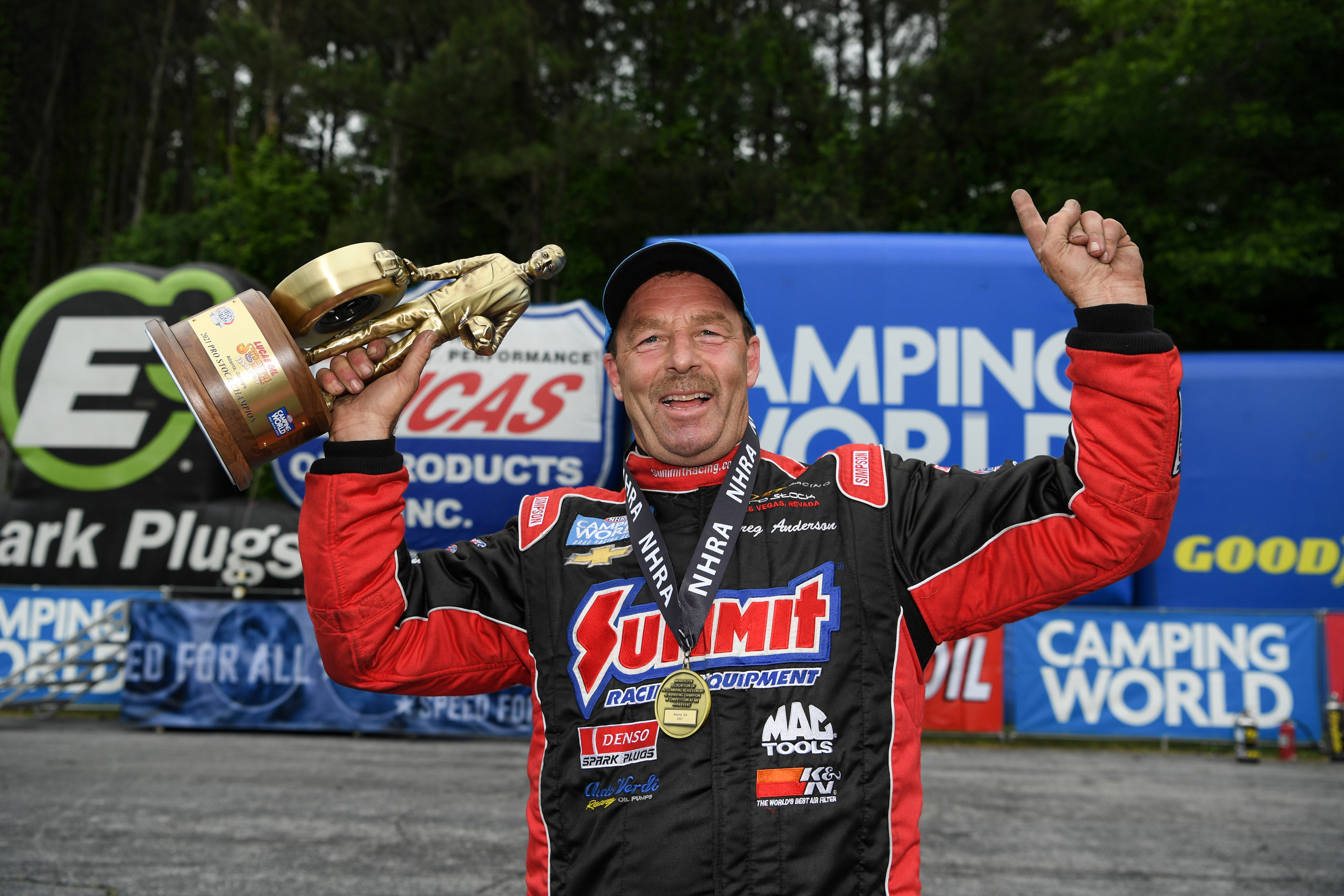 Anderson, driving his Ken Black-owned Denso Chevrolet Camaro, won for the second time this season in three races. His first victory came at the season-opening Gatornationals in Gainesville, Fla., March 14.

“I couldn't script it any better,” said Anderson, who also qualified No. 1. “Absolutely right from the start it's just been a dream weekend and you know the weather's been perfect, the crowd is jam-packed. We haven't seen that in a year-and-a-half.”

Anderson has won NHRA Pro Stock world championships 2003-2005 and 2010. Sunday fifth in Atlanta, which is hosting the final event in the track’s rich history.

But at least we made the most of it and we made a lasting memory.”

Anderson began his NHRA Pro Stock career in 1998 and in 2007, Anderson beat Johnson in the finals to win at Atlanta Dragway.