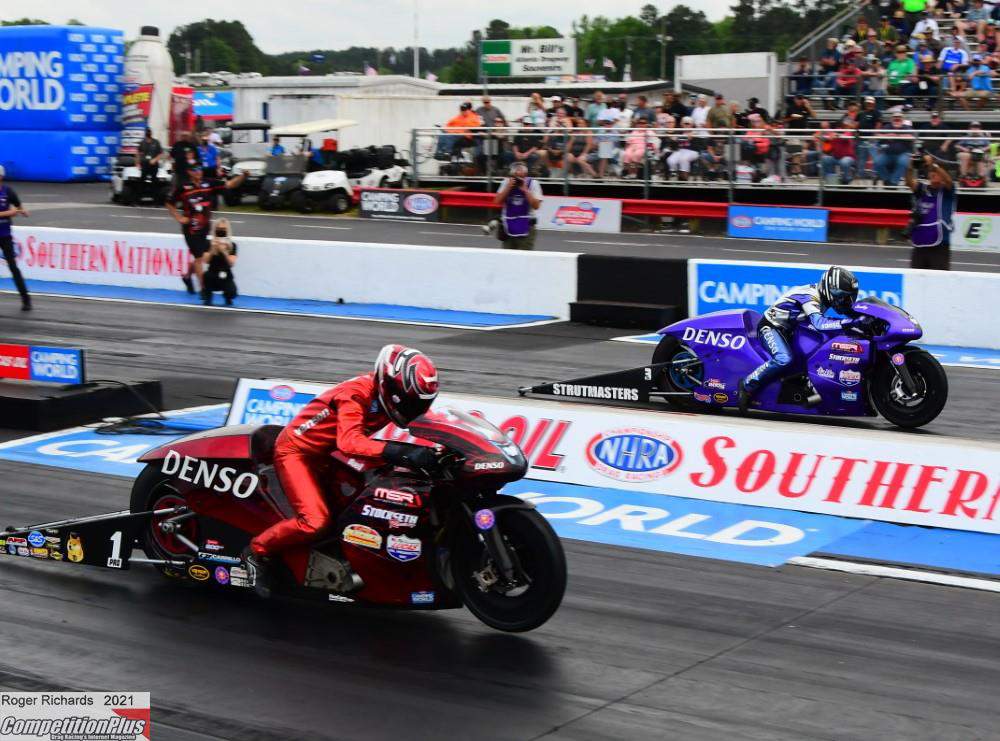 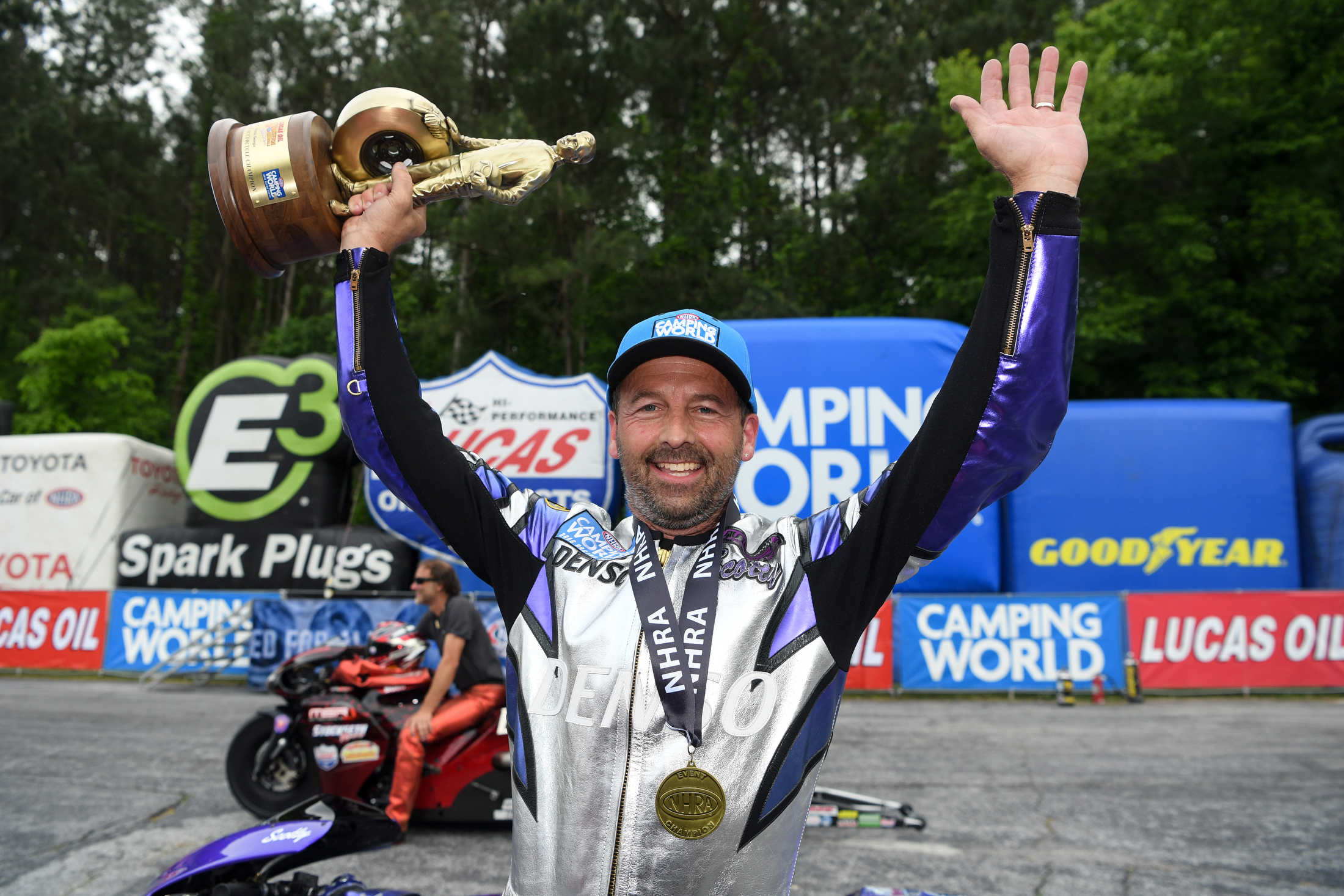 The Oregon native finished a career-best third in the NHRA season points standings and won his inaugural national event title, capturing the crown at the Denso U.S. Nationals at Lucas Oil Raceway in Indianapolis in September.

This season, he’s once again proving he is a legitimate contender to win a world championship.

Pollacheck won the 40th annual Lucas Oil Southern Nationals Sunday when he beat his teammate Matt Smith in the final round when Smith had a red-light start at Atlanta Dragway.
Pollacheck, who qualified No. 1 with his 6.779-track-record elapsed time, mowed down the competition to snare his second career Wally.

“It's awesome anytime you can win but this one's really, really special because my wife Susan was able to be here this time,” Pollacheck said. “Last year at Indy, she wasn't here. To race Matt in the final you have all MSR bikes in there, that's just amazing. Nate Kendrick, who is Matt’s crew guy, he's awesome. Him and his wife Amy, they help everybody here so much. Joel, my partner at home and Quality Tire, I couldn't do this if it wasn't for him. He lets me come out here and live my dream and do this stuff and what an amazing deal. I mean, it's kind of like coming full circle now with everybody here and an all-MSR final. I think Matt and I are one and two in points and it doesn't get much better than that.”

Despite losing in the finals, Smith was smiling.

“MSR and Denso, they’re the real winners of this race,” Smith said. “We won the race. We knew it going in the finals that we already had won. Just a simple fact, I had the slower bike of the round and I went for it. I come up .001 red and tried the tune-up and the tune-up worked. My bike was just off on tune-up. I had Scotty’s and Angie’s bike running really good this weekend.

“You never go up at a red light. But Q2 I knew where I could be at with my clutch and I went .004 against Angelle in qualifying, so I knew that's where I wanted to be. I wanted to go .00 because I knew that would probably do it, and it was just .001 on the wrong side.”

Pollacheck arrived in Atlanta fourth in the season points standings in his Denso/Strutmasters.com motorcycle.

And, in the final he didn’t realize Smith had a red-light start, which made things a little crazy for him.

“Well, I panicked a little bit because when I let the clutch out it bogged really bad,” he said. “As soon as it did that, it gave me a little bit of time to look up and I saw the win light, come on. So, there was a lot of relief going on there because I knew it was over and I'd won, and we'd gotten a little bit of luck there and we needed it. But it seems like you can never get all the way to the end of one of these deals with a little bit of luck. So, we'll take it.”

Pollacheck, who clocked a 6.921-second time in the finals, was appearing in a final round for the ninth time.