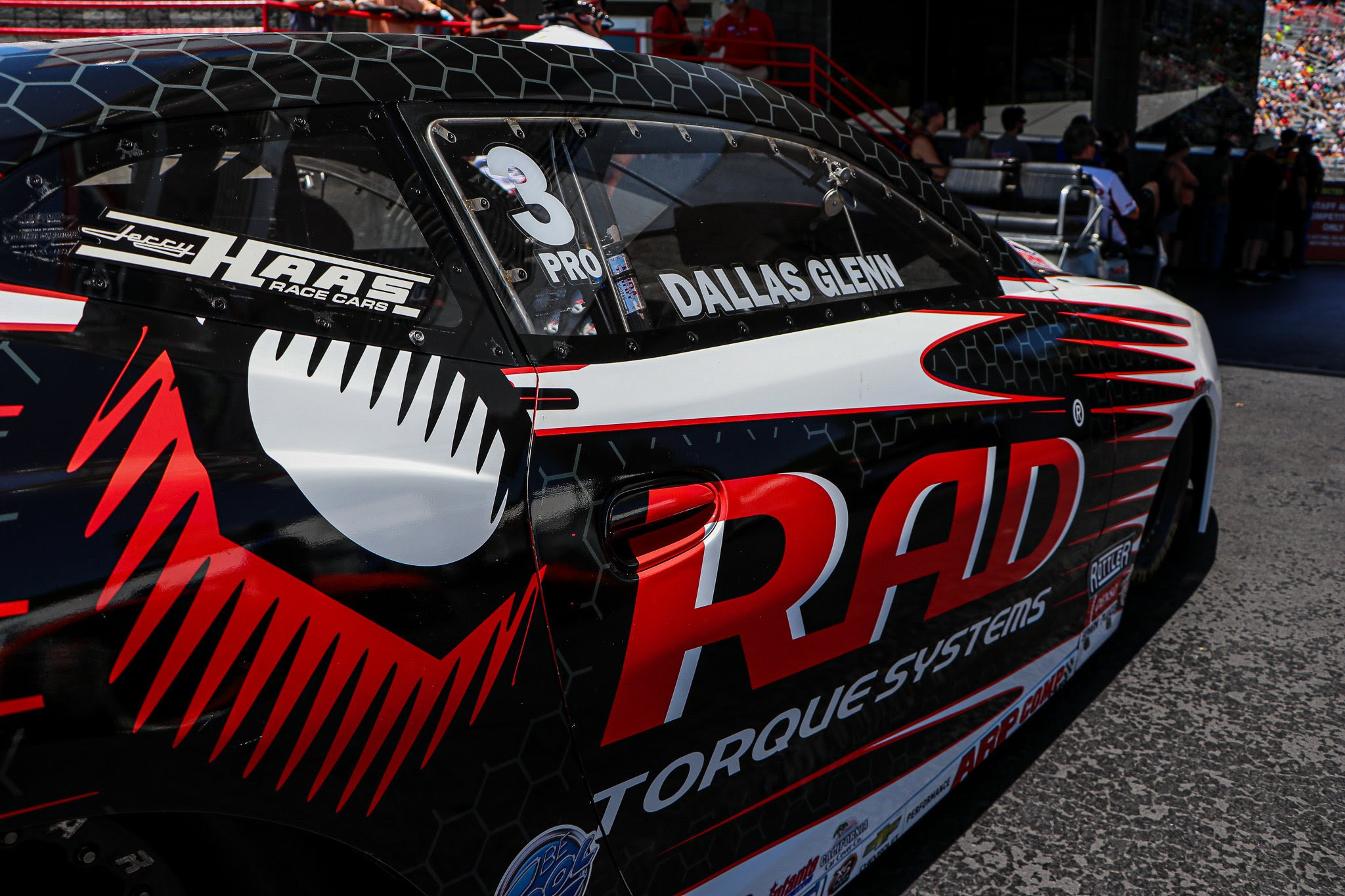 RAD Torque Systems announced on Saturday before the first qualifying session of the day at the 33rd annual Northwest Nationals that they would be continuing their support of 2021 NHRA Rookie of the Year Dallas Glenn through 2024.

Before Dallas fired up his RAD Torque Systems / KB Racing Chevrolet Camaro, there was a pause in the action for RAD Torque’s Dan Provost to make the surprise announcement.

“I wanted to make the announcement here at Dallas’ home track [Pacific Raceways] that RAD [Torque Systems] is going to maintain sponsorship of Dallas Glenn for a minimum of two more years,” Provost said as he was met with applause from the northwest crowd. “We’ve been thrilled by our partnership with Dallas. The whole KB Racing team is really great and Sadie [Glenn] as well. It’s a real positive vibe and we’re honored to do it.”

“This feels amazing,” Glenn said at the top end after his run. “The people at RAD are the best sponsor anybody could ask for. In this day and age, to have someone sponsor, let alone sponsor for multiple years, is almost unheard of. They’re out here racing with us, supporting our team, and supporting the sport of drag racing.”

Currently, Glenn is No. 5 in the Pro Stock point standings with a career win-loss record of 41-24 in just 28 races.