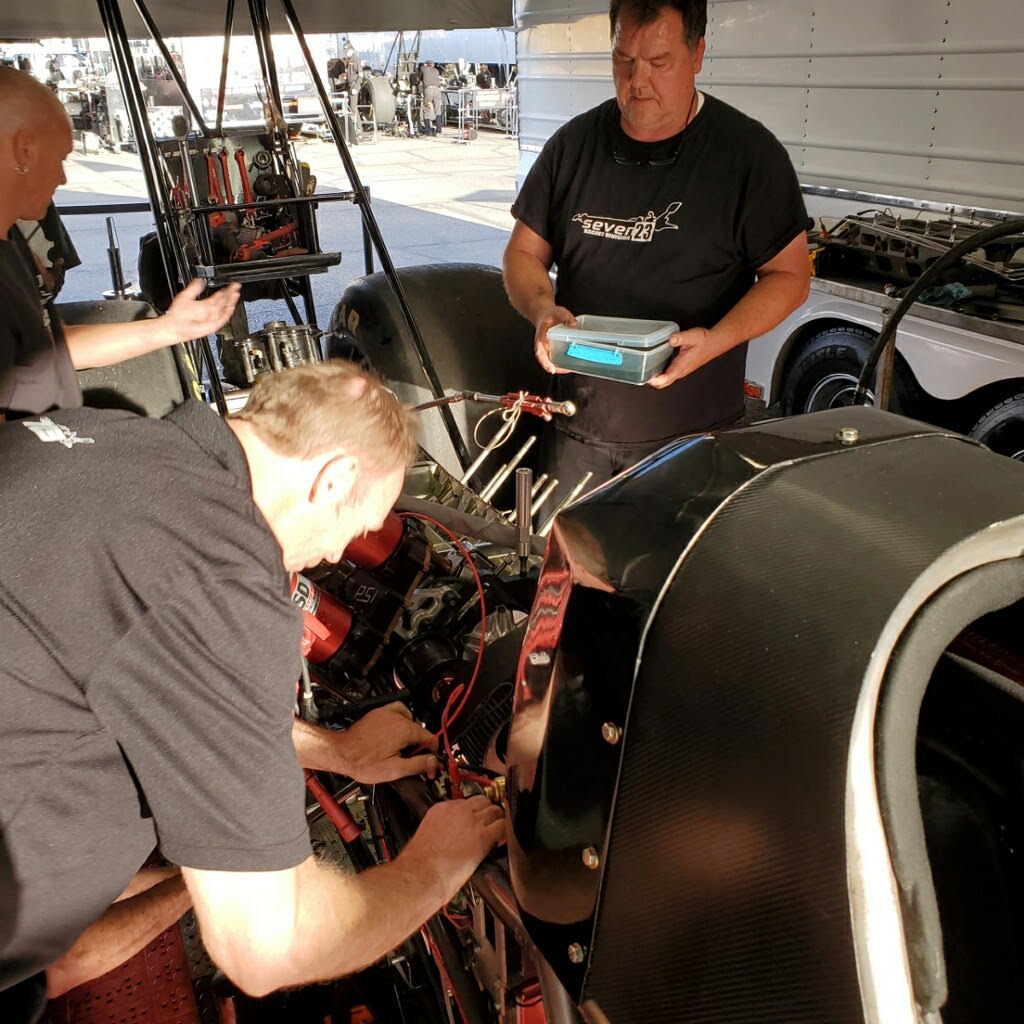 Rob Passey makes a good living with a landscape and excavation company he owns, and he also is one of the largest snow removal contractors in Salt Lake City, Utah.

However, it isn’t enough for him to forget about his addiction to drag racing.

Passey made his NHRA debut at the 2001 Winternationals and he has had his Top Fuel license since 1994. He has been competing on a limited schedule in NHRA’s Top Fuel ranks and he was once again competing at the Dodge//SRT Mile-High NHRA Nationals Presented By Pennzoil, July 16-18.

This was team/owner driver Passey’s second race of the season as he also competed in the Four-Wide Nationals at The Strip at Las Vegas Motor Speedway, April 16-18.

Passey is part owner of the Top Fuel operation he campaigns with another person in his business. Eric Mattinson is the car owner and he and Massey are partners in the seven23 racing enterprise.

Passey qualified No. 13 in the 13-car field with a 5.847-second elapsed time. He then fell in the first round to reigning three-time world champion Steve Torrence.

“We added Johnny West onboard in the winter, and we have a new stuff on the car,” Passey said. “We were kind of using the (Mile-High Nationals) as a test. We did what he wanted us to do. We have a lot of new stuff on the car, and we were kind of taking it easy. He wants to make sure everything is working, and we are not being stupid putting it together. We are finding a few little gremlins and some issues, but things have been working all right.”

West has been around drag racing since the 1970s, driving Funny Cars. He drove for respected owners, including Roland Leong and fellow Arizonian Johnny Loper and reached three final rounds.

West has plenty of experience in the drag racing. 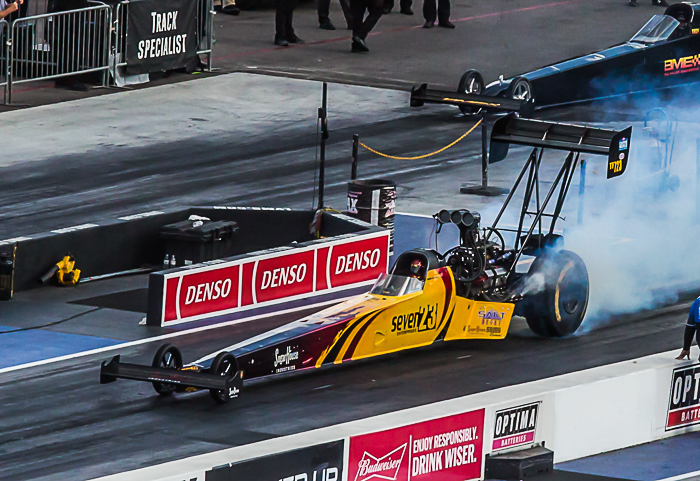 Passey is planning to run next at the Lucas Oil NHRA Winternationals Presented By ProtectTheHarvest.com in Pomona, Calif., July 30-Aug.1.

Passey had an honest response when asked what keeps him competing in the Top Fuel ranks.

“Too dumb to quit,” Passey said. “We have been this for a long time and it is not for a lack of trying. After I ran with Totten, this car was parked for a while and I wasn’t through yet and I got together with my (business) partner Eric Mattinson and we still had our stuff, but I was like we have to step up. I talked to some people and went back to Indy and picked up a couple of motors and new heads and a bunch of stuff.

“The crutch we have is we are still running a little outdated clutch,” Passey said. “I also don’t the latest and greatest supercharger, but for what we are trying to do, I want to get the car to go low 3.90s at 305 and 310 and not have to feed it parts all the time. This has been fun. We have an all-new crew and under the tutelage of Johnny West we are getting better. We are excited.

“I need to accomplish a few things. I know we have struggled forever, not being smart and we want to try and do this thing a little bit differently, have the right parts and have the right parts. I’m trying to work on funding to improve my program and attend more races.”