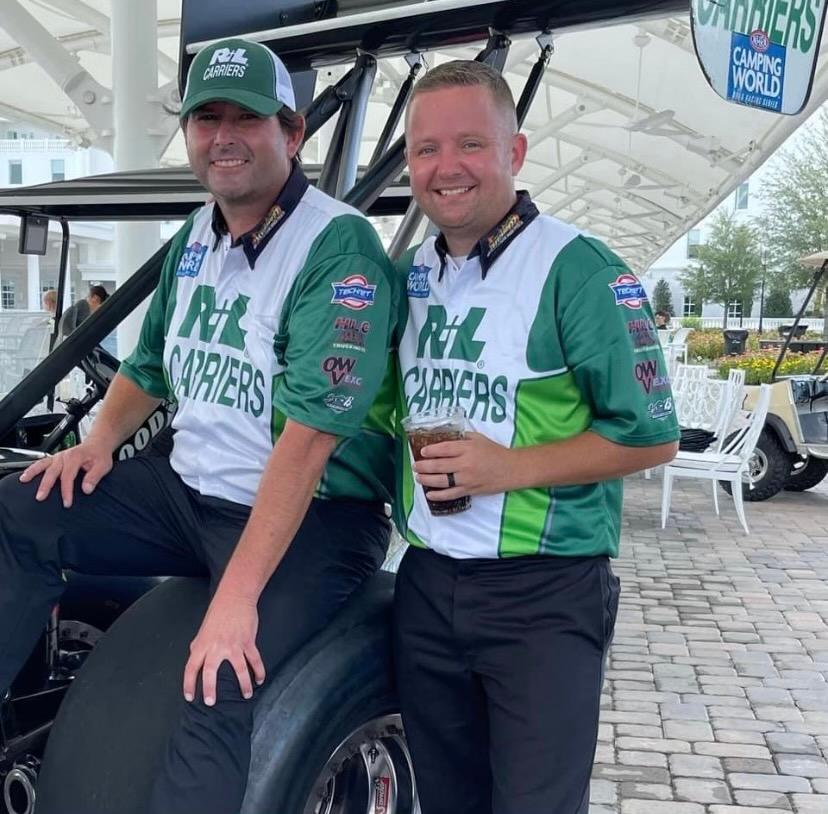 Josh Hart, owner of Josh Hart Racing, today announced crew chief Ron Douglas will be elevated to partner in the Ocala-based NHRA professional team. Hart, a two-time Top Fuel national event winner and front-runner for 2021 Rookie of the Year, made the announcement prior to the Las Vegas Nationals. Douglas will continue to operate as the crew chief for Hart and the TechNet R+ L Carriers Top Fuel dragster into the 2022 NHRA Camping World Drag Racing Series and beyond.

“Ron has proven himself to be a great crew chief and more importantly to be a great man of character,” said Hart. “We share the same demeanor and work ethic. I am a loyal person and so is Ron. We want to build this race team for a long, successful future. I can’t think of a better person to build it with than a guy that has been there from the start.”

During his tenure with Josh Hart Racing Douglas has guided the team to a round win record of 17-9 with two wins, including the first Top Fuel race the pair worked together, the historic NHRA Gatornationals. They have also combined for four additional semifinal finishes in just eleven races this season. Hart is considered one the favorites for 2021 NHRA Rookie of the Year, an honor Douglas had a hand in helping NHRA superstar Ashley Force Hood earn in 2007 as her crew chief.

Josh Hart’s plan for the 2021 NHRA Camping World Drag Racing Series was to run a limited schedule with modest goals. That didn’t happen. The TF rookie sent shock through the class with two wins in his rookie season. #DragRacingNews - https://t.co/mfl6VRfwdn pic.twitter.com/pWi0bZUXx2