SMITH AND JOHNSON RIVALRY TURNING INTO AN HONEST-TO-GOODNESS FEUD 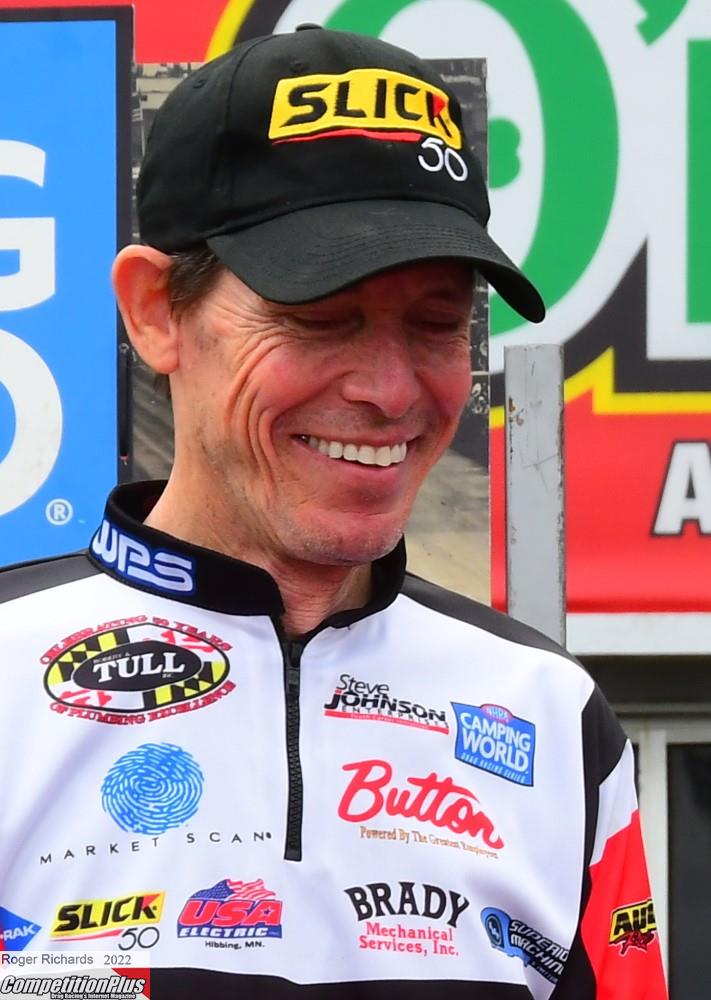 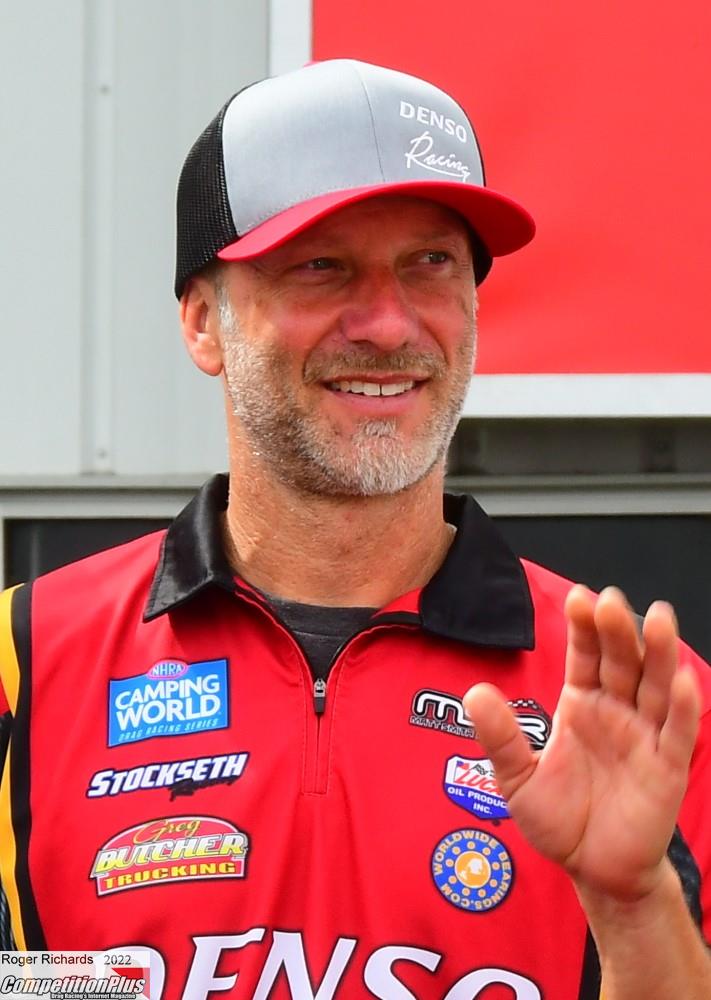 It’s a rivalry that would make Foghorn Leghorn and The Dog look like amateur hour. Only in this case, there’s the reality that five-time Pro Stock Motorcycle champion Matt Smith and arch-rival Steve Johnson enjoy not liking each other.

Their tempest in a teapot came to a boil last weekend at the NHRA SpringNationals in Houston when Matt Smith pulled off a legal maneuver in switching bikes before his final-round duel against Johnson. Johnson beat Smith, and almost immediately, the barking and quacking commenced.

Johnson won the event, and in a prime example of the winner enjoying the spoils, he uncorked an interview in which he poked fun at Smith.

“I finish my interview, and as I get ready to turn around, I said, ‘Man, he can buy whatever bike or build whatever bike he wants. We’re ready for him.’ And I turn around, and he’s staring, and he’s listening. He’s got his bike in the interview, which is what he wants. But he’s sitting there listening to my interview, and I’m like... I just dogged him out. But I really didn’t. And I look at him, and I’m like, ‘What did you expect me to say?’ “

Smith’s Facebook page, which he shares with teammate/wife Angie Smith, explained the team’s actions and added at the end of the post, “Ps Steve Johnson Racing Nice comment about Matt Smith at the end of your interview... #GAMEON.”

Then Johnson took to Joe Castello’s WFO radio podcast and made comments about Matt Smith, which drew the champion’s ire.

Johnson, Smith said, “bashed me. He bashed my wife. He bashed Angelle Sampey. I thought a 30-some-year-old veteran would do a much better job of representing our class, and that’s probably why he’s never won a championship, the way he’s acted. So maybe that’s why he can’t keep a sponsor. So we’ll see what happens.”

Smith said he’s all for a good rivalry but contends Johnson takes it too far. Yet in 2019, Smith made a comment about the difference he sees in professional and “hobby” racers.

“I like having rivalries with people, but in my opinion, you don’t disrespect other people that’s out here trying to do this,” Smith said. “The whole hobbyist thing come up three, four years ago when we did that. It was no disrespect for anybody out here. It was just a simple fact of you have professional races, and you have people that come out here and they hobby race. And that’s all I put was hobby race. That means that they have a normal job somewhere else; this is not their full-time job.

Smith believes Johnson took a molehill and make a mountain of his comment. 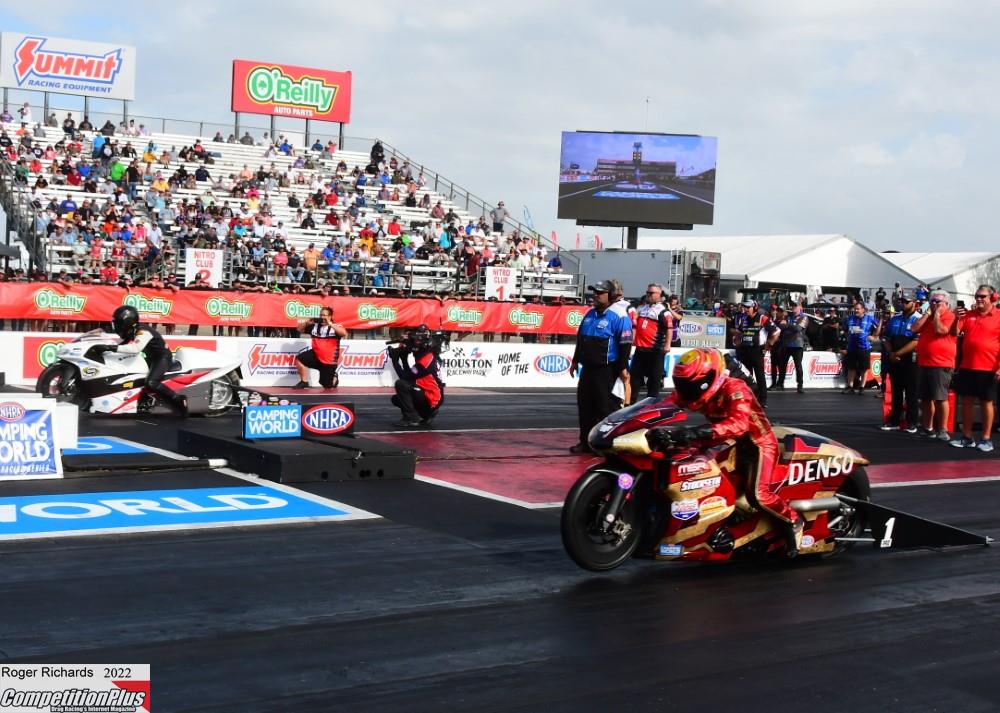 But it doesn’t take much to get Johnson sideways on the subject.

“I think in any motorsport, there’s a rivalry of the haves and have-nots,” Johnson explained. “Matt has five championships. I’ve been racing a long time. If I count the one coming up and the next one, that will be twice that I’ve won championships -- which is none, in case you’re watching or following along.

“I’ve been racing forever. So he’s got five. At the end of the day, he’s done a hell of a job, so yeah, but there is a rivalry because he’s kind of ... no, he’s not kind of, he’s a knucklehead. It drives me crazy. People come out here and work their butt off just to be here and to go down the track much less qualify, much less win a round, much less win the race and have a trophy.”

Johnson said the rules of rivalry shouldn’t have to be stated and should be understood.

“If you need to stir up the pot a little bit, I think that’s good,” Johnson said. “Don’t dog out somebody’s mom, but stir the pot a little bit. But you can’t call up a whole bunch of people’ hobbyists’ when they’ve got everything. They work their butt off at work, and then they spend every single minute of their time working on their motorcycle and their racing program. And then some jackwagon calls them a hobbyist. So it’s like, ‘Hey man, love your opinion, but keep it yourself.’

Smith took the time to clarify his comments so Johnson could understand.

“I am a professional racer because this is how I make my living, and he took that to a whole ‘nother level, spun it out,” Smith said. “He does stuff to catch attention, and that’s kind of the only way he gets attention. And until this last year, he hasn’t run good enough to get attention for himself, so that’s how he’s done it. Now, if he’ll just keep his mouth shut and let the bike do the performance on track, he’s getting attention because he’s running good, and I’m proud of him that he’s running good.”

And in Johnson’s words, it was Oakley founder Jim Jannard who drove a point home to him.

“We cannot be vanilla,” Johnson said. “The guy that started Oakley in the back of the trunk of his car, he says, ‘Your sport’s too vanilla.’ “