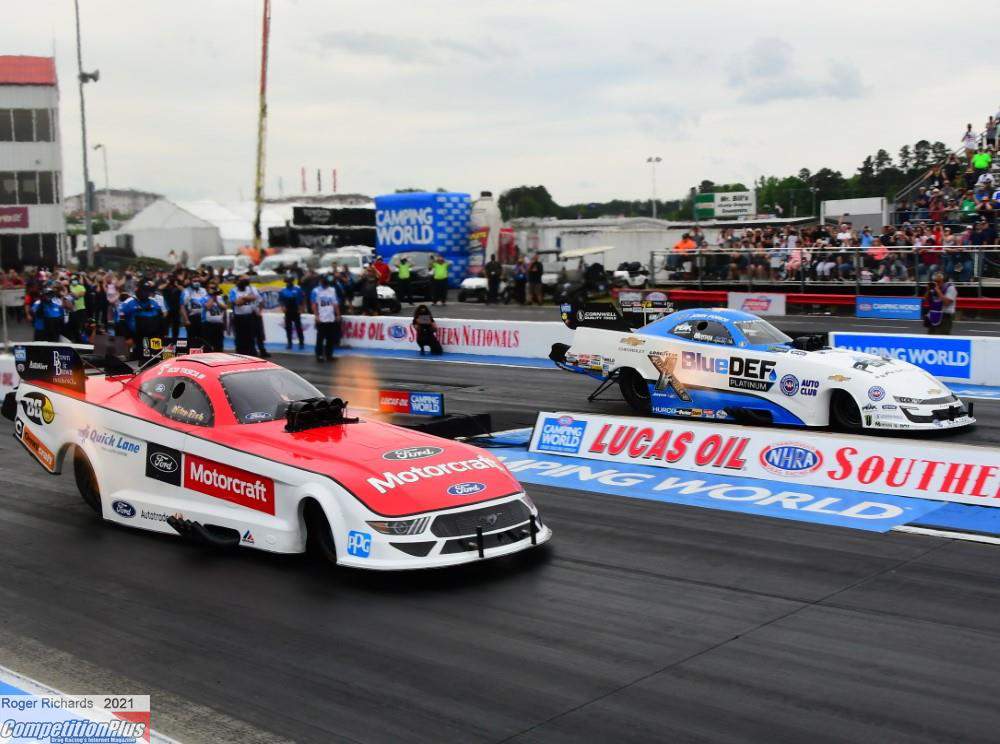 Bob Tasca III wouldn't have wanted it any other way.

The final race at the storied Atlanta Dragway, a final-round win match against John Force, and a chance to go back-to-back for the second time since 2019. 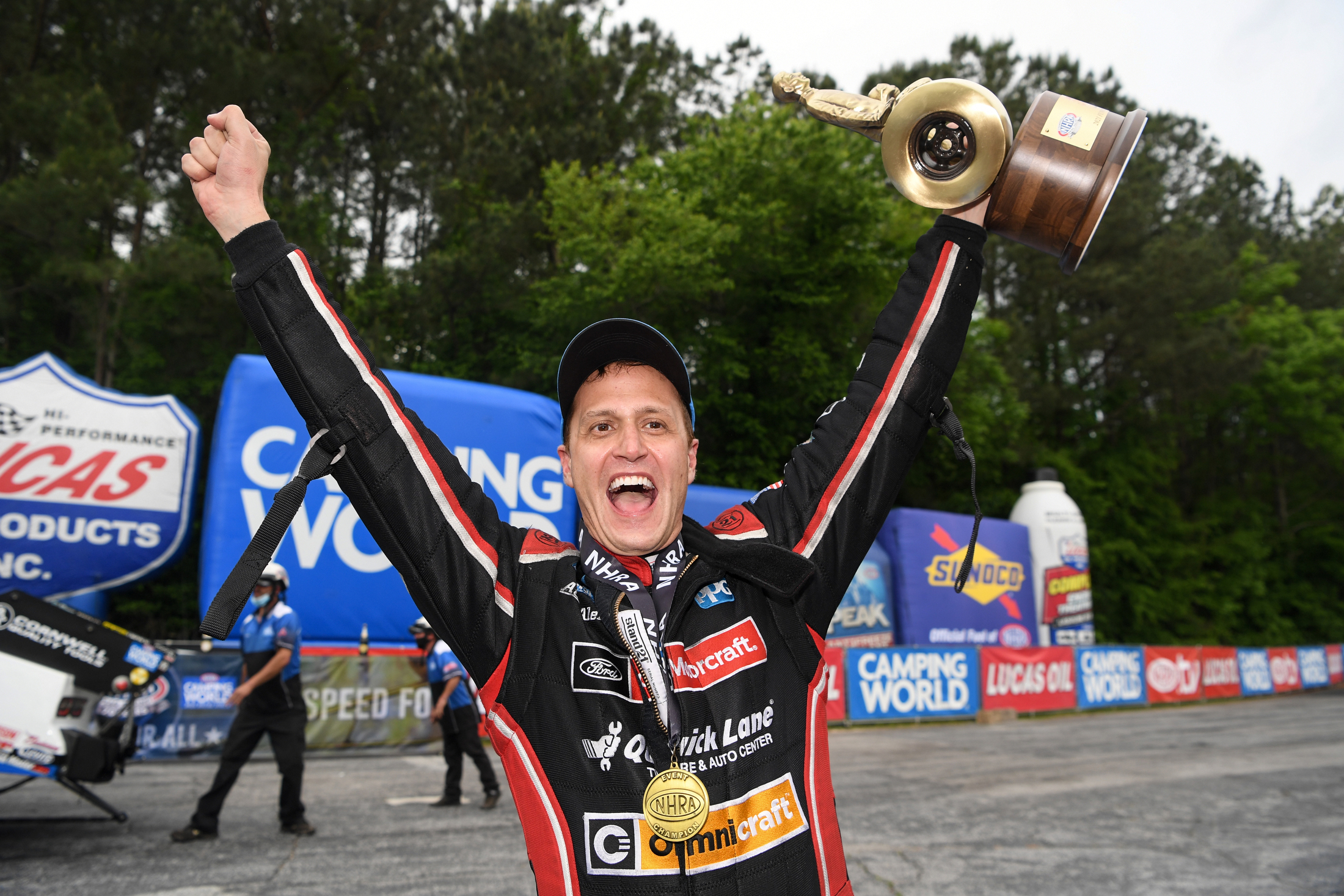 "There's nobody else you want to race than John Force," Tasca said. "Nobody else. I mean he is the gold standard. They'll never be anyone even close to what he's achieved out here, and it's just a privilege to be able to pull up alongside a living legend. To be able to beat him in the finals, I mean, big part of why I'm here is John Force. So I know he wanted to win, but if you had to lose to anyone, I'm sure I'm probably one of his top picks."

Force left on Tasca, only to have the Ford Mustang driver come around him at the finish line. He stopped the timers with a 4.004 elapsed time at 326.44 miles per hour, surpassing Force's 4.015, 321.81. In winning, Tasca held Force to seven Atlanta Dragway wins leaving him as the second most successful racer here.

On the road to the winner's circle, Tasca beat Paul Lee, Blake Alexander, and Matt Hagan.

"You know we had momentum, but what a different race than Vegas," Tasca explained. "I mean, this thing was hard-fought from the beginning. The track difference coming from Vegas to here. There are just so many adjustments that have to take place. To see Mike Neff and John Schaffer and these guys make the right calls every single round. As a driver, you want to be put in a position to win. That's all you can ask for. And these guys have done that unbelievably this year and go back-to-back.

"We had a great car, you got a great team, but you know something? So you got a long season, and we look at it at one round at a time, and that's how this team thinks. We're confident but not cocky because any one of those rounds we could have lost by a fraction of a second. So we're going to celebrate a little bit tonight, and we'll get ready for Charlotte."

Just to think it was three years ago when Tasca convinced Ford to return to drag racing with the promise of delivering wins.

"It's taken me a long time to get here in my career," Tasca said. "A lot of hard years, lot of hard years. It's almost emotional for me a little bit because it all comes down to people. You've got to surround yourself with the right people. I've had a lot of great people over the years, but with Mike Neff coming on board with John Schaffer, for whatever reason, it just kind of changed the whole attitude of the program."

And for Tasca, he'd have it no other way.