THE BRUTE IS BACK FOR FORCE IN VEGAS 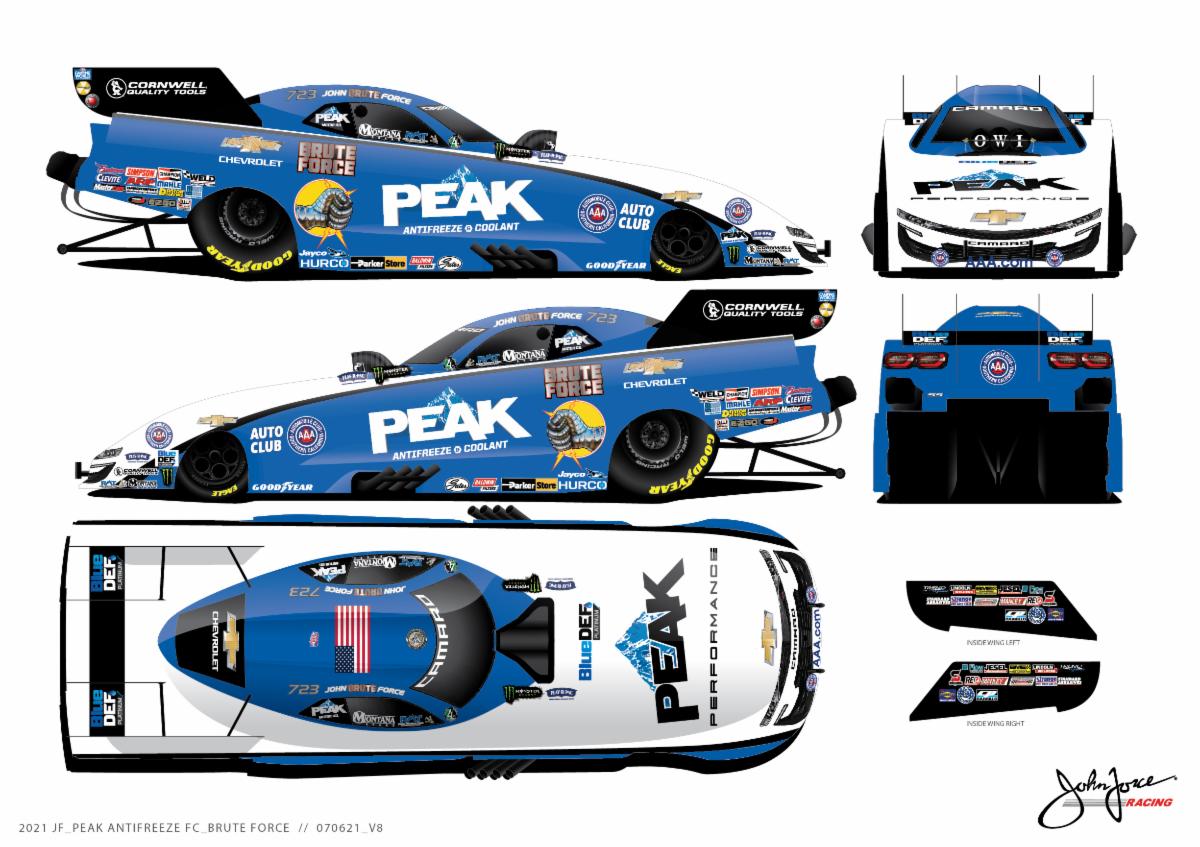 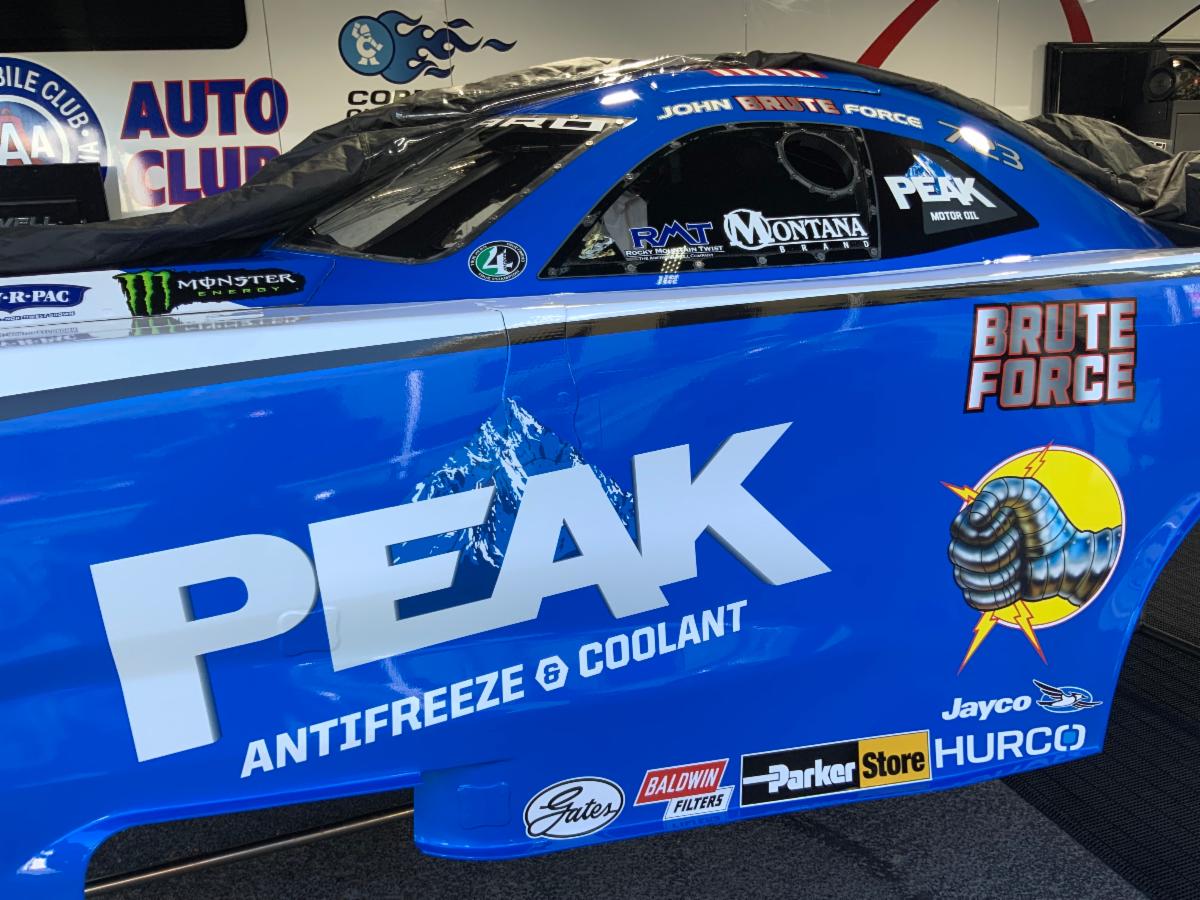 One of the iconic logos in drag-racing history is back on the racetrack this weekend. John Force has that famous fist on the side of his PEAK Chevrolet Camaro Funny Car. It will be on the car also at the Finals at Pomona in two weeks – accompanied with another PEAK promotion, the PEAK Squad hood that showcases 100 names from fans who entered across PEAK’s social-media platforms.

“It’s where I came from,” Force said. “I’ve always had a dream that someday I’d bring back the history of my cars. I have them all in my museum. This is just a small throwback to something that is really important to me: my history. And I’m happy PEAK and Old World Industries wanted to be involved. I think maybe there will be more to come down the road.”

Brian Bohlander, Old World Industries director of marketing, said, “This event in Las Vegas has a reputation for special driver and crew themes. John’s fans and our customers have been asking for ‘Brute Force,’ so we’re giving them what they want. This weekend is the perfect time to do it.”

Force first drove a “Brute Force”-branded car, a Chevy Vega, in Australia from 1975-76 and came back to the United States to campaign on the match-race circuit. In October 1978, Force qualified for his first NHRA national event in a “Brute Force” Chevy Vega at the Winston World Finals at Ontario Motor Speedway.

“I got a good hot rod. I just got to get myself together,” Force said of this year’s run at a 17th championship. “But bottom line, I've been here before, and I've won championships – won 16 of them. But the competition's really tough. Right now, they’re all jammed up together. I'm like three rounds back or something like that. [Fore the record, he entered the weekend tied with Cruz Pedregon for fourth place, 101 points off Ron Capps’ lead.]

“But it doesn't matter. Got ‘Brute Force.’ Kind of motivates me. And some of the fans remember where I came from, and I hope someday to do a final tour of all my cars before I walk away from this sport. But I'll never walk away, because sooner or later, I'll be here with my kids, or I'll be here with my grandkids. So let's see where it goes,” he said.

Overnight, Force has the tentative No. 2 position in the Funny Car order.