THE POWER OF NOW: WHY QUAIN STOTT RETURNED TO DRIVING 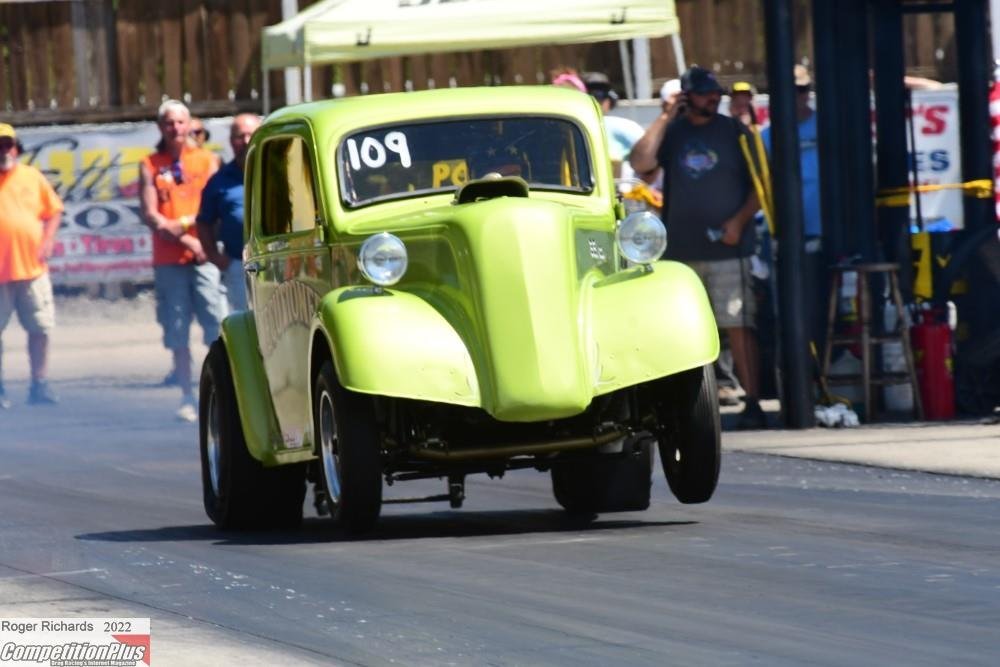 RELATED STORY: QUAIN STOTT OPENS UP ABOUT HIS YEAR OF HEARTBREAK 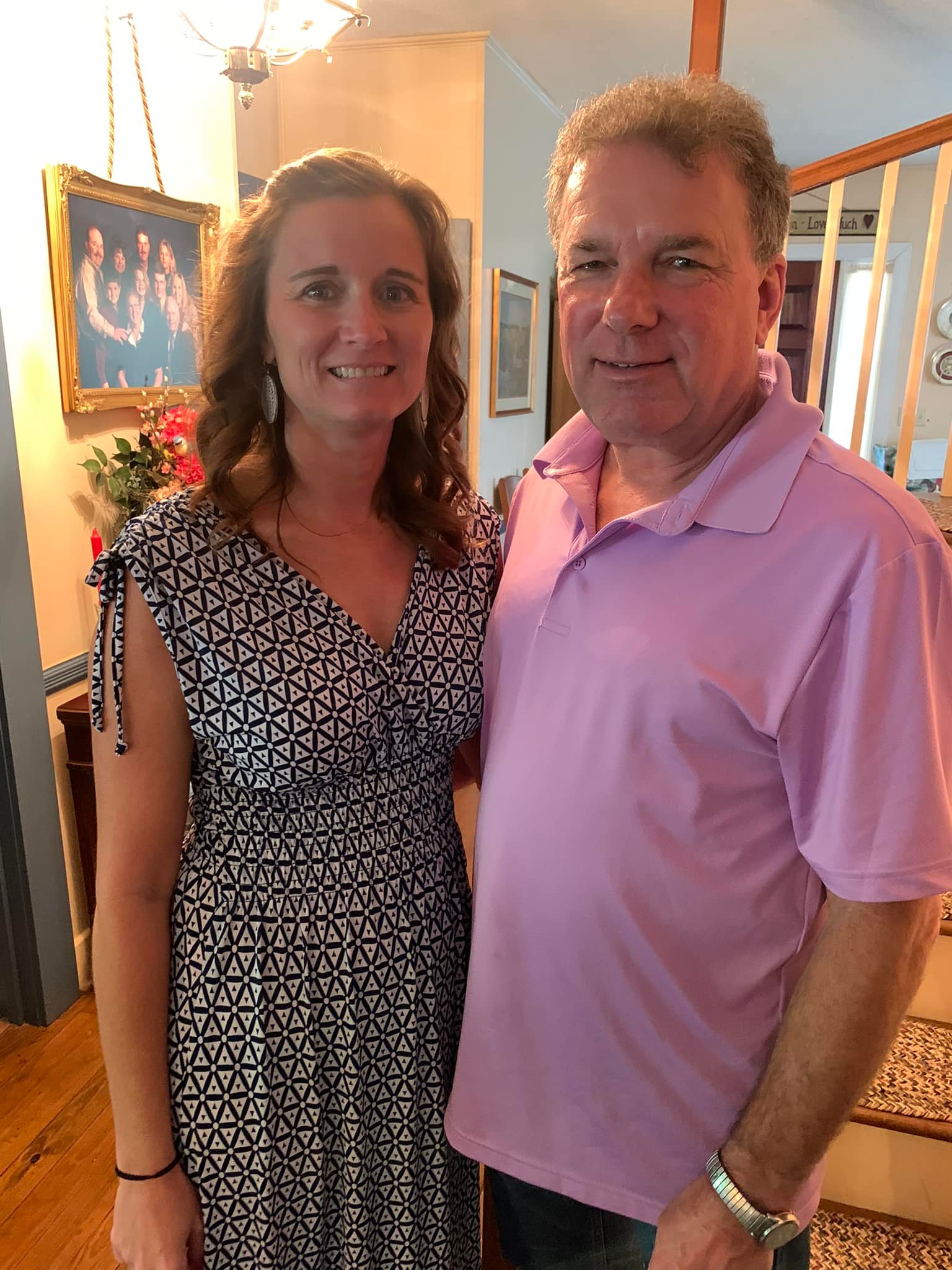 Quain Stott says there's no power, like the power of now.

Stott, the past world championship Pro Modified driver who is now the Pied Piper of the period-correct Gasser movement, said it was a book titled The Power of Now that made him 100 percent confident that the cockpit of a race car is his happy place.

Stott recently returned to driving a period-correct Gasser at the South East gassers Association event at Kil Kare Dragway in Xenia, Ohio. There he realized the words of the book never had a truer meaning.

"It said that racing was one of the times that you could have the power of now because your mind cannot be anywhere else," Stott said. "It has to be on what you're doing right now. And it really does do something to you when you get in that car, especially one of these ill-handling deals where you've got to really be on your toes."

Stott had been out of the cockpit since late 2018 when he sold his iconic 1941 Willy, a prototype entry for the strictest period correct series of Gasser racing.

It was just as well, considering Stott has recently endured some unthinkable heartbreak and tragedy, including the death of his girlfriend and soulmate Cynthia Phillips, and had a near-death bout with Covid-19.

Even though Stott has had a support system many in his position could only hope for, getting back in a race car was one big step towards returning to his happy place. Stott was probably as close to being his happiest when he was behind the wheel.

"With all the heartache I've had in my life in the last couple of years, I think I'm just trying to get my life back on track," Stott admitted. "I needed something to help me get my mind off of the past that's happened. Working on the car and spending time on it has been good [therapy], but I'm not wanting to say that's the only reason I started back racing, but when I started back fooling with the car, I realized it helped me a lot."

New girlfriend Heather Peek has been part of the healing process as both a friend and an encouraging part of his reengagement.

"I didn't build a car to win; I just built it to have fun," Stott explained. "I raced for 19 years. I never missed a national event at whatever sanctioned body I was racing. So, racing turned into a job, and then we started the Southeast Gassers, now that's turned into a major, major job, full time, more than full time."

When Stott was outside of the car, little did he realize he was building a future where he could make racing in his own series a more enjoyable experience. He built a team where he could entrust them to share the same vision of throwback racing he had. 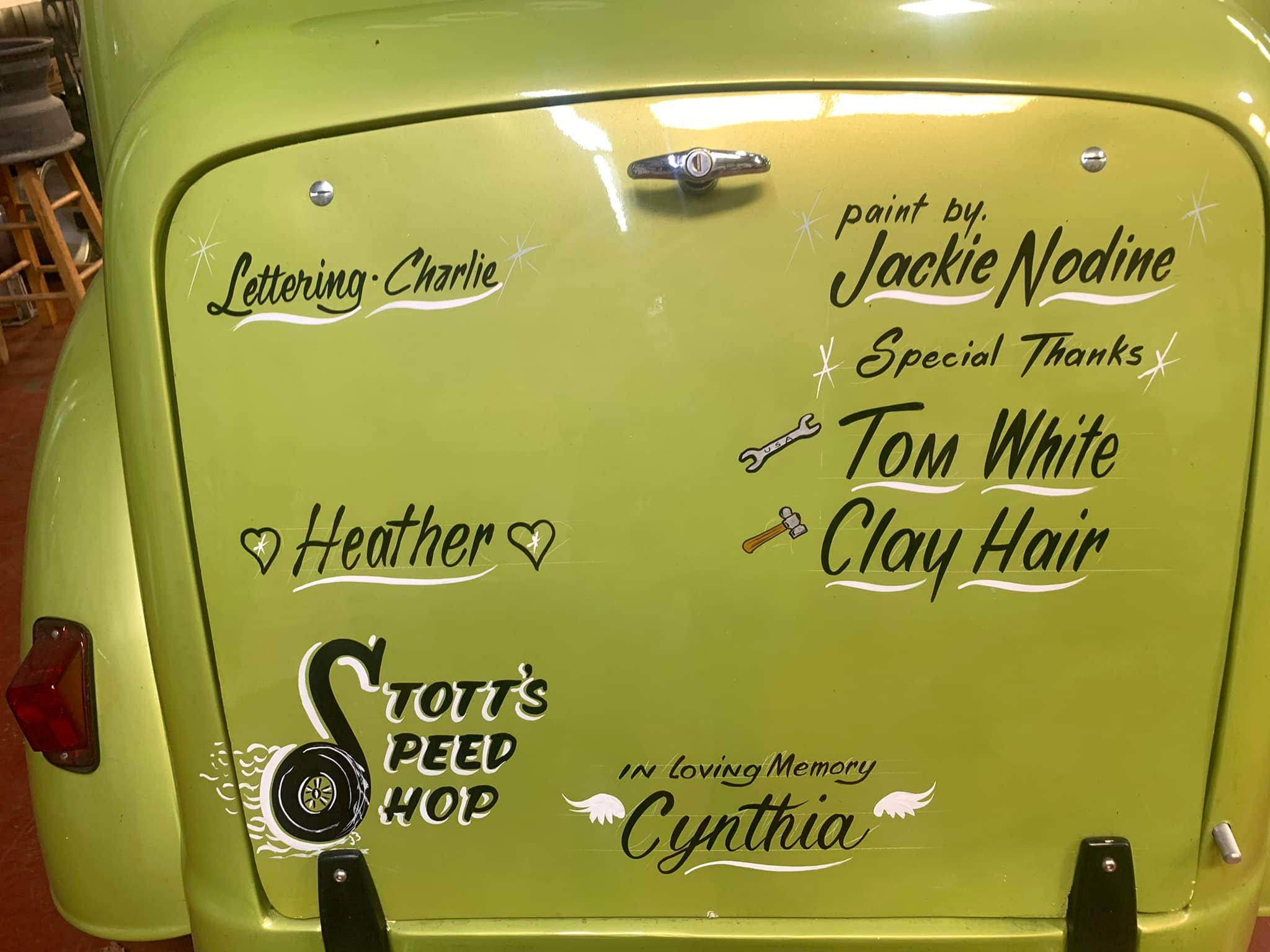 "So don't expect me to be out there trying to win. I'm just out there having a good time and putting on a good show for the fans. I'm probably going to do a lot of match racing with it to help promote the Southeast Gassers.

Make no mistake, even when racing was his occupation, an element of fun kept him returning for more.

"Even when I was doing it for a living, and it was a job, once the engine started up in the car, I was in another world, and that's what it does for me now," Stott admitted.

If Stott was looking for a challenge in his return, he found it in a 1948 Anglia he built from the ground up.

"They were known to be horribly ill-handling cars back in the day," Stott said. "That has not changed; they're still the same now. And if I was going to race again, I wanted something that was a challenge, so we decided to do a short-wheelbase car.

"Plus, the Southeast Gassers needed an Anglia. We're trying to make the Southeast Gassers look like they would have looked in the '60s. So, Willys and Anglias and that sort of thing was the hot tip, and so I wanted to get more of that style of car out there, so I'm going to set an example to everybody. But nobody would build an Anglia because they are afraid they couldn't drive it.

"Well, I done proved that wrong already because we went right down the racetrack with it. I've made 15 passes now, all very respectable. And the only time we've aborted any of those runs would have been for ignition problems. It wasn't from handling problems or driver error, I'll say. The car is just doing really well. I'm sure there's going to be some times like that because that's the characteristics of these cars." 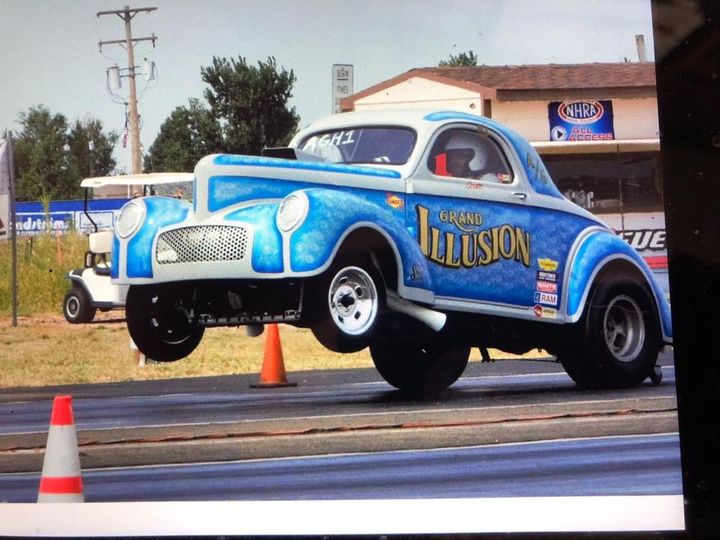 So if racing was so much fun, why did he sell his Willys in the first place?

"It was really hard," Stott said. "I didn't mean to sell it. I put a price on it that I thought nobody would give, but a guy called me and asked me to buy it, a guy from Colorado, a super guy, because the thing went to the perfect home. But he called me and asked me, was it for sale, and I said, 'No."

Admittedly, the politics of racing while running a series played into the decision, something Stott regrets to admit.

"I didn't have time to race," Stott explained. "I needed to be more hands-on with the Gassers. And when I did win, I got accused... I was the one making the rules, and I owned the organization, and you know how that goes. The last place people look when they lose a race is in the mirror.

"It's always somebody else's fault or somebody's cheating. So, I was not getting any credit for winning anyway, so that was another reason I decided to sell it. And I'm sure if I win with this one, I won't get any credit, and that's why I don't care to win. I just want to go have fun."