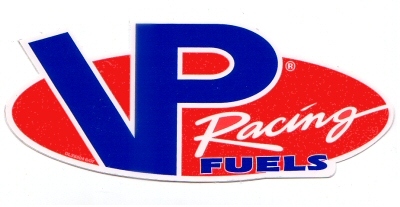 The Professional Drag Racers Association (PDRA) will stage its final event of the season this weekend at Virginia Motorsports Park and among the awards at stake is $5700 in fuel credits posted by VP Racing Fuels, the Official Fuel of PDRA.  The awards include $1000 to the champion in each of the Pro automotive classes, $500 to Pro Extreme Motorcycle, Top Sportsman and Top Dragster champions and $100 each to the Junior Dragster and Top Junior Dragster champion.

In addition to gift certificates in these amounts to be awarded at the end-of-year banquet, each class champion also will receive a VP Racing Fuels Championship jacket, according to Mark Ticen, VP’s Director of Race Fuel Sales.  “It gives us great pleasure to provide these awards in recognition of the hard work and dedication required to achieve these championships,” Ticen said.

“We are very grateful to VP Racing Fuels for the support they’ve shown the PDRA and our racers over our three-year partnership,” stated PDRA Director of Marketing, Will Smith. “The fuel credits VP is providing to our champions is just one of the many reasons the company is the number one choice among many of our racers. We’ve already been collaborating on ideas for 2017, and I’m very excited about the future.”

“PDRA provides some of the most exciting and entertaining drag racing in the country,” Ticen added.  “These classes are extremely important to the future of the sport of drag racing and VP has supported the series from day one to help ensure it remains viable.”

“VP offers the best performing fuels on the market while still providing the best protection for these high-dollar, high-performance drag racing engines that push it to the ragged edge,” Ticen continued.  “We encourage racers to use the convenient Fuel Pre-Order process we’ve set up with the series to have the fuel they need delivered straight to the track.  Racers can also take advantage of our full-time professional Tech Support staff for advice on fuel selection and tuning.  They’re readily available by phone or email as well as at the track or dyno when needed.”

Tech questions regarding VP fuels can be directed to VP Tech Support at 812-878-2025 or [email protected]  Fuel Pre-Order forms can be found online at www.PDRA660.com.