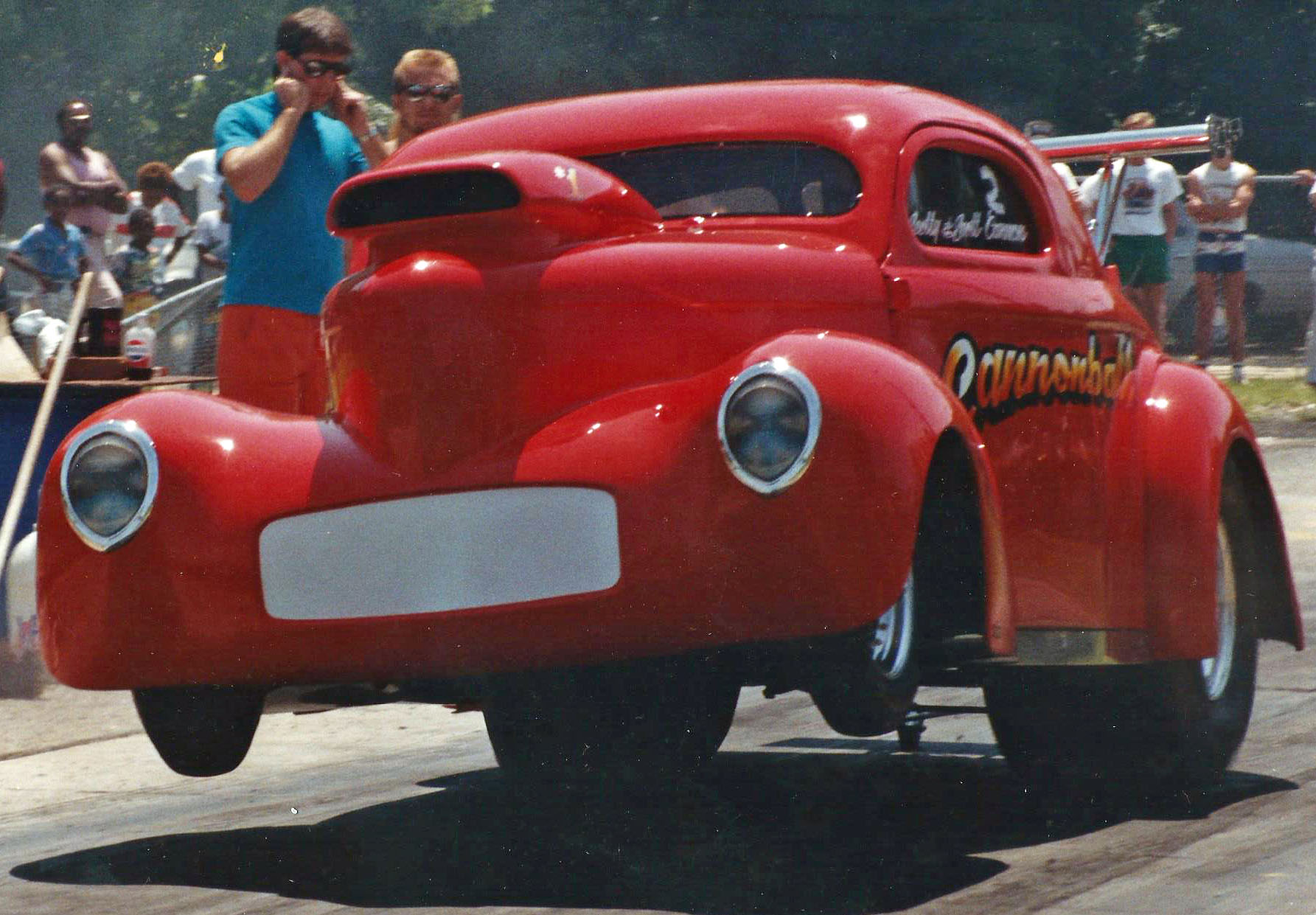 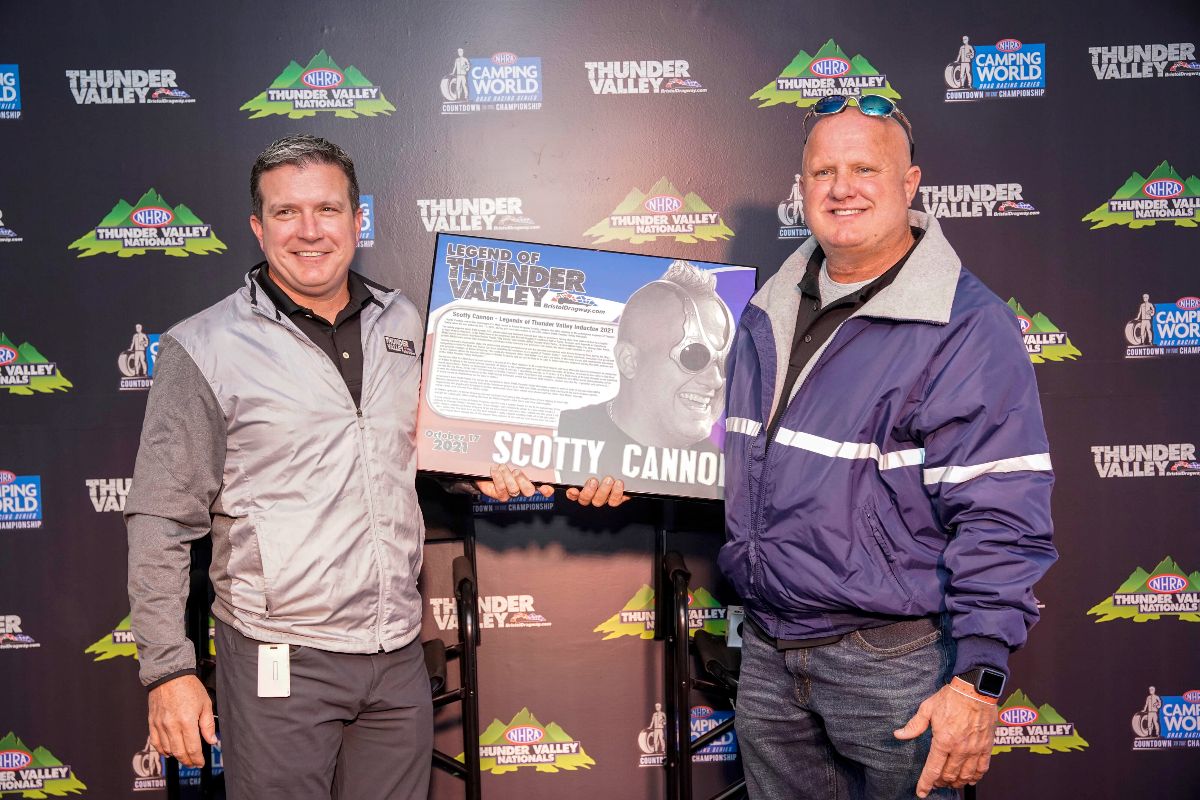 Scotty Cannon was on the verge of landing a 30-pound fish and was in a much bigger struggle than he ever experienced with any of his 1990s Pro Modified adversaries. Then the phone rang.

Cannon, who was reeling and pulling, and rasslin' with something underneath his family's iconic lake, looked down at his phone, and it was drag racing legend Don Garlits. He was somewhat torn with what to do. Answer the phone or finish the fight?

Then he hit the wrong button and accidentally declined the call from Big Daddy. Immediately, he returned to what seemed like a battle with a Great White shark off the coast of Amity Island.

For Cannon, a fight is a fight - whether it's on the track, off the track, or a 30-pound carp. Since he was a kid, Cannon learned fights are to be won. With a forceful pull, Cannon pulled the monster above the water.

Then it dawned on him, "I just freaking hung up on Don Garlits!"

Garlits had left a message requesting a callback.

Cannon, who had viciously wrangled with the fish, sheepishly returned the call as if a schoolboy going to the principal's office.

When Garlits answered, Cannon explained, "I was fishing. I'm sorry, I accidentally hung up on you."

Garlits responded, "No, no, it's good. I can call you tomorrow. No big deal. Keep fishing." 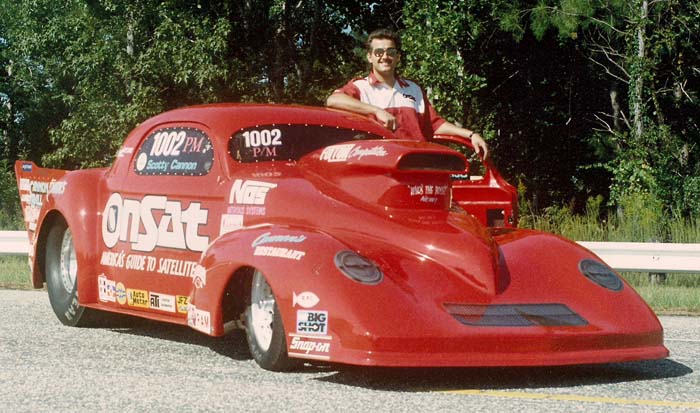 Cannon reminded Garlits, "You're the man. Ain't nobody above you."

Garlits then delivered news to the six-time Pro Modified champion he never expected to hear.

Garlits informed Cannon that he would be the first-ever Pro Modified driver to be inducted into the International Drag Racing Hall of Fame.

"When you first start racing, you always wonder about what it'd be like to be there at that board when you win the first race with your car, getting pictures taken," Cannon said. "Then, all of a sudden, that happens. Then the next thing is, you want to win another race. Next thing you know, man, I might could win a championship. Then you start picturing yourself, 'God, I'd love to be on that stage like such-and-such was last year."

"Next thing you know, that's happening. But I never, never, ever dreamed that I'd be in the Hall of Fame or ever have an honor as big as this, or like I got at Bristol [Legends of Thunder Valley]. It just doesn't cross your mind because I think if that crosses your mind, I don't think you'd ever make it because your head would already be too big." 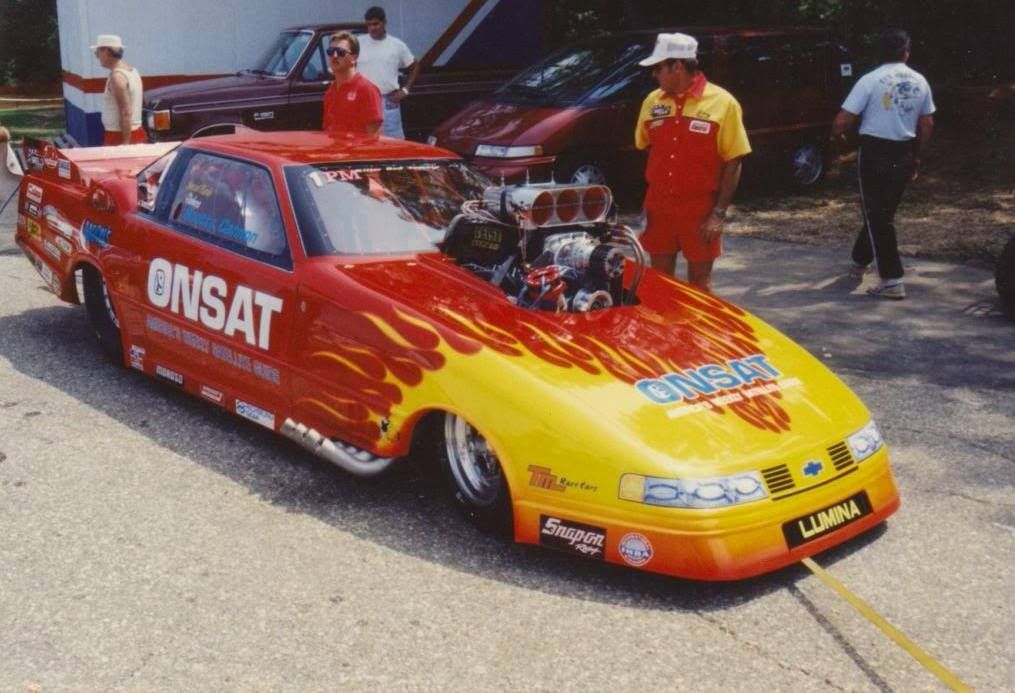 With the resume Cannon brought forth in racing IHRA Pro Modified from 1990 until 1998 when he was selected to drive a fuel Funny Car sponsored by Oakley, it was difficult for him not to notice he was good at his craft. He won 28 of 45 national event titles and secured the championship in six of the first nine seasons of Pro Modified when the class still used a clutch, and driver automation was the bare minimum.

Just because he swears he has no regrets, even leaving the domination of Pro Modified for the unknowns of NHRA Funny Car, didn't mean that heartbreak didn't make its way into the equation.

The most significant heartbreak, Cannon admits, was in losing the championship in 1995 to a longtime friend and once upon a time rival, Tommy Mauney. He had won four straight titles up until this point.

"That one hurt," Cannon said. "We're sitting in the staging lanes and I went to crank my car in the clutch bolt backed out and one of the fingers got hung up in the bearings. I couldn't crank the car. He won that race."

The lack of success in NHRA Funny Car wasn't as bad at the time as it was in the years afterward.

"I can't ever say I regret giving up what I had in Pro Modified to go Funny Car racing because it was my dream to be there," Cannon said. "I was much better at Pro Modified than Funny Car, but that speaks for itself.
It disappointed me, and I didn't live up to all my expectations for all those people and win races like I did in Pro Mod. But when you look back on it, everybody kind of gives you a Mulligan on that one, and they appreciate what I did do, and I appreciate them doing it."

With this said, Cannon admitted he might have surrendered at least one, maybe two of his Pro Modified wins for one Funny Car. He would have had a few to spare because even after Cannon left IHRA Pro Modified and the series eventually ended its professional categories, he was still the winningest Pro Modified driver ever. 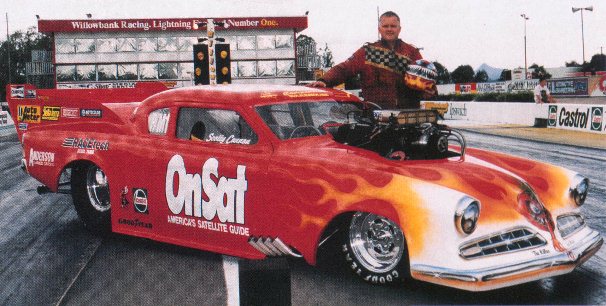 Cannon steadfastly declares that the most significant loss of walking away from drag racing was his interaction with his fans. He gained many of those by maintaining a relentless schedule of match racing, often exceeding 75 dates a season in addition to a full IHRA tour.

"You could be having a bad day, and they would come along and lift your spirits like you couldn't imagine," Cannon said. "I'd have to think we probably sold close to one million t-shirts. I don't know. I know sometimes we'd go to the races and sell every one we had. I still sign a few today." 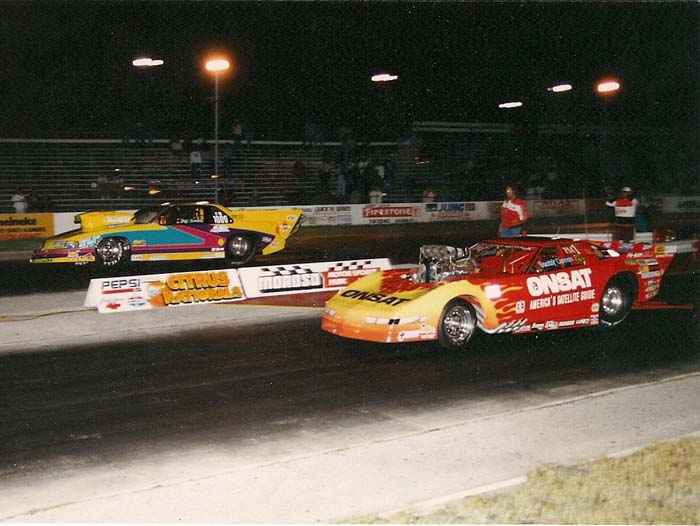 The fans might have loved him, but his fellow racers, not so much.

"You know Carl Moyer once told me, everyone out here thinks you're cheating, but I don't," Cannon said. "You race every weekend and almost every day. It's hard to beat a man who swings the bat four times a day, and you only swing it once."

Cannon admits he raced with very few gray areas, and if he drifted there, it was because he gained the permission of the sanctioning body tech department ahead of time. Cannon says some of those tricks will go to the grave with him, while others aren't so easily forgotten.,  The 1992 car branded as a Lumina is among his hit list, which was nothing more than an Oldsmobile Funny car with doors and a hood cut out. One of those other "tricks" included running a modified intercooler which gave the impression he was running nitrous oxide. The former was given a one-year shelf life, and the latter, Cannon abandoned by the end of the weekend because it destroyed every engine he had in the trailer but one. 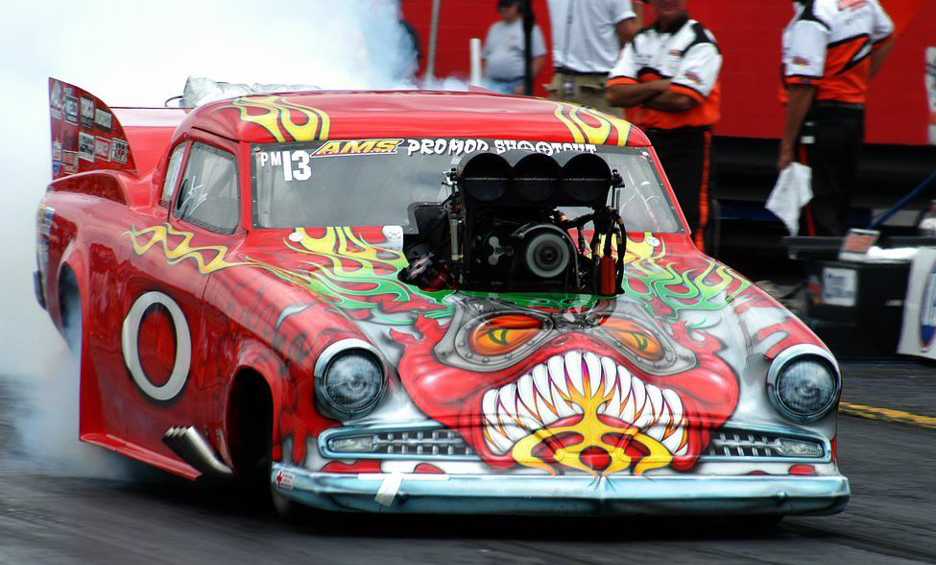 "I mostly always got permission for what I was going to do with an official or one of the officials before I'd actually try something that I thought was in a gray area," Cannon said. "I never just put something on my car, and it was a 50/50 chance if they see things differently than I. Before I tried a new blower or a new wheel, or a new tire, I always asked for permission.

"I got turned down on a few things. There were a few things I couldn't run that most people don't even know. Some of those things are free today, are good and they use them today. I just wish I could have used it then. But no, I never was on the dark side. I was always on the light side of the gray."

And just like Moyer said, Cannon was well versed in navigating nearly every backwoods drag strip from South Carolina to Mississippi to Maryland and parts in between. That's why when the quickest Pro Modified car at the 1998 IHRA event in Cordova, Ill., was a 6.6-second lap, Cannon reeled off a 6.49 and created what he described as "the awfullest fuss you ever heard." 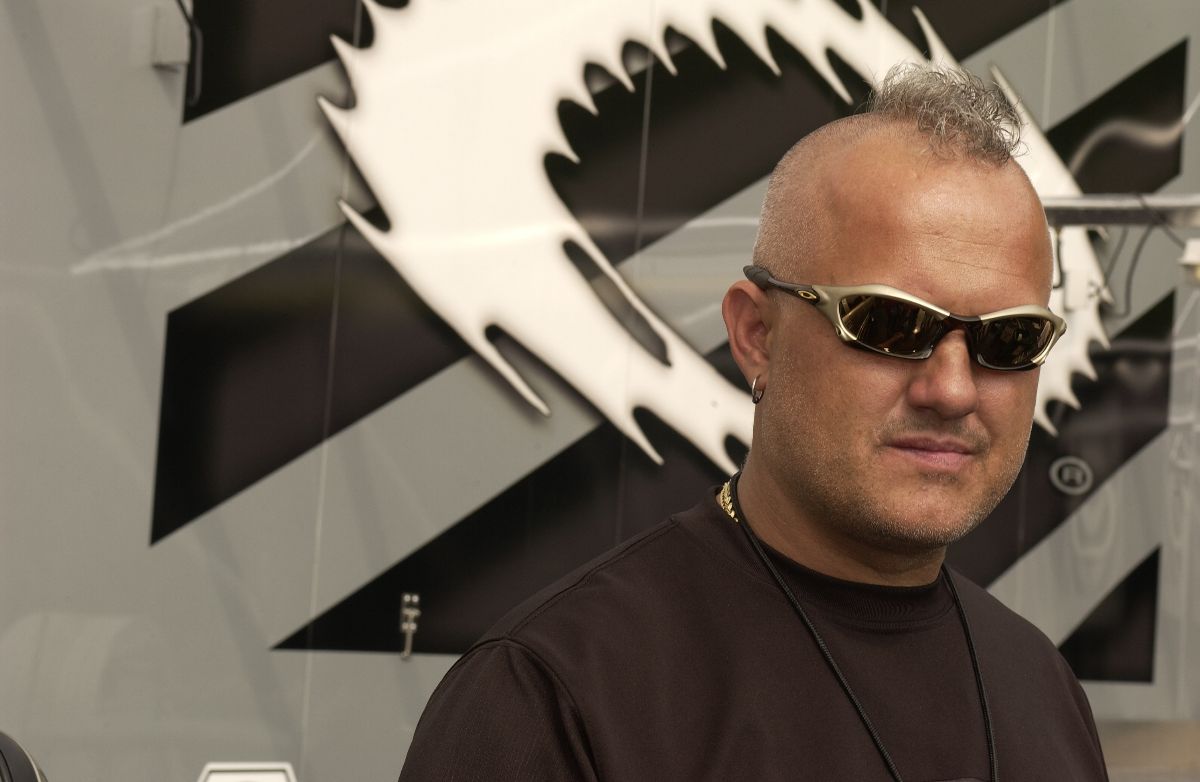 Cannon and the rest of the supercharged cars got hit with a rule change following the event. He generally responded to rule changes with even quicker runs. For instance, before the IHRA North American Nationals in Epping, NH, Cannon was hit with a combination of weight addition and overdrive reduction.

Days before the team left for the race, Cannon received a call from then IHRA President Bill Bader at nearly midnight.

"So I just happened to walk in my office, and the phone started ringing," Cannon recalled. "I picked it up, and there was Bill Bader on the other end. He apologized for calling me so late and said he was calling to leave a message.

"Then he asked me what I was doing there so late, and I told him, 'I'm working Bader, and don't have a whole lot of time to talk to you. Every time I work hard, which is all the time, you just kick me in the balls. Get off my ass and let me race." 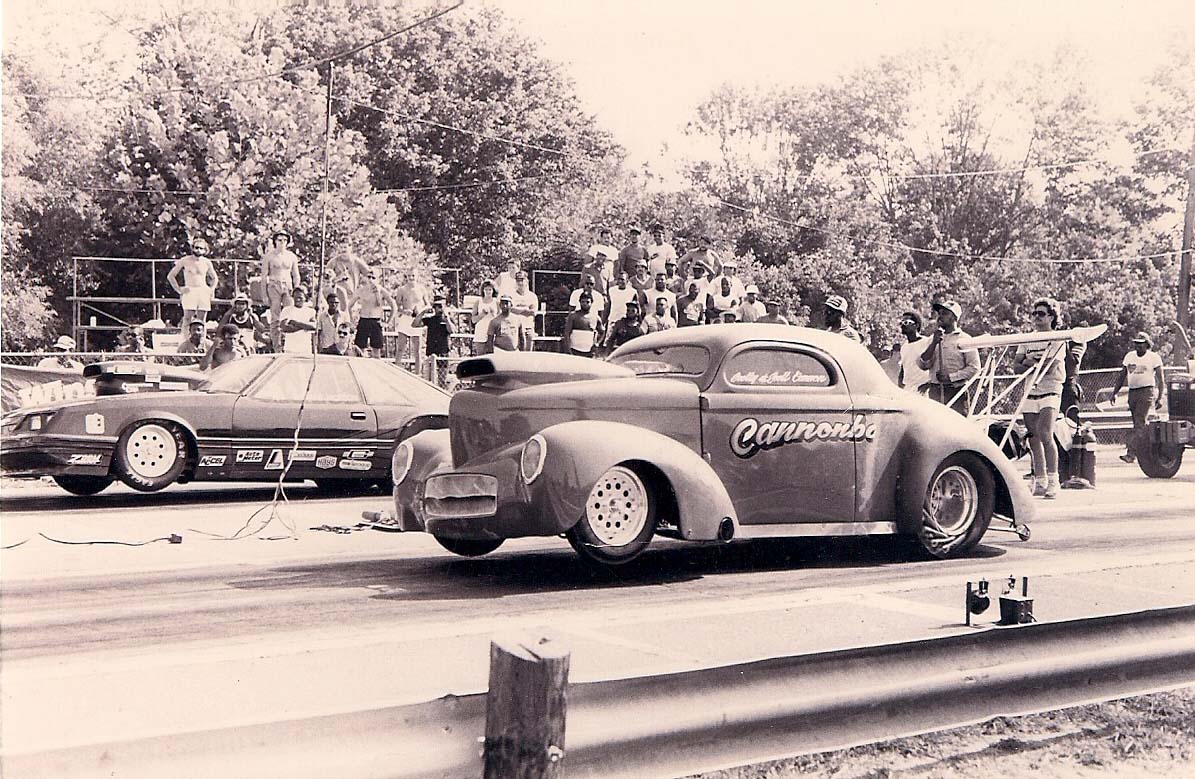 A stunned Bader sat silently on the other end of the phone for a moment before he reportedly uttered, "that's why you are a champion."

Cannon never got another rule change the rest of the season despite setting the record in Epping qualifying and resetting it twice more in eliminations.

"Me and my crew match raced every weekend, sometimes at three different tracks in a week," Cannon explained. "We went up and down those dirt roads and when we went to a national event. I hate to admit it, but man, we were on cloud nine. Best tracks in the world when you are on a national event track. You go down a bad one; you can go down a good one.

"We would just go out there and usually wing it. Now some of the tracks back then, they sprayed on the start line about all the spray they got. Some of the tracks, we just go there with the same team up there and it'd run just the same. 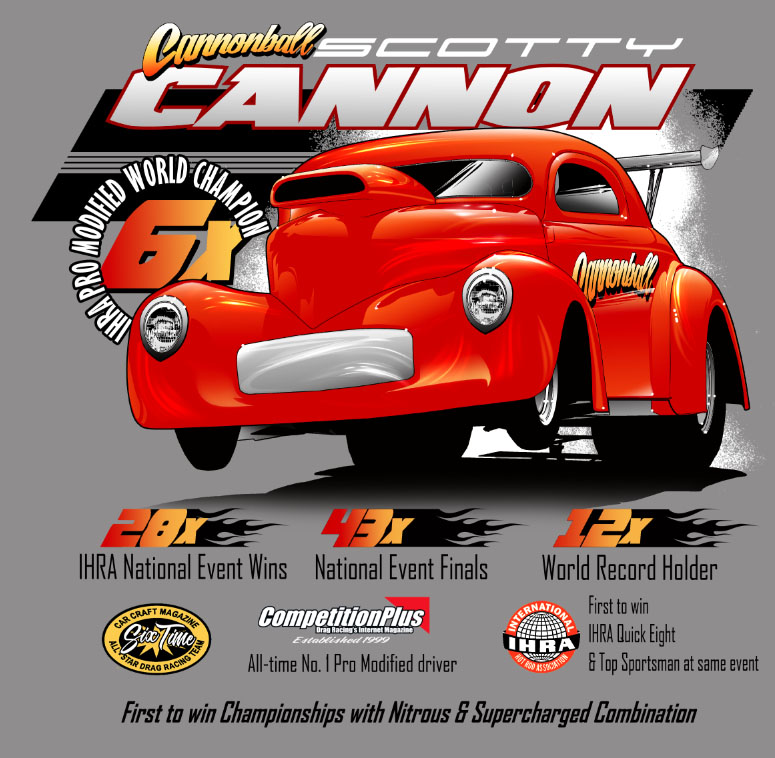 "I had a killer team. Boyce Boswell was my right-hand man, Darrell Makins was there with me, Phil [Shuler], Waco [Greg VanDiver], Little Scott [Cannon], and Steve Brock were there with me a long time. I had the same crew for years.

"Eagle Racing Engines [Mike] Hedgecock was there and Gene Fulton the first two years. Then the whole rest of my whole career, I was with Eagle Racing Engine. They were a big asset, a big asset to me doing better and doing good in the long term. If I wanted any R&D done on my motor, a lot of times they would try different head stuff and all on some of their nitrous stuff to see if it'd run better on there. If it ran better on there, it'd run better on mine every time.

Cannon returned for a brief while to compete with a Radial vs. The World car with Alan Pittman, but once they sold the car, the visits to the track have been few and far between.

"It was hard for the first few years or so, missing the rush of racing, but I'm fine with it," Cannon admitted. "You find new things to replace the time you would have been gone racing. It's meaningful stuff, like spending time with your grandkids and tinkering with stuff around the house.

Cannon paused and asked, "Was it really worth it? But when you get honors like Don Garlits calls you and you get put in the Hall of Fame, that puts the icing on the cake; it was worth every minute of it."