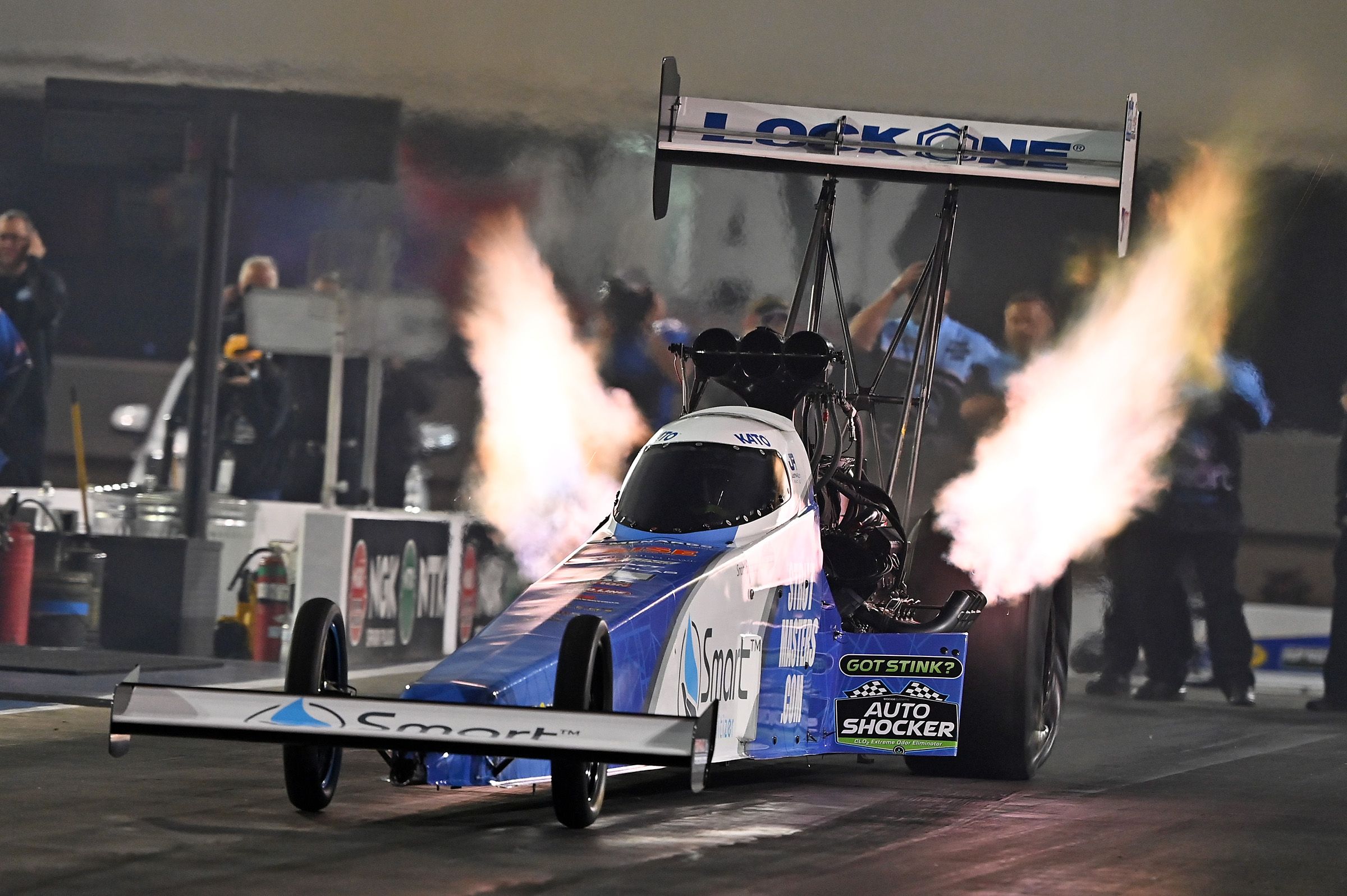 “We are excited to have Justin Ashley with us as we broaden our business portfolio,” said Ryan Johnston, President and CEO of InterPhase Entertainment. “Justin is a highly marketable young driver who is a standout, and as far as I’m concerned, the future of the NHRA Camping World Drag Racing Series.  Justin not only won in Texas a few weeks ago, but he just broke the track record in Bristol with a blistering 334.48 mph run in 3.69 seconds.  We are looking forward to diversifying and building his brand around the world.” 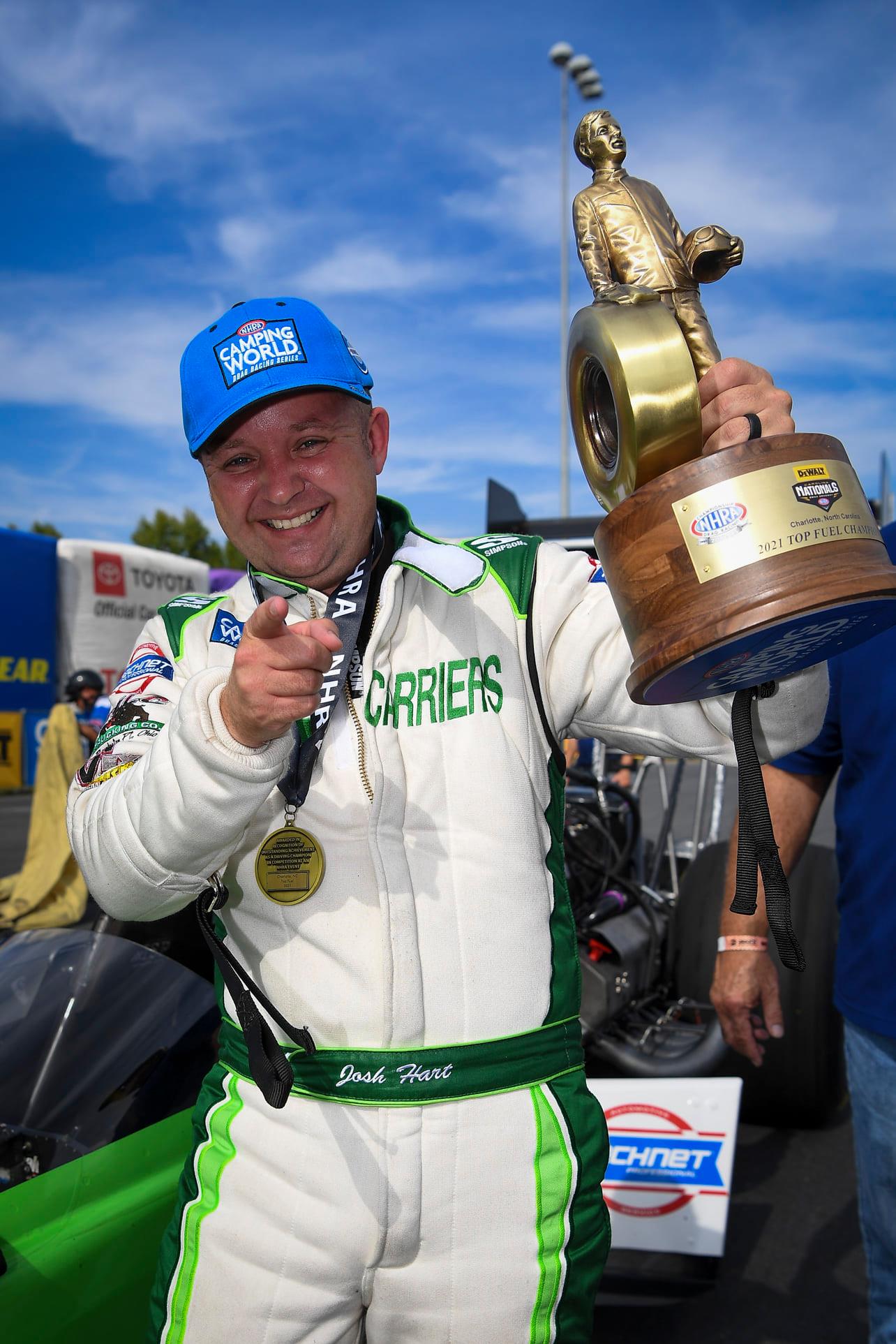 Josh Hart’s plan for the 2021 NHRA Camping World Drag Racing Series was to run a limited schedule with modest goals.

The Top Fuel rookie sent shock through the class with two wins in Gainesville, Fla., and Charlotte, N.C.’s fall race and four additional semifinal finishes while only competing in 11 of the 18 races this season.

“It has been crazy,” Hart said. “I be lying if I said no (to be surprised about winning races). We didn’t really design to own a Top Fuel team. That was kind of a strange situation by itself. Going from there to here, it has been a whirlwind. I think the craziest thing for me personally has probably been just seeing all the people I looked up to for so long. It is a very cool camaraderie. That has been the craziest thing for me to experience.” 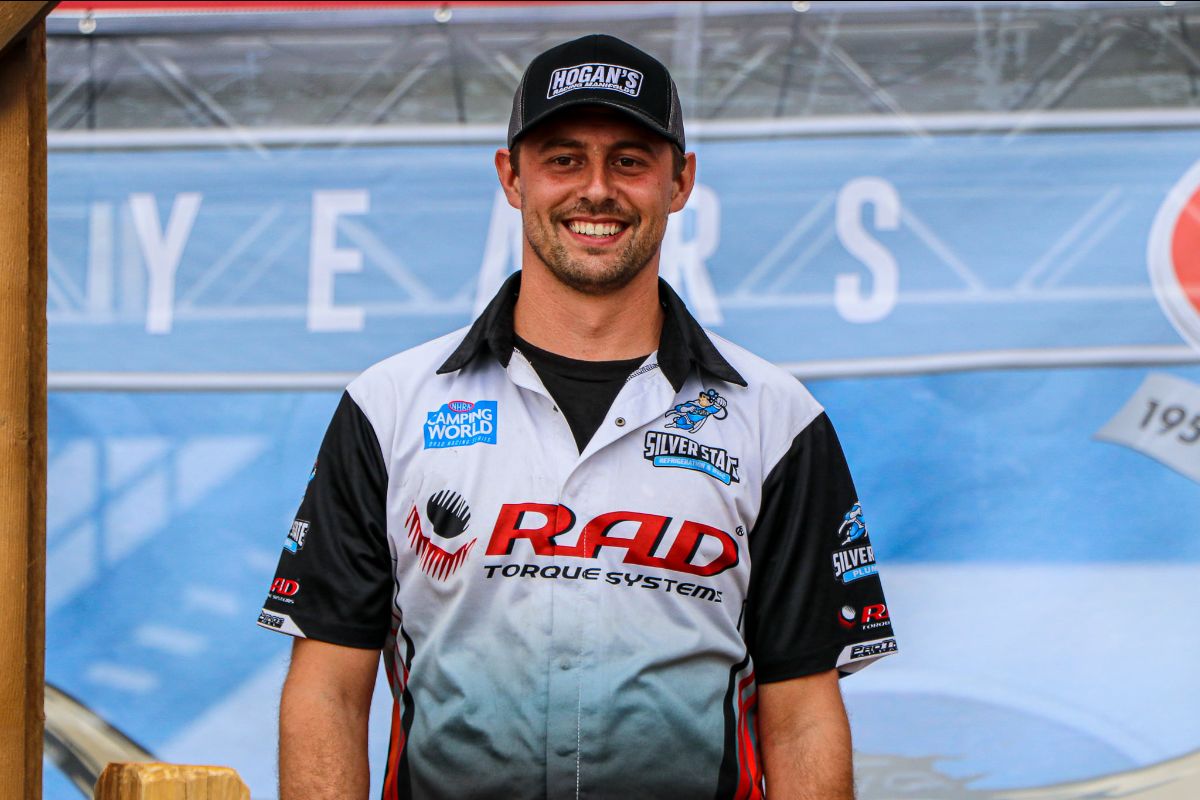 irst-year Pro Stock driver Dallas Glenn has been nominated for the 2021 Rookie of the Year award. The Mooresville, North Carolina-resident has had an extraordinary debut season with four final round appearances, two national event wins in Charlotte and Topeka, a No. 1 qualifier in Houston, and 23 round wins so far.

“To be nominated and in the chase for the Rookie of the Year is a huge honor, especially when looking at the long list of racers that have won it in the past,” Glenn said. “There’s two races left this season and I feel like I’m in two different battles that are really close. I’m still mathematically in the championship battle, which will go down to the wire, and this Rookie of the Year battle feels even closer than that.” 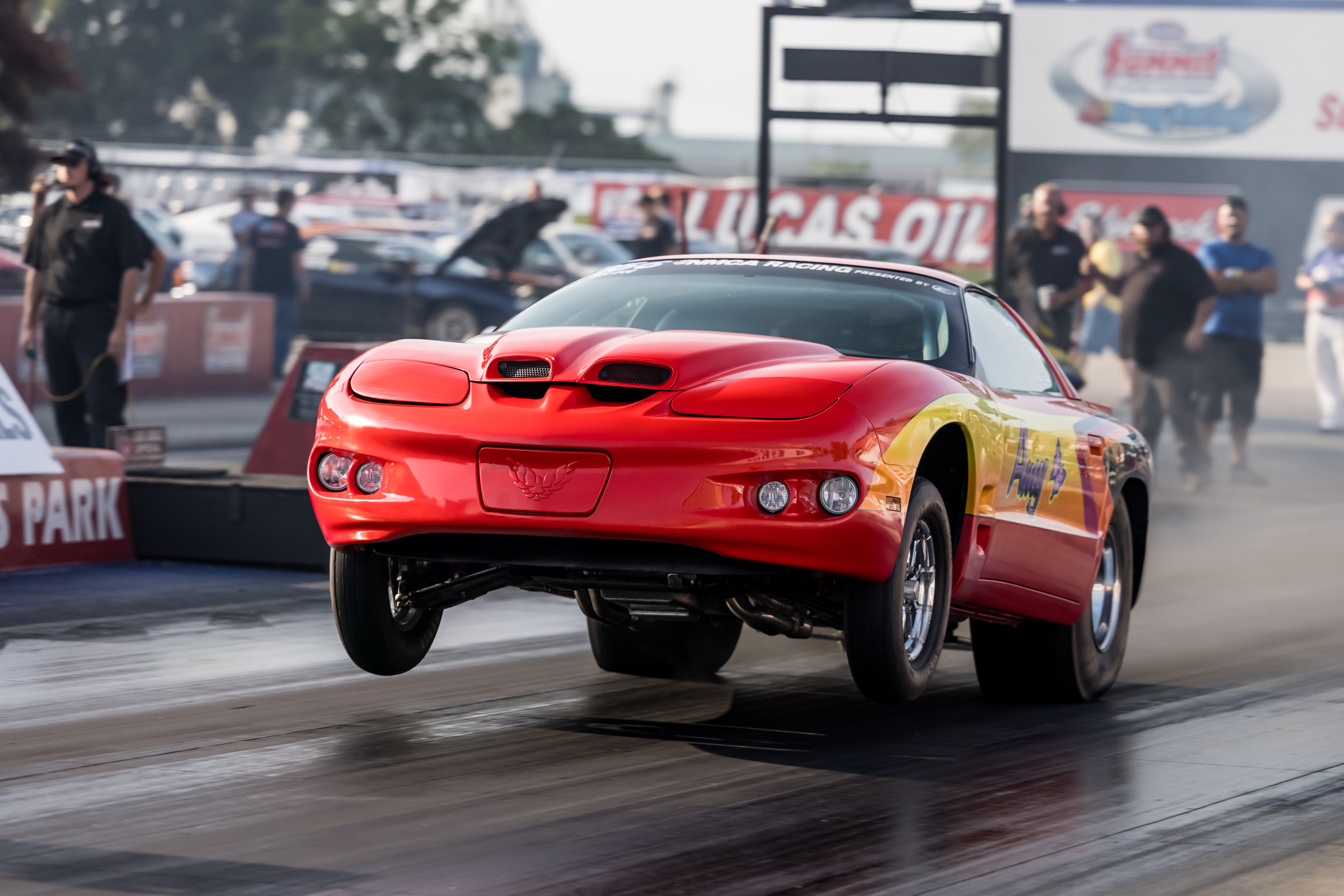 “The competition is fierce in Stock/Super Stock and we’ve seen huge growth in the category since we began hosting it five seasons ago. Those car counts give us the opportunity to run each eliminator independently,” said Gene Bergstrom, NMCA Director of Racing Operations and longtime drag racing competition guru.

SCOTTY CANNON STILL HAS THE MAGIC AND DESIRE 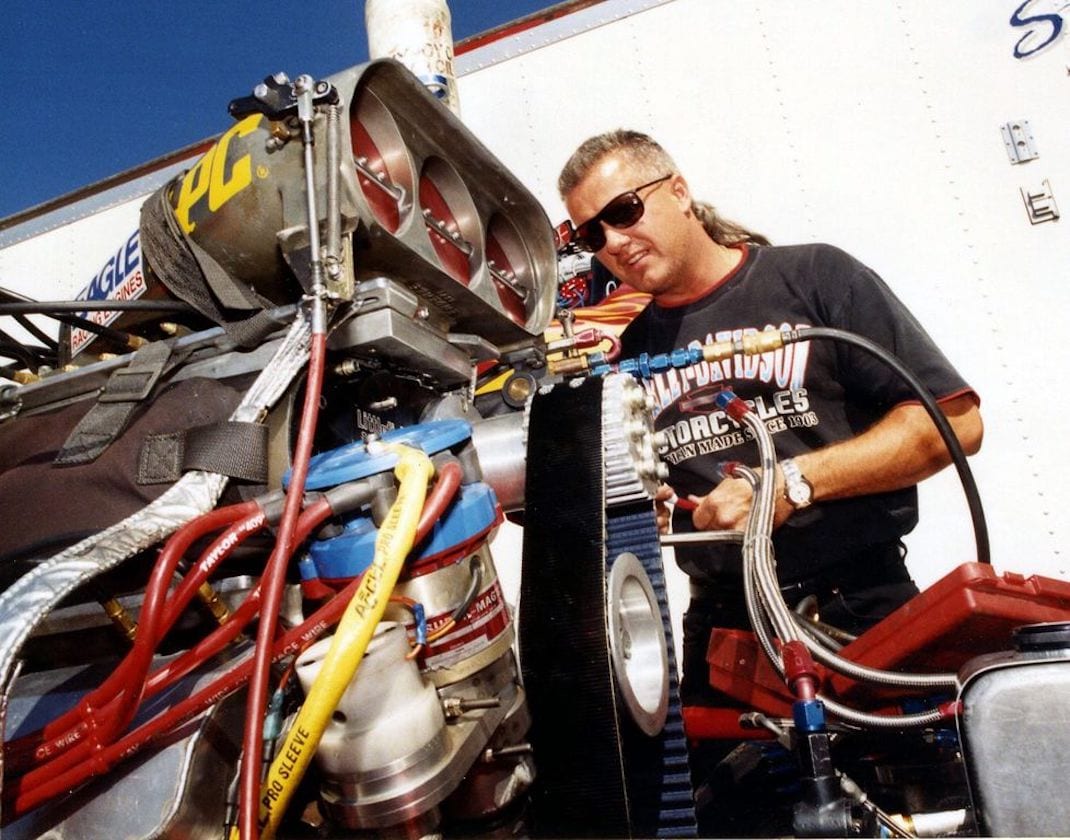 Scotty Cannon was up before sunrise last Saturday, hitting the road out of Lyman, S.C.

He was set to become the 20th inductee into Bristol Dragway’s Legends of Thunder Valley. But he wasn’t headed to Tennessee. He was going to Atlanta to help a buddy tune his race car.

“I'm getting a taste of the old days,” said the six-time IHRA Pro Modified champion and 28-time winner in the class he pioneered.

But today’s drag-racing scene and modern cars are far different than they were when he and Bill Kuhlmann, Al Billes, Freddy Hahn, Tim McAmis, and Ed Hoover – and even Shannon Jenkins, Mike Castellana, and Mike Ashley – were ushering in the class, inventing it. Now these 21st Century Pro Mods, with their sophisticated telemetry, require different skills than Cannon had to employ with his popular nitrous-injected ’41 Willys or his supercharged ’63 split window Corvette. Even the NHRA Funny Car class, in which Cannon competed for six years, has made huge performance strides seemingly overnight.

LIVE at 9PM EST (9/21), Competition Plus' drag racing talk show, Power Hour, airs with the latest in news, opinion, and relevant guests within the sport. NHRA's Steve Reintjes, vice president of broadcasting, will give us a glimpse into the world of the TV broadcast. Doug Foley checks in LIVE with wrapping up his 2021 NHRA Camping World Top Fuel campaign. Hosted by Slammin' Sam and the Monday Morning Racer be sure to tune in on the Competition Plus Facebook, Twitter, and YouTube channel. 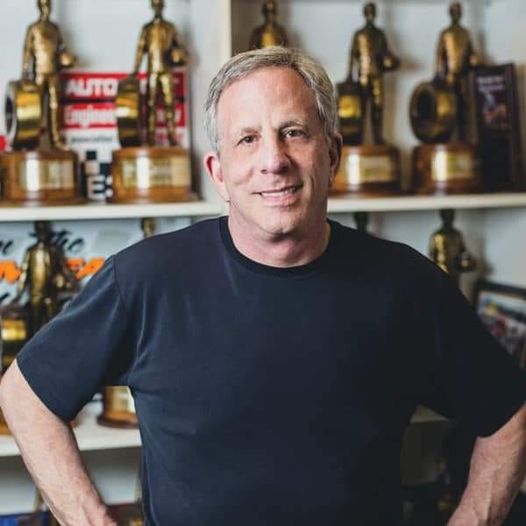 Drag racing innovator and Pro Stock icon Richard Maskin passed away October 16, 2021, at the age of 74.

Maskin was the founder and driving force behind the Dart Machinery brand in 1981, a leader in cylinder head technology that expanded to include engine blocks and intake manifolds.

Maskin was well known for his participation in Pro Stock as a team owner and crew chief first with AMC entries and later with GM-powered efforts. 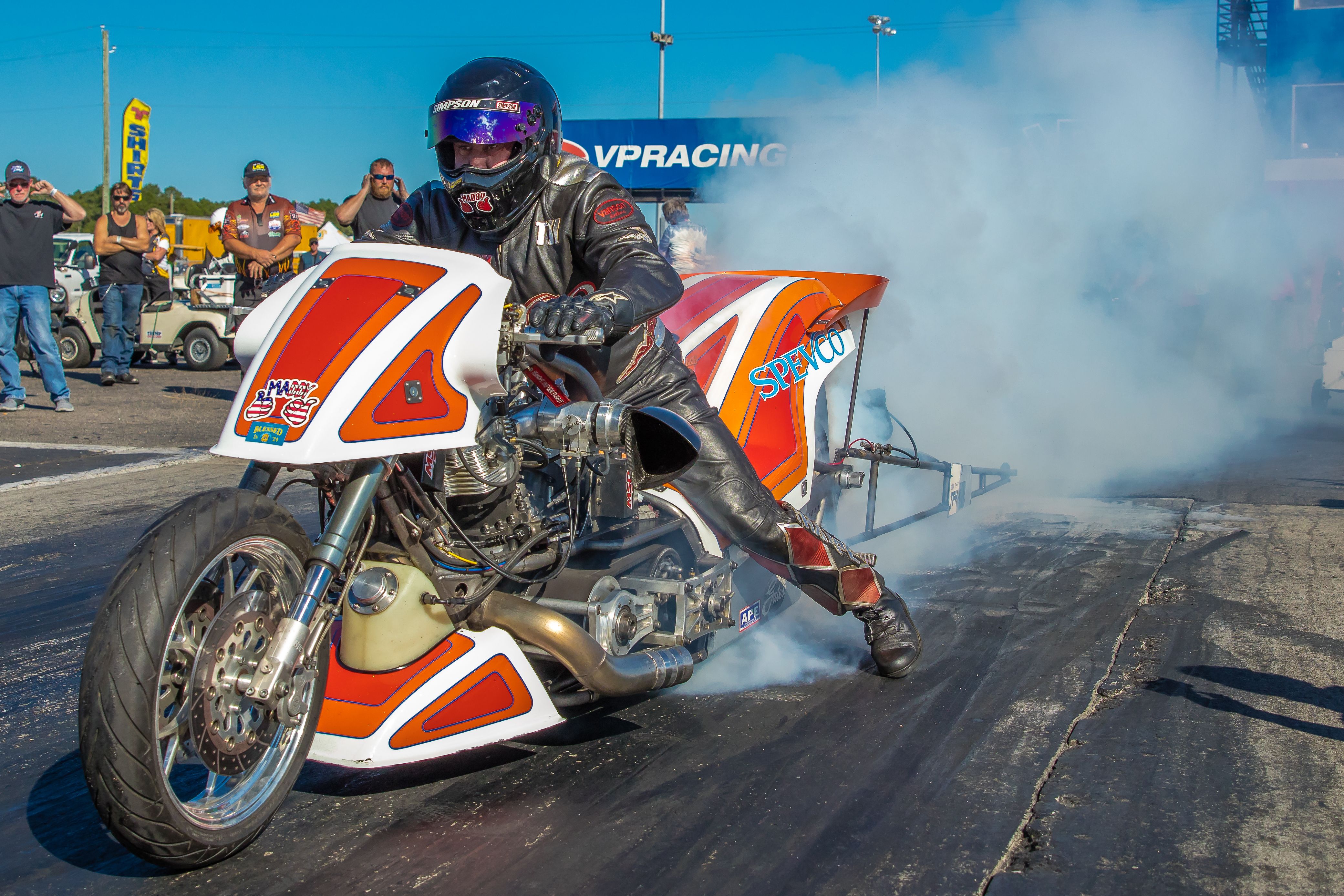 Flashing the form that powered him to NHRA series championships in 2018 and 2019, Pfafftown’s Tii Tharpe repeated as winner of the featured Ray Price Top Fuel Challenge in Sunday’s 30th annual Jim McClure Memorial AMRA Nitro World Finals at Rockingham Dragway.
Although he qualified behind teammate and multiple time McClure champion Jay “Bulldog” Turner of Julian and newly crowned NHRA champion Ryan Peery of Milford, Ohio, Tharpe dominated eliminations, taking out Turner in the semifinals with quick time (6.30 seconds) and top speed of the event before stopping Peery in the final round for the second straight year.
The result not only denied Peery his first Ray Price trophy, it also kept him from doubling up at The Rock after earlier winning the track’s AHDRA Top Fuel title.  In the final, Tharpe stopped the timers in 6.350 seconds at 220.04 mph.  Peery trailed in 6.471 seconds at 216 mph.

JERRY BICKEL RACE CARS IS LOOKING FOR A FABRICATOR