For the past 49 years, Firebird Raceway has held their opening event of the year, which the New Family (owners and operators) of Firebird call the Ignitor. For years it is the opening event for Division Six racers looking for that Divisional Title, or World Titles.

This event in a normal year takes place in the early spring (April or May). And as a divisional race, the altitude adjustments and cool dense are make it a place to set records in Stock and Super Stock in the past.  One of the other features of this event has been for nearly all the Ignitor’s has been nitro cars. Names of the past include, Prudhomme, McCulloch, The King Jerry Ruth, Leong, just to name a few ventured to the high desert facility.

However, in the year 2020, nothing is normal, and the early spring date for the Ignitor, is now in the middle of August.  No nitro cars, moreover, no Canadian entries due to the COVID-19 restrictions. When one door shuts another open, as many, many racers from the Golden State made their way to Idaho. As did racers from states that surround Idaho. 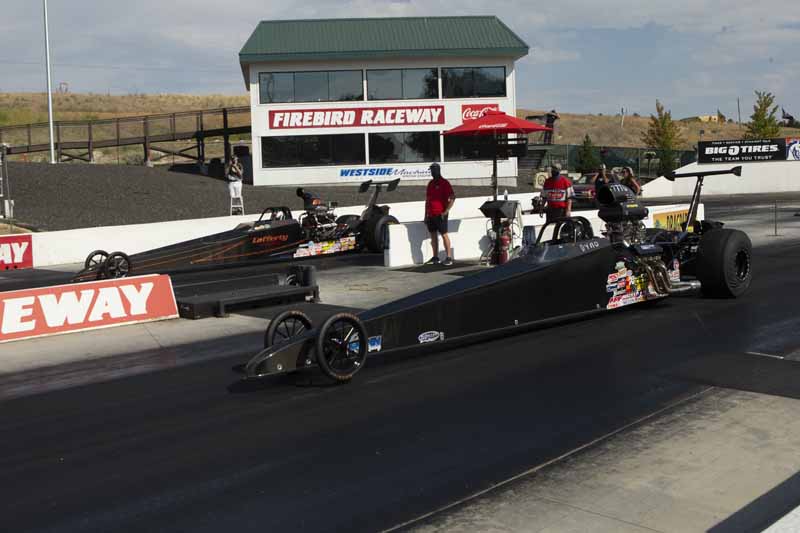 There were extremely healthy fields in all classes less Comp Eliminator. Nevertheless, every competitor was just thrilled to be racing and having a sense of normalcy.

Twenty-seven cars made the trip to the Treasure Valley of Idaho, Cody Lane was the number one qualifier with a -1.069 under his index. Peter Oliviero lead the way in Stock Eliminator at -1.035 under the index.

The weather in Idaho during this time of year can classified simply as HOT.  The test and tune on Friday was in the high nineties and low 100-degree range. The same with qualifying on Saturday. Endless sky and hot. It did affect the running of the cars, in the afternoon.

However, Sunday morning dawned and there was weak low-pressure system then came into the area and provided the racers and fans with some need relief from the heat. Overcast conditions and temps in the eighties were a welcome relief.

For most of the event there was excellent race without a great deal of drama.  Then came the first round of Top Sportsman. About halfway through the run order. First Frank Rodrigues appeared to have an issue slowing from his first-round run and ending doing a Starsky and Hutch sliding stop at the end of the track. No harm no foul.

That, unfortunately, was the warmup act, as the next pair of cars was Daryl Coe and Todd Fricke.  Coe took the win, however that is where things got scary. Fricke’s Corvette had the rear wheels lock up and it pitched the car hard right, it crossed the nose of Coe’s Mustang and took both cars into the right-side guard rail. The force vaulted the red Corvette on to its roof and the car slid inverted down the shutdown area, finally coming to rest back in his original lane. Both drivers emerged uninjured, thankfully. 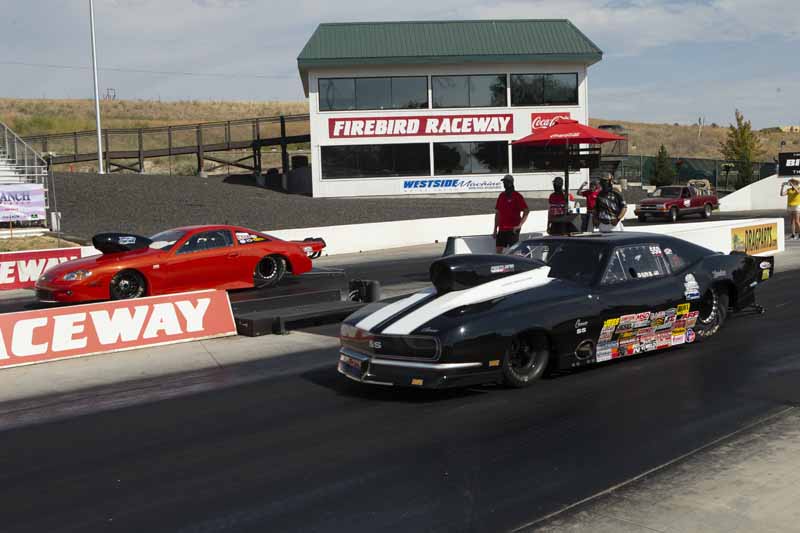 After that the rest of the racing was back to an even keel.

In Comp Eliminator there was a shortage of cars, unfortunately so the final round pitted two Idaho contestants. The aforementioned Van Paepeghem from Garden Valley in his Bantam roadster and John Edwards from Nampa, in his 2019 Camaro. Edwards left first and was never headed as his 7.66 -181.72 covered the little green and white roadsters 7.48- 178.00 run.

In Top Sportsman it was number one qualifier Dan Lafferty from Wendell, Idaho and Doug Johnson from Pleasant Grove, Utah. Lafferty was in the zone as he also made the semi-finals in Super Pro. Lafferty was out on Johnson by fifteen hundredths, however the car slowed down  and his 6.27 (6.21 dial) -218.37 could not hold off the Ute’s 6.89 (6.87 dial) -189.47 charge to take the win.

In Top Sportsman it was Darren Shank from Kennewick, WA taking on Ed Olpin also from Pleasant Grove, Utah. At the light it was Shank out on Olpin by .008 and it appeared as though Olpin may have run into mechanical issues at about 400 feet as the car appeared to start to slow. Shank too notice and also slowed slightly to prevent breaking out and taking the win, 7.23 (7.06 dial)- 166.70  to cover the Utah runners, 7.62 (7.17 dial)- 181.13.