Many racing experts would agree that Outlaw 10.5 racing peaked in the mid-2000s once the Outlaw Racing Street Car Association (ORSCA) was created and it organized a 10-race series, but a lack of a rules package that allowed better-funded teams to run roughshod over the rest of the competition drove many racers away, and by the early part of this decade, the class was in dire straits.

One group of Outlaw 10.5 racers, under the tutelage of Jim Halsey and Dave O’Donnell at Cecil County Dragway, decided to reign in the class and set parameters that would equal the playing field. Those efforts eventually resulted in the creation of the Mickey Thompson Outlaw 10.5 National Championship Series by Jerry Morgano, who now serves as director of the series.

“The class was dying, and Cecil County Dragway kind of grabbed the bull by the horns and put a rules package in place,” said Morgano. "That has evolved over the years to where all combinations have an equal playing field to compete on. It now comes down to the tuner and the driver as opposed to who has the most money to buy the latest and greatest turbos and parts.

“About four years ago, I tried to put it back on the map and make it more of a national type of a series,” he added. “I spoke to Tom Kundrik at Mickey Thompson about the idea of them being the title sponsor of what became the Mickey Thompson Outlaw 10.5 Series. After they agreed, we had some help from Nick Agostino, who extended the series into Canada, and it developed into a 10-race series.” 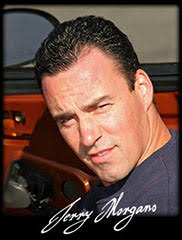 The series has been successful on all fronts, averaging about 60 different cars per season over the last three years and getting to the point where the rules are as close as they can be between all the different racing combinations.

“It's been a long process to get us to where we are today,” said Morgano. “We have nitrous cars, turbo cars, small-block cars, big-block cars, and blower cars, and basically the fastest car with each combo is within half a tenth of each other. That's unheard of in a multi-power adder class. You can basically pick your poison, and every single combo out there is competitive. There is not one combo that has an advantage. Everyone can win, and everyone can set the record, that's how close the rules are.”

In addition to the rules package, which includes limiting the turbo size—“That’s huge in heads-up racing. You can't allow unlimited turbos to dictate the rules of the class," said Morgano—interest in the series is aided by the looks of the cars and the rivalries among the racers.

“Our cars look real; they look like Mustangs, Camaros, Novas, and Corvettes. It’s a stock-bodied car still,” said Morgano. “People also miss the rivalries and nicknames; that doesn’t happen anymore. Look at Street Outlaws: No one knows the racer’s names. It’s ‘Big Chief’, ‘Boosted GT’, ‘Murder Nova.’ I don’t even watch the show and I know the names.”
Thanks to Mickey Thompson’s continued sponsorship of the Outlaw 10.5 National Championship Series and Morgano’s and Agostino’s vision, the future of Outlaw 10.5 racing looks bright.

“Mickey Thompson has been there since the beginning, so it was a natural fit for them to be the series sponsor,” said Morgano. “We're looking to come up with different ideas to encourage a little more participation from teams that travel. In order to really get it running, we need a national platform, because the racing is there, it’s top-notch.”