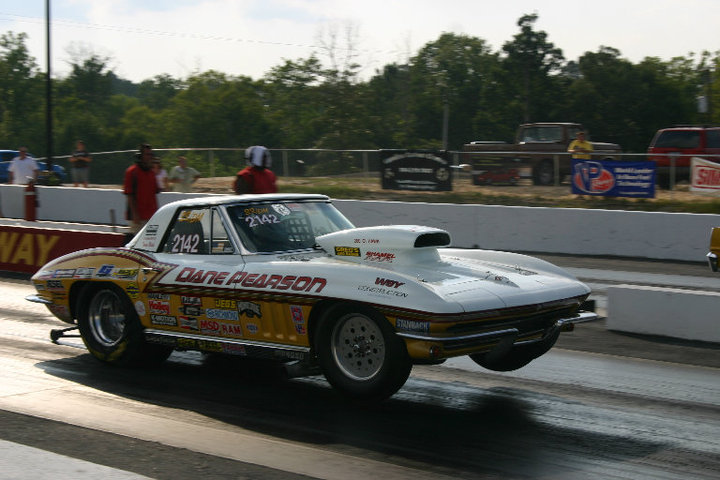 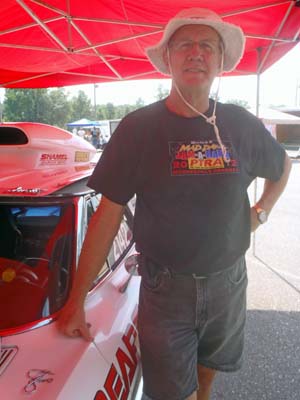 Even though their actions might have justified imprisonment in the ‘what are you thinking jail’ to the chagrin of automobile enthusiasts, Dane Pearson and then partner Glenn Strange took a Saws-All to their newly purchased car some years ago.

“We cut all the rear end out from under it,” Pearson said with a fake grimace. “We cut the chassis apart and all of that kind of stuff. Of course, everyone told us how crazy we were. We just helped it out a bit. The car was headed downhill.”

Pearson’s downhill comments were in jest. But when you consider the car was of limited miles, his conversion was no laughing matter.

“The car was sold new in Spartanburg [SC], still have the Burwell Chevrolet emblem for it,” Pearson proudly proclaims. “It’s an original, local one-owner car. We were the second owners, me and Glenn. It’s been a good car.”

Once Pearson and Strange finished their modifications they entered the car in the IHRA’s Formula 2 Modified Production classification where it fit into the “C” specification. Today the car is a legal NHRA Super Stock/D Modified entry.

Pearson now runs the car solo, without Strange, and while he understands the value the car and what it might have fetched on the open car collector market, his thought process hasn’t wavered since 1978. This car belonged on the drag strip.

“It makes a nice looking race car for sure,” Pearson said. “It would make a nice looking street car. I like street cars too. This is a neat little race car and easy to work on. Cobalts are great and have the latest technology, but this little car feels great … it doesn’t drive you, you drive it.”

Pearson primarily campaigns the car on the High Winding Gear Jammer circuit around the Carolinas and Virginia. Prior to the 1988 season, Pearson ran the IHRA tour religiously in Modified eliminator. 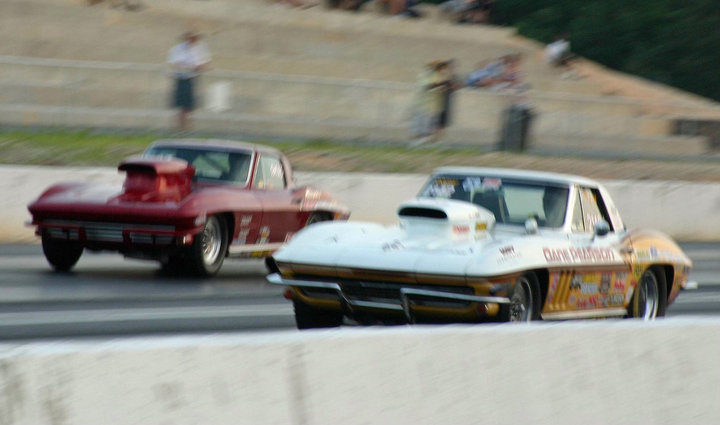 When Billy Meyer killed class racing during his ill-fated leadership in 1988, Pearson joined groups such as the Sportsman Class Racers Association and the Gear Jammers, choosing to race the way it used to be.

“When everything stopped for class racing, I got involved in the SCRA and we had a great following,” said Pearson. “The NHRA supported us and Dick Moroso was a big sponsor. This has always been about having fun.”

Pearson doesn’t need the big stage of championship drag racing to feed an ego. He gets a rush just racing closer to home on the local circuits.

One little tidbit Pearson relishes is he was featured in Issue No. 1 of the original Competition Plus magazine published in January 1988. Nearly 25 years later, he can add this feature to his scrapbook in the online version.

“It was a great honor to be in the printed version,” said Pearson. “I still have the copy and wouldn’t take anything for it. I’ll be looking forward to printing this version and saving it as well.” 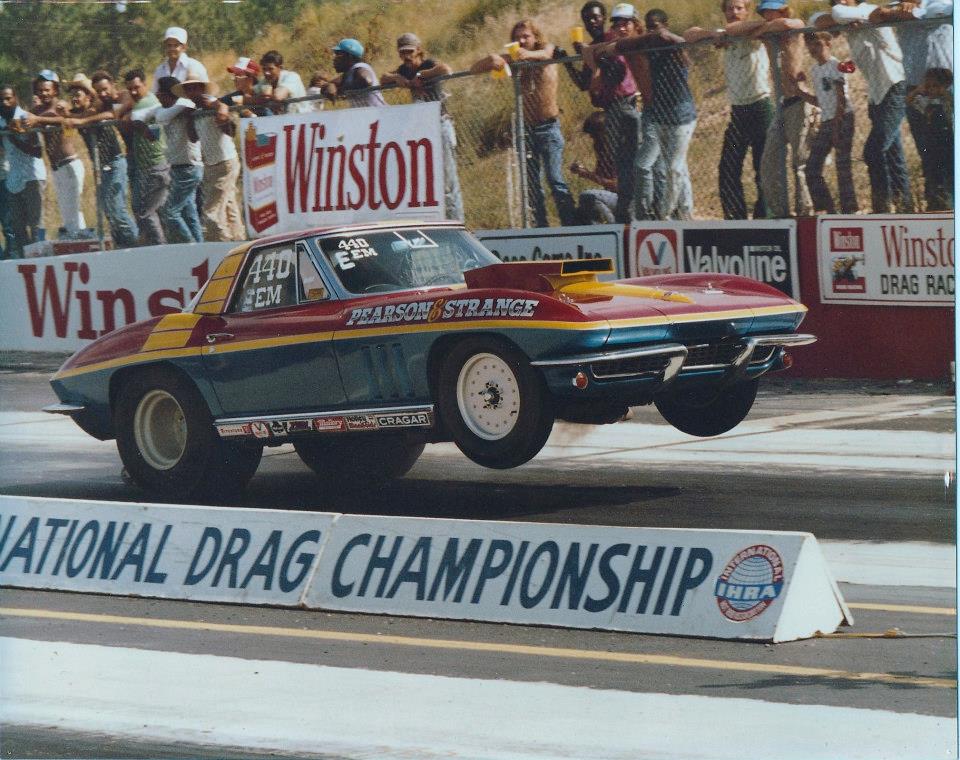