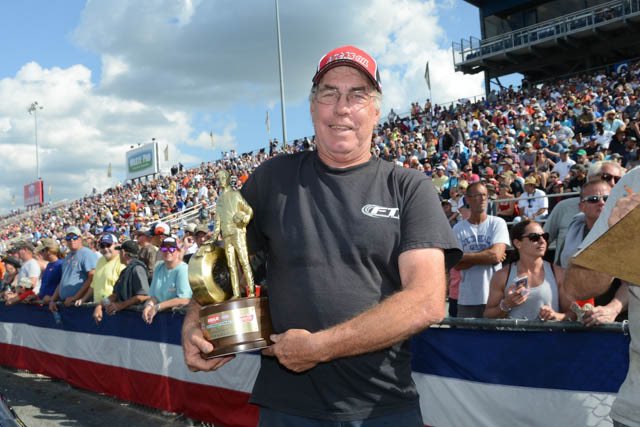 Jim Perry has been racing for so long that he has forgotten exactly when he began making runs down a track. "I started racing around 1975," he replied when asked. Regardless, more than 40 years later the Niota, Tenn., racer remains a force to be reckoned with, having a firm grasp on first place in the Super Gas world championship standings as of press time. Perry opened the 2018 season by scoring early at the Amalie Motor Oil NHRA Gatornationals in Gainesville, Fla., an event he has won three times in the last seven years and a run of success for which he has no explanation. The 2009 Super Comp world champion would like nothing more than to add a Super Gas world championship to his resume after trading his winning dragster for his current '00 Chevy S-10 pickup about six years ago. CompetitionPlus Sportsman's J.T. Gonzalez caught up with Perry to talk about his decades-long racing career, his motivation after more than 40 years in the cockpit, and his future racing plans.

COMPETITIONPLUS SPORTSMAN: How do you feel about your season so far?

JIM PERRY: I've had seasons when I've won early and didn't do any good afterwards. I don’t get excited until the end. I don’t really keep track of points. If you chase the points, you find yourself messing up by putting too much pressure on yourself.

CPS: Winning the Gatornationals for the third time in your career is certainly a plus. What do you have on this event that other racers don't?

JP: Honestly, I don't have anything on the track. I've probably run there at least 30 times, if not more, and in the first 25 years I couldn't make it to the Sunday race, yet in the last seven years I've won it three times. I don't have an answer for it other than if you wait long enough, it eventually turns around. At this particular race I had broken a motor the week before at the divisional race, and I borrowed a motor from Rusty Cook but had no information. I never would have thought when I put the motor in it that I could win. I figured I would just make some runs and get ready for the next race. My engine was completely destroyed. It broke a crankshaft and took out everything from the heads down.

CPS: Did your plans coming into the season involve chasing the points?

JP: We are going to run enough races to get into the points, but we don’t ever really chase them. However the chips fall, they do, but I do participate in enough races to where if I do well I could be running for a championship. If I remain in the running later in the year, my schedule could change. If we're in the hunt, we're going to chase it. Otherwise, we just go to races we really want to. I race with a partner, John Taylor, and he has two Dakota trucks and finished No. 9 last year and No. 2 the year before, and we pretty much travel and race together. 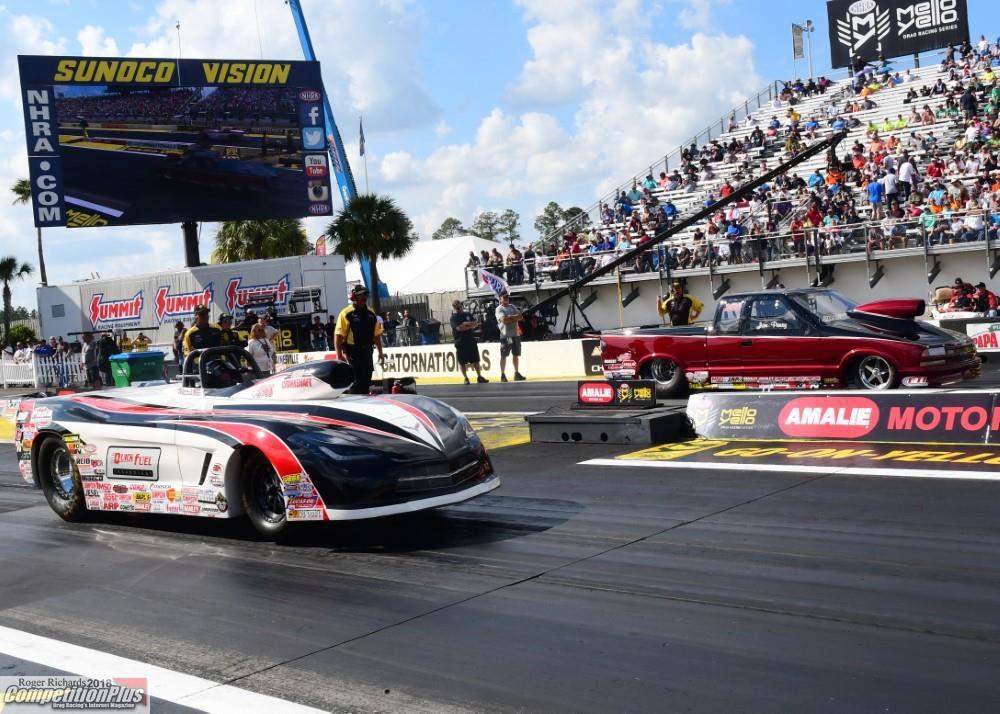 CPS: More trucks have definitely been coming into the class.

JP: Trucks are getting very popular with as good as me and John have done with them. You can't really buy a truck right now. They are easy to see out of, you can make them really fast, and they can hold the horsepower. There are quite a few people getting into trucks in Super Gas, Super Comp, and Top Sportsman.

CPS: Do you see yourself replacing the truck in the near future?

JP: No, I believe I'll stay with the truck until I'm done. I had it painted during the off-season to a conventional two-tone, clean look.

CPS: You have really experienced some success in the later part of your racing career. What's the reason behind it?

JP: I sold my auto repair shop and retired in 2003, and my best racing has been since then. I've always said that you could race better if you didn't have to worry about a business or other stuff, and I have kind of proven that point. I won the Jegs Allstars title in 2003 and 2004, and I've really had some decent racing years after I sold it. It does make a difference when you can commit to racing and not have the pressure of having to earn money for your family at the same time. I also receive great help from Greg Samuel at FTI Performance, Dave Hartman at Hart Beat Racing, Mickey Thompson Tires, John Taylor and his wife July, and especially my wife Debbie. Great support makes a difference.

CPS: Does Debbie or anyone else in your family race?

JP: No. My wife, Debbie, is always there with me and helps, but she has never actually raced. She does all the tires and fuel and keeps us cooked and fed and pretty much anything she can to help.

CPS: What makes you want to keep competing after so many years?

JP: My racing family. The people we know, the family we've created, that’s what I look forward to. I have my personal family and my racing family, which is huge. That's what keeps me doing it. More than anything, I like spending time with all the racers and the people. If I never won another race, I'd still be having a good time.