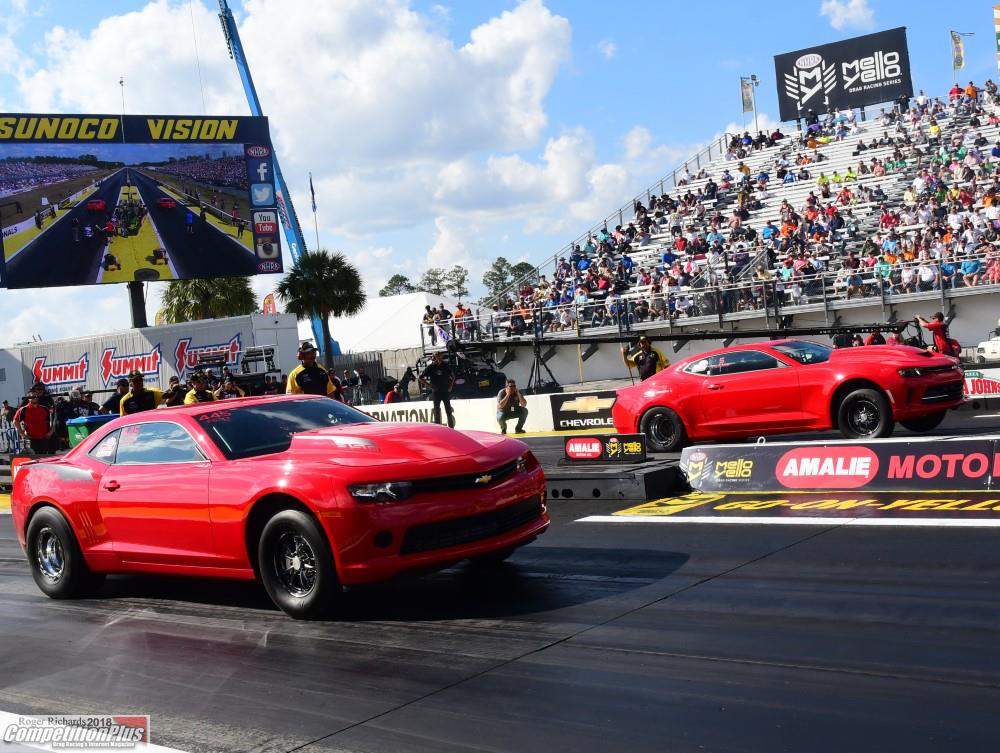 Stephen Bell and the Bossier City, Louisiana crew served up a piping hot dish of southern race dominance at the Gators this afternoon. Bell, who wrecked his COPO Camaro at St. Louis late last year, was not even a major newsmaker going into the event, yet he and teammate Aaron Stanfield met for the money. Moreover, it was in a pair of cars that Bell owns, and the Stanfields built motors for. That they pushed not one but two cars into the final round of this deal is no small thing, as a bunch of other guys had every intention of leaving here not just with prize money but with the SAM Tech notoriety. Aaron, Greg and Mike Stanfield, longtime Sportsman competitors, are no strangers to the winner’s circle themselves, so for Bell, it was this team effort that made his victory possible.

“To be honest, I’m the driver,” he adds. “This is all Stanfield; they built it, they tuned it. Vic Custer (East Texas Race Cars) put this car back together for me, and it is fantastic.

“This is the first time out for the car since we wrecked it last year, so we were pretty conservative getting it back into shape and dialing it in,” Bell said, “Once we started qualifying and feeling comfortable with it, we just began creeping up on the combination, and we frankly got lucky as it came right along with us. It was perfect.” In the end, an 8.108 put the car into the 6th spot in the field. 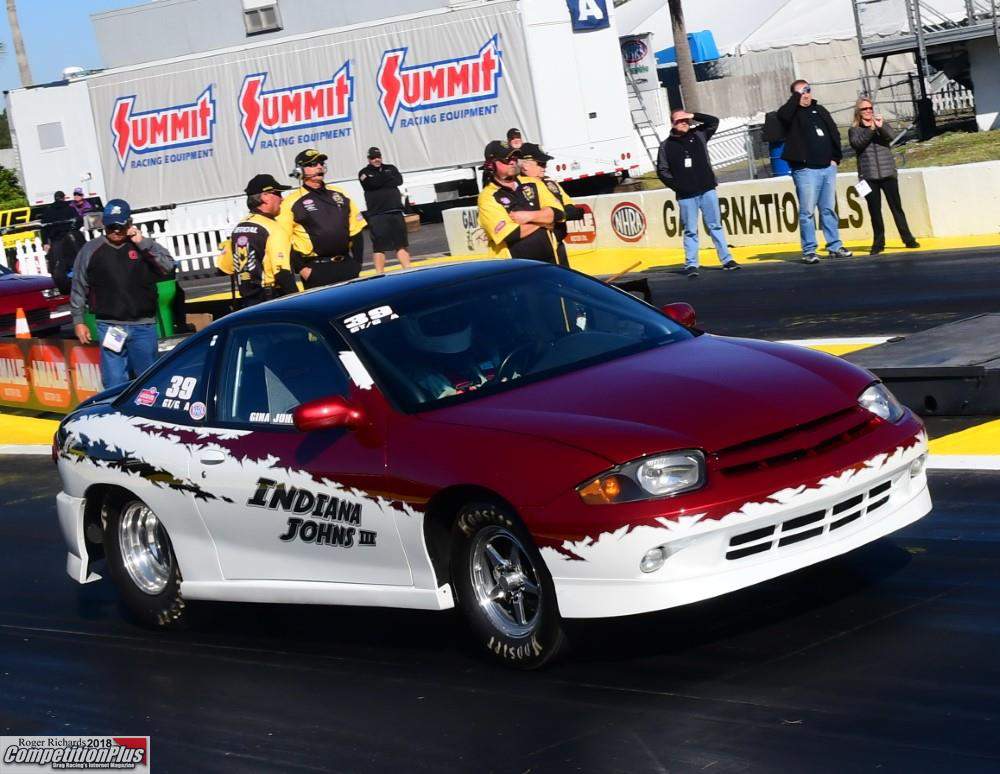 Four NHRA sportsman divisions completed their qualifying during the first day of the NHRA Gatornationals in Gainesville, Fla.

Division 3 NHRA Super Stock standout Irvin Johns raced his way to the top of qualifying with his GT/GA Chevrolet Cavalier by laying down a 9.212, elapsed time, -1.188 under the index. Bubba Turner slipped into second with his Factory GT/B , Mustang, -1.181 under his index.  Drew Skillman was third with a -1.099 performance. 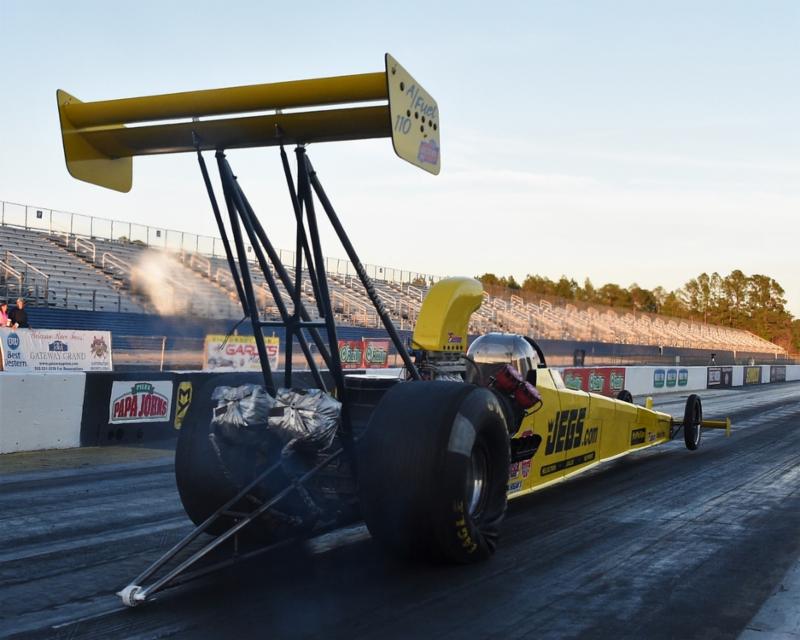 A not so rookie driver and a true rookie will fire their engines Friday morning for Top Alcohol Dragster qualifying at the NHRA Gatornationals in Gainesville, Fla., the second national event on the Lucas Oil Drag Racing Series for the top of the sportsman food chain.

Troy Coughlin Jr. and Jordan Vandergriff will make their competition debut at the first major East Coast event for the NHRA.

Coughlin, who last year tried his hand at Top Fuel driving, will be behind the wheel of Rich McPhillips Racing injected nitro dragster. 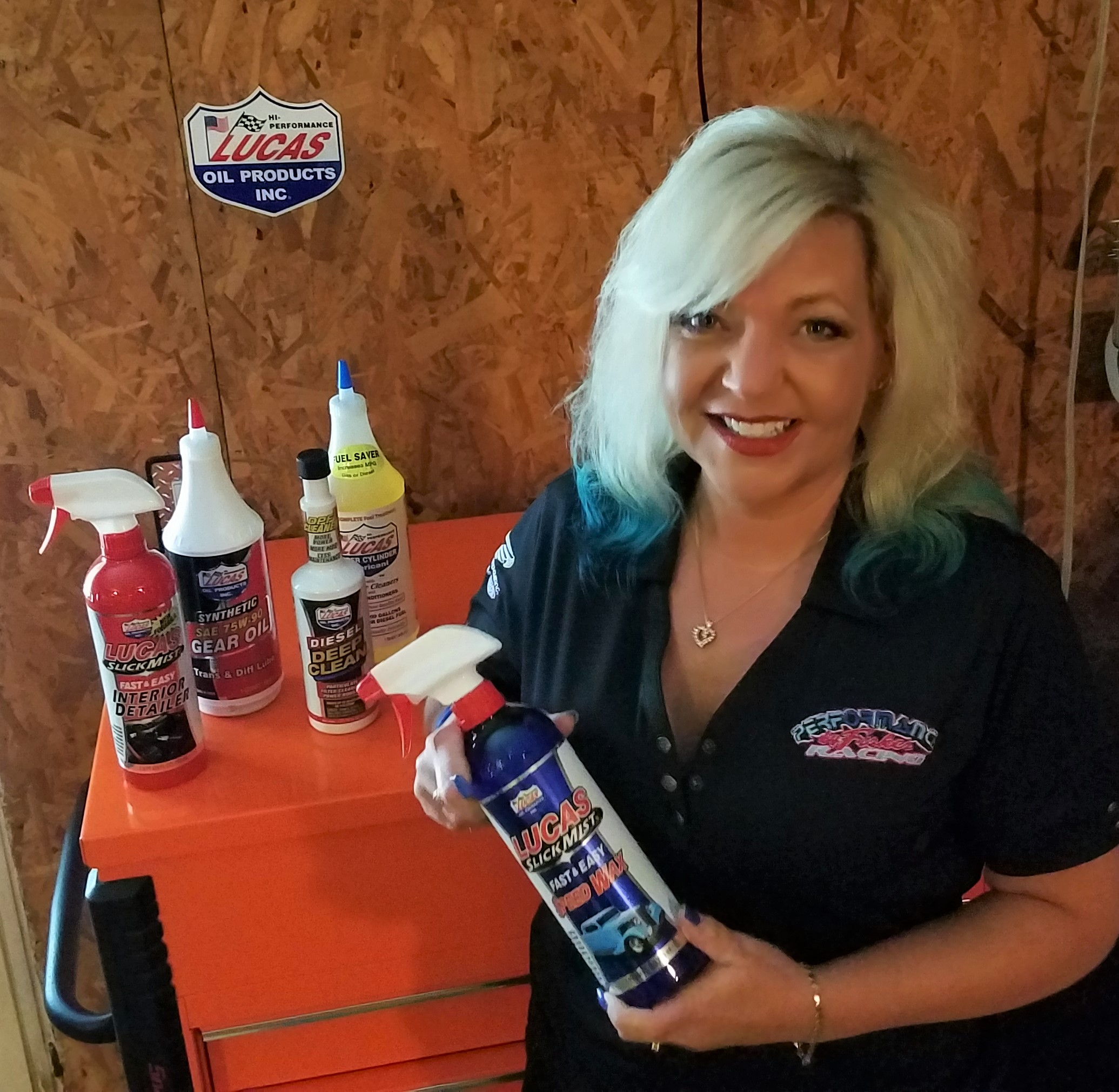 Kathy and Kevin Fisher recently added Lucas Oil Products to the Performance by Fisher Racing stable. The new partnership also includes offering trackside support, as well as a full array of Lucas Oil Products, at each of the eight stops on the 2018 PDRA tour.

The Fishers are heading into 2018 following one of their strongest seasons to date, which included winning the 2017 PDRA Indy Showdown Top Dragster crown and ultimately finishing 3rd in the PDRA Lucas Oil Top Dragster standings. 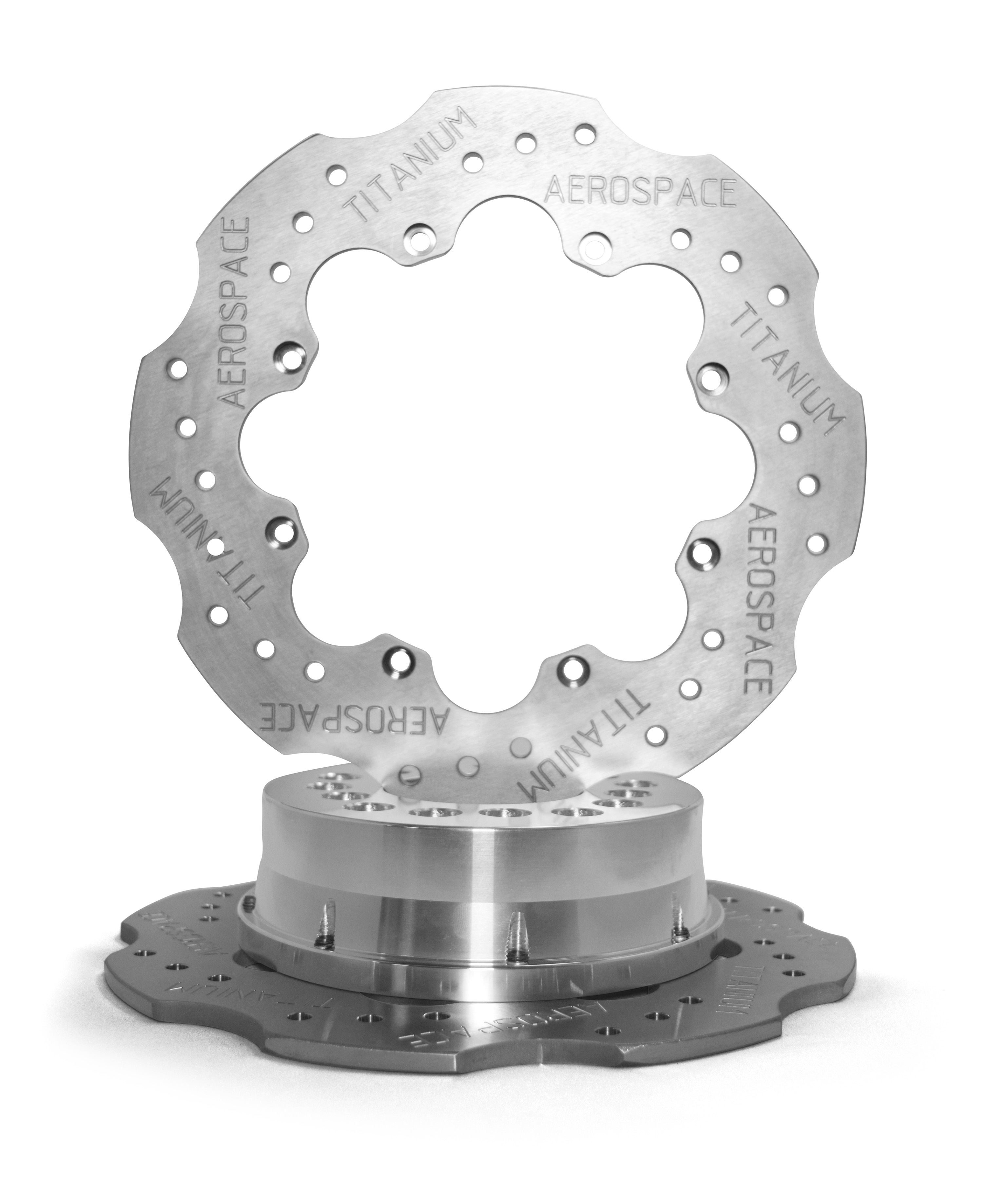 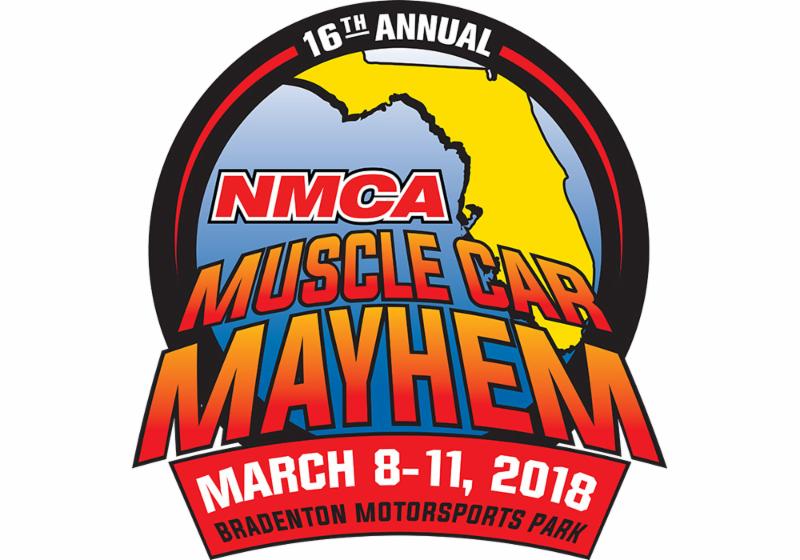 Tune in for today's action from the NHRA Division 2 event from Gainesville Raceway as presented in live stream by our coverage partners at D3TV. 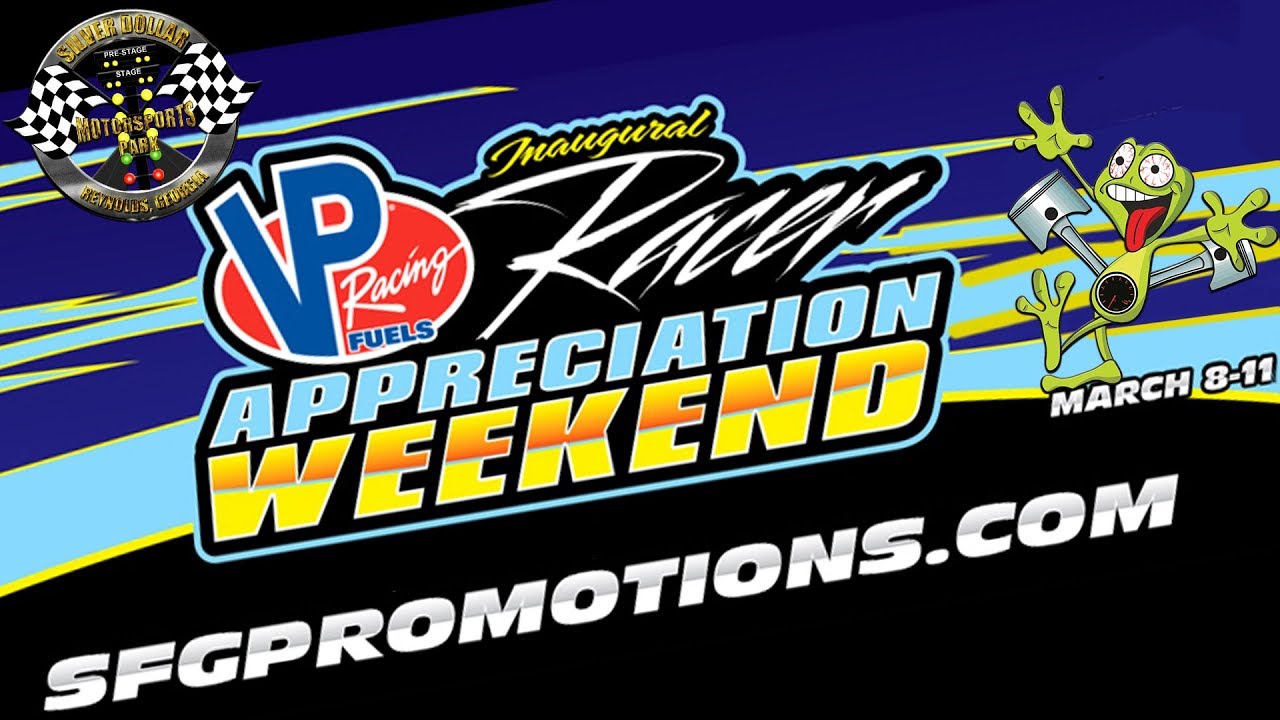 Thanks to our coverage partners at DragStory.com and Mark Walter, we present to you the live video feed from the VP Racer Appreciation weekend from Silver Dollar Dragway. 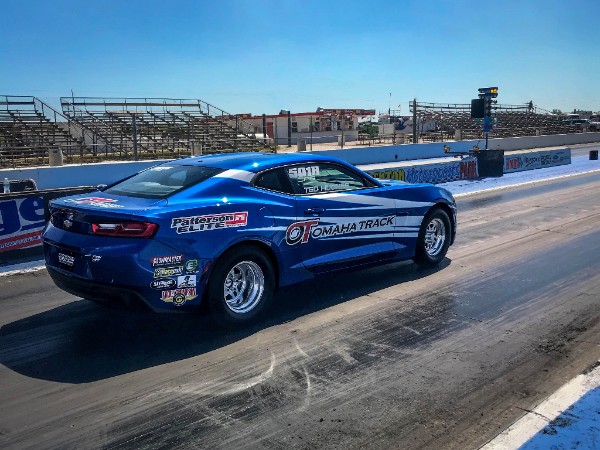 Owned and driven by Ted Hughes, of Seward, NE, and sponsored by Omaha Track, both COPO Camaros will be based out of the racing stables of Patterson Elite Performance in Augusta, KS. This will be both Hughes’ and Patterson’s first year competing in the Chevrolet Performance Stock category. 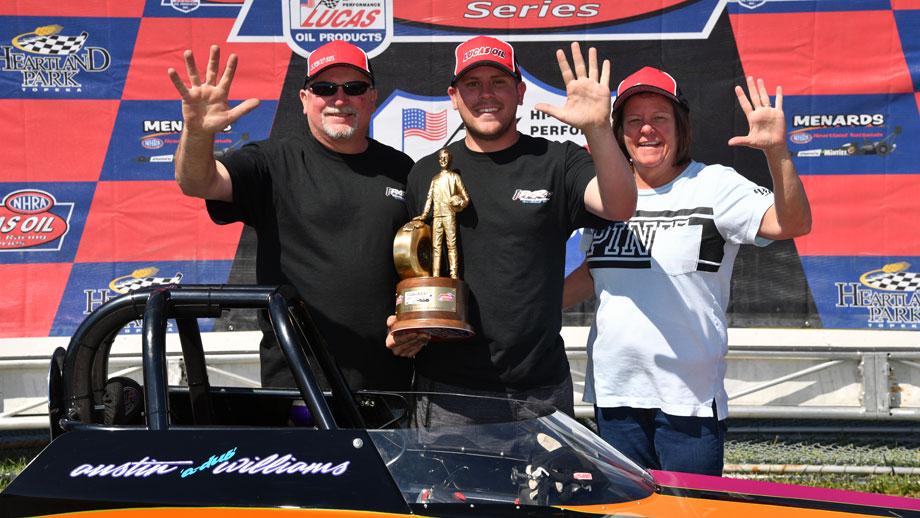 For a racer who has won two NHRA national championships and has scored seven Top 10 finishes combined in Stock and Super Comp during the last four years, you would think Austin Williams is all business when it comes to racing. Surprisingly to some, while he admits to always wanting to do well each year and has winning a JEGS Allstars title and a U.S. Nationals victory on his to-do list, the most important thing for him in his racing career is to fun.

“Racing is fun for me, and I don't want it to become not fun. At that point you're racing for the wrong reasons, and you’re probably going to have the wrong results as well,” said the defending Super Comp national champion. “I’m really competitive, but at the same time it’s a fun weekend with friends rather than it being an event where I need to win in order to be able to eat.”