Potentially even worse was the existential crisis inflicted early in 1957 by two powerful, highly influential organizations. First, the International Association of Chiefs of Police adopted a resolution to discourage cops from endorsing or otherwise supporting hot rodders’ “speed events”; in other words, organized drag meets. The National Safety Council followed with a similar “program recommendation” whose faulty logic concluded, “Since speed violations are so often involved in traffic accidents, the National Safety Council cannot condone speeding even in the name of competition.” As acceptable alternatives, the NSC suggested: “Economy runs, driver clinics and leadership in traffic safety programs are examples of desirable outlets for interest in automobiles and driver ability.” In other words, let’s all get back to the boring, car-club activities for which the National Hot Rod Association was founded in 1951. (Only two years later did NHRA jump onto drag racing’s bandwagon with a trial event at Pomona. Membership boomed. You know the rest.)

Luckily for us all, nitromethane, blowers, and dual engines survived 1957. The sport exploded in popularity and gradually gained public acceptance. Not least of the reasons why was the emergence of a primitive rail job driven by someone so little known that neither Drag News nor the driver’s sponsors seemed to know his name in early photo captions, settling for “Don’s Speed Shop.” Whoever he was, this Easterner dared challenge the national supremacy enjoyed by open-wheeled California racers since Santa Ana Drags opened for business in 1950. Naturally, they hated this Garlits guy they’d never seen. Ed Iskenderian gleefully fueled their fire with continuous “hero” ads boasting dubious “world-record” runs in far-off Florida.

Because the biweekly Drag News was the sole independent source covering our young sport in 1957, a personal collection of the fragile tabloid is our main source of documentation. (Surviving copies are hard to find, though WDIFL.com sells CDs containing individual-page scans of every 1955-71 edition. Reproduction quality varies with the source material, but almost everything is legible.) We’re also sharing a couple of late-season ads that ran in mighty Hot Rod, magazine which always dwarfed Drag News in circulation and revenue. In future installments, we’ll be adding highlights from other independent newspapers and magazines in existence between 1959 (the original Drag Racer magazine) and the mid-’60s’ “golden age” of drag-racing publishing, when a dozen titles fought for space in stores and our bathrooms. Join us next time for the 1958 season, on paper. 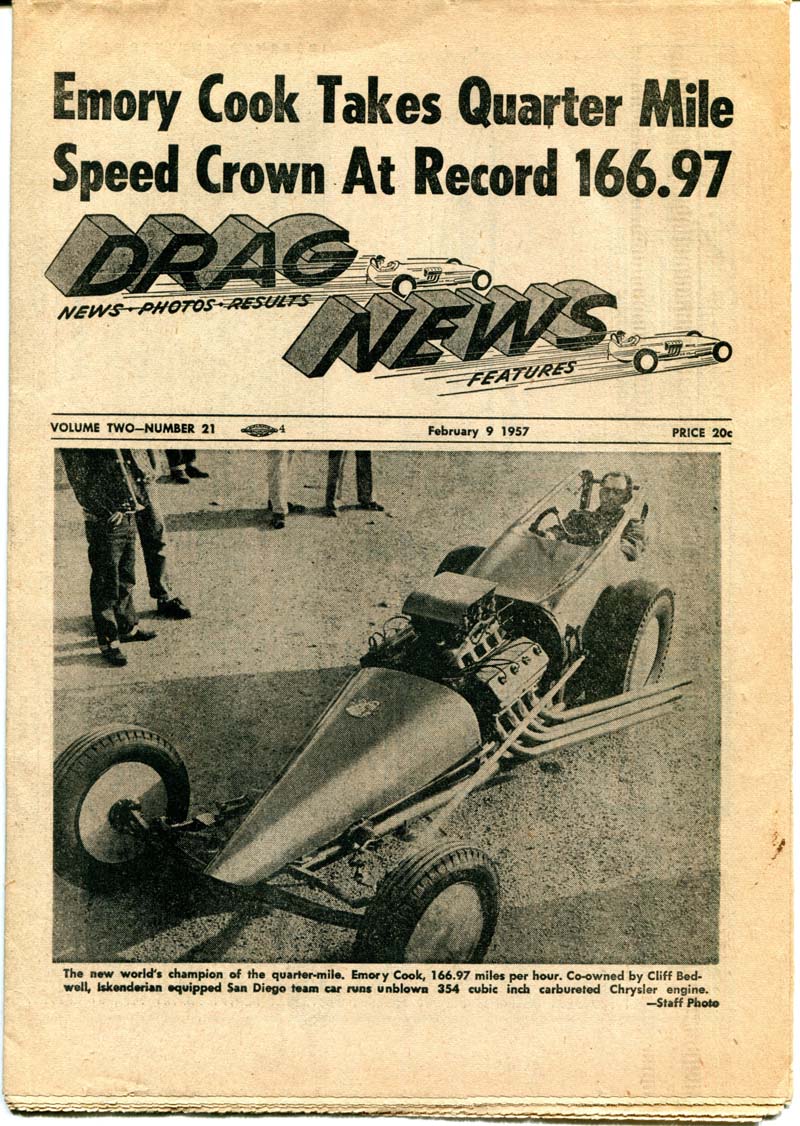 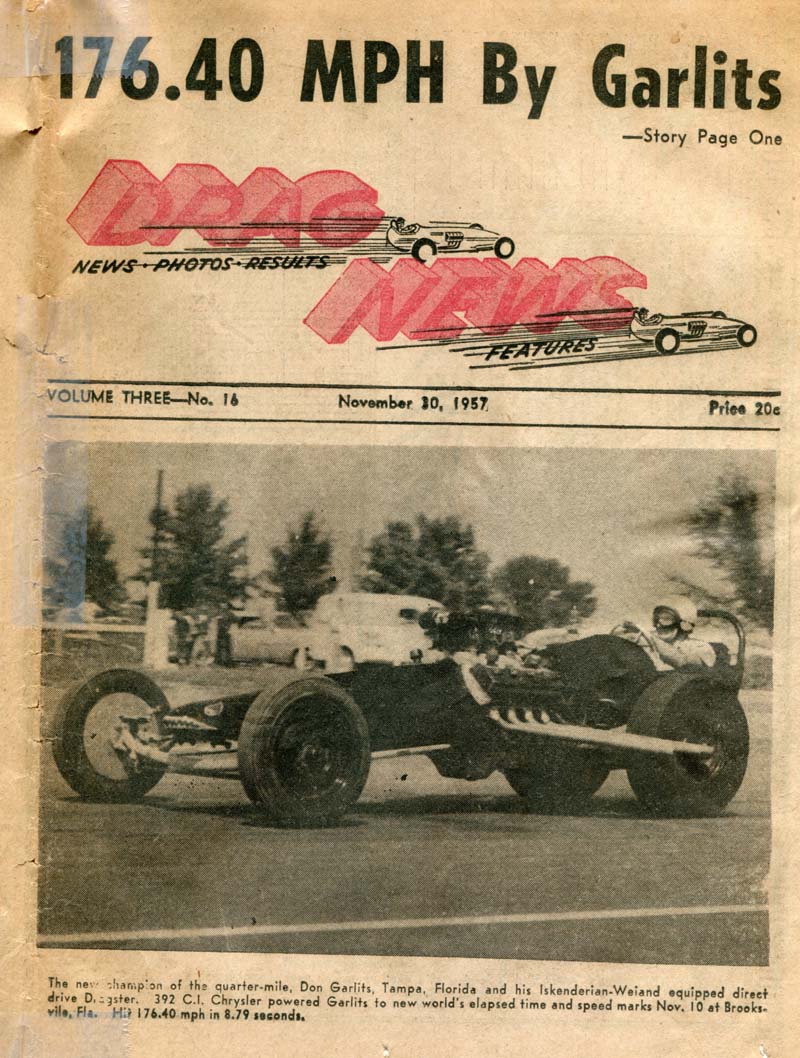