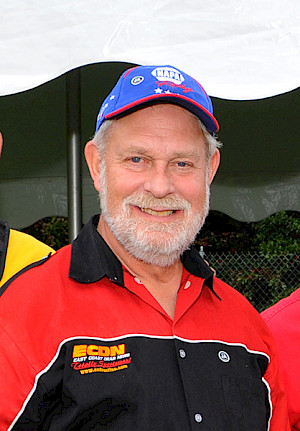 The drag racing community has lost an iconic voice for the sport.

Dave Bishop, an iconic drag racing photographer, passed away on January 12, 2021. He was a contributor to many drag racing publications, either as a photographer or writer. However, his proclamation of Charles Carpenter's nitrous-injected shoebox as the "World's Fastest '55 Chevy," which is largely credited for creating a groundswell of media attention, would lead to the Pro Modified movement.

Days after Bishop's passing, his friends and members of the drag racing community are trying to come to grips with the passing of the talented photographer who was a champion for the sportsman racer.

Greg Burrow, one of Bishop's closest friends, said the two met while attending High Point University classes back in 1967.

"We had a class together, and we were assigned seats in alphabetical order, and he sat right in front of me, and he had all these drag racing T-shirts he wore to school, and I said, 'Man, I got to find out who this guy is," Burrow recalled. "I did, and we became best friends and have been best friends ever since."

Bishop used his camera and gift of gab to share his passion for Drag Racing. The latter opened many doors for him, befriending lesser-known drag racers or a drag strip gate operator who requested his non-existent credentials.

"His claim to fame, when we started going to Rockingham when we were in college, was, 'Well, I didn't have any money," Burrow recalled. "So David would go to Rockingham and go to the fence in the back, climb over the fence. And he'd make me go pay so we could split it up.

"The first time we went to the Little Guy Nationals in Suffolk, Virginia, when he had just started Competition Photos; we had the van with all the logos on it. So he pulled up to the gate and he told the guy he was with Super Stock & Drag Illustrated. And the guy said, 'What about this other guy?"

"Well, he's with them too," Dave responded.

Burrow said he could only look in admiration as Bishop talked his way into the event.

"I was going to the IHRA races, and we were side by side in the photo areas," McGee recalled. "He was a very friendly guy. Here's this new kid showing up. So he recognized that I'd had stuff published, so there was mutual respect.

"I think he probably was the first or second person who called me to congratulate me getting hired by the IHRA and asked, 'What can I do to help?"

Bishop wrote a column for Drag Review showcasing the sportsman drag racers, who got very little if any ink.

"He would write about the sportsman racers mostly, because he knew that the pros were going to get their attention in a lot of places," McGee said. "Dave went out of his way to put the spotlight on the little guy racers who were then and are today the backbone of the sport."

Bishop did have time on the track as he raced a two-door 1959 Chevrolet, with a three-speed 283 two-barrel car in Junior Stock. 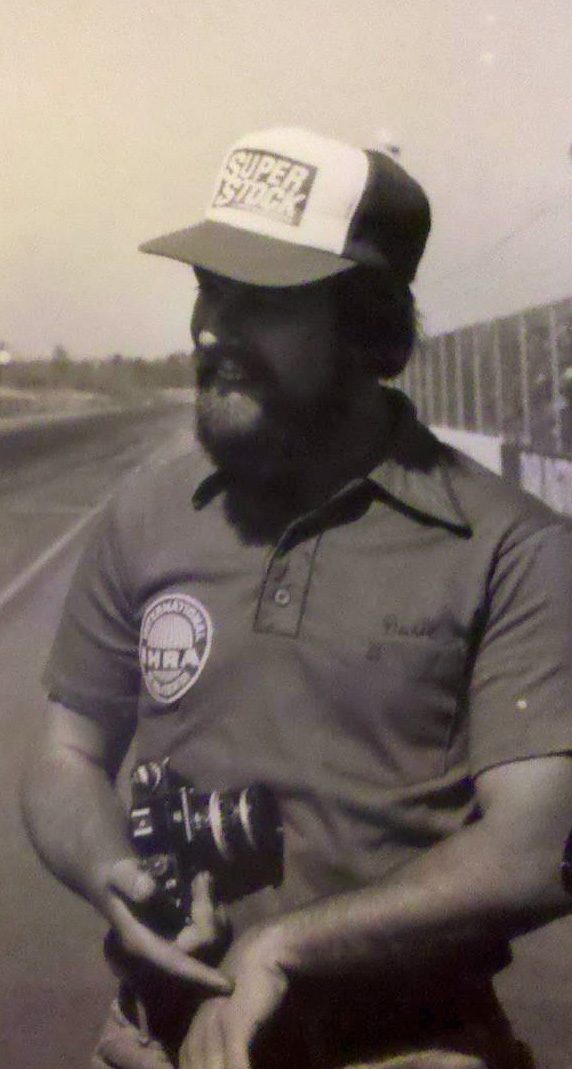 "He was up to his elbows involved in racing at the sportsman level," McGee said. "He knew all those guys and gals, and he appreciated them, and he knew that they had a story to tell just like the guys with big tractor-trailers and the big sponsors did."

It wasn't always the underdog drag racer he pulled for and supported. Bishop befriended a 19-year old freelancer wannabee back in 1987 and was instrumental in helping the kid in his vision of owning a drag racing magazine. He worked for the kid pro bono, showing him the ropes of the industry, reinforcing the belief one day he was going to be good for the industry.

It's been 33 years since Bishop met Competitionplus.com founder Bobby Bennett and mentored him on the sport and life.

"I fully believe God allows us to cross paths with those who are indeed angels," Bennett said. "Dave Bishop was a true angel when I needed one. He could have just pushed me aside, but he never did. He took pride in steering me in the right direction. My heart is broken today because he's gone. However, my heart is also richer for having had him as a friend and mentor."

Bishop was also a people person, regardless of the situation.

"I remember being at Rockingham one time, this is before we ever got into doing anything photography-wise, and some guy got drunk and went in there and tried to steal a wheel off of Don Nicholson's car, and the cops were over there trying to get it all sorted out," Burrow recalled. "And I looked, David was right in the middle of it, talking to every one of them."

As McGee sees it, drag racing lost more than a person who worked in drag racing.

"Dave Bishop was one of the friendliest, best-hearted people I think I ever met," McGee said. "I don't know very many people who loved drag racing as much as he did just. I mean, just thoroughly enjoyed the sport and loved being a part of it. And he was just a joy to be around.

"This sport has lost one of its greatest ambassadors."