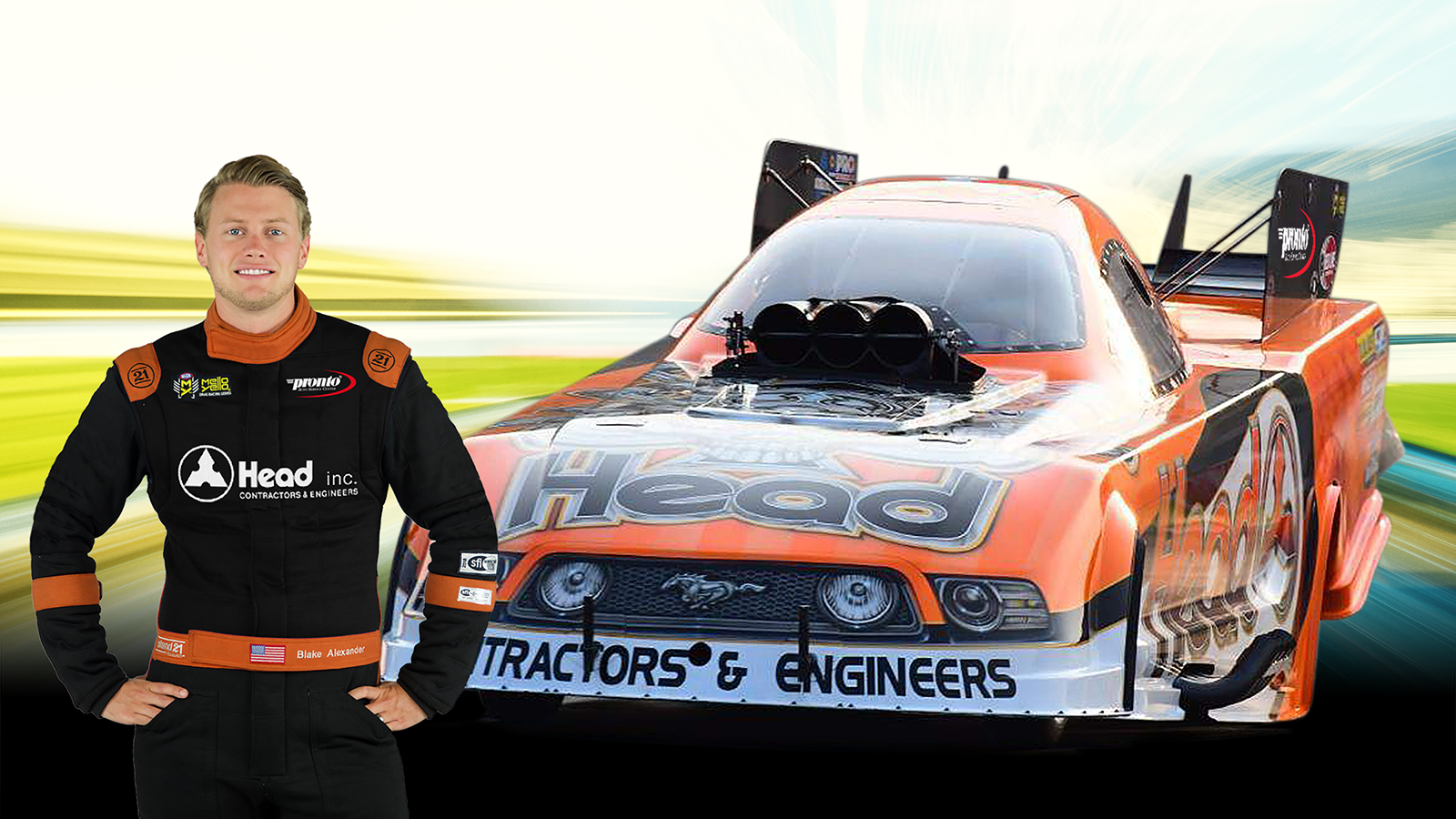 “Jim called me while I was on vacation with my wife’s family at the beach and asked if I could drive in Bristol,” Alexander said. “I moved around some plans since I was supposed to be in Manhattan to meet with my friend from Parts Authority, Blake Buller. We are now linking up in August and I’ll be driving for Jim’s team in Bristol.”

Alexander, who owns and drives the Pronto Auto Service Centers Ford Mustang Funny Car tuned by Dan Wilkerson, has attended five races this season after purchasing his own Funny Car operation. He last raced at Bristol in 2013, charging to a semifinal finish.

“Bristol is an exciting race for me because I had some success here early in my professional career,” said Alexander, who grew up a couple hours away from Bristol Dragway in the Roanoke, Va. area. “Plus, I used to race Jr. Dragsters here, so it’s definitely a track I enjoy coming back to whenever I get the opportunity.”

After Bristol, Alexander will return to his own car for the Summit Racing Equipment NHRA Nationals in Norwalk, Ohio. Lindberg, who is in Sweden to complete steps towards U.S. citizenship, is expected to continue driving the Head Contractors entry at Norwalk.

“I am excited for the opportunity to learn from Jim Head and his group and apply the knowledge that will be gained this weekend in Norwalk when I get back in my Pronto Auto Service Centers Shelby Mustang,” Alexander said.