BIRT THUNDERS TO EARLY LEAD IN LIGHTS OUT 11 QUALIFYING 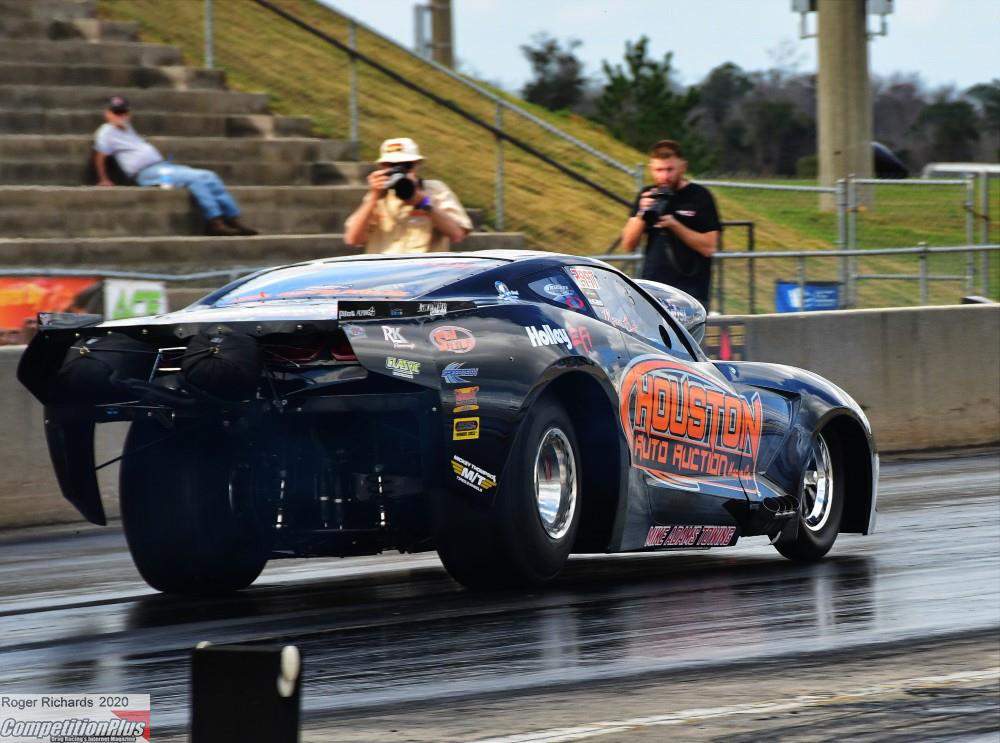 Radial vs. The World racer Marcus Birt has quickly made a name for himself as one of the premier competitors using nitrous oxide as his power adder of choice.

Birt, of Gray, Ga., lived up to his reputation by driving his late-model Corvette to the top of the 32-car field in provisional qualifying at the Lights Out 11 event in Valdosta, Ga., stopping the timers with a 3.625-second elapsed time, at 204.26 miles per hour.

Birt was the quickest of 53 drivers who made qualifying attempts in Wednesday's lone session. He was busy in the pits following the run.

"Yeah, I got grill duties for some reason," Birt said with a smile, as he flipped and barbequed chicken. "None of the wives came, so I have to be the cook. I don't know if the team's going to like it or not, but I'm cooking it."

Inside the car, the crew liked the outcome as Birt drove his car on target of what they hoped it would.

"We tried to go out there and run a middle 60, 65, 67 and just everything came around," Birt explained. "We are definitely happy with the run, for sure."

As impressive as Wednesday's run was, Birt doesn't expect the provisional No. 1 to hold for long.

"I think Friday night that run will probably be nine or 10, somewhere in that area," Birt admitted. "I definitely think it may stay six, seven, eight. But I think it'll be ninth or 10th run, to be honest with you. I think there'd be some middle 50s run when the air gets right for Friday."

When Friday rolls around, Birt believes his car has more left in it.

"I think we do," Birt said. "I think we can improve. I think if the air gets right, you know, I think we can run a middle 50 for sure. I just want to be smart, make rounds and try to get to the end and then stand on it."

Birt's car is tuned by radial superstar Stevie "Fast" Jackson, who like his driver, believes the best in qualifying is yet to come.

"Neither one of these cars have run as fast as they're going to run, and we've got blower air coming in Friday," Jackson explained. "Billy's [Stocklin, Jackson's crew chief] in there smiling like a Cheshire cat.

"He said, 'You had fun tonight with all this water [grains in the air], but it's going to be cold on Friday." He said it's screw charger air out here."

Keep up with this weekend's action from Lights Out 11 drag radial event by CLICKING THIS LINK - https://t.co/ekFrDFzAkW #DragRacingNews #LightsOut11 #DragRadial pic.twitter.com/jswO7plf28