UPDATE - In a post on their Facebook page, Wyatt Spann, the kid who inspired #burnoutsforwyatt, passed away on Thursday, January 16, 2020, at  7:17 PM. We at CompetitionPlus.com extend our deepest condolences to the Spann Family, on their loss of a truly incredible child. 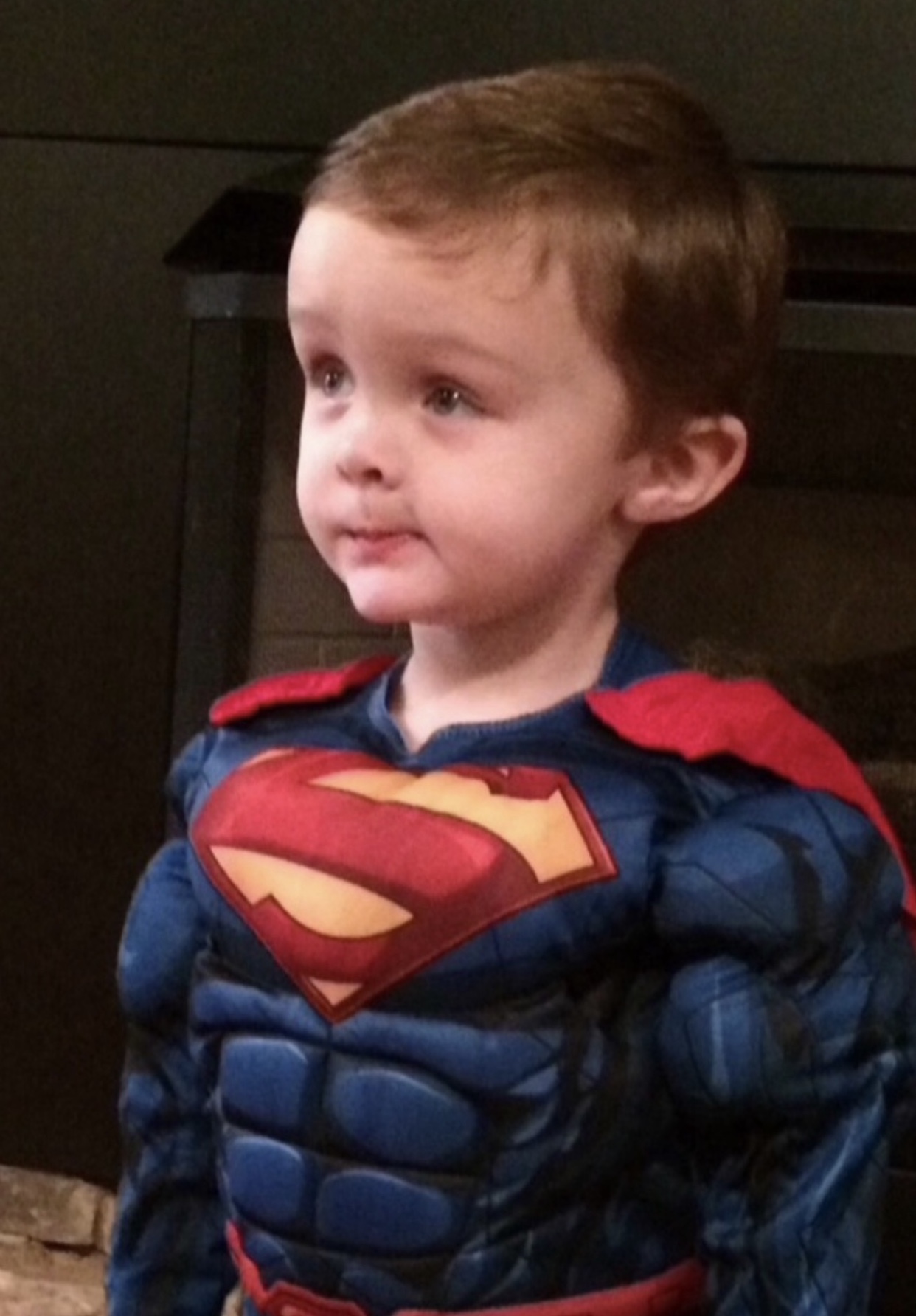 Four-year-old Wyatt Spann of Winfield, Alabama, is battling brain cancer. He’s a little guy who loves cars and only wants to play. But nature has dealt him a cruel hand in life, and as of January 16, 2020, he’s doing the best he can. Racers worldwide are currently rallying to his cause, in support of Wyatt.

His plight became known on social media on Friday, January 10, 2020, Josh Colburn of Alabama started the social media page #burnoutsforwyatt. In his words, “I launched that hash-tag posting in hopes it would help take the family’s mind off the bad that’s going on. I wanted them to know that they had tons of support behind them.”

Colburn came up with the idea to post something on Facebook to help draw attention to the Spann family and their struggle with cancer, which had taken over Wyatt’s life.

Colburn was trying to make a difference in the life of the Spann family and help a young man dying of cancer. Wyatt is a mini car buff, like his dad, Greg, and Wyatt loves burnouts and cool cars. So Josh got the idea to post a public group page on the social media giant’s platform with hopes of attracting the attention of lots of racers who could not only entertain Wyatt with neat photos but help distract the little boy and his parents from the ravages of a deadly disease in progress.

The page began on Friday the 10th and within 48 hours, NASCAR Cup Series racer Joey Logano posted a wild video of him drifting with billowing tire smoke along a short course at the wheel of a hot-rod. The next day, drag radial tire racing stand-out Lyle Barnett, of Robbins NC, posted a short video of him doing a stout burnout in a local parking lot. Courtney Force posted a photo on the related Instagram page, and by Monday, the flood gates were open, and over 40,000 people had signed on to contribute.

Wyatt fell ill on December 18, 2018, and began throwing up for no apparent reason. His parents, Greg and Christy Spann took him to the hospital to get things checked out. After an initial exam, nothing seemed too out of the ordinary, and they began the routine exit procedure. That’s when the alert attending physician noticed something amiss: Wyatt’s right eye suddenly just turned in towards his nose as an involuntary movement.

The astonished physician ordered the appropriate tests immediately. When the results came back, it was the stuff nightmares are made of: Wyatt was diagnosed with having a Medulloblastoma, cancer of the brain stem. Greg and Christy were told they may have days to weeks left with their precious son. That’s when their whole world went into a tailspin. 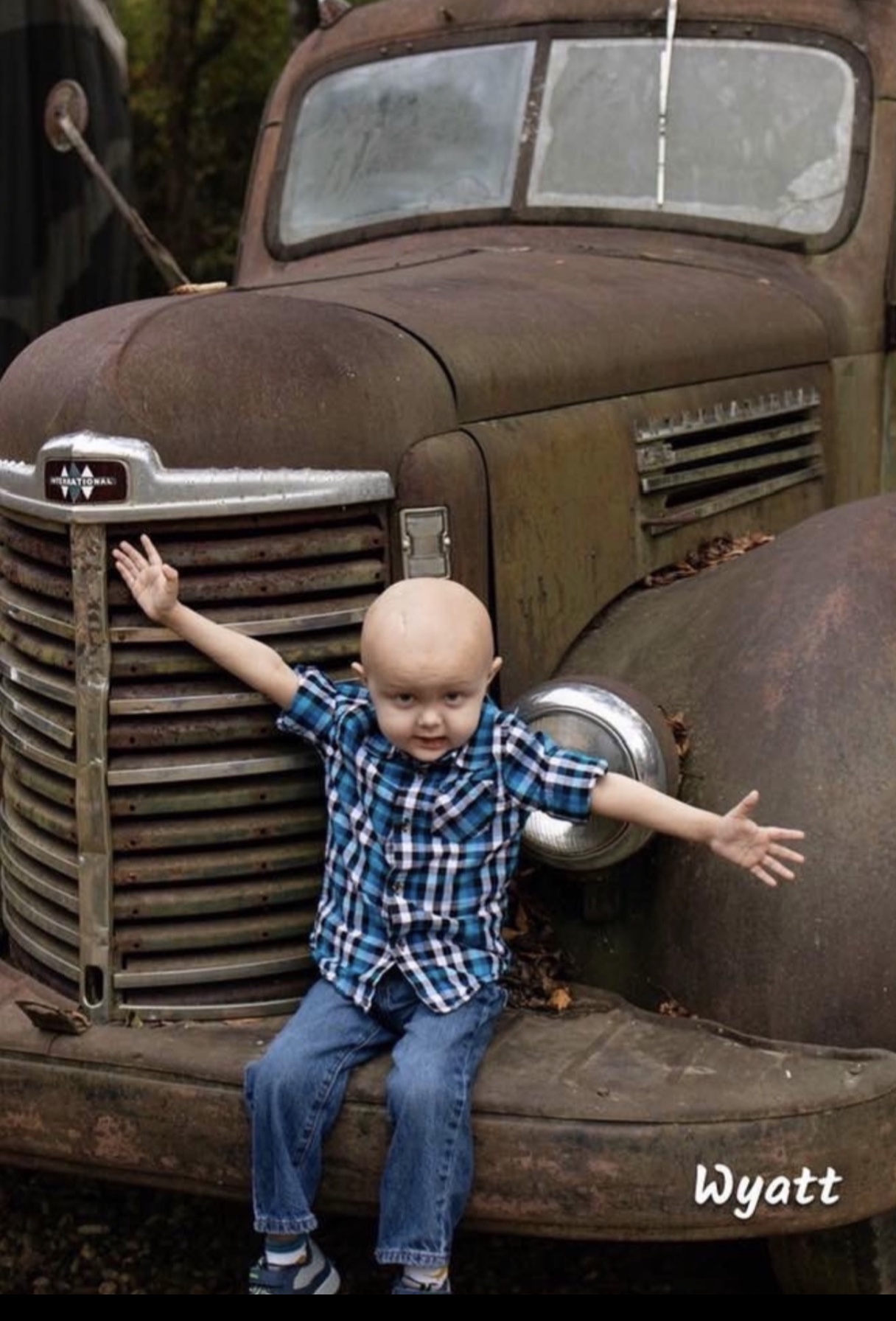 Initially given days-to-weeks to live, Wyatt has bravely battled for a year showcasing his fighting spirit. Like his parents, he is fighting the good fight with the help of a determined medical community.

For the Spann family, all of 2019 was just a blur. Countless trips to various hospitals, surgeries, seven horrendous gut-wrenching rounds of chemotherapy. How many trips they made to see multiple doctors or the local pharmacy for prescriptions is not known. But what is known for all the bad that happened that year, there was some measure of comfort the family received thanks to the help of complete strangers who stepped up to help.

Josh Colburn, who met the Spann family while involved doing charity work, pitched in and helped organize the “Ridez for A Reason,” a motorcycle run from Barber Motorsports Park in Alabama to Children’s Hospital in Birmingham Ala., with over 500 documented entries, to support the Spann family. The Facebook page #burnoutsforwyatt followed.

When the page published initially, Wyatt did get to see some of the cool burnout photos and videos. But sick as he is, he spent much of that weekend sleeping. During the quiet moments, Greg took notice of what was happening on social media, and it’s had a tremendous impact on him.

“It’s such an honor to know the whole world knows my son,” Greg said. “TV people, NASCAR drivers, even NHRA racers have sent videos of them doing burnouts for Wyatt. They are building a legacy for him around the world.”

The outpouring of support is a bright spot in all the darkness they have endured.

“From birth we took him to races, he loved watching NASCAR,” Greg explained. “At night he’d use his momma’s phone and show me cool cars for sale. He’s always been around cars, going to car shows, that kind of thing.”

Loving cars came naturally for Wyatt. Support for Wyatt did too.

As of Thursday morning, January 16, 2020, Wyatt is being kept comfortable as best as can be under the most difficult of circumstances. His parents are at his side, doing the best they can. At last count, there were 81,562 members to the #burnoutsforwyatt page, and hundreds of racers and well-wishers worldwide are preparing to burn rubber this weekend to help the Spanns smile, even if only for a moment.

For the parents, it’s comforting to know someone cares.