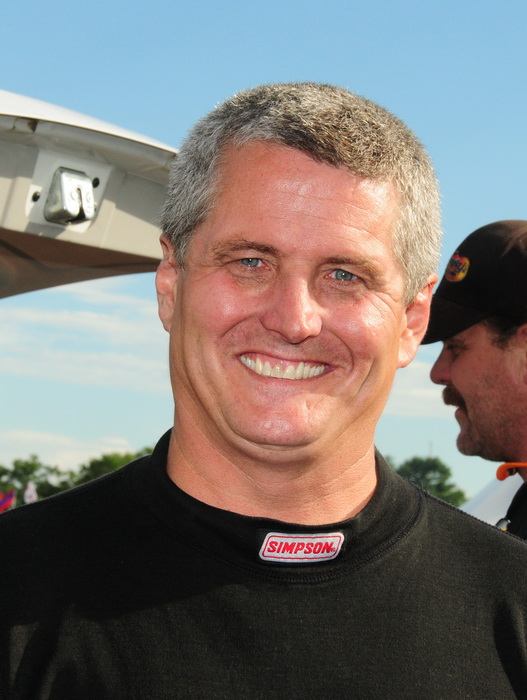 It is often said that drag racing is a fraternity.

It is a unique brotherhood of racers, crews, and fans that is unlike any other sport on the planet.

So when one of their own is in trouble, you can expect the entire pit area to respond. And respond they have.

NHRA drag racers and fans have responded in a big way to help fellow racer Dom Lagana as he struggles in an Indianapolis hospital recovering from life-threatening injuries resulting from an auto accident that also seriously injured Top Fuel racer Richie Crampton and crew member Jake Sanders. Crampton continues to recuperate from multiple injuries, and Sanders was treated and released following the late-night crash in August.

Anywhere you went in the pits at Lucas Oil Raceway you saw fans, racers and crew members donning shirts with the “Lagana Strong” moniker in support of the Lagana family, as well as New York Yankees baseball caps like the one Dom Lagana is fond of wearing. Many of the race teams also have Lagana Strong stickers on their cars and Steve Torrence, with whom Bobby and Dom Lagana serve as crew members, ran a Nitro Ninja tribute scheme this past weekend at the U.S. Nationals replicating the look of the Lagana family dragster.

And one of the people that knows Dom Lagana, and his older brother Bobby Lagana, as well as anyone in the pit area is veteran racer Dale Creasy Jr.

Creasy and the Lagana family go way back to their time in IHRA where Creasy and Bobby Lagana spent time winning races in Funny Car and Top Fuel respectively in the former B series. In fact, Creasy and the elder Lagana won their first races with the IHRA on the same weekend, with Dom helping tune his brother's car.

“Those two guys, I think they are probably two of the nicest guys you will ever meet. Even if you are racing against them, they will help you,” Creasy said. “I’ve been friends with them my entire life. I won my first race in IHRA at Grand Bend and Bobby won his first race right behind me. So we’ve had things going together for a long time.

“The outpouring of help - the shirts, the donations - it has been tremendous and they need it. They deserve the help.”

And Creasy knows all too well what it is like to need the support of the racing community. Creasy had his own brush with a serious injury in 2008 in Edmonton, Alberta, when a catastrophic parts failure in the driveline of his Funny Car severely damaged his legs as they became entangled in the wreckage. Creasy suffered broken bones in his right foot and his left leg suffered a crushed shin and a compound fracture that left him out of the sport for months recuperating.

Travel back with us to this 2009 story where Dale Creasy Jr. returned from a devastating accident which could have left him crippled for life. #DragRacingNews - https://t.co/HMWdLn9NG7 pic.twitter.com/BdFgBN9SNF 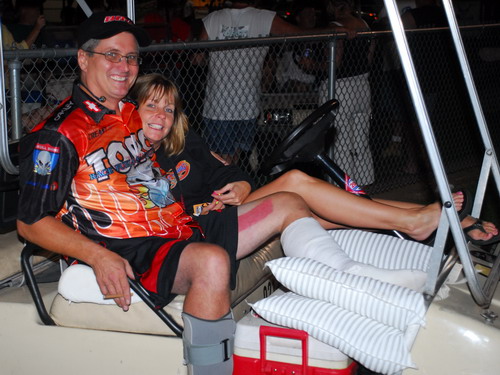 Following the accident, the entire racing community responded and helped Creasy get back on the mend. But Creasy is quick to point out that, while he is grateful for the outpouring of support he received more than a decade ago, injured limbs can heal, but it is a more delicate road for Lagana.

“We put that big Lagana sticker on our car and I had several people ask about my injury and what I went through. I said yeah, but not like this,” Creasy said. “This is a whole different ball game. The injuries to your limbs, that is recoverable. It is the head injury that has everybody worried. Being such a nice guy, when he does come around, he is going to be mad at all of this attention. That is just Dom.”

The injury to Lagana, suffered following the third race in Indianapolis four weeks ago, left Creasy considering not even making the trip to the U.S. Nationals this weekend. But if there is one thing Dom would want, it is for racers to do what they love to do.

“I almost didn’t come to the U.S. Nationals because it didn’t feel right. Bobby texted me and said he would want you here, so here I am,” Creasy said. “It’s not that I didn’t want to come, it is just that feeling you get when you see the car and you know he isn’t here. I just want to go out and do something good in his name.”

And do something good he did.

Creasy earned his first round win since 2012 at the DENSO Spark Plugs U.S. Nationals, besting top qualifier Tommy Johnson Jr. in round one. Creasy lost one round later to event runner-up JR Todd.