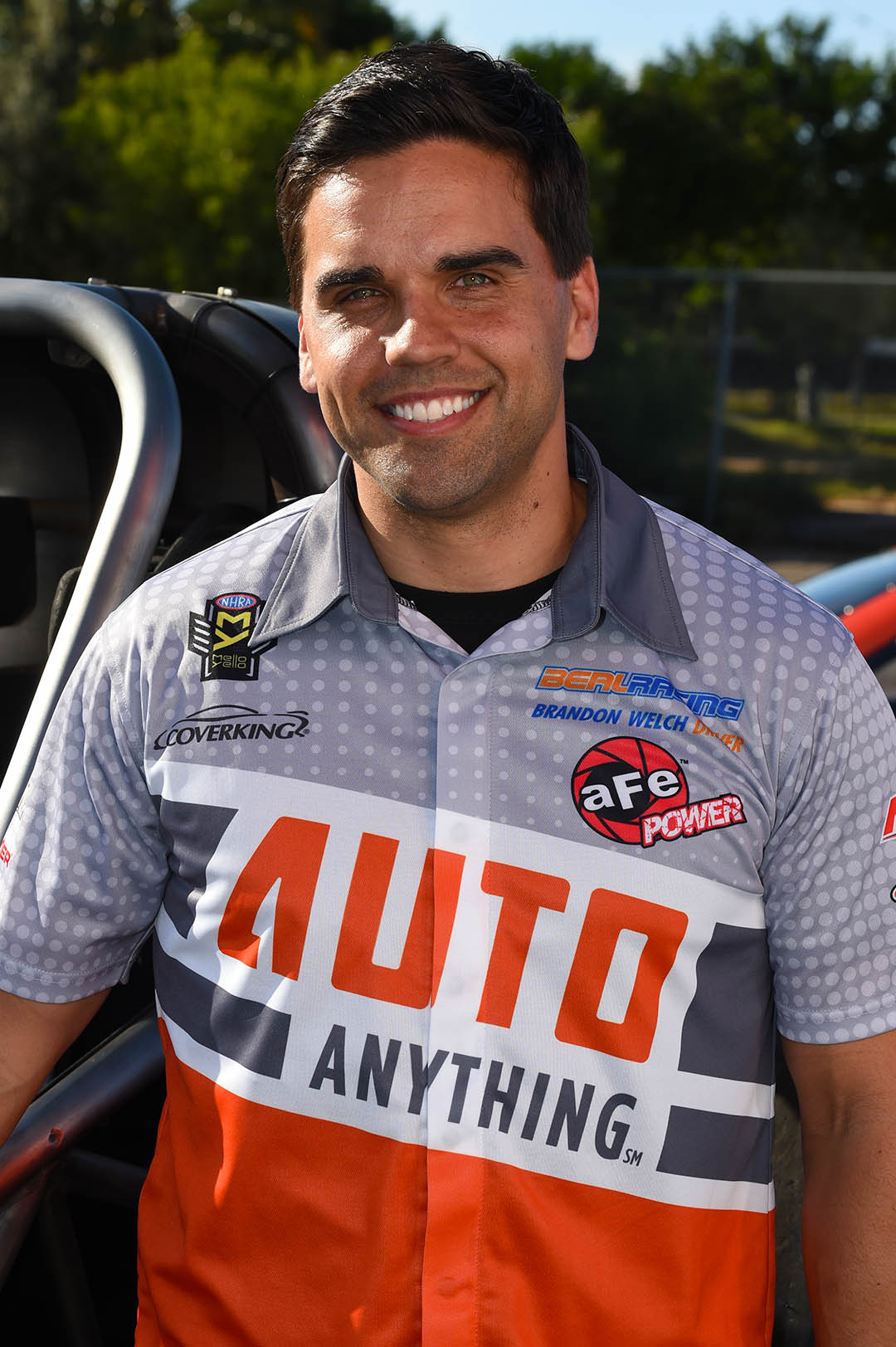 The new era of Chuck Beal Racing began on a slag- and grease-caked warehouse floor in San Diego and will blossom into reality on track at The Strip at Las Vegas Motor Speedway next Friday.

This version, carefully crafted by cousins Brandon Welch and Tyson Porlas, will feature a Top Fuel dragster rather than a Funny Car.

Welch and Porlas worked on the Funny Cars that their late grandfather Beal, a West Coast pioneer of the sport, used to race. Welch took over the seat with backing from AutoAnything in the fall of 2015, but after Beal’s passing in July 2017, the cousins decided for various reasons to co-own a dragster.

They took delivery of a Kalitta Motorsports-built chassis, secured the help of veteran crew chief Scott Graham, and are ready to put Welch in the seat to earn his Top Fuel license. He’ll go through his paces Nov. 4, the Monday following the upcoming Dodge Nationals at Las Vegas.

Pat Dakin, who has teamed for years with Graham to operate his Dayton, Ohio-based Commercial Metal Fabrications Dragster at selected races throughout the season, will drive Welch’s new car and help sort it out in qualifying at the national event.

“The purpose for the qualifying runs is to get that car running as reliably as possible so that when I do my three runs on Monday, it’s all the runs I need to get the license,” Welch said.

“To qualify would be fun. It’d be great. I think it’s completely possible, especially if there’s 18 cars on the property – if we can get this car to run like Pat’s car runs,” he said.

So fans and fellow competitors will see at least a couple of planned shut-offs from Dakin at Las Vegas.

He said, “We told our crew chief, Scott Graham, that we wanted to plumb and set up the car exactly how his other car, with Pat, is set up. He’s working on his other car. You put all those parts on the car, and you’ve got to make sure   everything’s going to work. If one timer doesn’t work right, the tune-up goes lean and blows up. You’ve got to take your time and do it step by step.

“We’ll go out there and probably make a couple 300- or 400-foot runs and just make sure all of the timers are working and everything’s going right and doing what it’s supposed to do. And then try to push it to the finish line once before the weekend’s over so that we know that it will go. Then I’ll be ready to license on Monday,” Welch said.

With rookie Justin Ashley returning to action after a semifinal debut at Charlotte, Jim Maroney rolling out his own new dragster, and retirement-bound Cory McClenathan also joining the customary mix, the car count for the Dodge Nationals has grown to 18.

Welch said, “For us, that $7,500 17th or 18th [-place] money would be just fine. We don’t have to qualify. That’s not the objective of the weekend. I’m funding this weekend because it’s a licensing weekend. So I’ve got no sponsor to answer to. We’re going to see how the car runs.” 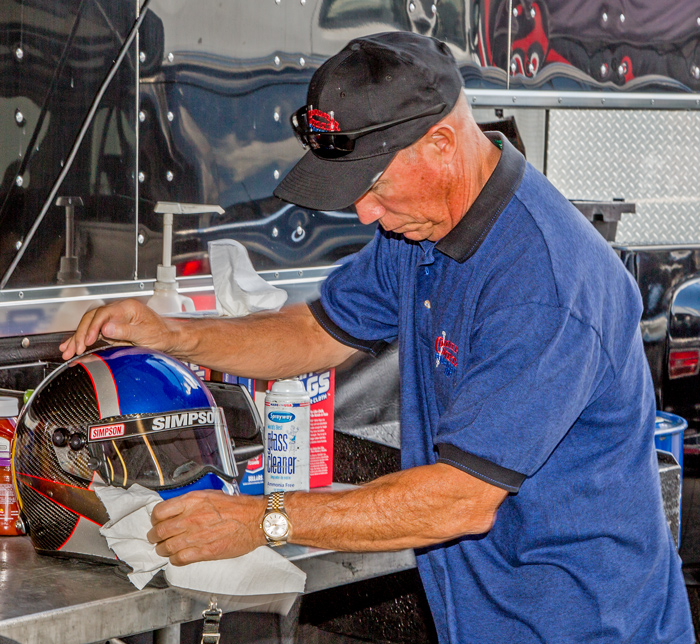 Graham knows how to coax elapsed times in the 3.70-second range from the dragster Dakin usually drives. Welch knows that’s a consistent 3.70 tune-up , and he said “I wouldn’t expect that” for his own untested car.

“We’d like to get this car to run a 3.80-3.90 without trying. That’s enough to earn a Top Fuel license. We can turn the screws up at the first race we enter.”

If all goes well, that could be the Feb. 6-9 Lucas Oil NHRA Winternationals presented by ProtectTheHarvest.com at Pomona, Calif.

“We had so much fun with the AutoAnything car, because we got to run places like Norwalk, Ohio, and Chicago and place I’d never been in my life. You see the fans in all those areas and how rabid they are, and the different facilities are so cool. So we’ll go everywhere we can,” he said. “It works out logistically well with Pat being in Ohio and Scott tuning that car mostly East of the Mississippi. We have plenty of races out West. Scott’s a Southern California guy, so to give him an opportunity to race out here near family and friends is something he really likes, too. With two Vegas [races], two [at] Pomona, Phoenix, and the Western Swing, you’ve got plenty of races to be dangerous.”

The test session next Monday will mark the firs time Welch has been in a race car since the 2018 Winternationals. He marveled that “it has been almost two years” and said, “This whole Top Fuel idea started as an idea when we were running that Winternationals with the tribute [to Beal] wrap on the Funny Car. There are a lot of things that happened to put it together. It has been many, many months and hours and late nights, weekends in the shop. We have a good race car now, so it should be fun to get it out there and shake it down.”

Welch’s job away from racing is Senior Vice President of Capital Markets for The Parking REIT, Inc., which has built a portfolio of parking facilities across the U.S. and Canada. That brings him to Las Vegas twice a month for a couple of days each visit. So the father of three daughters, preschool twins and a baby with wife Kathryn, will be in his “second home” as he works to step up to the sport’s headliner class.

“It’s a little bit different world,” Welch said of his 9-to-5 job. “We deal in tens of millions of dollars, so it’s good practice for when I have to ask for a big check from a sponsor.”

He’s working on that. So far he has not secured a marketing partner or partners for 2020.

He’ll have to do that for only a few more days.