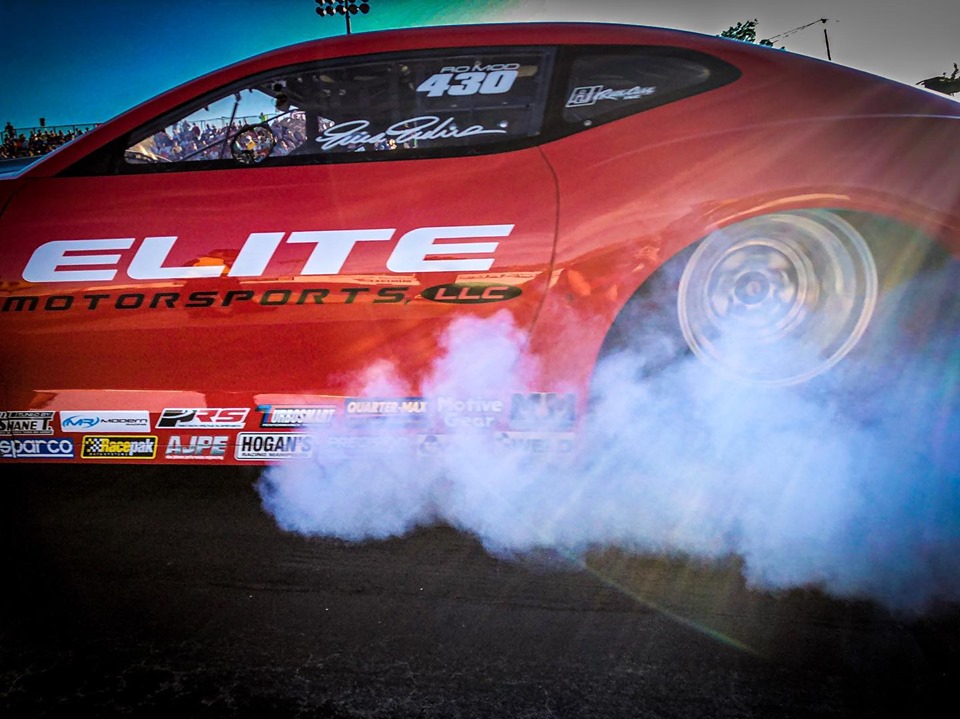 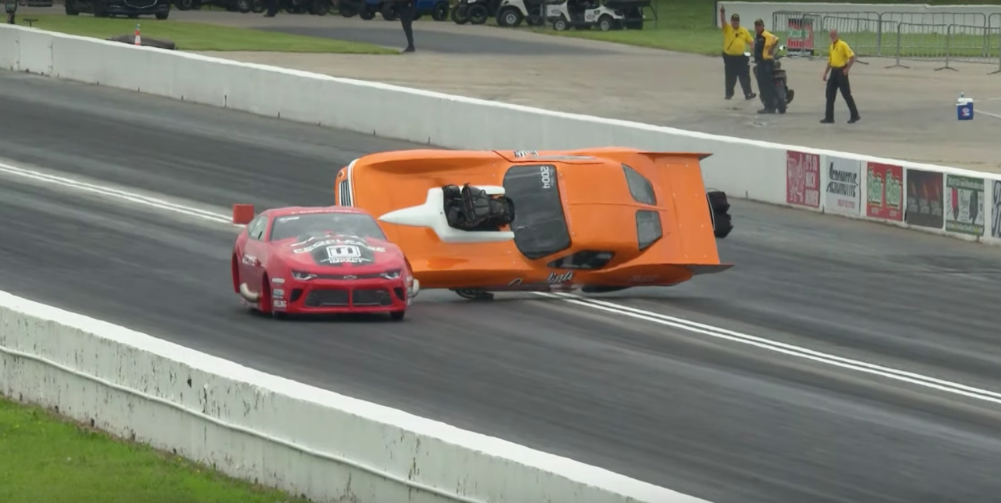 Thank goodness for the full pull. A strong run for Pro Stock veteran turned Pro Modified racer Erica Enders is what prevented her from being a fifth driver to crash during one of the most destruction elimination rounds in Pro Modified history at the NHRA Heartland Nationals.

In the opening round of competition, Enders opponent Jeremy Ray lost control of his Corvette at half-track, eventually flipping and impacting the wall. He exited the car under his own power and was transported to a local hospital for further evaluation.

Enders, who witnessed Ray’s initial struggles, continued across the finish line with a winning 5.808 elapsed time at 258.57 mph.

“He’s a blower car and I was a little behind at the start of the race, but as my boost starting rolling in, I got up next to him and could see him out of my peripheral vision,” Enders said. “I saw the right corner of his car turn, and I could see him come across. Fortunately, I was on a good run.”

Enders said she remained focused on the task at hand, and tried to steer clear of the mayhem as she raced to the victory.

“Right at half-track, you’re going almost 210 mph, and it’s a hairy ride when all goes well. To still try to focus on what you’re doing and know the other car is in trouble, it’s definitely interesting,” Enders said. “It all happened really fast. I’ve not seen that happen beside me before. All kinds of things could have happened, but I’m just thankful Jeremy, Todd, Steven, and Alex are all okay.”

The E3 Spark Plugs NHRA Pro Mod Drag Racing Series presented by J&A Service this weekend at Bristol Dragway. In total, four cars were damaged in the disastrous Pro Modified round. Todd Tutterow, Steven Whiteley, and Alex Laughlin joined Ray with cars significantly damaged. No significant, if any injuries were reported as a result of the mishaps.