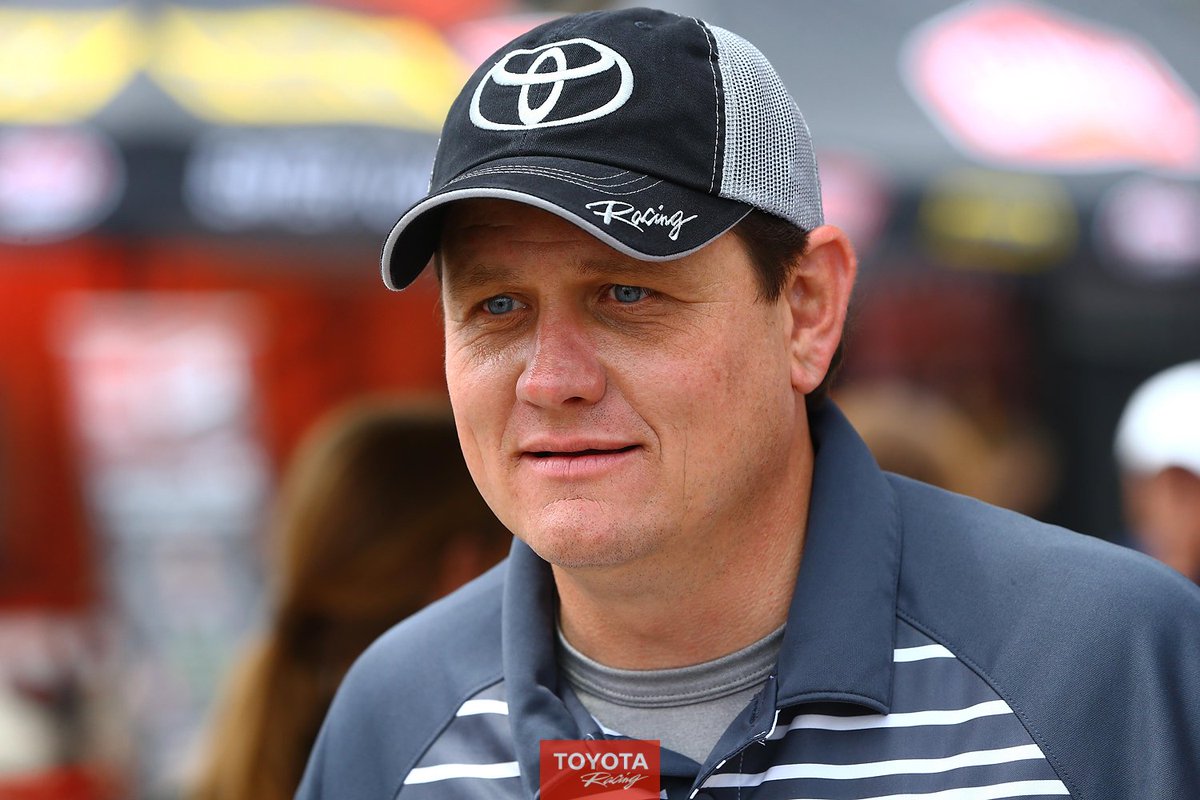 Battling the flu, and filled with the congestion crud, Head miraculously was healed for three seconds at a time on multiple occasions during the Monday Morning Nationals following the NHRA Nevada Nationals in Las Vegas.

Head got a chance to drive a fuel Funny Car.

"It was pretty tough," Head admitted. "It beat the crap out of me, but I'm very fortunate to be able to step in and try to keep the car halfway straight, even though it was a little tough to fit in it. All these really good guys that drive that cut lights and the pressure that's on them. I like the driving part of it, but I guess I would say the pressure part of it, I don't miss."

"I made three runs in a DHL car and three runs in the Global car," Head explained. "Our guys had other commitments at Toyota Motorsports Day, so we were in the process of testing some parts that had to be tested, and so they put the test dummy, and it made six laps.

"Test dummy probably got a C+." 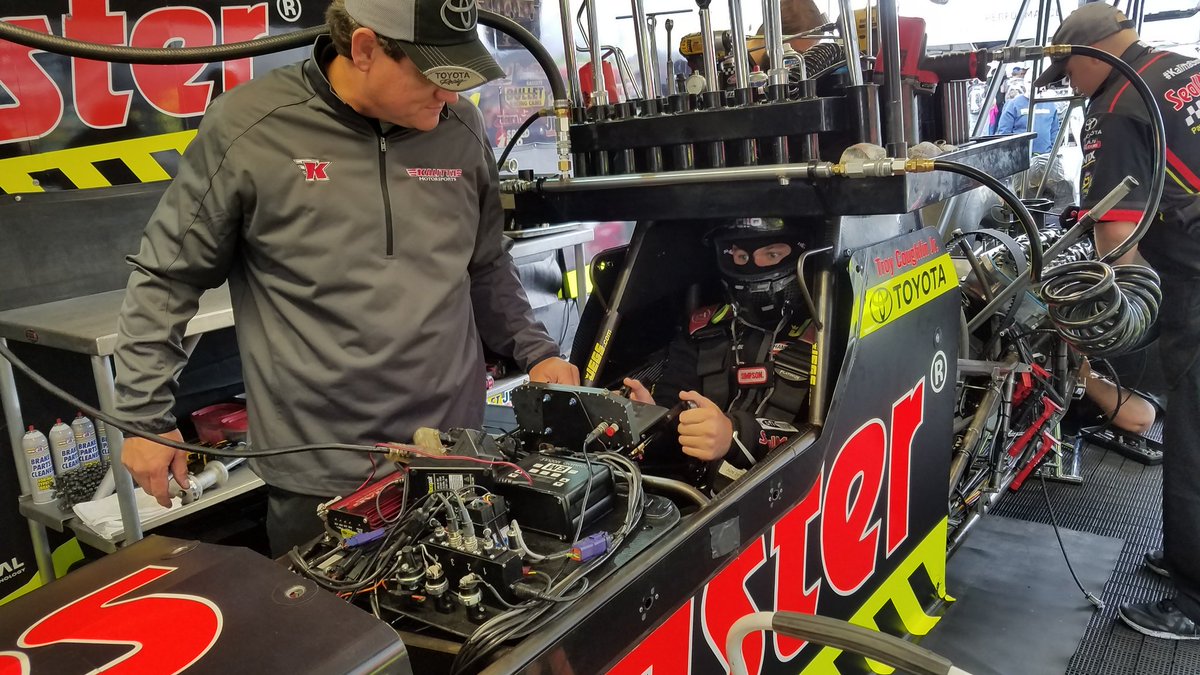 Head is essentially a team manager at Kalitta Racing, an honest-to-goodness MSH (Make Stuff Happen) guy. Whatever needs to happen, he will go to the ends of the earth to make it happen.

"The six runs that we made, it was very beneficial, and it helped us sign our recent sponsorship with NGK," Head admitted.

Head drives every opportunity he can get, and during the week before the U.S. Nationals helped longtime friend Del Worsham by driving the family Funny Car during the World Series of Drag Racing in Cordova, Ill.

"That was kind of a last-minute thing," Head explained. "Del had somebody lined up, they backed out, and I jumped in his car and made a couple of thousand-foot runs, and it was great."

The bottom line, Head misses the thrill of the pull, but the challenge of winning? Not so much.

"I definitely miss the driving part, because it's very challenging to drive," Head said. "But the rest of the pressure as far as having to cut lights and do all those things that the superstars do, I don't miss that at all."

In Head's relatively short career, he recorded 42 round wins and secured two No. 1 qualifiers behind the wheel of the Toyota flopper tuned by his dad Jim Head.

Head is subjected to a different kind of pressure these days, and he loves it.

"It's a great job, and it's really not even a job," Head admitted. "I hate even to call it a job, but to work with Connie [Kalitta] and work for Connie and work with guys like Doug Kalitta and the whole Kalitta Motorsports' operation is really fun. Obviously, this operation didn't happen overnight. There's been a lot of great people that have put this company together over 60 years. And honestly, I'm reaping the benefits of everybody else's hard work over the 60 years to work for a great operation." 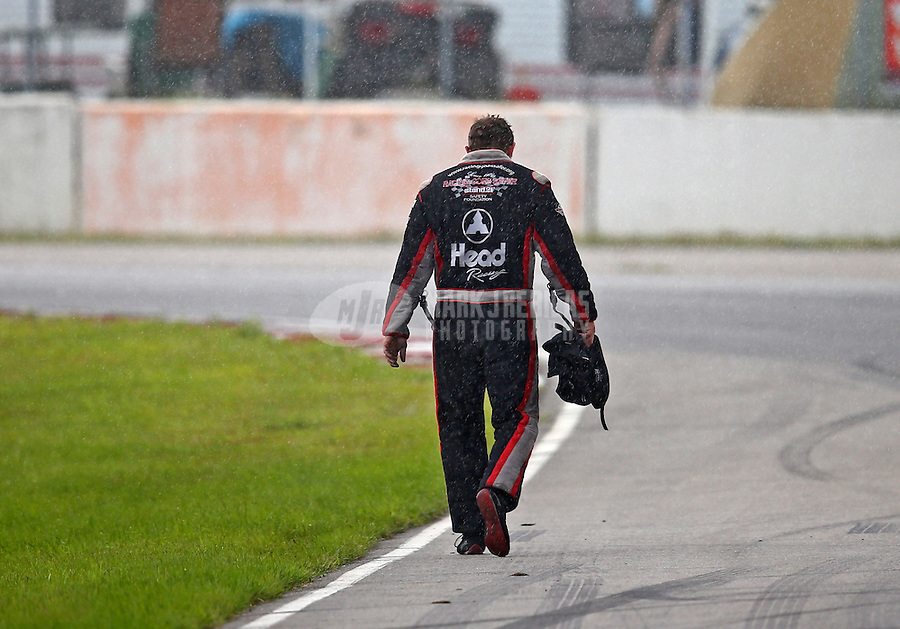 Head's checklist is enough to make the most seasoned multi-tasker ask for a break.

"There's a lot of people that make this thing go, but it's just really kind of steering the ship. Kind of a little bit of adult daycare some days. Just keeping everybody going in the right direction, keeping sponsors happy, getting the invoices approved, working with TRD, working with Toyota, all the crew chiefs, and the chassis shop, the CNC shop. Just kind of working with all the departments and making sure everybody has what they need.

"But it's a lot. I mean, I've been on the road for almost two weeks right now. We went out to Pomona and then had Pomona, had the race, had the banquet, and then now we've been in Fort Lauderdale for a couple of days doing a meeting with DHL. So, it's just kind of nonstop."

Head appears to be a Jack of all trades, master of all of them.

"I'd say, master of none," Head contends.

But then again, Head has also mastered the art of modesty.

What started with a sketch in a U.S. Army officer’s notebook in Kuwait has advanced to a patented sphere brake technology. One of the lynchpins to its success is Jianna Salinas, who has caused True Disruption of her own on the racetrack. #DragRacingNews - https://t.co/Du6WPJllY4 pic.twitter.com/WcOFlr6MnQ