Driving for Manny Buginga last year, Blake Copson was on top of the Duck X world, having won the X275 class in October at No Mercy 11, adding to his Duck X Magic 8 win earlier in the summer at Orlando. Tragically, the 27-year-old's life ended far too soon Mar. 6 this year and the entire Sweet 16 event Apr. 1-3, at South Georgia Motorsports Park was dedicated to his memory.

The Buginga Motorsports '03 Mustang that Copson drove to victory was on the grounds, too, wheeled by Ken Quartuccio, and the pits were filled with racers and fans alike wearing special "BCOP" memorial t-shirts and hoodies to acknowledge and celebrate Copson's life and the impact he'd made in just a short drag radial career.

Prior to second-round eliminations, Copson's car made a slow ceremonial pass down the right lane at SGMP amid silent prayers and thoughts for his family, friends and fellow competitors.

No one at SGMP that day knew Copson any better than Josh Ledford, his tuner, crew chief and closest friend at the track--and the man who flipped the starter's switch that triggered the tree for Copson's last ride.

"Blake was one of the most amazing people I have ever met," Ledford stated. "He called me 'Dad,' but his sister told me that he always said I was the big brother he never had. And that kid really was like family to me. To be honest, I don't even want to be at a race track without him now. I know he wouldn't want me to quit, but it was that boy that kept me motivated.

"Blake was half my age, but he taught me so much, too. He made me a better human being. I don't know exactly what it was, but just his aura changed me, if that makes any sense," Ledford continued. "He wasn't just a client to me; he and his family are a part of my family now and racing will never be the same for me without Blake Copson being here, too." 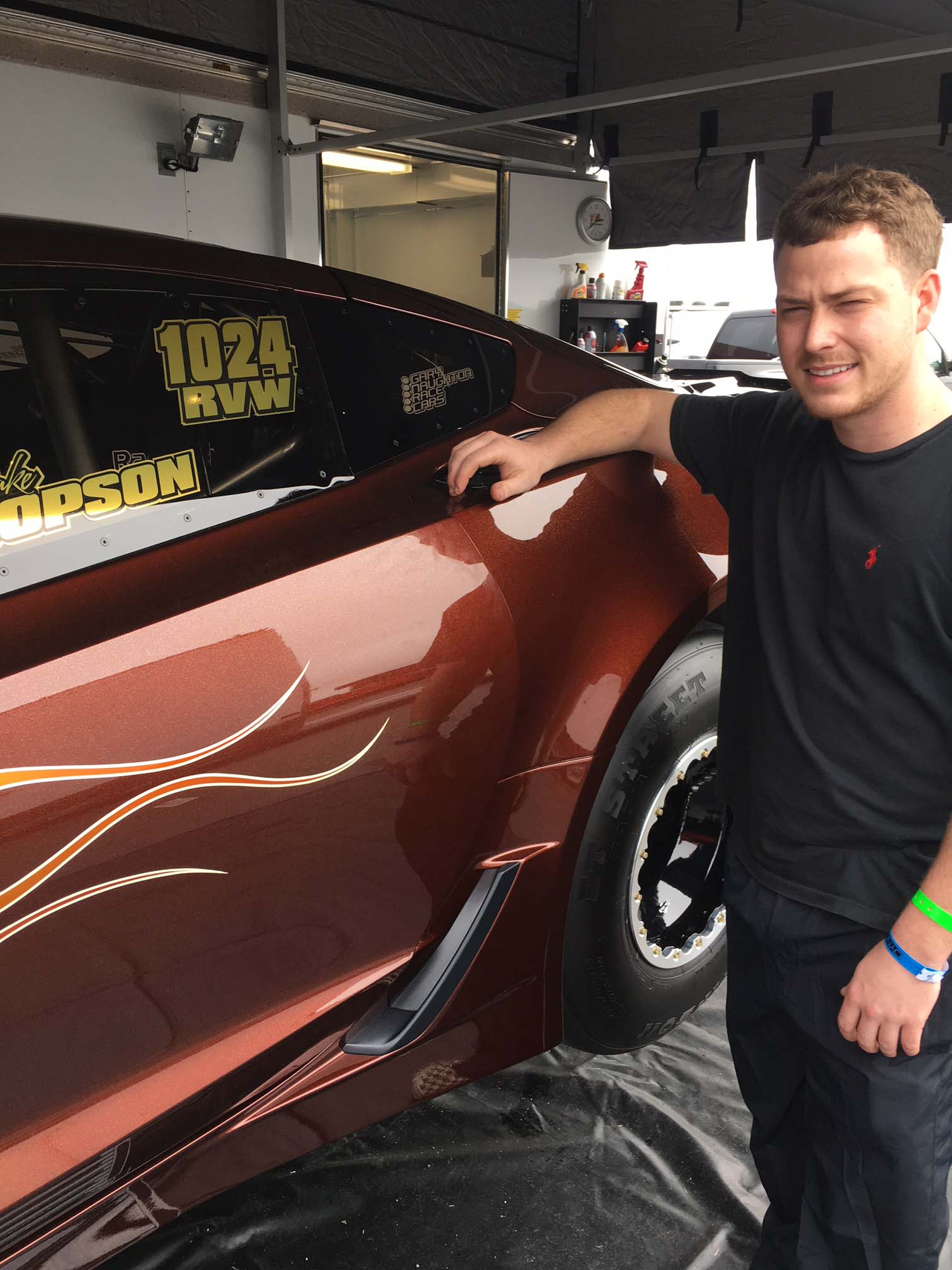 "So I'm still broken, but I will heal. I have to because I know that's what Blake would want. And as he would say: 'Team Tall Tops for life!' which not many will understand, but the closest of the close will get it for sure."

Another of Copson's closest allies and fans was Duck X owner and promoter Donald Long.

"He appreciated everything he had. And for someone that young, I think that's a little bit special in today's world," Conley said. "And he had natural talent as a driver. When he got behind the wheel of a race car he was not very easily rattled. Which again, was very good for his age and for the amount of experience he had."

That Copson was a burgeoning talent was a common theme among drag radial racing veterans.

"To do what he did at No Mercy last year was pretty spectacular," said John Sears, national administrator of the X275 class. "Blake was a real talent and I certainly saw him moving on from what we do here to even bigger and better things, probably in Pro Mod or something similar with NHRA or PDRA or something like that.

"And he was cool under pressure. I remember I asked him about the fierce competition he faced in X275 and he just smiled and said it was some of best racing he'd ever been a part of."

Lee Sebring, lead announcer for Duck X Productions, reminisced about Copson as a young adolescent and marveling at his early success as a teenager behind the wheel of an Outlaw 10.5 car at Cecil County Dragway in Maryland. Then his father, Joe Copson, opted to graduate his son to wheelman of an X275 entry.

"To be honest, we were all nervous because Blake had never actually drove a real race car before, but he hopped in this thing and turned out he was naturally gifted," Sebring recalled. "So it was cool to see the kid actually get into a really fast car. And it was also just awesome to watch him interact with fans, interact with officials and all the friends that he made.

"He obviously had a good car connection with Manny's car, going pretty much undefeated. Just a great natural talent. And of course he'll forever be the Outlaw 10.5 champion because he was the last 10.5 champion, forever in our hearts."