IT'S THE REGIMENTED, CHAOS-FILLED LIFE OF THE DUCK'S BOSS 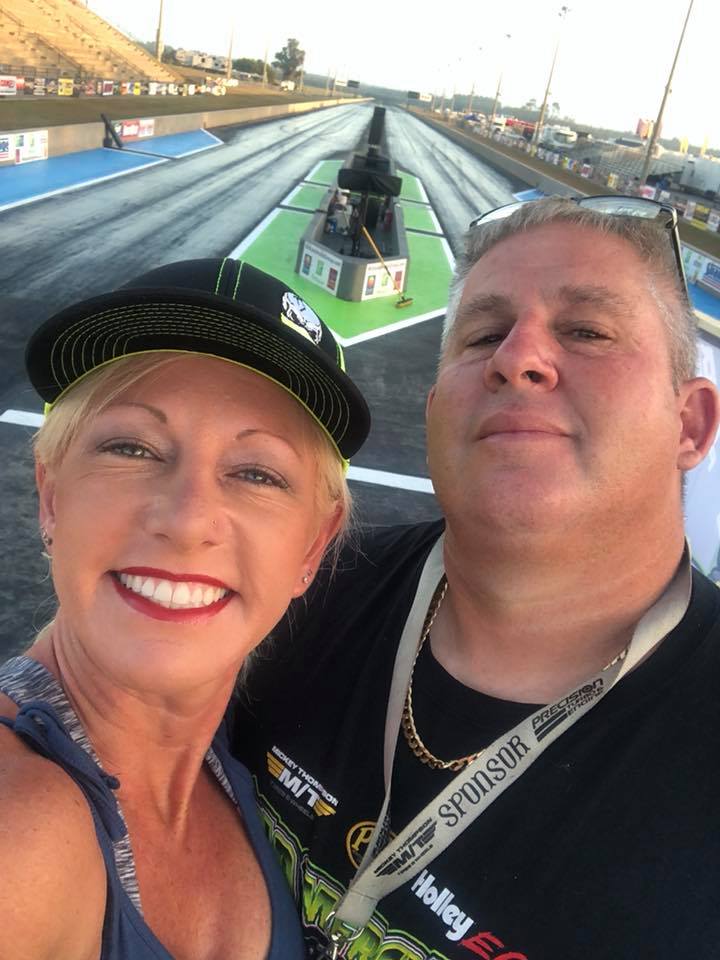 The scene looked every bit like an elementary school teacher taking control of a rowdy playground.

She commenced to screaming orders, pointing fingers and pushing along quickly conforming individuals. However, this wasn't school property, and these weren't intimidated students falling in line.

These were grown men, some tatted up with an image of a pit bull. Some standing with gold chains, muscles and the appearance of taking no crap off of anyone. Except, this time they fell in line.

Stephanie Long was no longer an elementary school teacher in this instance. She was a race official at No Mercy 9, using the skills of gaining order to clear a starting line full of people who had no business being in the restricted area.

"It’s kind of funny because they listen to me because they all call me the boss," Long admitted. "It’s the teacher's voice.

"I still laugh at that because the security guards came up to me afterward, shook my hand, and said, ‘We don’t know how you just did that, but can you teach us?’

"My answer is, ‘It’s the teacher and mom's voice.’ It really is. Because you’ve got to give them respect to get respect. And so you give them a little bit. Like in my classroom, one of the first things that I always did in the opening week of school was, ‘Okay, I trust every single one of you, and I respect every single one of you. Now I expect you to respect me in the way that things need to be run. So once you break that trust, or break that respect, then we’re going to have problems.’ And so I feel that same way with the spectators."

Grown men having schoolyard flashbacks, just another day in the life of The Boss, a nickname of the lady handles all of the logistics many take for granted at the highly Duck X, she's not the wife of radial tire racing's pied piper Donald Long. Donald Long happens to be her husband.

Long is more like the one who responds the phrase, "Would you like to speak with the man in charge or the woman who knows what is going on?"

"You’re talking to her," Long responds with a smile. "And then I respond with I hope that I have an answer for you, and if I don’t, I will get you one."

In other words, she's the one who makes stuff happen if it needs to happen.

She might be headstrong in her approach, but that's not to say Long sometimes gets mentally and physically beaten down from time to time.

"Actually at Lights Out, I finally said, I was exhausted, I had much more on my plate this time than normally because I retired from teaching so I picked up a lot more," Long explained. "I went to my car to hide, and Donald didn’t know where I was, and he was on the starting line, and he sent me a text message, and he said, ‘Where are you?’. I said, ‘I’m in the car hiding,’ and he said, ‘Well, I need you on the starting line. They won’t listen to me; they won’t get off."

"I said, ‘Well, I guess you’re just going to have to figure out how to be the boss."

"It was a priceless moment; it really was."

Long, from her first Lights Out event, Lights Out 5 to be exact, understood taking control of a seemingly uncontrollable situation was not an option.

"We had to call the race, I remember. We were trying to figure out if we were going to run it through Monday, which we did stay through Monday and then we had to call it and I had to sit there, and you know we split the money for all the racers," Long explained. "It was from that moment on that the racers started calling me The Boss and so it stuck with Donald. That’s where it came from."

For the record, the job title of Boss comes with such essential duties as
writing tech cards, a chore she undertakes to let the racers to know how much Duck X Productions cares.

"I wanted it to be that personalization," Long said. "I hand write every package that I deliver or mail out. It’s very personal to me to make sure that these racers know that we care. That’s why I’ve gone so far to try to find the best trophies that you can find."

Yes, those impressive trophies the racers take home, were designed by her too.

"I just want the best for them," Long said. "And again I’m not taking away and saying that Donald doesn’t, because I know that his heart and soul is there too. But his persona has to be the way he is, and mine has to be the way mine is. So mine is more on the back side. And we joke around about promoter of the year, and I’m pretty sure that if we do do a fan call, I’m pretty sure that I would get it only because of my photos."

In the world of Duck, the ability to multitask is imperative.

"I love seeing and I love communicating with everybody," Long said. "But what they don’t realize is, when I was hiding, and this time I was hiding in my car much more, because I have my laptop open and I’m answering every question on Duck X that I possibly can because even though we’re in the middle of a race, people still think that we should be answering them immediately. That way Donald doesn’t have to worry about that."

Long might be considered the boss, but she is adamant her role is a supportive one.

"My goal as the boss is to make sure that Donald has fun," Long explained. "Yes, he does get stressed obviously when certain things aren’t going the way that they should be, as we all do, but I want him to enjoy his race. I don’t want him to go in feeling like there’s so much disorganization that he can’t enjoy it. I honestly, this last race, I finally saw the laughter in him because he, and I think it was because I’m more at home to be able to help him with that and I’m not splitting myself in 50 different directions."

So what keeps her coming back to an apparent thankless job?

"I’d love to say that I keep coming back for Donald, and I would, and a part of me does because that’s his passion," Long said. "My passion is bodybuilding, and he’s always right there next to me for that, always asking me, ‘When’s the next show?"